WHEN it comes to sharing her family life on social media, Peta Todd is not one to shy away from the relatable, messy bits.

Much like celebrity mums Stacey Solomon and Fearne Cotton, she is soberingly honest with her followers about the difficulties of parenting four children, much of which she has to do alone because her husband of eight years, professional road cyclist Mark Cavendish, 36, spends so much time away competing internationally. 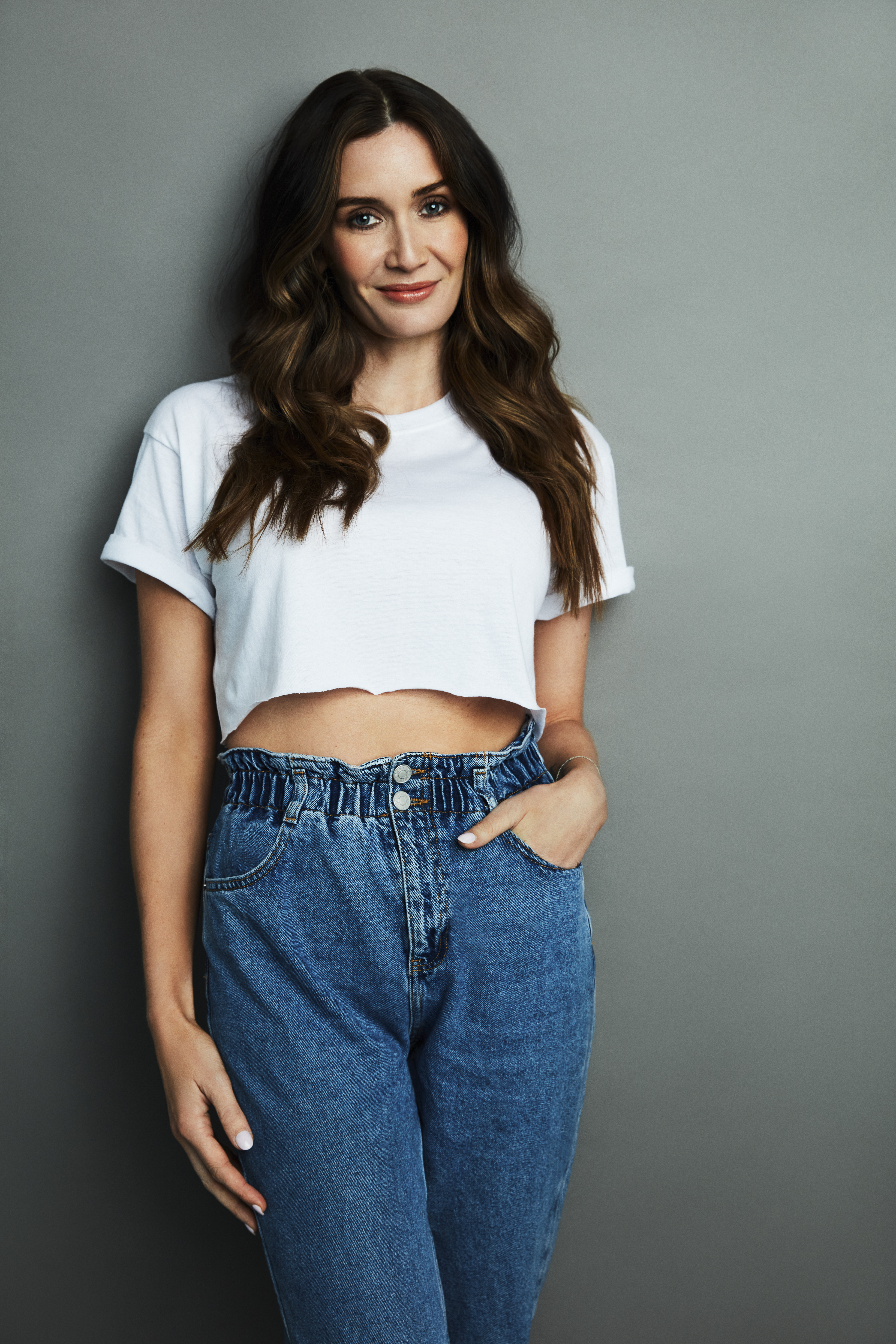 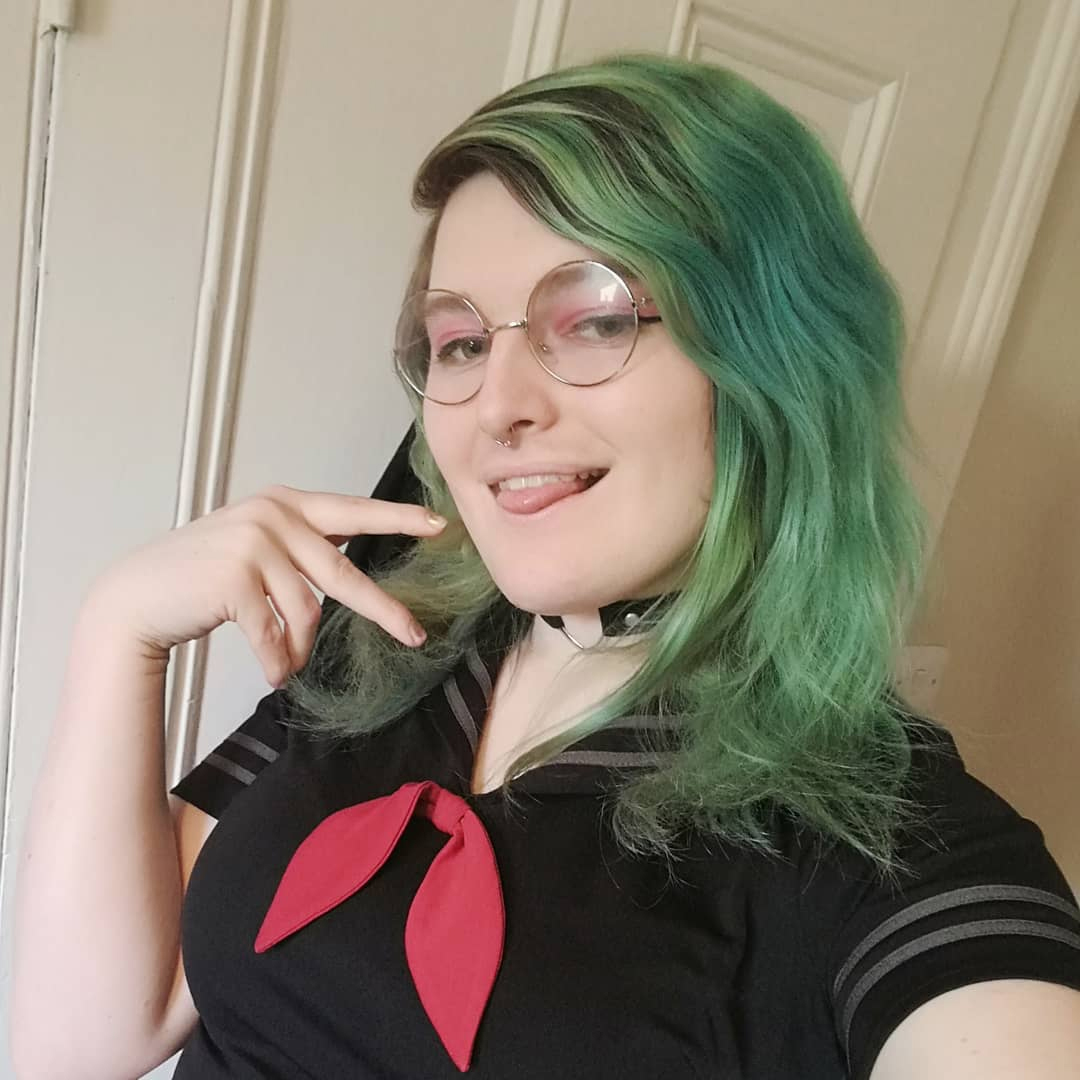 On Instagram, the former model is particularly open about her struggles in raising her son Frey, six, who has special educational needs and who, over the years, has required numerous surgeries and assessments to help him hear, after he developed sepsis as a baby.

At home, there’s also her eldest child Finnbar, now 15, who she had during a previous relationship when she was just 19 (“only a baby”, as she says), plus Mark and Peta’s eldest child Delilah, nine, and Casper, three, who is “wild” and who Peta jokes “would have been our last if he had come first”.

Alongside full-time mum duties, Peta is now hosting our Fabulous podcast Things I Told My Daughter, in which she talks to celebrity mothers and daughters about their relationships and the wisdom that’s been passed between them over the years.

So we sat down with Peta to talk about her own experiences of motherhood, her sibling transitioning and how she copes when Mark’s away.

Hi, Peta! We love how honest you are about the realities of parenting…

I think as mums in general we’ve done ourselves a real disservice in not talking about the things that are difficult and trying to do it all.

And I’m the absolute worst at it.

I try to do everything myself and I hate to ask for help.

Even now that I’m aware of it, I still do it and there aren’t enough hours in the day.

It doesn’t make you a bad parent, it doesn’t mean you don’t love your kids to accept that sometimes you don’t enjoy it.

But there are days that you wake up and you can’t wait for bedtime.

Your husband Mark is away a lot – is that difficult?

Before I met Mark, I spent a lot of time on my own when it was just me and Finn, so I’ve always been quite capable.

I’m happy with my own company, which is lucky, and when I met Mark I knew that’s what his life was.

I also understand it’s Mark’s work, and he’s not just off living his best life all the time.

I’m human – so there are definitely times when I feel resentful about stuff.

Sometimes I tell him he’s a d**k and sometimes he tells me I am.

Mark spends a lot of time on his own and I know he finds that really difficult.

He misses the birthdays and the sports days, and he’s in a hotel room by himself. You just have to recognise and understand each other.

What are some of your biggest worries as a parent?

Delilah is nine going on 19, and sometimes she takes on so much more than she needs to.

The two younger boys are both at school with her, and she worries about them all of the time.

“Have they eaten? Is Frey OK?” When it comes to TikTok or social media, I try to hammer home to her that what you see is not real.

And as long as she understands that, and she takes it for what it is, that’s fine. I was 19 when I had Finnbar, so we grew up together.

We have a very good relationship now, and I’ve always said to him: “Tell me the truth and I’ll help you. Just don’t lie to me.”

When I was a kid and you were going out, there would maybe be a fight, but nobody was really getting stabbed or anything like that. It puts the fear of god into me.

Frey has special educational needs. What has that experience been like for you?

Frey had sepsis when he was eight weeks and through that he lost his hearing, which obviously you’re not aware of straight away – it became more obvious as he got older.

He’s had three surgeries so he hears now, but it’s not perfect.

And obviously if you haven’t heard for a really long time, that really affects your social skills and your speech.

He speaks with a bit of an American accent, which is pretty cute.

If I’m at races or events [for Mark] when everyone is looking anyway and he doesn’t necessarily present in the most typical way, people will think he’s having a temper tantrum.

That was difficult before because I didn’t want that judgement on him. He is in the process of an autism assessment now.

Was there ever a point where you felt like you couldn’t cope?

It was really difficult when I was going through the hospital appointments, surgeries and assessments.

I felt completely isolated and I withdrew from friends because it was like I couldn’t feel enjoyment from their kids and what they were doing because Frey wasn’t doing it.

I was so worried, like, was he ever going to say “Mum”?

Friends would try to comfort me and I knew what they were trying to do was the right thing, but I was offended by everything they said.

I used to just sit on my drive and cry.

I was never someone that shared his bad moments online, but now I definitely know it helped people when I spoke about it on Instagram. It felt like a massive support to me, and I never thought I’d feel that from a load of strangers on the internet.

Your younger sibling Faye transitioned from a man to a woman four years ago. What was that like?

For me as a sister, as long as they’re happy, it’s cool with me.

I was of a generation where I didn’t understand it all, but I said to them: “If I ask questions, it’s because I want to understand who you are and what you’re going through.

"I want to be able to be there for you, but if there’s something you don’t have the answer to, just say no.”

Although we’re moving towards a time where people are a lot more understanding of trans people and their journey with transitioning, there’s still a long way to go, and I know what people can be like.

I’ve got so much hope for future generations because my children haven’t batted an eyelid at it.

I’m really proud of how [Faye] has embraced what’s going to make them happy.

I think the worry I had was that I wasn’t going to know them any more, but I couldn’t have been more wrong, they’re exactly the same person they’ve always been.

Why did you want to do Fabulous’ Things I Told My Daughter podcast?

I’ve always liked people and conversations, and obviously I’ve got like 10,000 kids, so that parent dynamic is really interesting to me!

It has been a real privilege to sit in on some of the conversations that we’ve had on the podcast, because there are definitely things that have been said between the mothers and daughters that would never have happened organically.

Some of them have been hard to hear, and I know we’ve had some tears.

It’s been really interesting to see people whose persona you think you know, and actually getting to see them speak as a parent.

It’s been a completely different side to them. 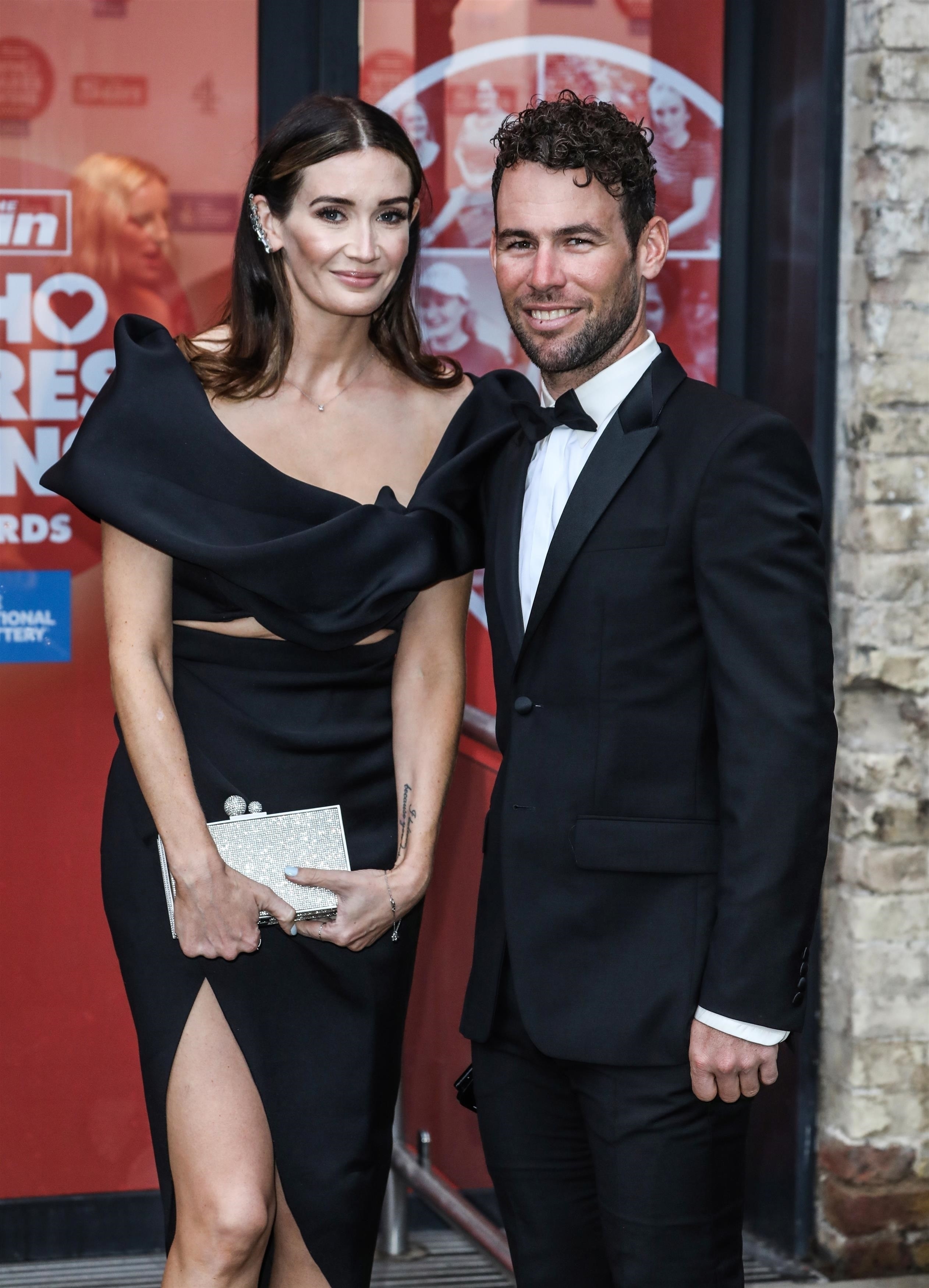 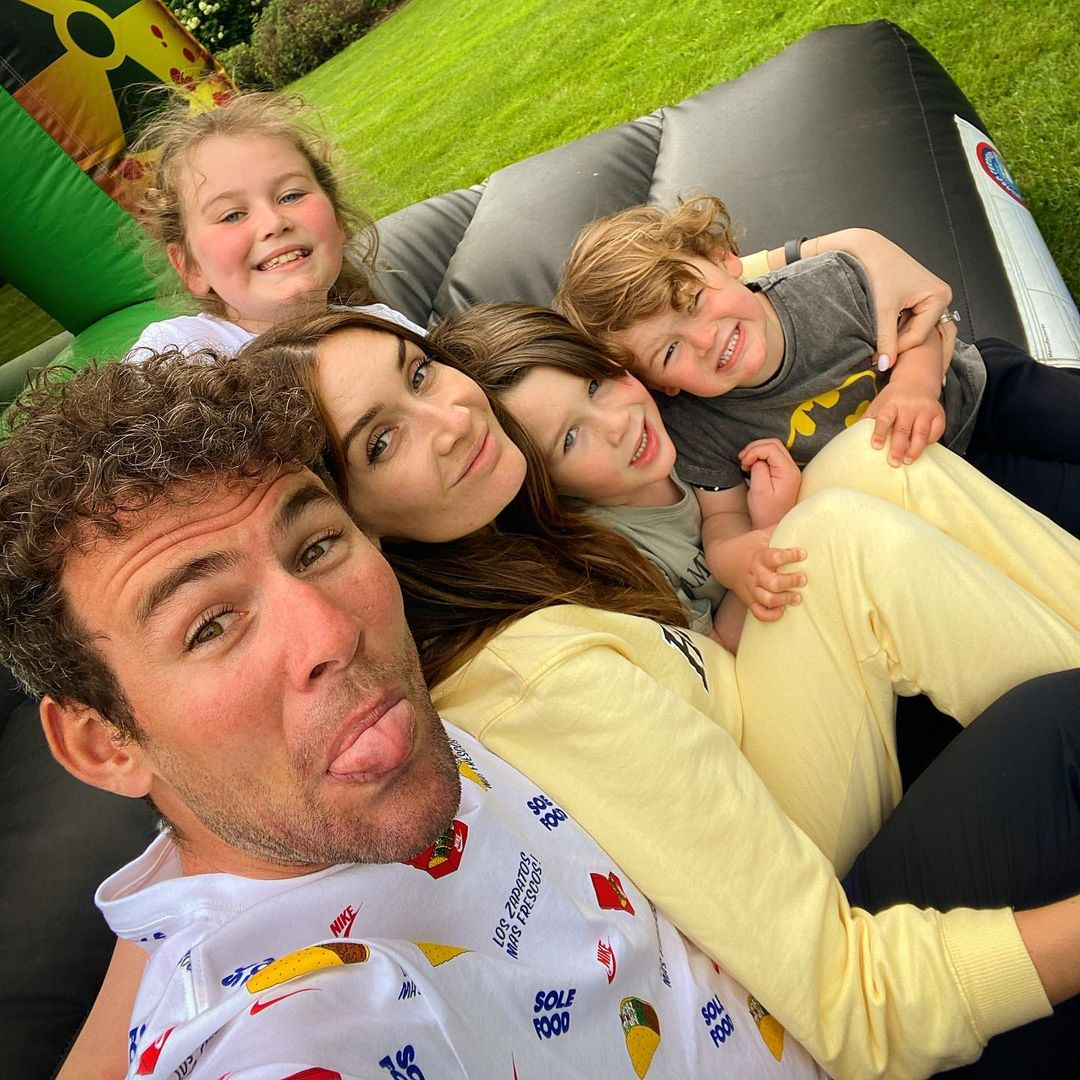