Pete Davidson and Phoebe Dynevor are totally twinning with their new necklaces. The Saturday Night Live comic, 27, and the Bridgerton star, 25, have been spotted wearing matching jewelry.

Davidson and Dynevor, who are both doing press for different projects, were spotted in separate interviews wearing the same intricate necklace. The design, which appears to be custom, shows the initials “PD” interlocked. The actors both have the same initials.

During an appearance on NBC’s The Tonight Show Starring Jimmy Fallon on April 6, Davidson wore his initial necklace over a dark tie-dye sweatshirt as he discussed SNL and The Suicide Squad.

Meanwhile, the British beauty wore hers over a tan argyle sweater during a Q&A session on YouTube. 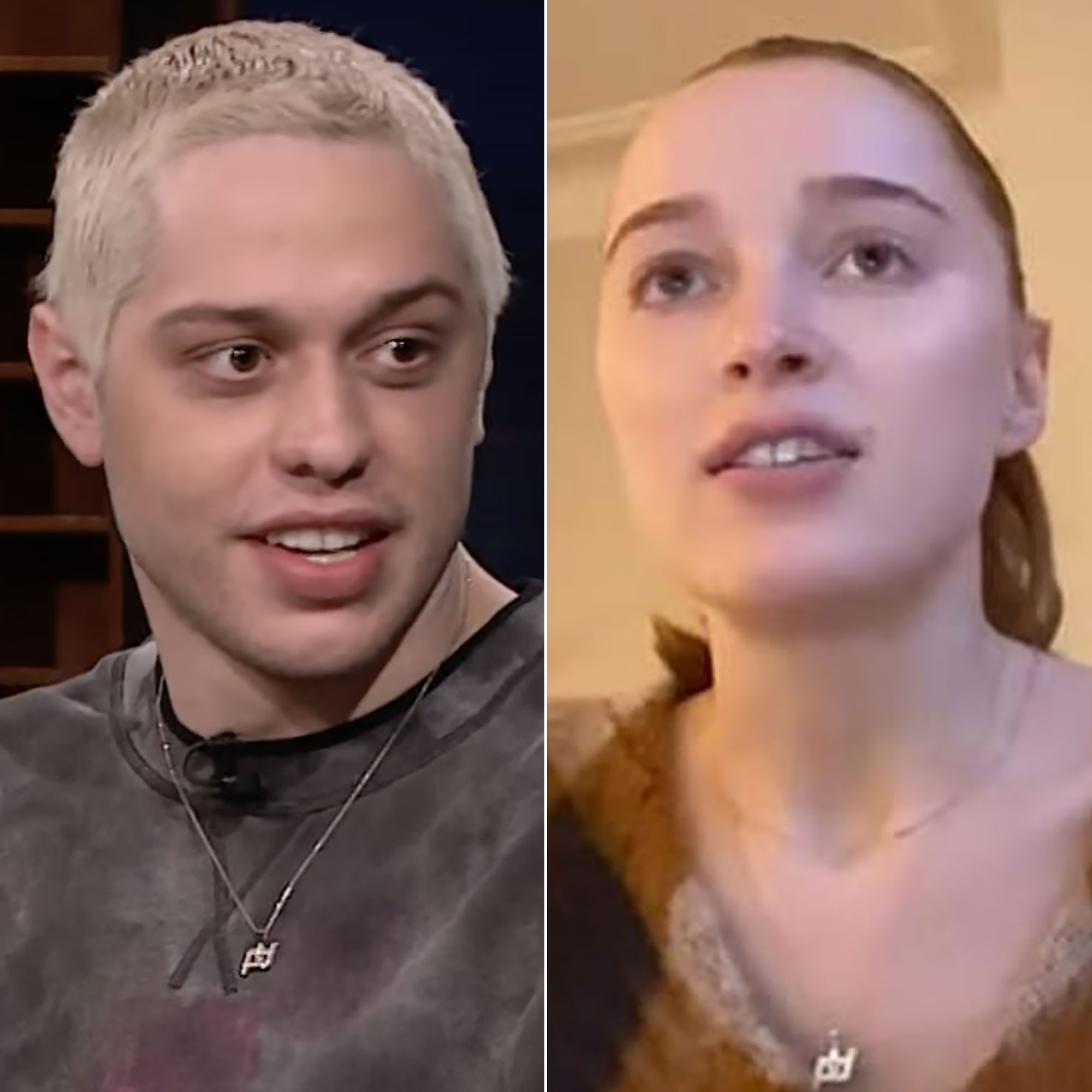 She is currently in London, where season 2 of Netflix’s Bridgerton is filming, while Davidson is working in New York City. Sources told Us Weekly that the long-distance relationship is still thriving despite being an ocean apart.

Are Bridgerton’s Phoebe Dynevor and Pete Davidson Dating? Why Fans Think So

“Pete and Phoebe are still going strong despite not being able to physically spend time together,” a source revealed exclusively to Us on April 5. “They keep in touch over text and FaceTime. Right now, they’re just focused on work. … They’re not looking to rush things.”

The two were first linked in March and Us confirmed the relationship earlier this month, so the romance is still new. The two have yet to directly comment on their connection, but on Sunday, April 11, Davidson coyly teased during a virtual Q&A, “I’m with my celebrity crush.” 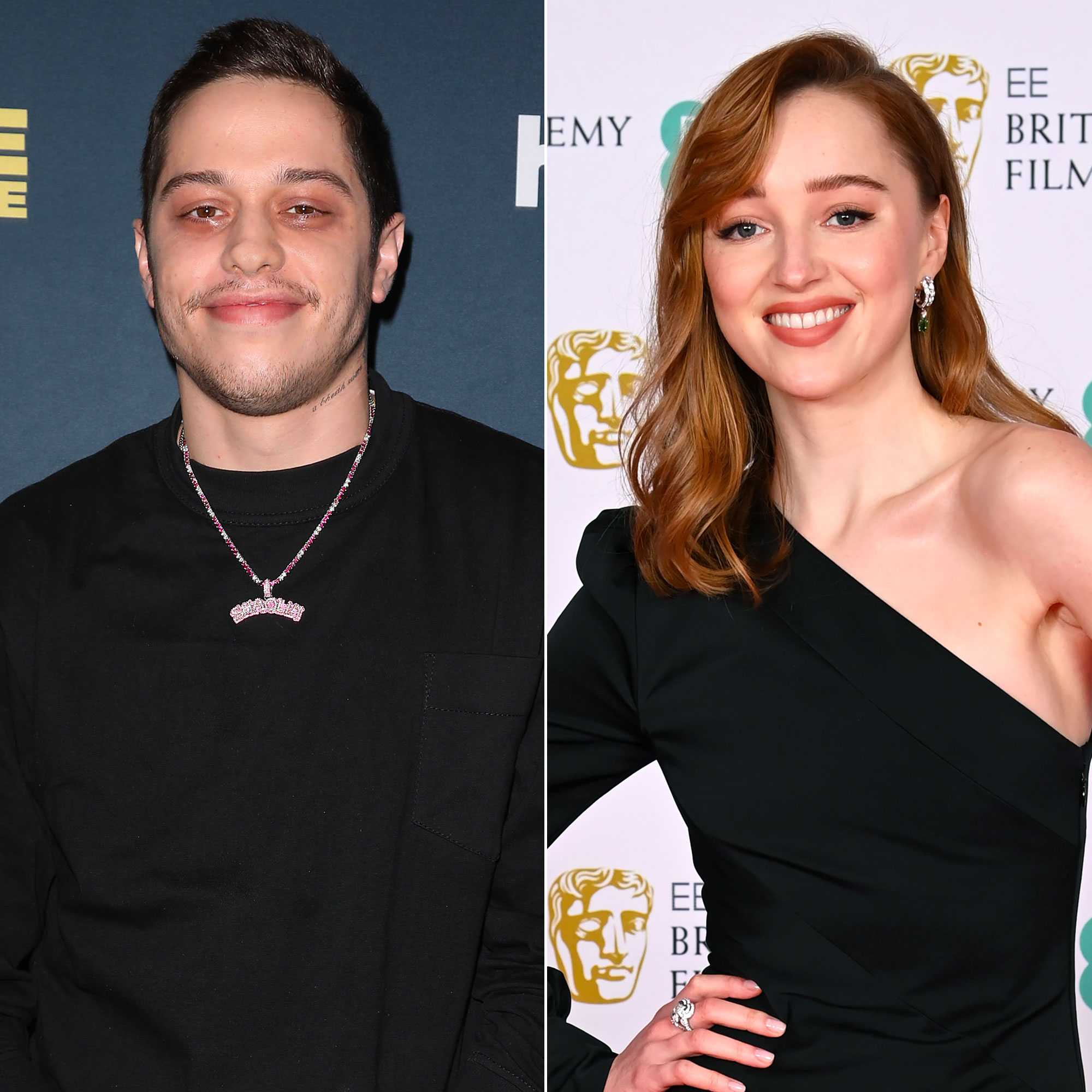 Unlike Davidson’s famous engagement to pop star Ariana Grande, he seems to be taking things slow. Previously, Davidson has been linked to Kate Beckinsale, Margaret Qualley and Kaia Gerber.

The Younger actress is already smitten with her new beau. “They’re happy with each other,” the insider dished. “He makes her laugh. Pete is a good guy and definitely a charmer. He’s easy-going and fun to be around.”

The King of Staten Island star has, however, made one major move since dating Dynevor. He officially moved out of his mother’s basement, as revealed in an April 2 TikTok video. He’d bought a house for his mother and converted the basement into his own apartment, but the actor has finally left the nest, moving into some new digs.