The outspoken TV host was accused of being “obsessed” with size-26 Tess Holliday, after he protested against her gracing the cover of October’s issue of Cosmopolitan. 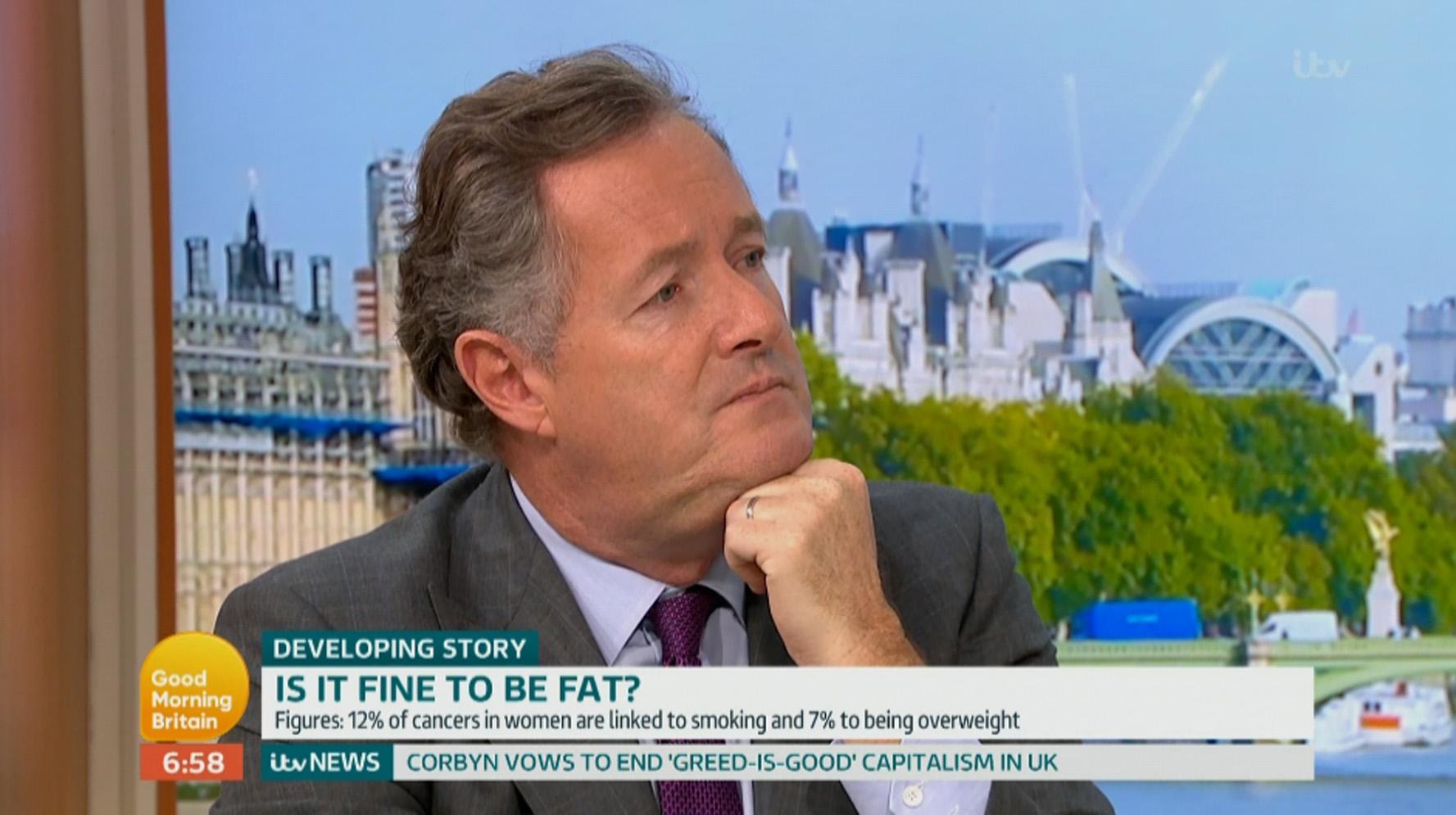 The latest in the spat between the host and the model saw Tess’ agent flatly refuse an offer to appear on the ITV morning show.

With Piers angling for an opportunity to debate her weight face-to-face with Tess, he revealed she had turned down an offer to chat on GMB.

Piers tweeted: “We formally invited her this week.

“Ms Holliday's agent came back with one word: 'No.'” 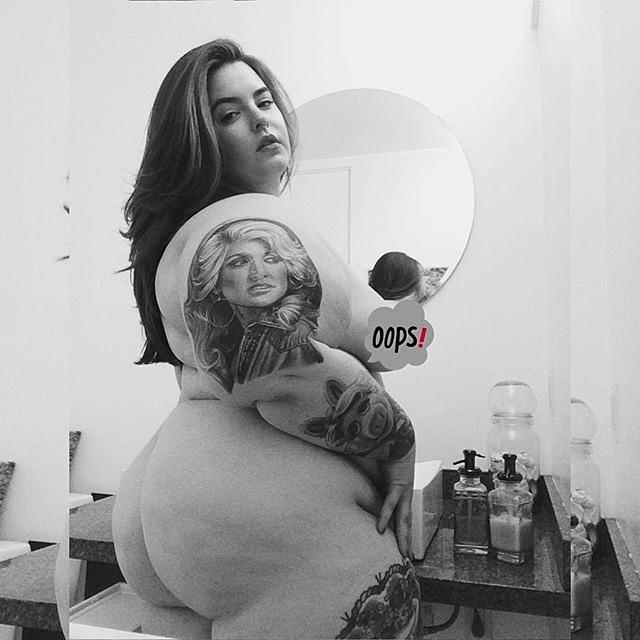 On Wednesday morning's show, Piers and plus-size models Helen Dee, a size 20, Olakemi Obi, who wears a 16, and size 18 Gemma Cruickshank, had a heated exchange on the TV show.

The 53-year-old stood by his criticism of Tess, who is classed as morbidly obese, for ‘glamorising obesity’.

But Ms Cruickshank argued: “I think putting a label on everybody who comes under the BMI of obese or morbidly obese is actually quite ignorant.

“As you can see we're very different, we're all very diverse in who we are, we are completely different personalities, the way we carry ourselves is all different.

“I've been 28 stone and I've lost 13 stone because I felt at the time it was something I needed to do.

“I had no health complications, none, in the long run possibly.” 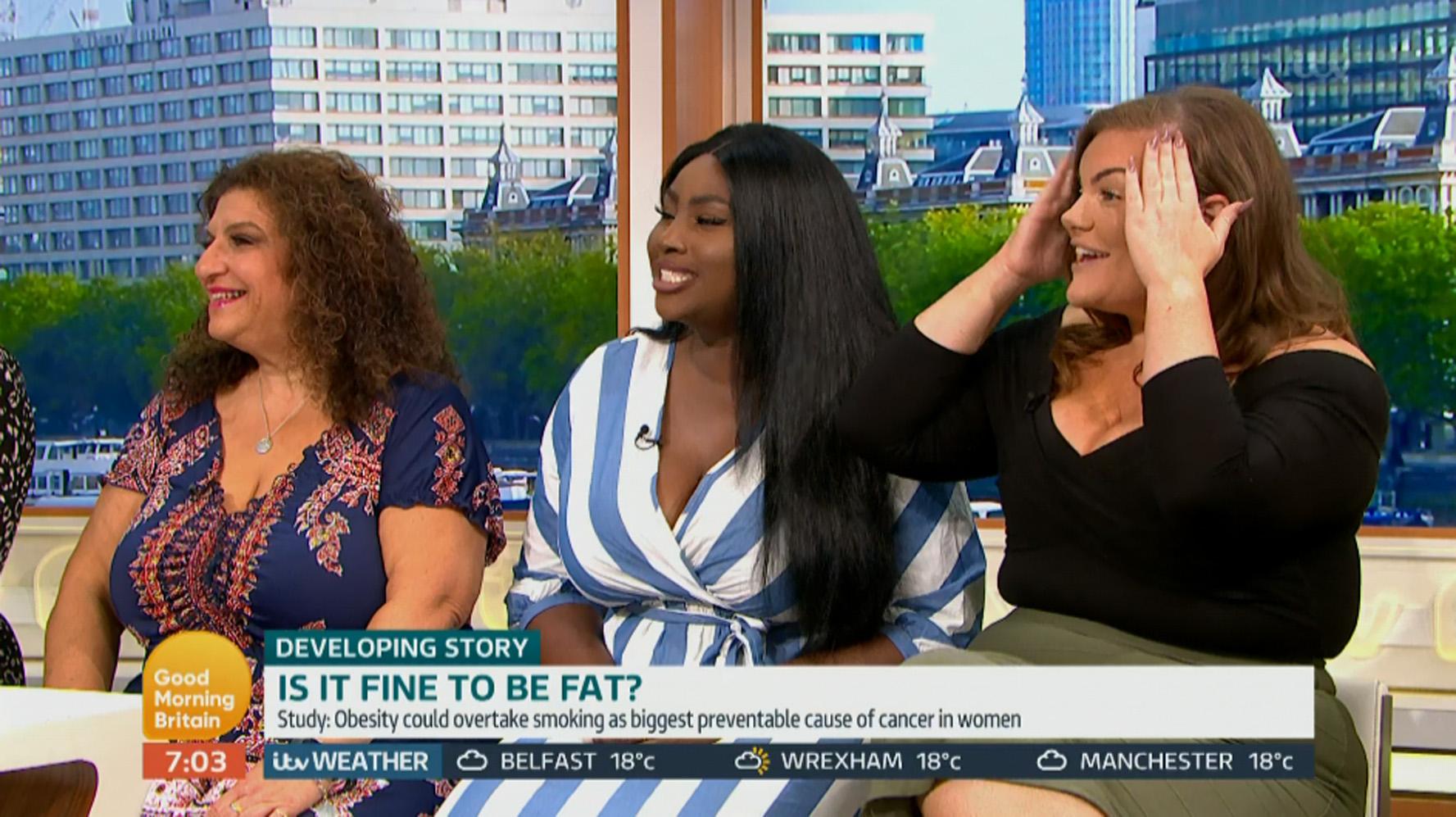 The women were invited onto the show for the segment ‘Is it fine to be fat?’, debating fresh evidence which revealed in the next 25 years obesity will overtake smoking as the number one cause of female cancer.

But the conversation soon returned to mother-of-two Tess, with Piers stating the US model is profiting off her size, and there was simply no “incentive” to lose weight.

But Ms Reid argued that 20 stone Tess would stand to make more money if she lost weight.

She said: “You know how the celebrity industry works, if she were to lose 100lbs the money she would make off that.

“She could double her income by doing a weight loss DVD by selling her soul by writing a book but she doesn't want to.”

And she accused Piers of being “obsessed” with Tess. 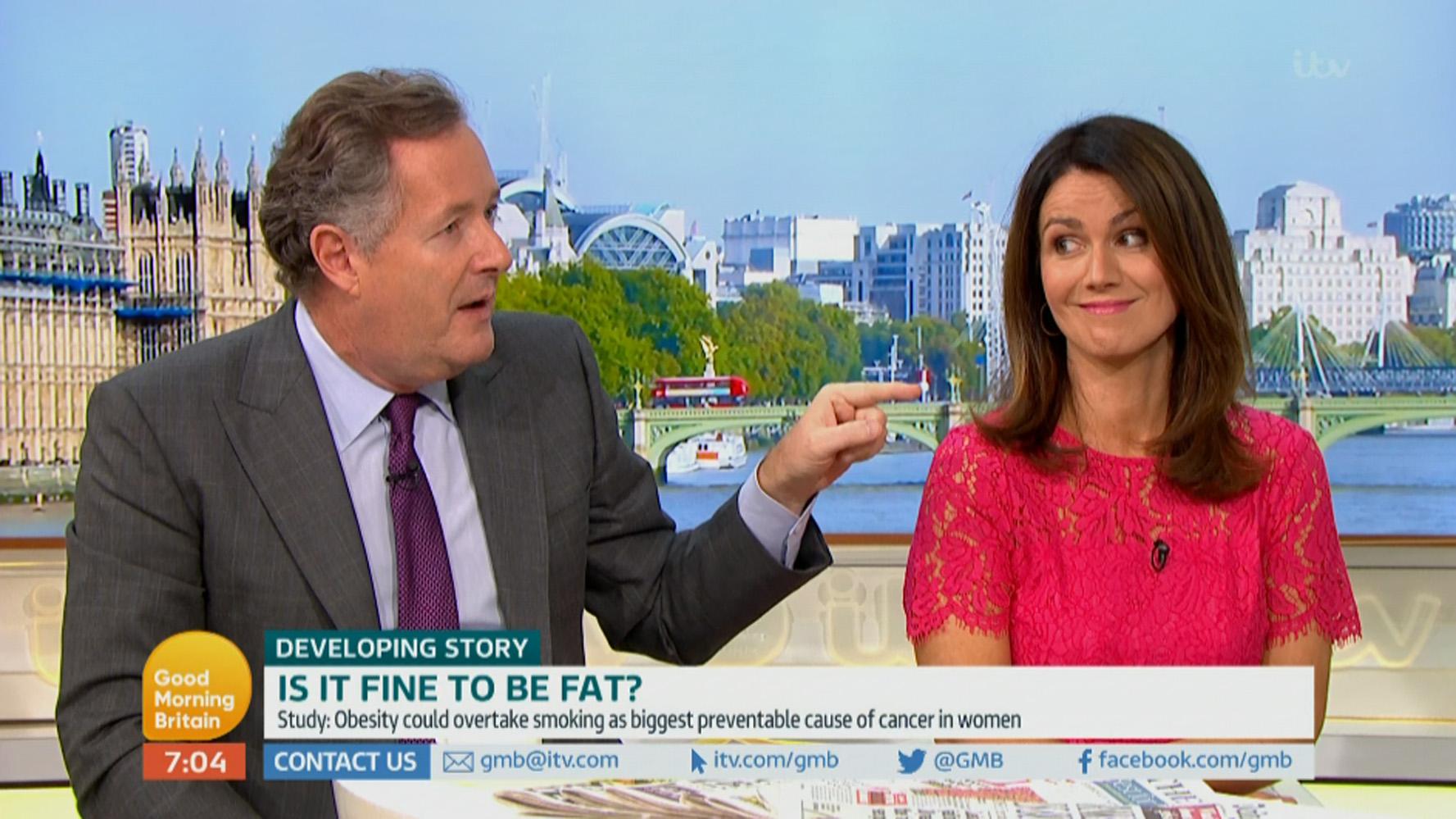 She added: “Why are you so obsessed with her?

Ms Dee claimed that Tess, 33, was in fact “happy” with her size, regardless of the potential health complications of her weight.

Piers continued to fight his corner, saying: “She is what is classified by every doctor as morbidly obese, not my phrase, because of the weight ratio to her height, which takes you into a dangerous phase of your health where you're much more susceptible to disease and so on. 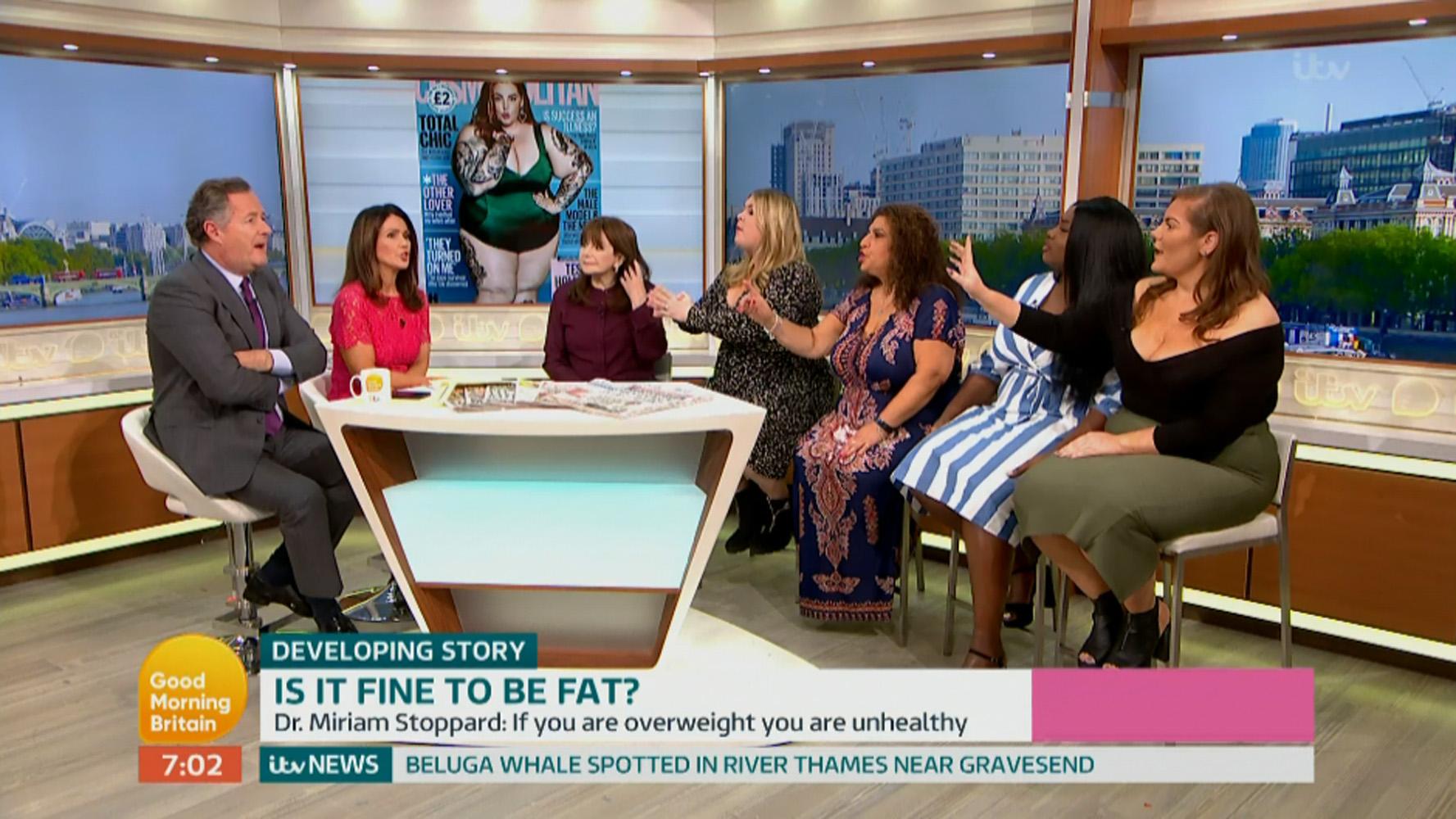 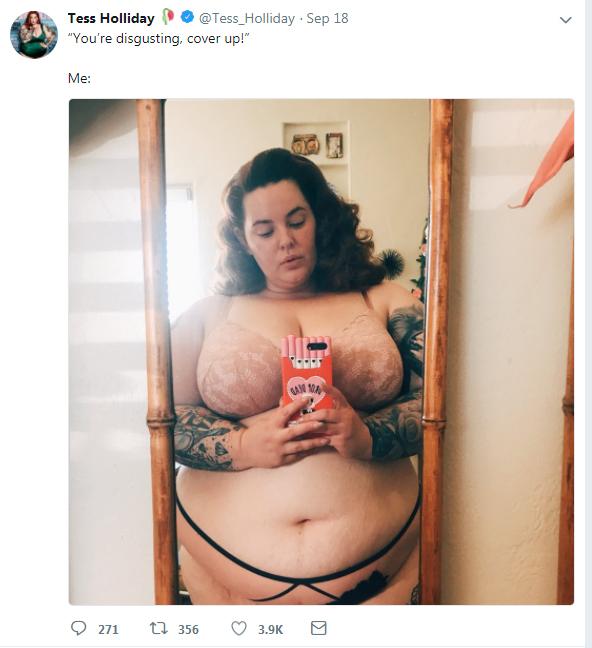 “My argument is should we be putting models like Tess Holliday on the covers of magazine with a long interview that never once suggestions that this could be an unhealthy image to promote? I say no.”

Defending her cover shoot, Tess told This Morning earlier this month: “I am not putting myself on the cover and saying ''hey guys let's all gain 300 pounds and be fat''.

“I am literally just existing in my body. I don't have to prove to anybody that I am healthy.”

If you missed the argument, Piers Morgan said ‘morbidly obese’ Tess Holliday is on a ‘pathway to sickness, misery and possible death’.

And he said Tess Holliday’s underwear selfie was ‘very sad’ and says she ‘needs better friends’.