Only a few months ago in June, Pride in New York City was ostensibly canceled. Like the rest of the world, the city was in the midst of navigating COVID-19, with any type of large gathering out of the question.

While it may seem a blow to a community that in 2019 celebrated world pride with countless events throughout the city, culminating with a parade of branded floats, what the pandemic — alongside the civil unrest arising from the killing of George Floyd — birthed, was a different kind of pride month.

Like many in America, the LGBTQ community took to the streets to protest and join the Black Lives Matter movement, staging gatherings like the March for Black Trans Lives, held at The Brooklyn Museum. The event saw 15,000 people show up to help shine a light on one of the most marginalized parts of the queer community, which bears a disproportionate burden of police violence. On the last Sunday in June, the community held the Queer Liberation March, which drew several thousand vocal demonstrators, focusing on protesting police brutality and racism.

Protest is a form of expression the LGBTQ community is acutely familiar with, most notably linked to the Stonewall Riots in New York City or San Francisco’s Compton’s Cafeteria Riot. And rights for the LGBTQ community is a cause the fashion industry is intimately invested in with several generations of queer designers, buyers, editors and influencers who lived through the peak of the AIDS crisis and saw their existence disregarded during the Clinton administration, where “Don’t ask, Don’t tell“ was the country’s directive. 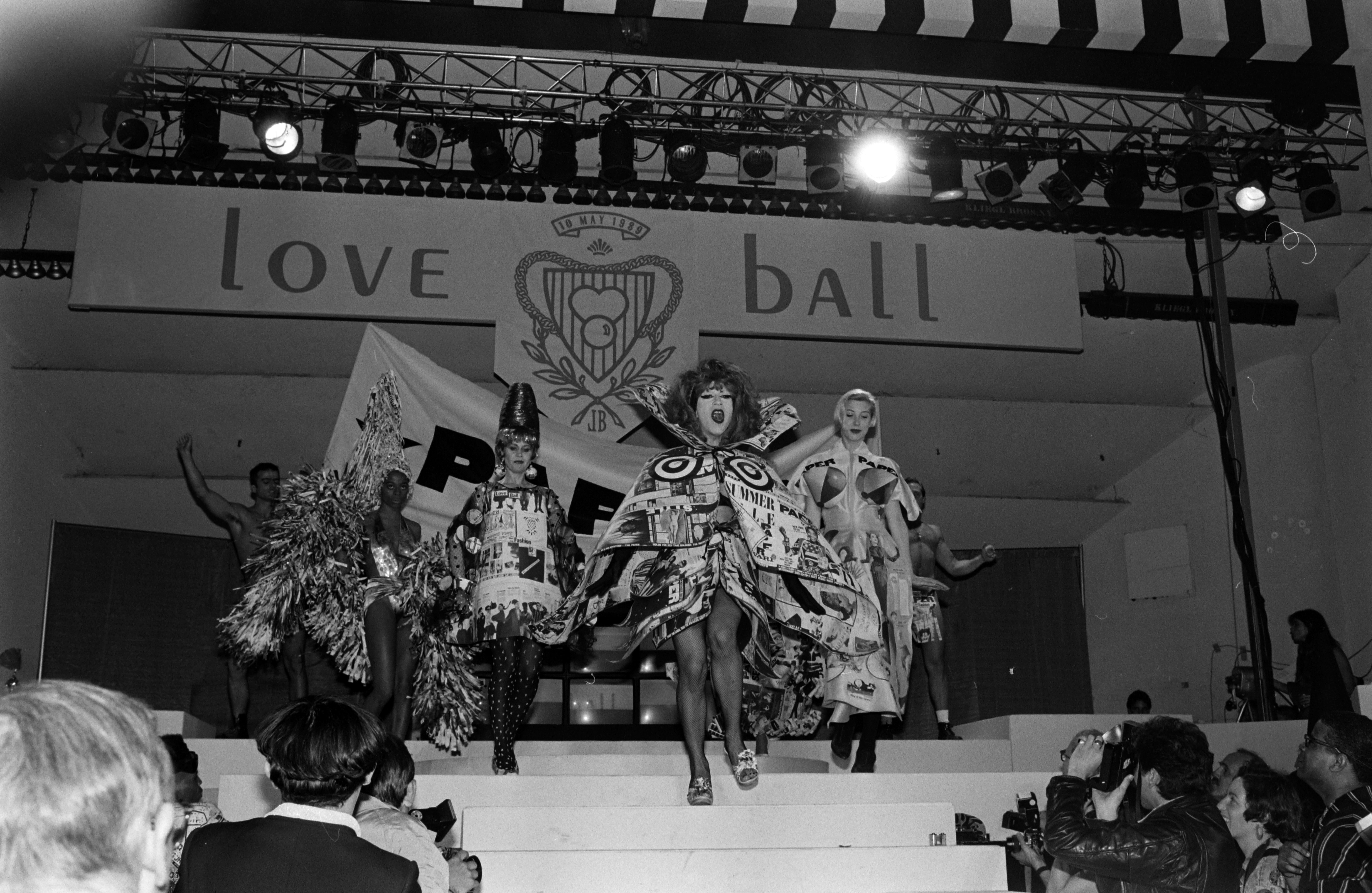 Over the years the fashion community has taken up causes close to the LGBTQ community with events like, in the Nineties and early Aughts, the immensely successful Seventh on Sale event spearheaded by Donna Karan and backed by most of American fashion to raise funds for AIDS awareness; the AmFAR gala, which once counted Kenneth Cole as a board member; the Jeffrey Fashion Cares fashion show created by Jeffrey Kalinsky, or Susanne Bartsch’s Love Ball, each helping to raise funds for LGBTQ-related causes year after year.

Under the Obama administration the queer community saw great strides forward — marriage equality passed in the Supreme Court, “Don’t ask Don’t tell” was repealed, and the ban on transgender individuals in the military was lifted. At the same time, Michelle Obama highlighted American fashion by wearing a mix of then-emerging brands and members of the LGBTQ community, like Jason Wu, Thom Browne and Prabal Gurung.

The LGBTQ community has since seen several layers of that progress stripped away under the Trump administration, which banned transgender individuals from serving in the military, placed barriers on access to health care, and used the Department of Justice to argue that the Civil Rights Act doesn’t protect workers from discrimination on the basis of sexual orientation (an argument the Supreme Court rejected in a groundbreaking ruling), not to mention the recent confirmation of Associate Justice Amy Coney Barrett to the Supreme Court, which has the potential to further jeopardize progress for LGBTQ rights.

Now, with only a few days to go before Nov. 3, the fashion and LGBTQ communities have been more vocal and engaged than ever on social media, and have spearheaded campaigns to get out the vote in recent weeks.

Here WWD speaks to five designers to get their take on the LGBTQ rights movement, how much progress has been made and their concerns for what lies ahead. 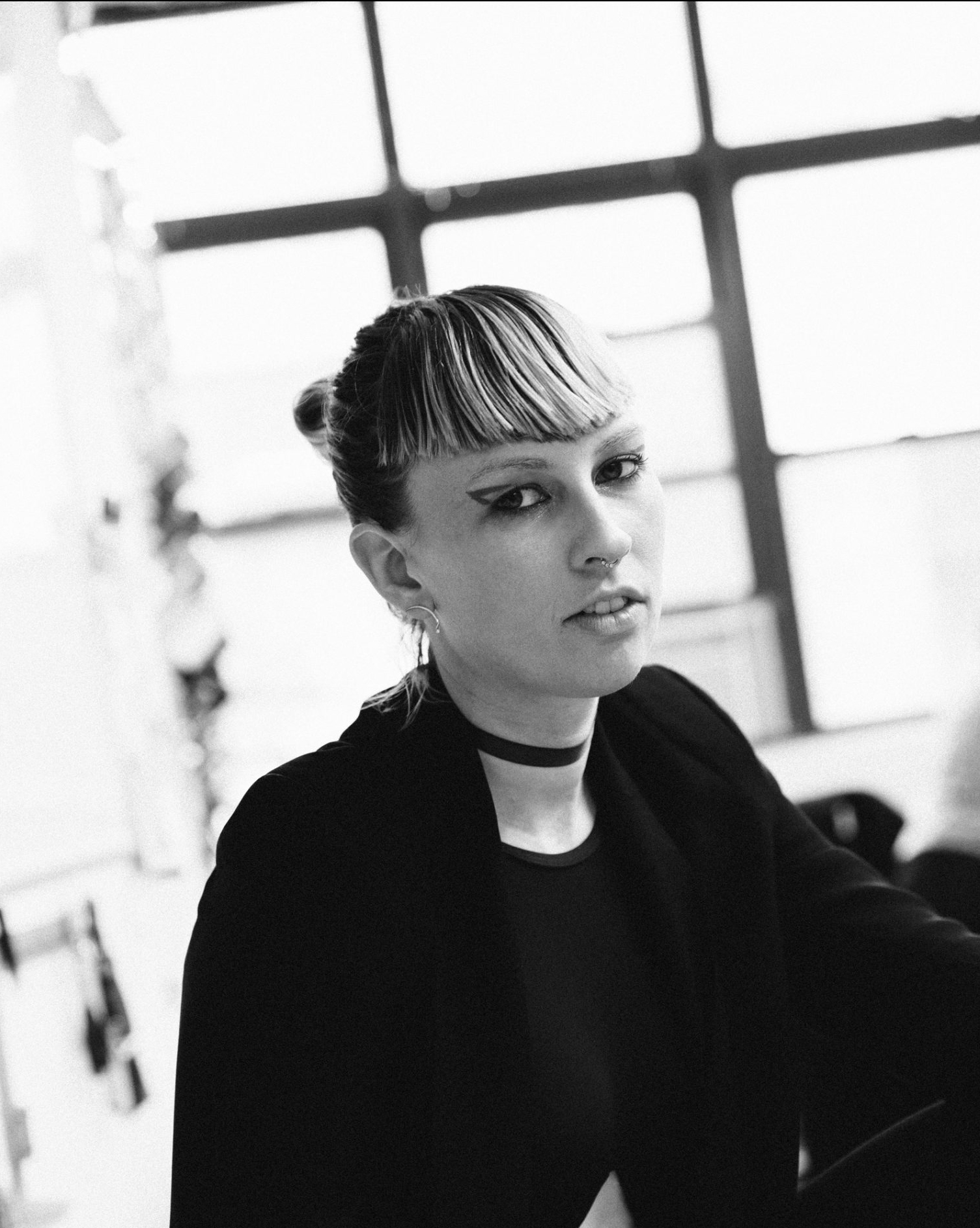 WWD: As a queer designer you get to speak to a community you have a personal connection with. How does that influence your creative process and ideas?

Becca McCharen-Tran: Being a lesbian fashion designer means that nothing in my work centers the straight male gaze. I’ve never made clothing to appeal to men and I always prefer to work with women or non-binary photographers when creating the imagery. As a queer designer, I’m lucky to have such a diverse, rich and abundant creative community to collaborate with!

WWD: Have you faced any discrimination in your career?

B.M.T: That reminds me of a conversation I had with my sales team many years ago. (And honestly so much has changed since then). They told me that they love how Chromat features so many trans models and plus-size models on the runway, but when retail buyers (who are mostly middle-aged, white, straight cis women) come in to view the collections, that they want to be sold a dream, something they can aspire to be. Alluding to the fact that the buyers didn’t see those models as aspirational. But I’ve found it has been much more powerful to open up that “dream” to more people.

WWD: What more do you think the industry at large can do to help push progress for the community?

B.M.T: There are so many amazing brands led by Black and queer/trans women of color that the fashion industry could invest in — not just in press, but in wholesale support, retail connections and production infrastructure. I love labels Gogo Graham, No Sesso, Coco & Breezy, Le Chanteur and Kris Harring.

I think the fashion industry at large will only change once the decision makers at the top change, and that includes who owns and operates the fashion labels and publications.

WWD: Is there a seminal moment that comes to mind in terms of LGBTQ rights movement in the past 40 years that has had a lasting effect on your activism today?

B.M.T: Juliana Huxtable’s #shockvalue and Christine McCharen-Tran’s Witches parties in Brooklyn in the early 2010s, where I met a lot of the same queer community I work with today. Audre Lorde’s book “Sister Outsider,” specifically the ‘Uses of Anger’ essay and how Lorde describes guilt as a useless emotion if it doesn’t lead to action.

Recently, collaborating with Tourmaline for her film “Joy Run” we launched at NYFW this past September was such a transformative experience. It’s thanks to Tourmaline’s archival and film work that I know about trans activists Marsha P. Johnson and Sylvia Rivera. Working with Tourmaline was such an optimistic process — every decision we made was based on what would bring us joy. I love this quote from Tourmaline: “Being together in our joy doing seemingly small, everyday acts has huge impacts on the world, especially through the valence of fashion and self-expression.” 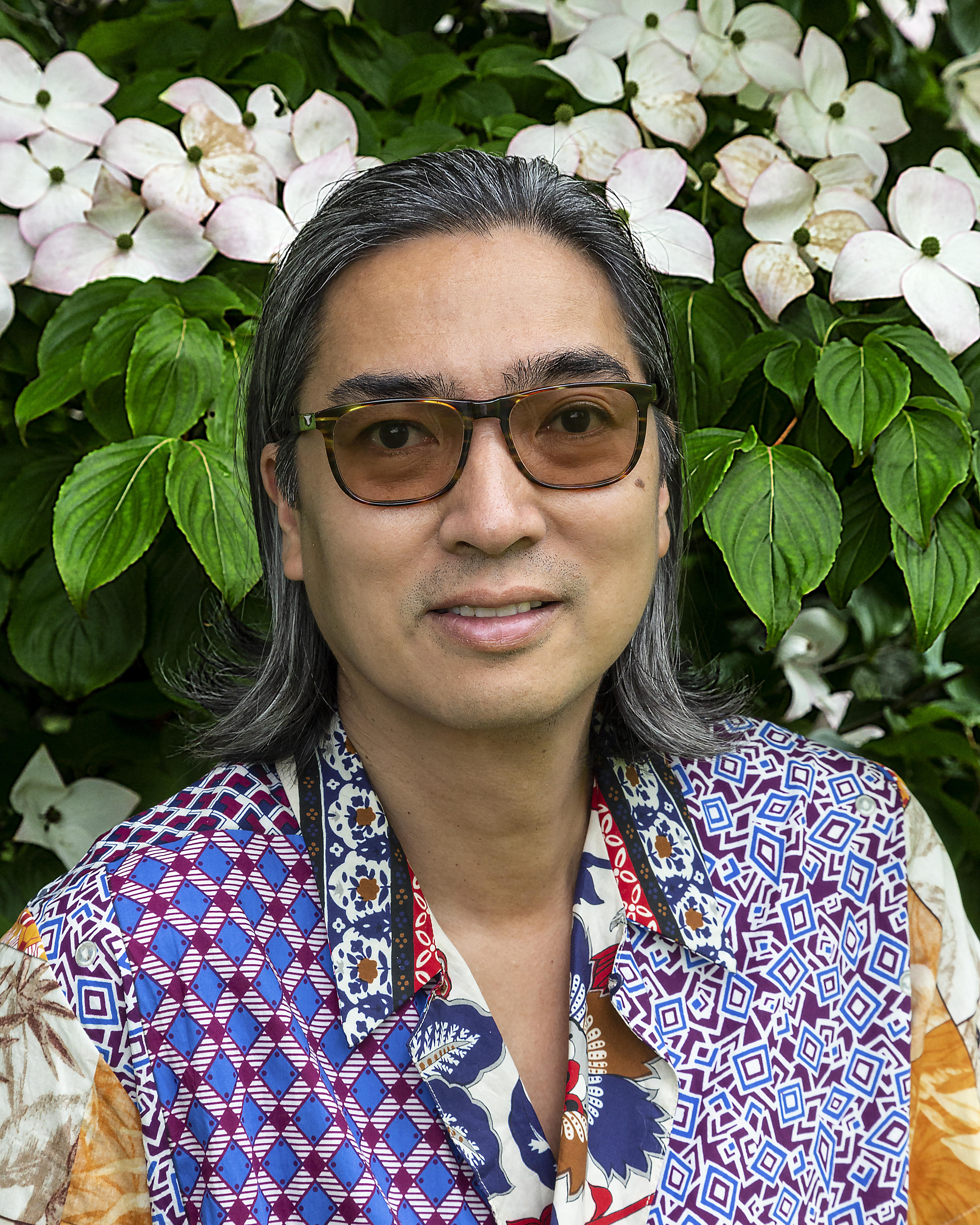 WWD: Is there a seminal moment that comes to mind in terms of LGBTQ rights movement in the past 40 years that has had a lasting effect on your activism today?

Rafe Totengco: The Supreme Court decision was very personal to me. I never imagined growing up Catholic in the Philippines that marriage would ever be possible for me. And yet, this year I got married and while recognizing this is new historically and not possible in most of the world, in New York, it felt like we were just another couple getting married.

WWD: What are your biggest concerns with Amy Coney Barrett’s Supreme Court confirmation?

R.T.: My concern is that an even more conservative Supreme Court could erode some of the hard-won LGBTQ rights that have been won over the last few decades. 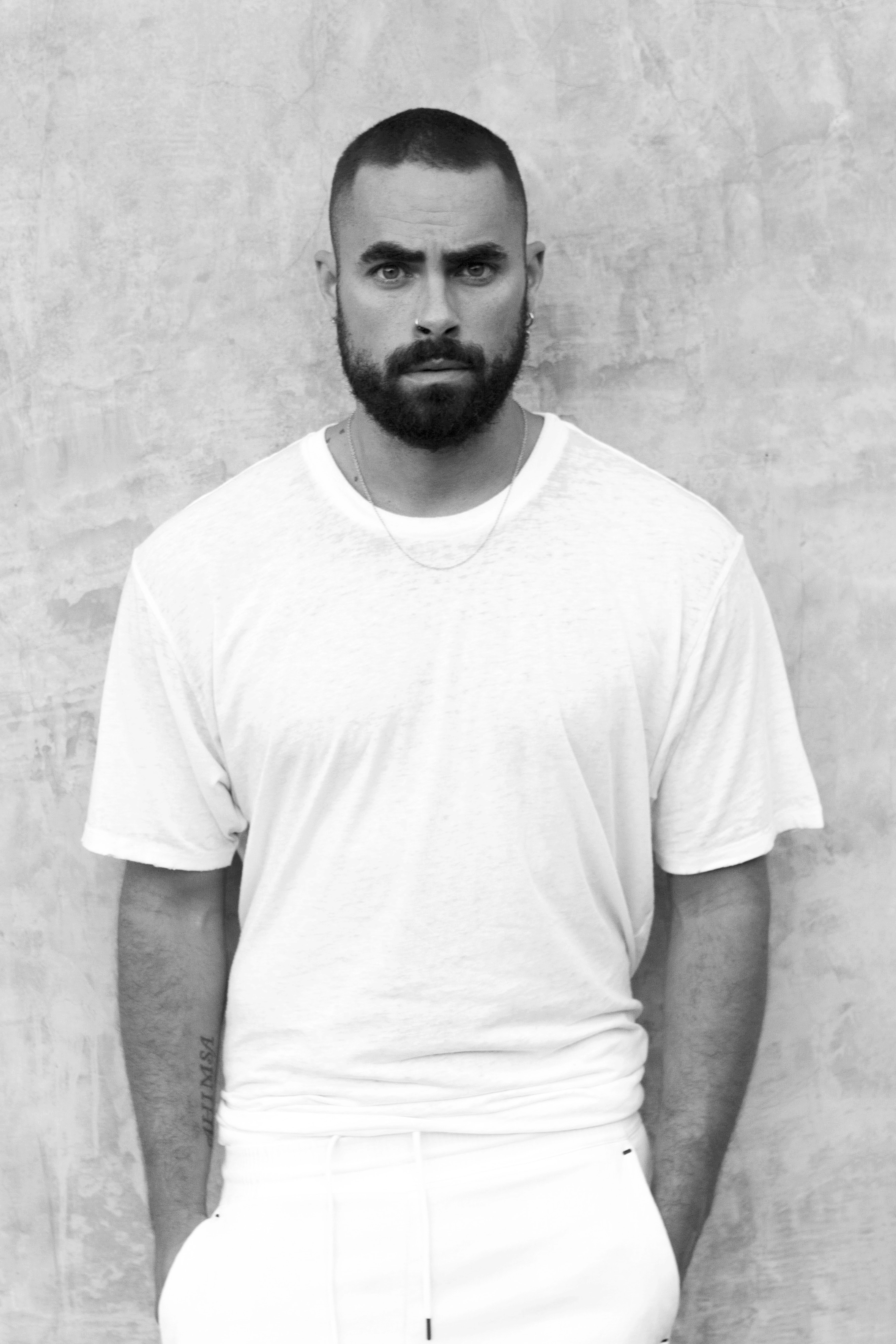 WWD: As a queer designer, you get to speak to a community you have a personal connection with. How does that influence your creative process and ideas?

Scott Studenberg: I’m endlessly inspired by my divas, and my queens and my last collection paid homage with nods to high-fashion evening wear and opulence and the House of LaBeija drag family. But my biggest driver is always making people feel good in my clothes. When I introduced men’s wear it was because I saw the power in men dressing in silk caftans and women borrowing their boyfriends sweatpants — there’s such a great fluidity in fashion I’ve always been attracted to.

WWD: What are your thoughts on the progress we’ve made with LGBTQ rights and inclusion?

S.S.: We’ve come so far since I was a closeted gay kid in Michigan in the early Nineties, but the resounding feeling is we have so much more work to do. So while I’m encouraged by the progress, I never feel like “the work here is done” so I try where I can to participate and use my platform as a voice for good so that in the next 40 years we don’t have to look back thinking this is still a fight.

S.S.: My biggest concerns would be that she will not be impartial and instead allow her religious beliefs to fuel her push to reverse laws protecting the LGBTQ community as well as reverse the rights of women. 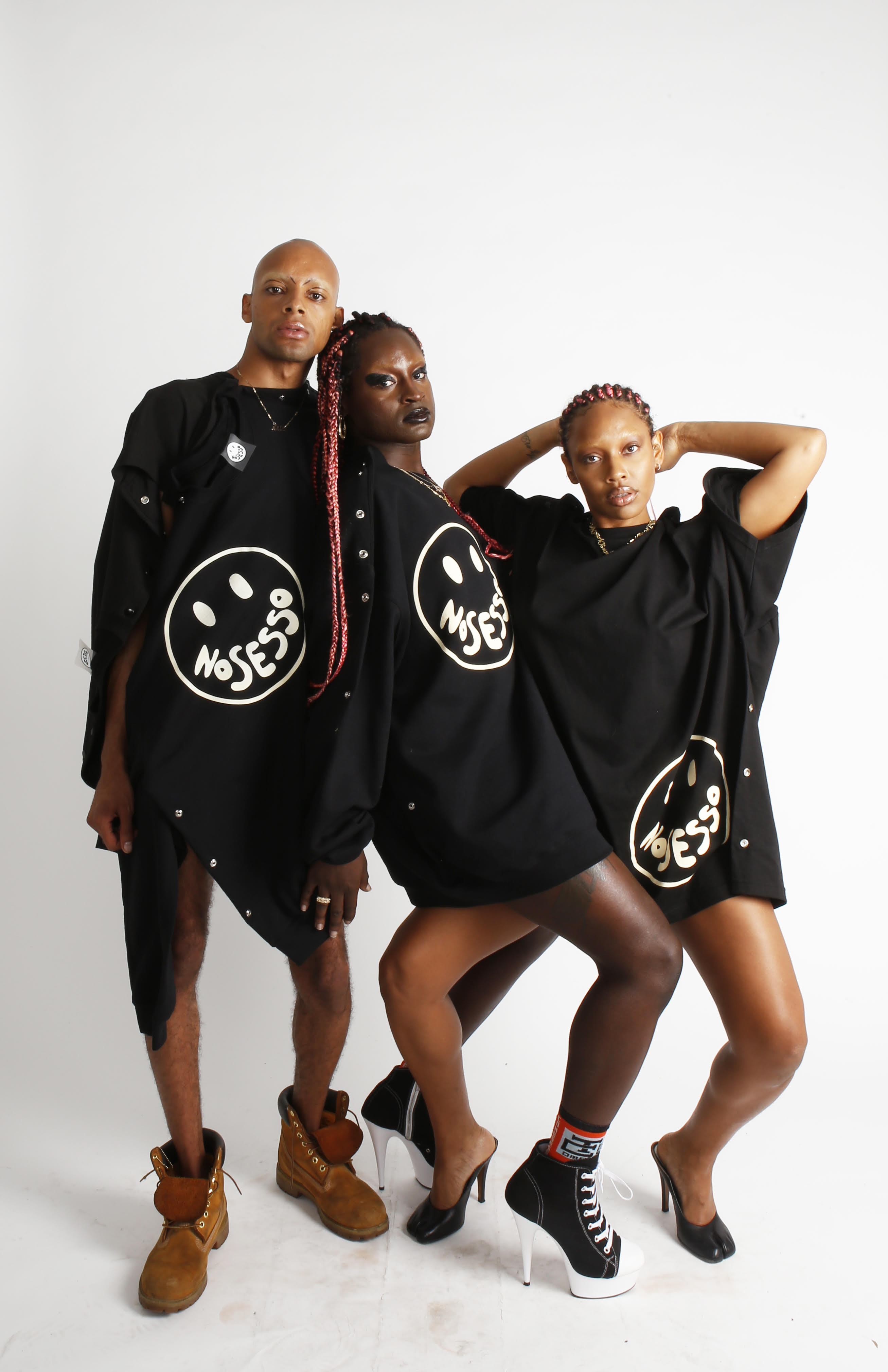 Pierre Davis and Arin Hayes, founders of No Sesso

WWD: How are you bringing fashion into activism and vice versa?

Arin Hayes: We are activists by merely existing. But in addition to that, we live our lives the way we want without shame despite how the world may want us to feel. And that is the most radical form of activism.

We are having a lot of dialogue amongst ourselves and our friends about the importance of this particular election, and how we should be voting. Not just in terms of getting Trump out of office, but also discussing the local issues which affect us just as much, if not more.

However, the most significant concerns are probably her stance on abortion rights and the science of in vitro fertilization. Every person with a uterus should be afforded a safe abortion in this country. Additionally, in vitro fertilization is an amazing scientific advance that has allowed cis people to have children. Still, it is especially important to the queer community because it enables us to raise our own biological children. 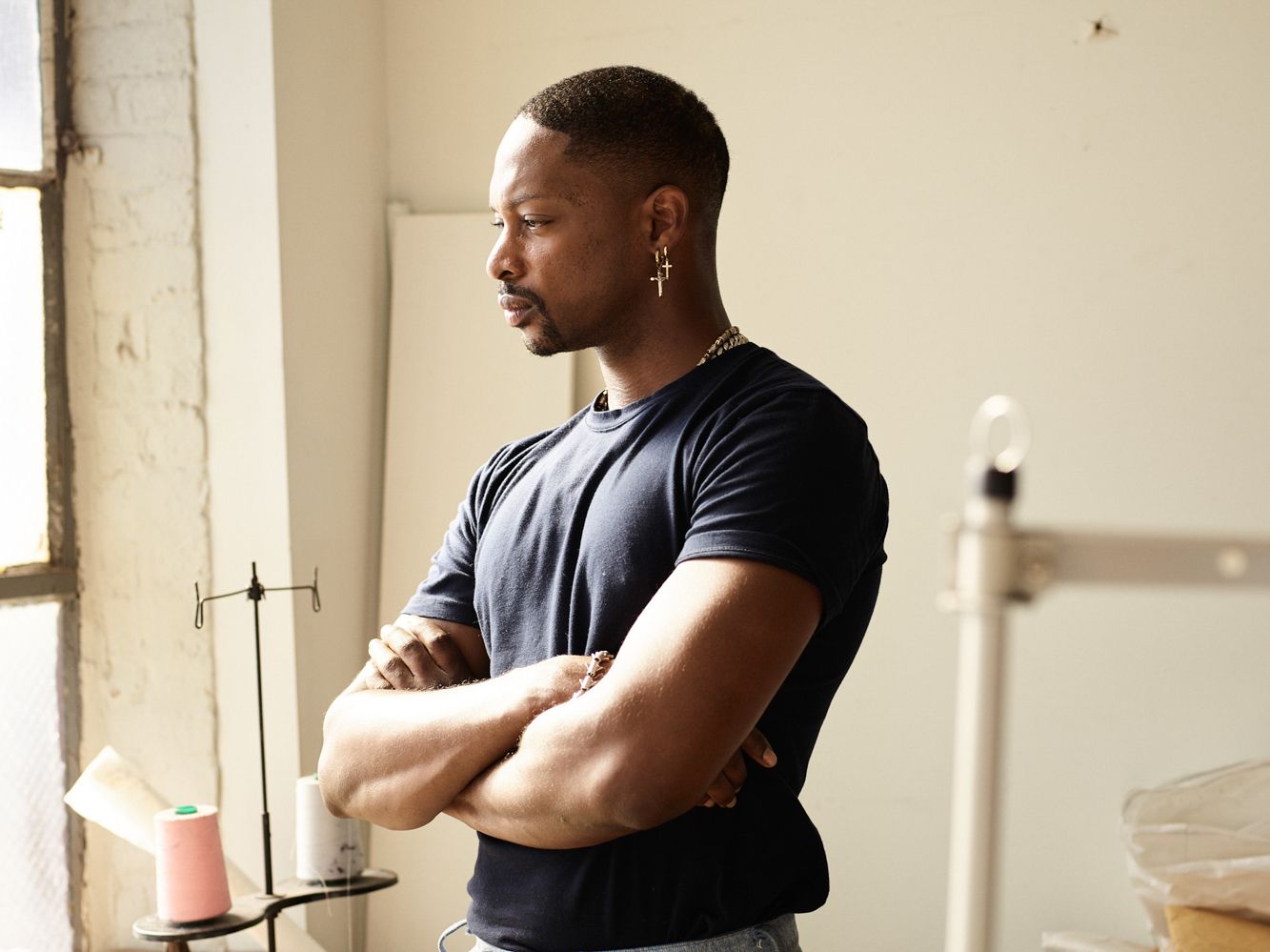 WWD: What are some key ways you think brands can connect more authentically with consumers?

LaQuan Smith: Educating the consumer with your production process, manufacturing capabilities and product knowledge as well as the creative process helps with having an honest and intimate relationship with your target audience. I also think setting goals for your brand and creatively sharing that progress with your consumer will allow for more content and consumers will feel more connected and engaged with the growth and journey of your company.

WWD: How are you addressing the marriage of politics and fashion?

L.S.: I’m currently working on a few partnerships right now to help encourage voting in the upcoming election. First, I’ve partnered with Levi’s on their initiative supporting the FRRC, to design a custom dress out of their denim that will be auctioned off and proceeds will be donated to formerly incarcerated people in the state of Florida, giving them the opportunity and rights to vote. I’m also a participant in Lyft’s ongoing “Lyft Up” campaign, which offers underserved communities lacking equal access to affordable and reliable transportation, discounted rates including codes to travel to the polls. The overall messaging that I stand by is making sure that people are voting and how imperative it is right now in this current climate that we are living in.

What the LGBTQ Community Actually Wants From Corporate America: Words and Actions

The Supreme Court’s Historic LGBTQ Ruling and the Road Ahead