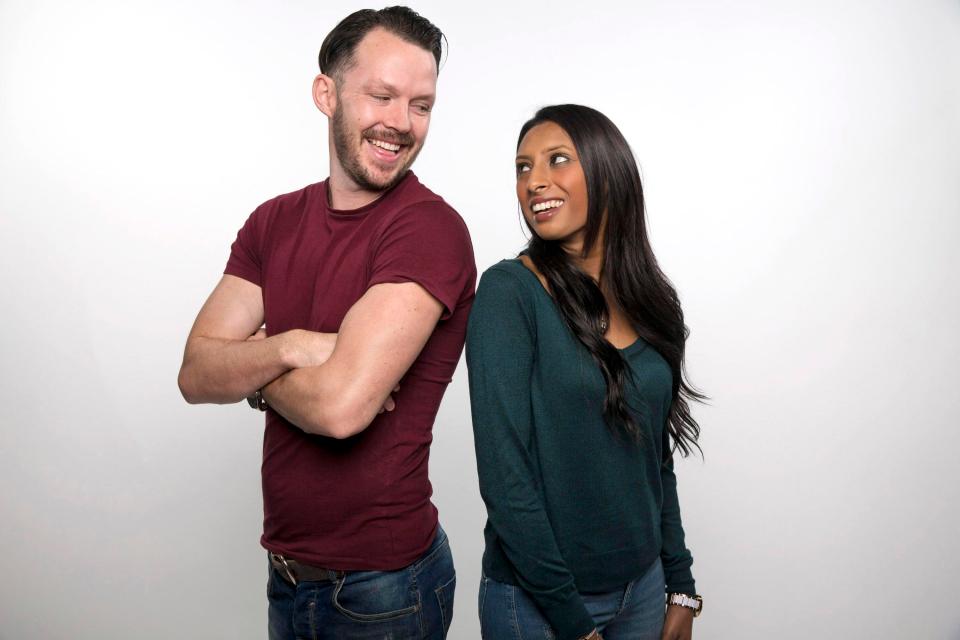 A recent study revealed men still think they are smarter than their peers – even when compared to women whose grades prove they are just as clever.

So, we set three couples an IQ-style test provided by Mensa to put that theory to the test.

First up was Ray Whelan, 33, an actor from Ireland, who lives in south west London with his girlfriend Neilem Lal, 35, a teacher.

The couple have been together for seven-and-a-half years and are keen quizzers. 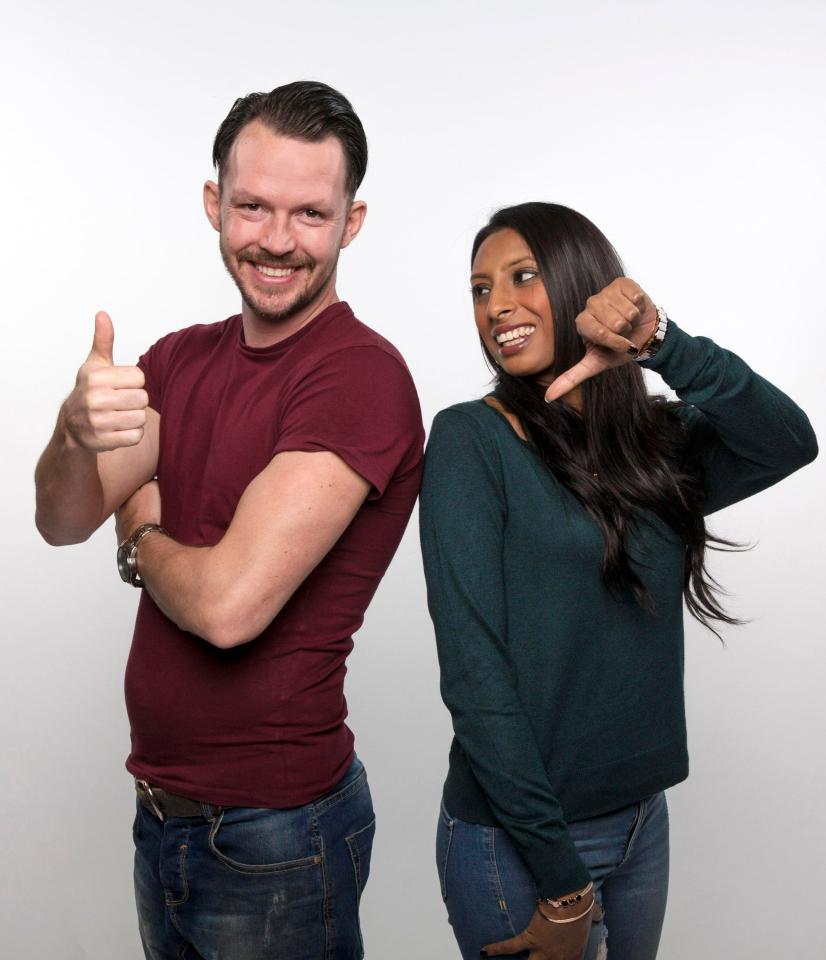 “We love to play quiz games and watch shows like Tipping Point, Countdown and The Chase,” said Neilem.

Ray added: “When she gets home from work we put on the TV, and first it’s Countdown. We’ll have a piece of paper each, and we’ll see which words we can get. We tally up the points at the end.

“Then we go onto Tipping Point and The Chase – so we have three quizzes against each other and see who is the final champion at the end of the day! It’s sad, but it’s cool! She calls me a cheater a lot of the time.”

Asked who is smarter, Ray replied: “I would like to say me. I’m super competitive; I probably think I’m a bit smarter than I am. I do pat myself on the back, but I’m winging it most of the time. 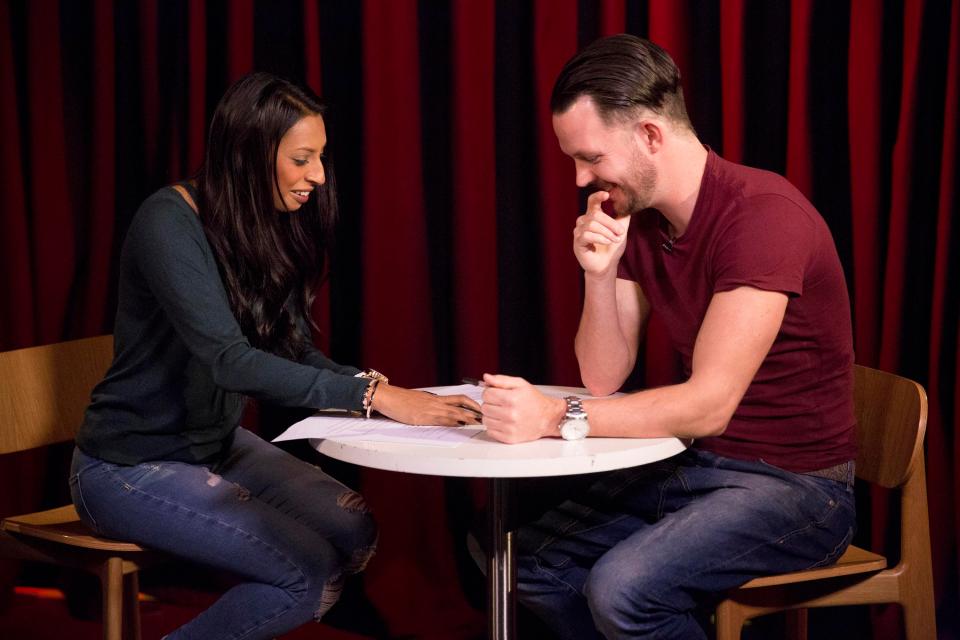 “I’d say I’m better at maths, because I play darts, so you have to be quick at the maths.

“When Countdown comes on I’m like, ‘Now Neilem, here’s your chance!'”

“I think we definitely are competitive. I think Ray does think he’s a bit smarter than he is.”

Both admitted they found our test tough, with a fair amount of guesswork going on.

Neilem suspected Ray had done better – and she was right; he won, by a grand total of one point. 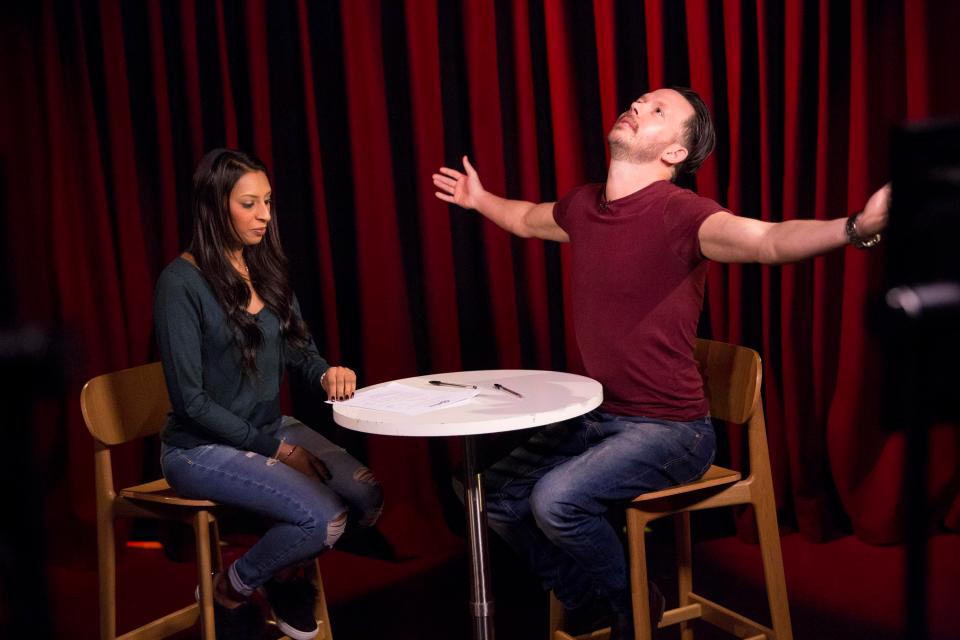 The couple met through Tami’s old housemate and have been together just over a year – and unlike Ray, Marcos said he thinks women often underestimate themselves and their ability, despite his competitive-spirited girlfriend.

Tami said she’s a big pub quiz fan – and admitted she gets far more “into it” than her other half.

Marcos added: “Tami’s definitely the more competitive one. What got me interested to do this is the mischievous side of seeing how she would react if she didn’t beat me.

“Even though I’m quite confident she’ll do better than me on this test, a little part of me just wants to see how she’d react if she didn’t.” 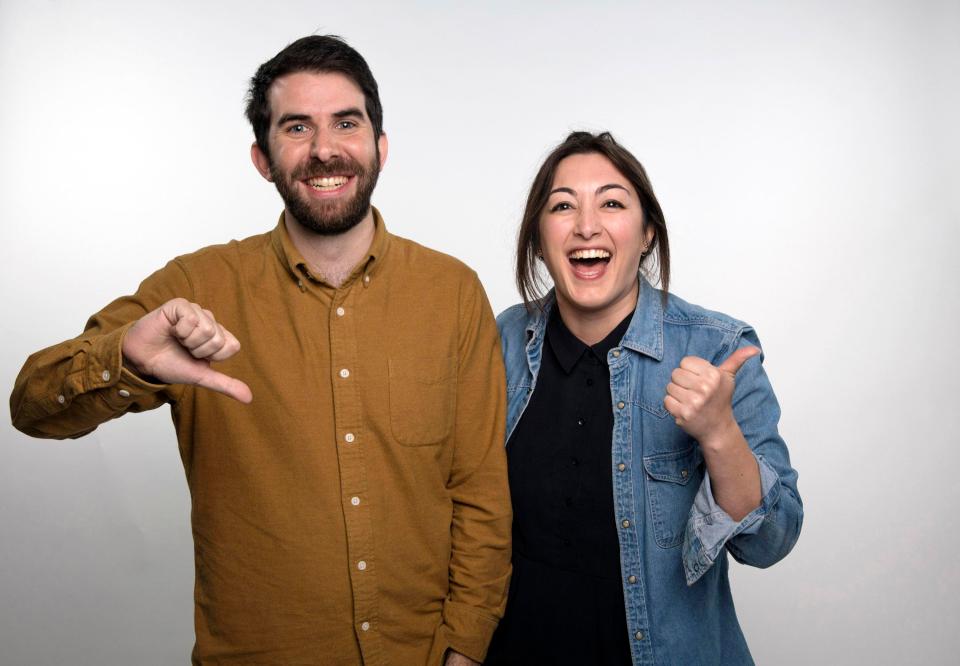 “It’s my biggest fear,” Tami added. “I’d like to think I’m not competitive, but I probably am.

“In some ways we’re very similar, and I think we have similar outlooks and beliefs, but I think we’re quite different and how we think and operate.

“I’d say we’re smart in different ways. I think Marcos is more intelligent than I am. He knows more about stuff going on.

“I think sometimes I can be quite lacking in common sense, so I don’t know how much that will be reflected in this test!"

Neither had done an IQ test before… so who came out victorious?

In this case, the result was a draw.

“But I’m pleased because it’s probably the best result we could have got because if he’d done really badly and I’d done really well, then it wouldn’t have made me feel much better, as I’d be going out with someone really stupid!”

Marcos joked: “But then I would be like, ‘Well I’m punching above my weight!’” 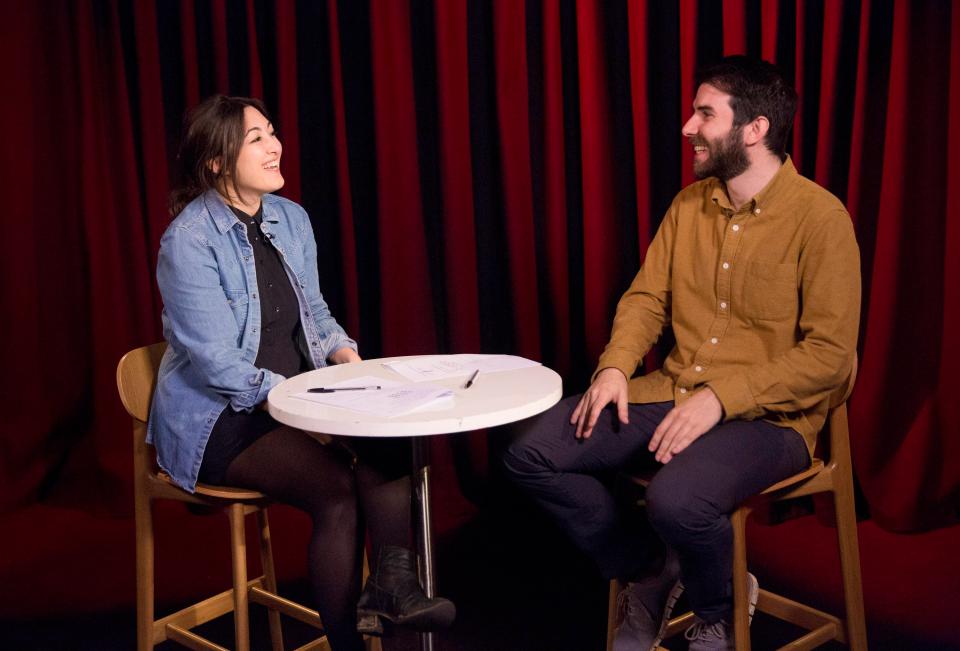 Finally it was the turn of new mum and professional carer Kerry Brandon, 23, and her actor fiancé Oli Regan, 27, both from Bromley, Kent.

The pair met through online dating and have been together for nearly two years, and welcomed son Freddie two weeks before our test.

While Oli was supremely confident that he would reign victorious, Kerry admitted she was struggling with “baby brain” and suspected her other half was right. 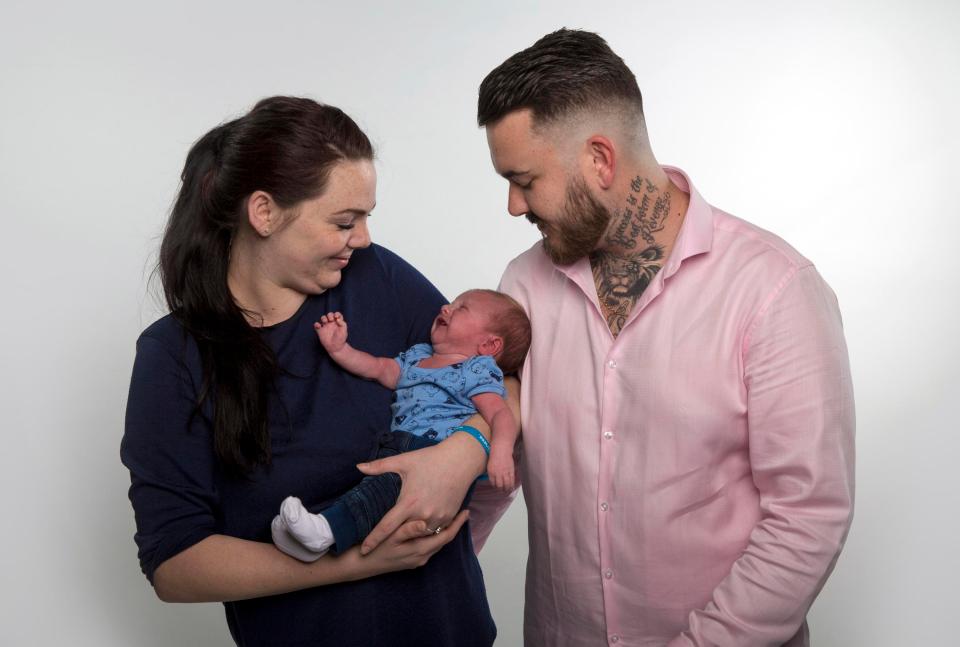 She said: “Oli probably is a bit smarter; there’s some things that I know that he doesn’t, and vice versa.”

Competitive Oli shot back: “The things she knows aren’t worth knowing really! I’d say I was the smarter, only due to knowing more and being older. I generally prove her wrong.”

After taking our test, Oli wasn’t quite so cocky.

“I feel a bit stupid,” he admitted. “I thought I was quite smart, but these questions are like being in school again.

"I wasn’t ready – I should have done some maths revision! It was the time pressure that made it hard – hopefully I’ve got some right, I’ll be quite upset if I haven’t.” 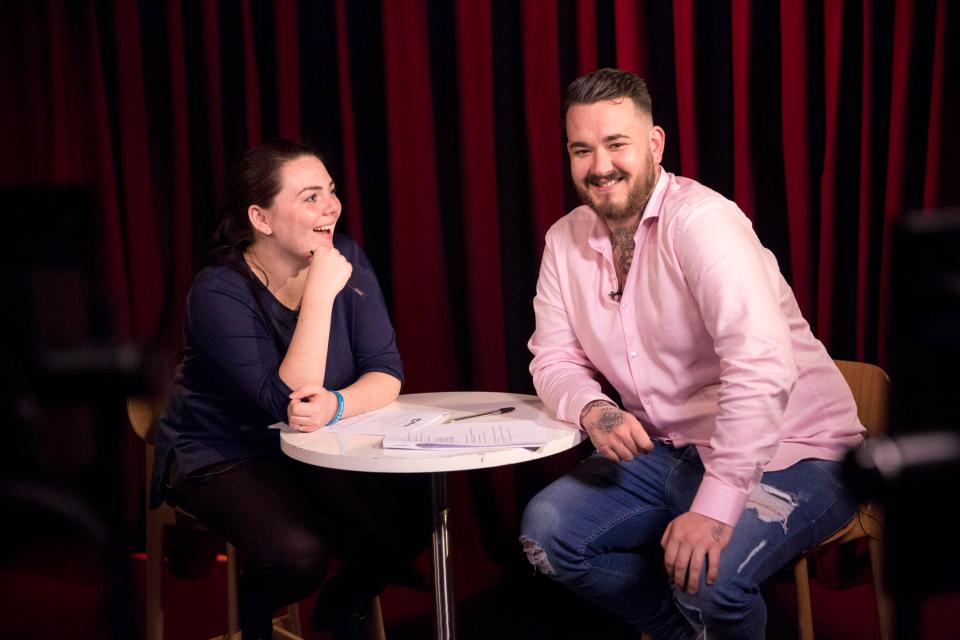 Kerry said many of her answers were guesses, while Oli accused her of copying one of his answers – despite being caught on camera having a cheeky peek at her paper.

Perhaps surprisingly given her apparent lack in confident, Kerry won and scored the most correct answers of anyone – and it went down like a lead balloon with Oli.

“No way!” he exclaimed. “You didn’t even answer that many questions, I swear! I’m in total shock.” 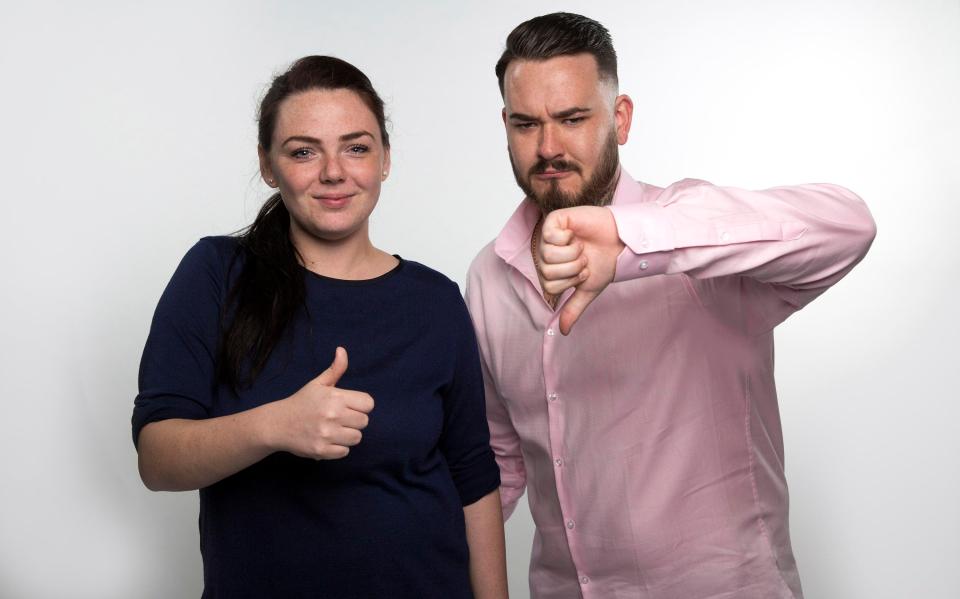 Think you could beat your partner? Put yourselves to the test… 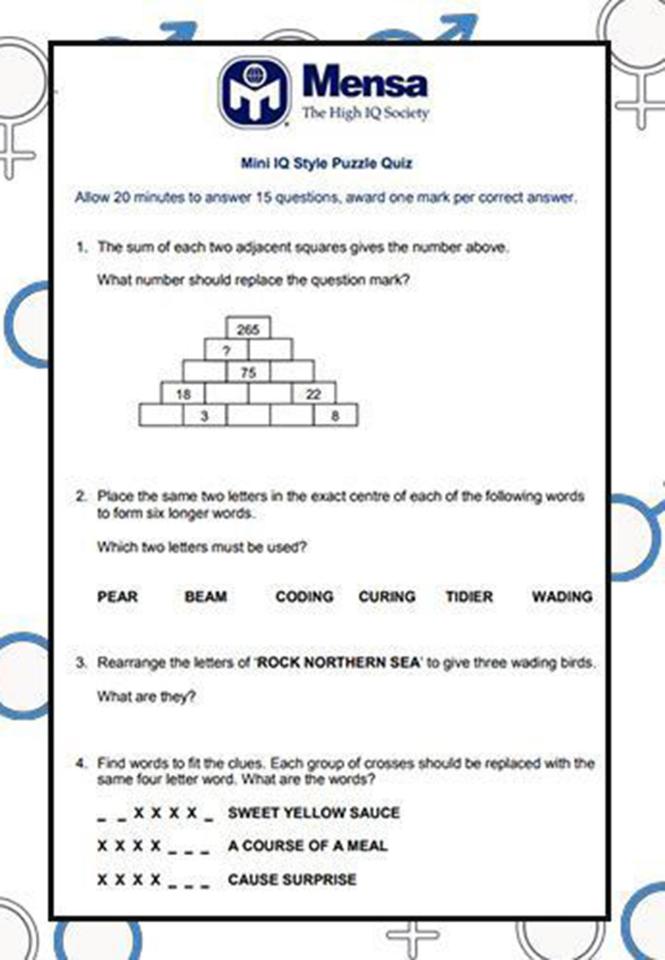 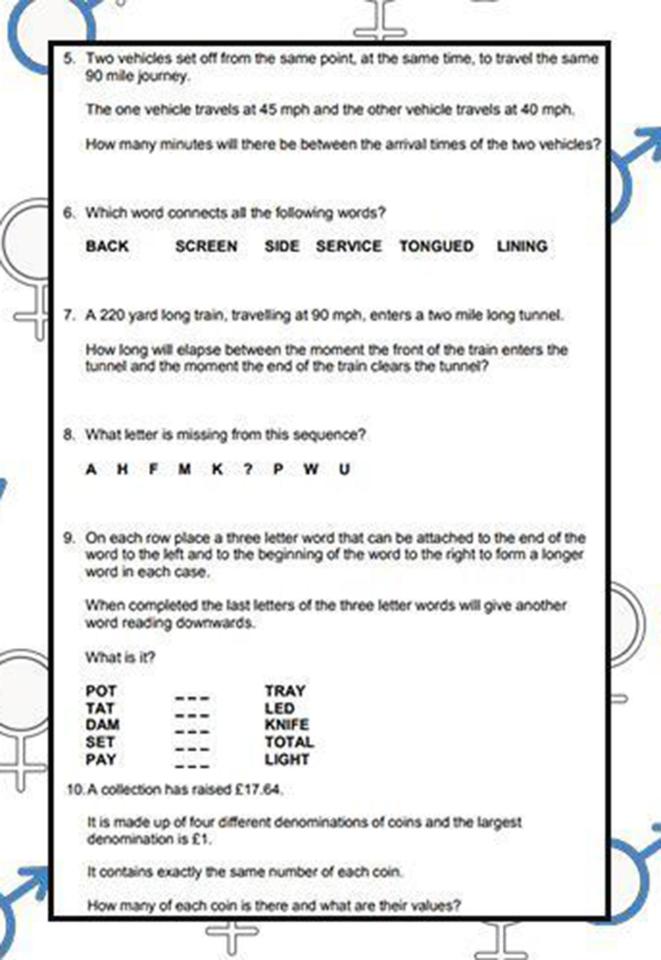 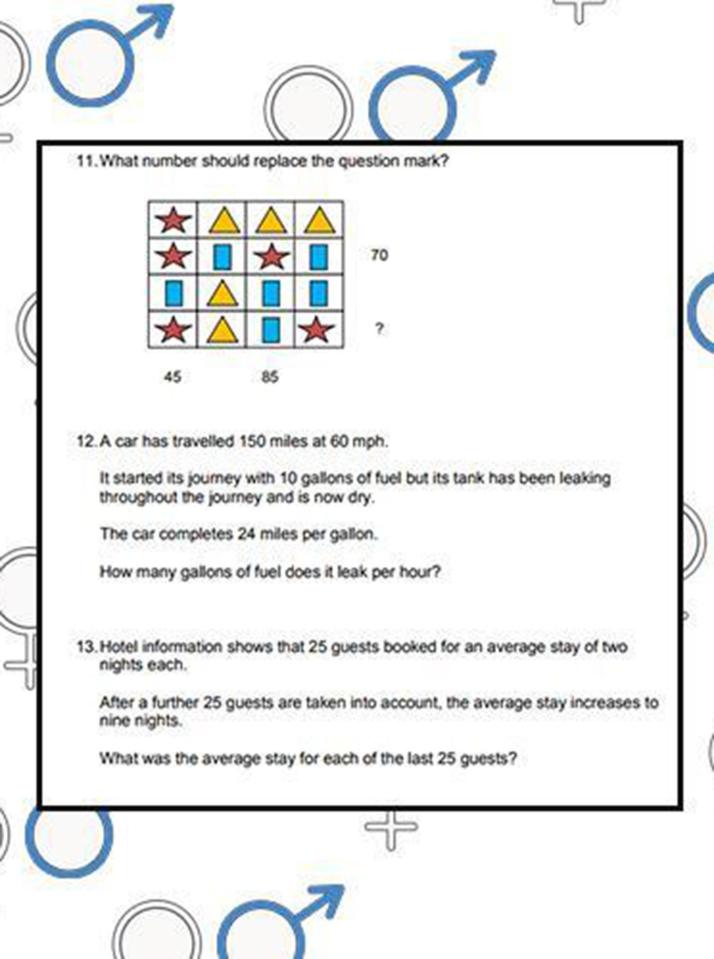 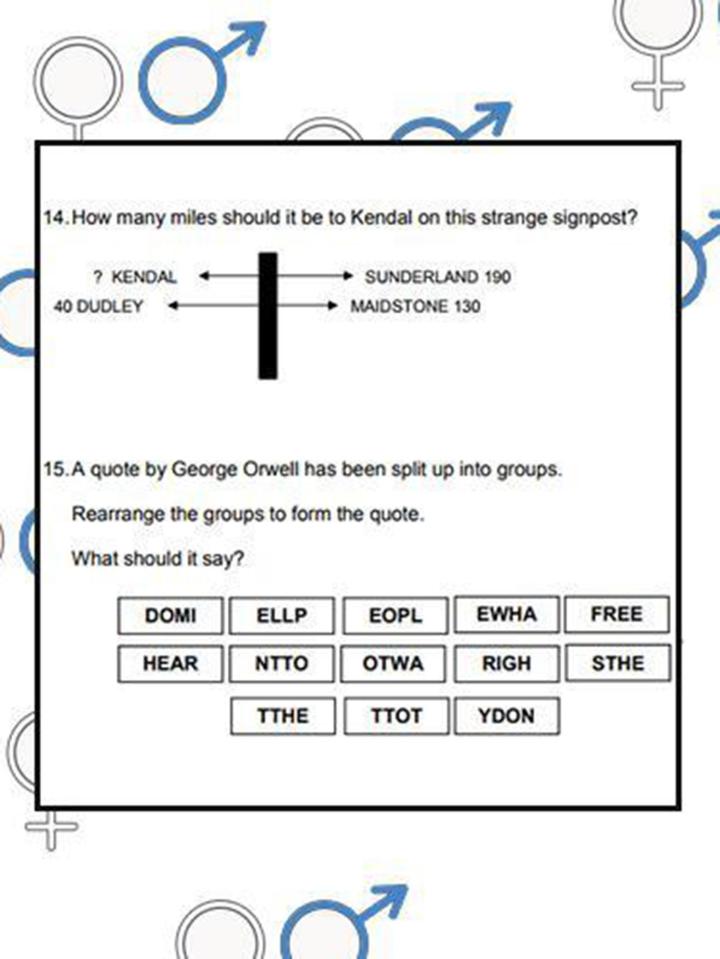 Struggle to get off the couch? You'll be glad to hear being lazy is actually a sign of intelligence, according to science.

Meanwhile this tricky IQ-style test was driving people wild last year…but how will YOU get on?