Queen Letizia, 47 and her husband King Felipe, 52, donned their face masks again today for another visit as part of their royal tour. The King and Queen of Spain have been travelling around the country now that the lockdown has eased. Despite her protective face gear, Queen Letizia has looked glowing as she meets with locals and has made some inspiring fashion choices.

The royal couple have been making their way around several Spanish autonomous communities in recent weeks to support economic, social and cultural activity after the coronavirus outbreak.

On Friday, the pair visited Haro, a town in the northwest of the La Rioja province in northern Spain – which is well known for its fine red wine.

Queen Letizia had a much more formal look for the occasion compared to recent weeks.

The stylish royal has been wearing a selection of stunning dresses and floral numbers in the summer sunshine. 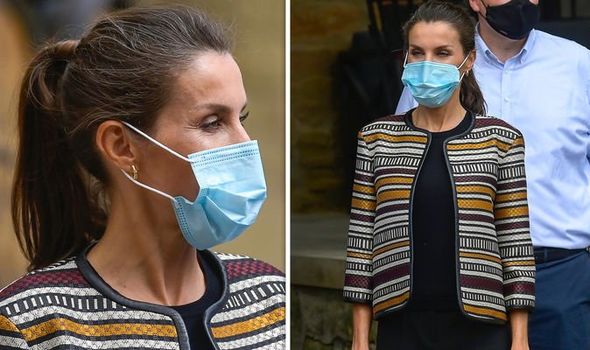 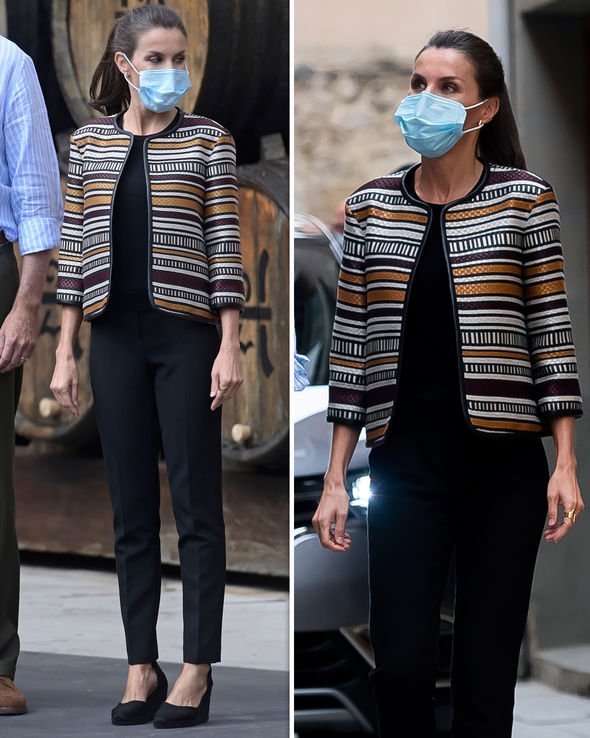 However, for Friday’s visit the Spanish royal wore a more autumnal outfit – and brought back a wardrobe item that fans will recognise.

The royal had one of her most simple outfits yet, dressed all in black bar her striped jacket.

Queen Letizia wore what looked like the same Emporio Armani black trousers from her earlier appearance this week, with a plain black top.

However, the sombre-looking outfit was set off by the stunning jacket, which the royal has worn multiple times before – though not for a few years.

The budget-friendly number was originally just around £80, and is by Uterque, which is Zara’s sister brand.

The high street label first featured the jacket in its spring-summer 2015 “Ethnic” collection, which was when it was first spotted on Spain’s Queen.

The statement jacket looked brand new as she walked around the wine region with her husband, despite it being well worn over the last five years. 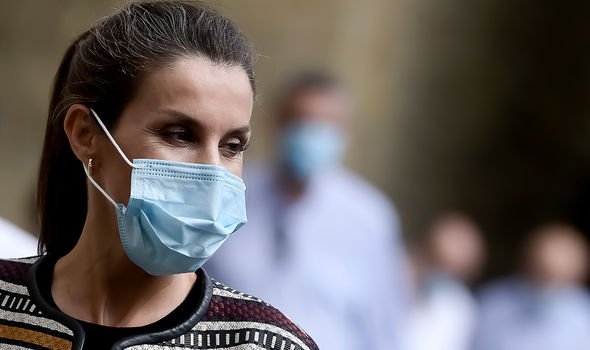 Queen Letizia was first seen in the purse-friendly item in Zarzuela Palace for a meeting with the Royal Board on Disability.

She later wore it again for a media event, pairing it with an elegant pair of Hugo Boss trousers that weren’t unlike Friday’s outfit.

The look was finished with the same trusty black espadrilles from Castaner that fans have spotted her wearing this week.

The black summer wedges are the brand’s Carina design, which are currently selling for half price on Net-A-Porter for just £45. 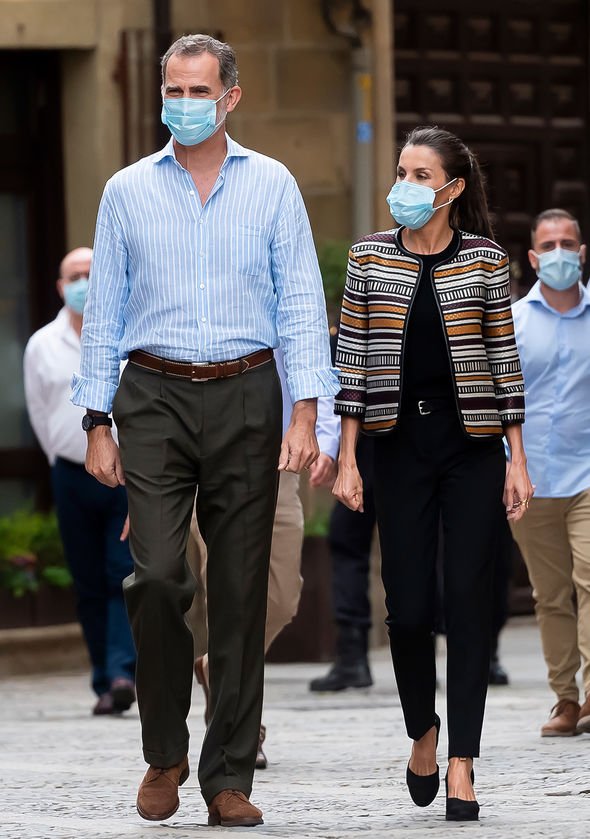 With the mask covering most of her face, Queen Letizia kept her makeup simple for the visit, with her hair tied back into a high ponytail.

The royal also wore a pair of gold earrings that she sported earlier this week for another part of the tour.

The royals started the tour at the end of June with visits to Valencia, Seville, Cordoba, the Canary Islands and more so far.