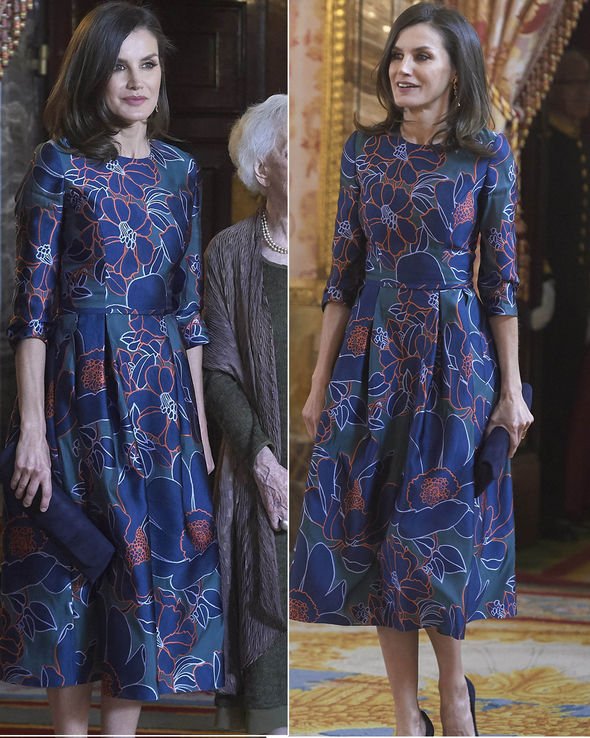 Queen Letizia was spotted wearing a navy floral fit and flare dress as she attended an official lunch at the royal palace in Madrid.

She attended the lunch with her husband, King Felipe VI, and chose to wear the navy dress which was given a pop of colour with the floral design.

The stunning dress was covered with navy flowers with a neon orange and white lining.

The stylish monarch complemented the outfit with a navy clutch bag and matching shoes.

Queen Letizia was seen walking through the royal palace in the dress as she attended the lunch for “Miguel de Cervantes 2019” award.

The dress had a fitted top and three quarter length sleeves.

The royal was nipped in at the waist before the dress revealed a full pleated skirt which cut off just below the knee.

Across the dress was a pattern which featured navy flowers with an orange and white outline which covered every part of the outfit.

In her hand, Letizia held onto a velvet navy clutch bag and wore a pair of matching navy heeled shoes. 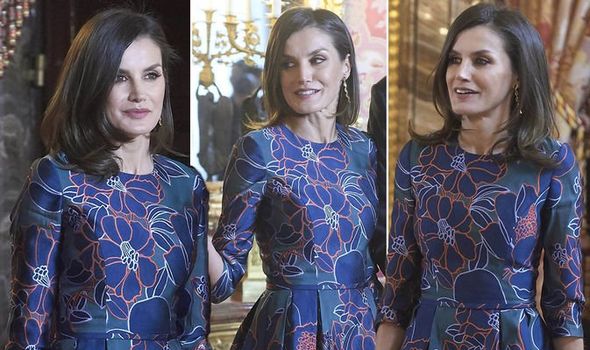