But have you ever noticed that the flavour can be slightly different when you are thousands of feet in the air? There could be a reason for this. Joost Heymeijer, the senior vice president of inflight catering at Emirates, revealed why the sweetness of your white or red wine can seem altered.

He said to Prima: “At a high altitude the air is much dryer which means that our taste buds are less sensitive.

“This causes certain taste profiles, such as sweetness, to be dampened by altitude by as much as a third; whilst other parts of your taste palate appear unaffected particularly in the savoury range. The combined effect can subtly change the overall taste profile of a wine.”

In light of this revelation, Joost is tasked with choosing bottles for customers that will retain their good taste. 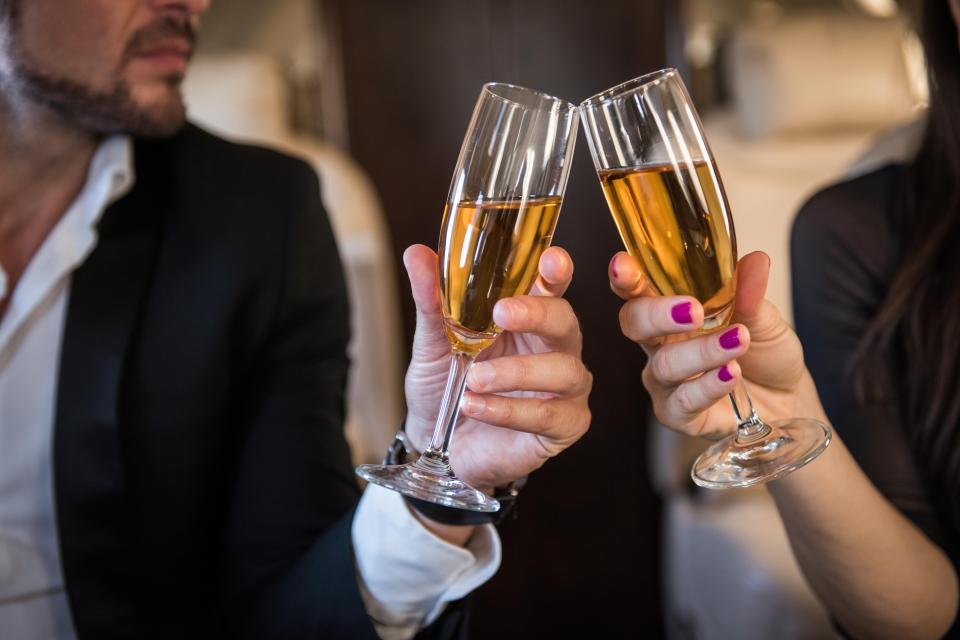 The wine menu has to also complement the food and he also factors in the cabin pressure.

He said: “We always look for wines with good acidity that tends to flatten when at altitude which makes for a more balanced wine while flying, such as crisp, citrusy varieties like Riesling and Sauvignon Blanc. We also serve wines with strong characteristics like full-bodied Malbec as they often show better.”

And the choice of wine may even be different if you are flying in an older aircraft.

Joost added: “On our modern fleet, the conditions are not comparable with older aircraft. Humidity and pressure are greatly advanced and similar to being at altitude in the Swiss Alps.”

Drinking on a flight is one of the ways to make it go a lot faster– but booze can be pricey when you’re in the air.

Unfortunately, you’re not legally allowed to serve your own drinks on a flight – plenty of passengers have been booted off planes for trying.

Cabin crew can actually serve you drinks that you’ve brought on board with you – as long as you ask discreetly.

You have to follow the 100ml rules when it comes to individual bottles of liquid, but miniatures will be fine to take through security.

Just put them into the plastic bag along with any other liquids you’re bringing on board.

You can also buy alcohol in duty free before you get on the flight – but beware of opening up a huge bottle you can’t finish.

Flight crew are obliged to dispose of open and unfinished bottles at the end of the flight.

You can bring 16 litres of beer into the UK while on a plane, or 4 litres of wine, not sparkling.