Few Australian designers blur the line between art and fashion as beautifully as Anna Plunkett and Luke Sales, who founded their Sydney-based label Romance Was Born in 2005, fresh out of fashion school. In a new book, the duo explain the inspiration behind some of their more fantastical creations. 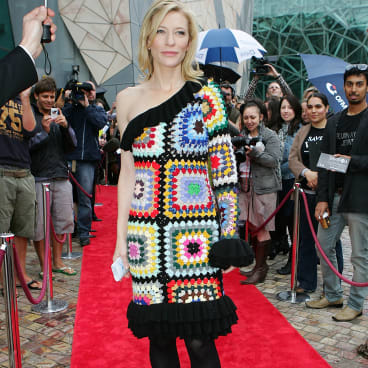 Cate Blanchett in the “Blanket Dress” from 2009’s “Doilies and Pearls, Oysters and Shells” collection.

Anna Plunkett: This was our most ambitious show. We created everything, including crocheted King Neptune beards and handdyed lace eyebrows that we then pearled by hand. We wanted to do a tribute show to our grandmothers having a tea party underwater.

Luke is always saying to me, "You're a grandma, Anna." And it's true. I love the outfits of older women and how they put colour combinations together.

At the Country Women's Association on the NSW south coast, I found a crocheted garment for a toy and it was packaged up in a meat tray, covered in cling wrap. It reminded me of how Luke would always say, "Wouldn't it be awesome to zap little kids' clothes and make them life size?"

So I bought it and we ended up re-imagining it; later, it became known as the "meat tray" dress. Of course, we were the only ones who ever got the joke. 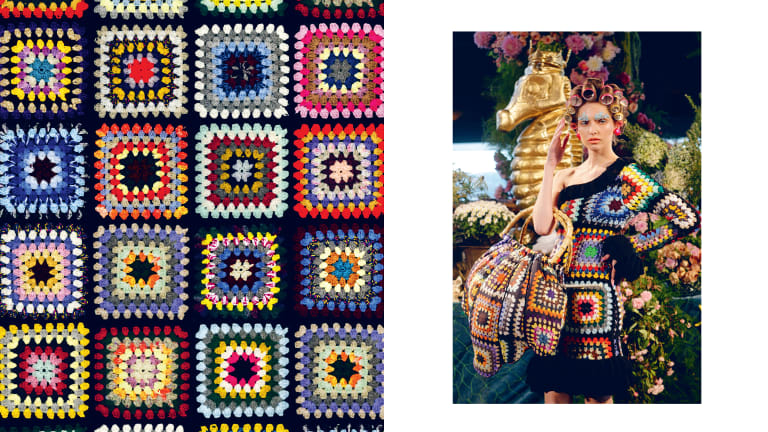 Pieces from the “Doilies and Pearls, Oysters and Shells” collection were inspired by a crochet garment Anna Plunkett found at the CWA.

Another crocheted dress, the "Cate Blanket" dress, as it became known, represented a big shift for our label. Cate Blanchett asked our press agent if she could borrow this dress specifically. It was a big deal when she wore it. The papers ran it like some kind of joke but Cate looked so rock'n'roll and awesome. Cate knew what she was wearing and what it would mean for us.

Luke Sales: This collection began, once again, as a bit of a joke. I visited a friend on Lord Howe Island and, flying in, the island was like nothing I'd ever seen before, with its dense rainforest and dramatic peaks. It made me think of dinosaurs.

Then we went to Florence, to the textiles and knitwear trade fair Pitti Filati. Suddenly we were in the beautiful birthplace of the Renaissance. We said, "Let's do a Renaissance dinosaur collection." As soon as we said it, we knew it was spot on. 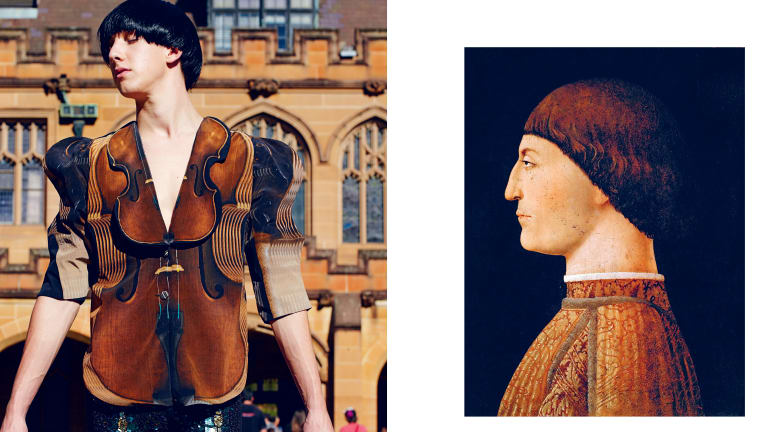 Anna Plunkett: The collection was quite eclectic, ranging from almost-fluoro digital-printed animals based on paintings by Melbourne artist Kate Rohde through to a silk violin two-piece suit. Fashion writer Tim Blanks described the show as being in a similar vein to a John Waters film. We will take that comparison!

Anna Plunkett: [Fashion designer] Linda Jackson begins every email with "Cooee" and we were always in awe of her Bush Couture label of the 1980s. We decided to make our own version for Cooee Couture. 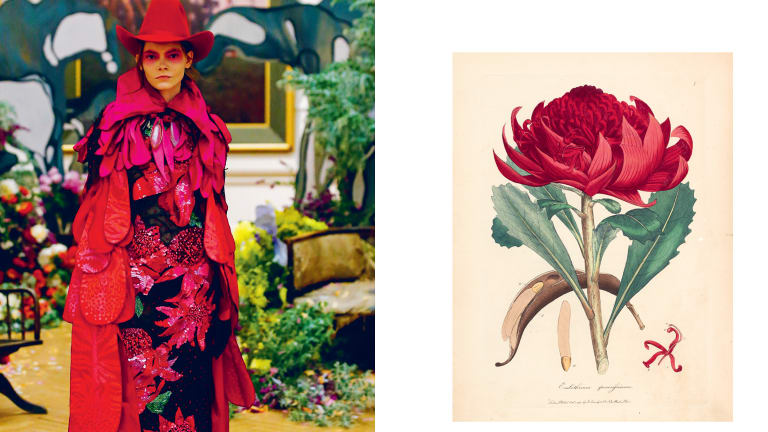 Luke Sales: We have always subconsciously been drawn to iconic Australian things, so that's why I guess we love Linda's work so much.

Romance Was Born by Anna Plunkett and Luke Sales with Georgina Safe (Thames & Hudson, $70) is out on May 1.