For the first time ever, DJ and beauty salon owner Jodie Weston, 25, had to wash up dishes, cook food, use public transport, and discover what it was like to live off a £3-a-day budget. 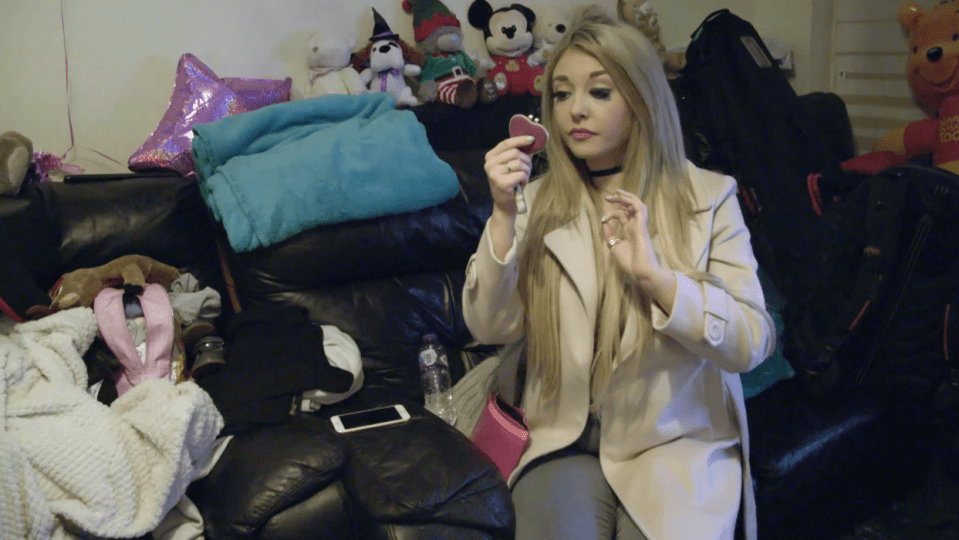 It was a far cry from her £400-a-week apartment, where she gets a monthly allowance in the “thousands” from her parents, and spends her time in celebrity clubs.

Jodie, who goes on holiday up to eight times a year, said in the 5Star show Rich Kids Go Skint: “The most I’ve probably spent was on a holiday to America where I probably spent £15,000”.

By contrast, Becky Wilson lives in a one-bed apartment, with her two kids, Katie, 19 months, and Eddis, five, in one bedroom and her sleeping in the lounge.

But instead of sympathising with Becky, who lives on the breadline in Barkingside, Essex, Jodie claimed it was partly due to the mum’s “bad decisions” that she has the life she does. 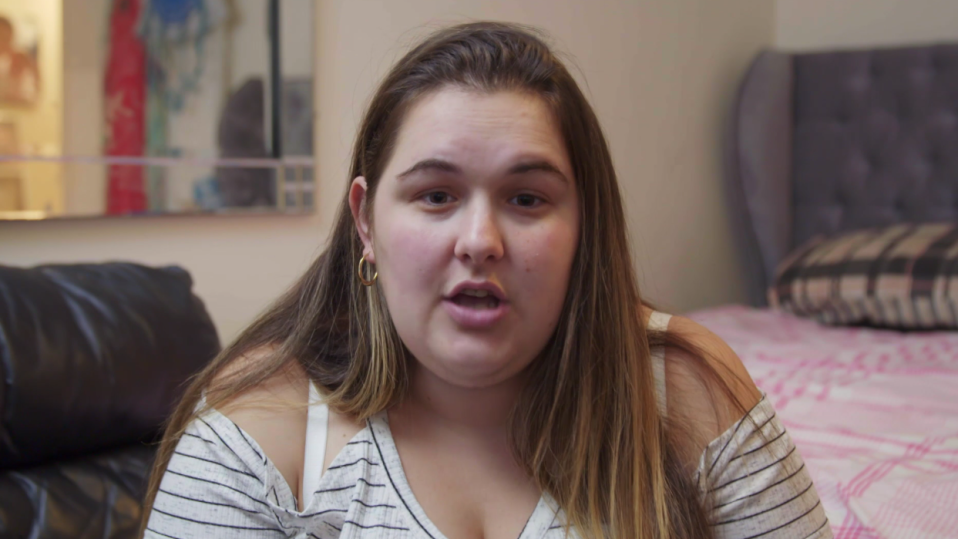 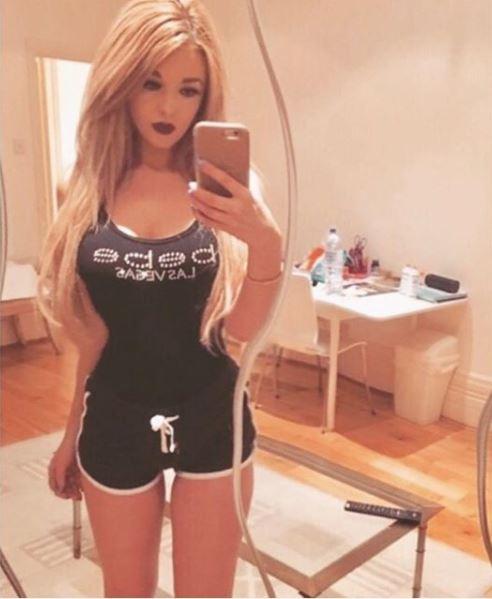 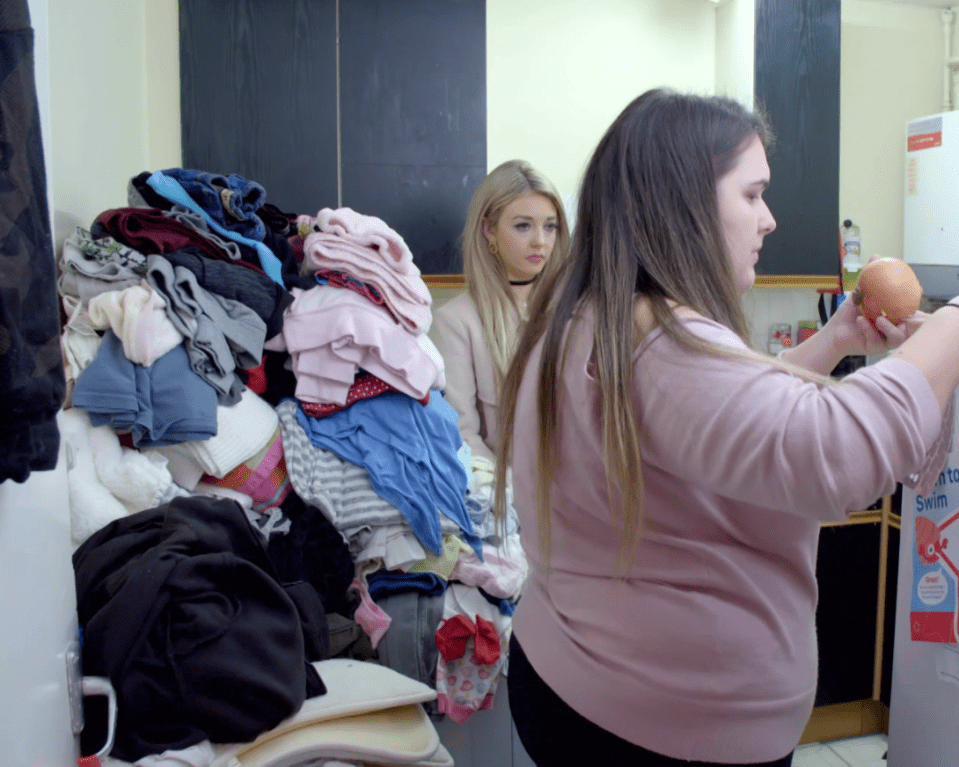 Jodie, who posts glam shots to her 17,000 Instagram followers, explained that her reason for taking part in the TV experiment was to “see the struggles that people on benefits have”.

In an exclusive interview with Sun Online, Jodie admitted: “I feel like in my episode in particular I didn’t sympathise too much.

“It just kind of felt like she wasn’t utilising her opportunities enough. She’s a nice girl I just feel like she keeps making bad decisions.” 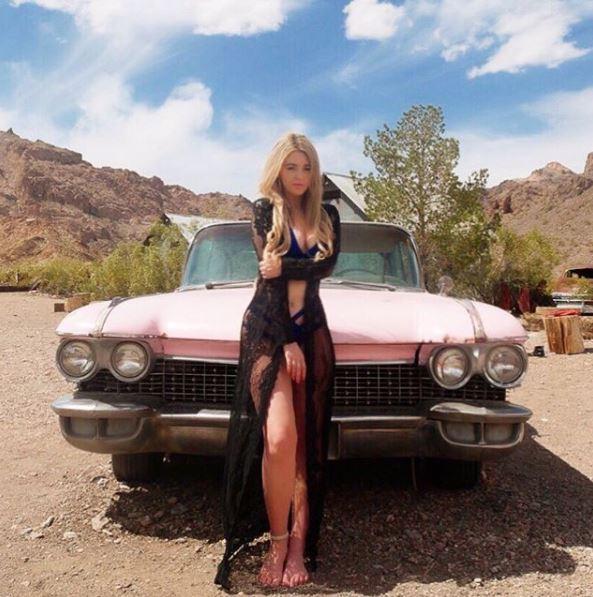 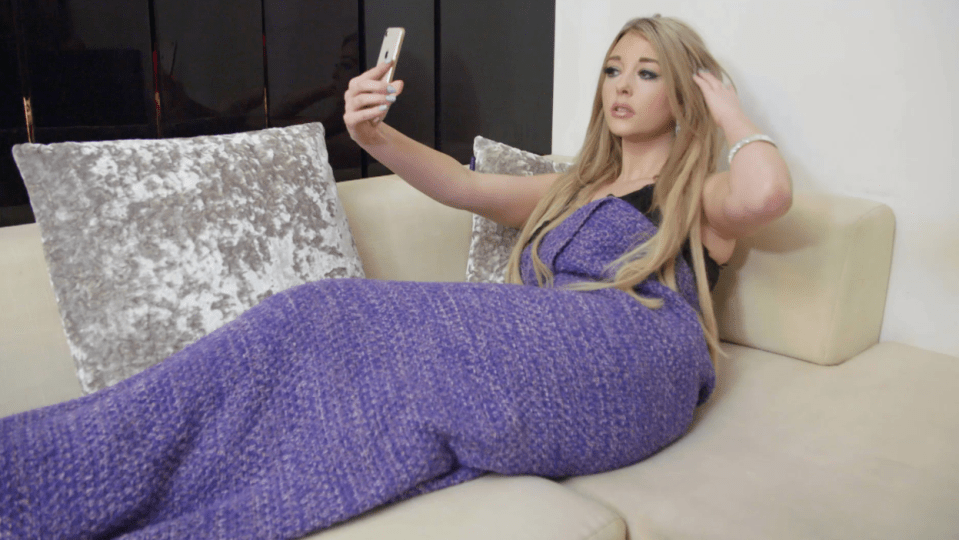 One of her main gripes with Becky’s flat and living situation.

The London Rich Kid said: “From the outside I thought this doesn’t even look even bad, but then I went inside and it was floor to ceiling hoarding, everywhere.

“She was a hoarder so even though there was a spare room in the flat, there wasn’t even space for me to stay over in the flat because she was hoarding so much stuff.

“She had a spare room that could easily have been another bedroom or a playroom for the kids.”

Jodie added that she told Becky to sell the items she was hoarding as she could "make at least £500". 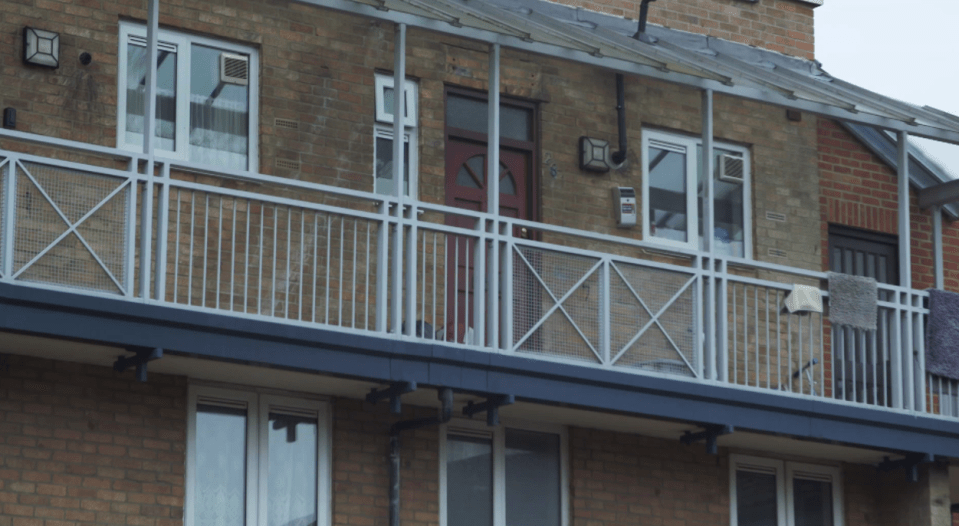 Jodie lives in a posh London flat, and this one-bed flat in Essex was a far cry from her usual lifestyleJodie revealed how she was tasked with cooking dinner for the kids and even had to chop her first ever onion.

She also had to roll up her sleeves and do the washing up, despite only washing three dishes in her life.

Jodie said: “I had to cook for the kids. I think I burnt someone’s food and then her daughter who was a baby threw spaghetti at me all over my coat that had to be dry-cleaned.

“That was not a good point of the show.

“I went with her to meet one of her friends but where chores are concerned I don’t think I did much cleaning.

“I had to do the washing up I think, that was a bit tragic.” 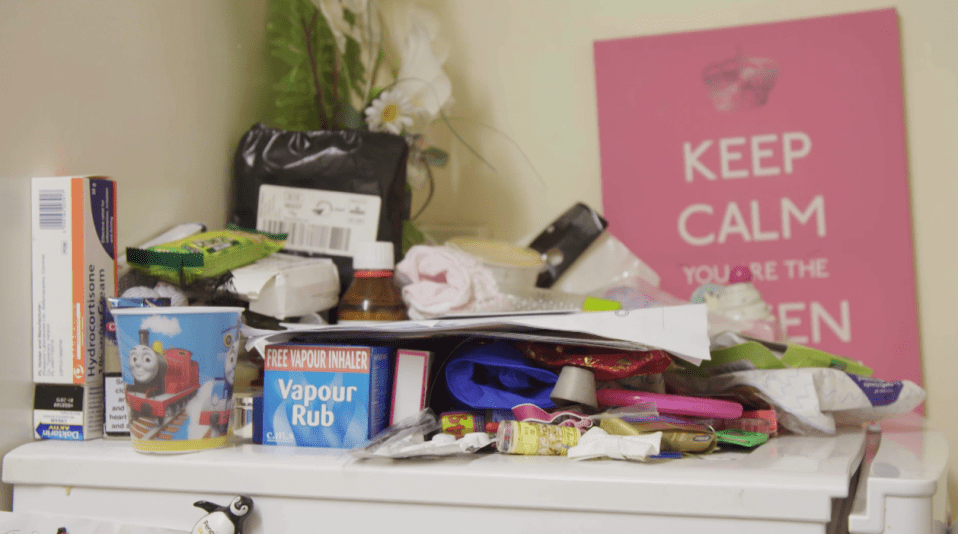 Back in London, Jodie prefers to travel by Uber and admitted that she had never even set foot on a bus before filming.

And her first time, she claims, was quite an experience.

She said: “I didn’t know the etiquette where you get in on one door and get out the other.

“I take an Uber to work up to three times a week.” 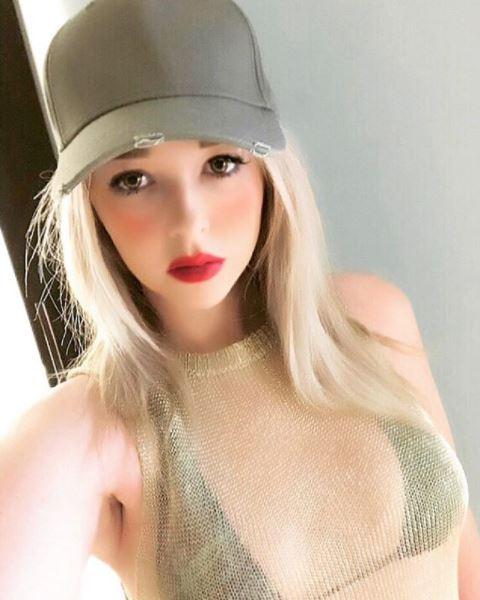 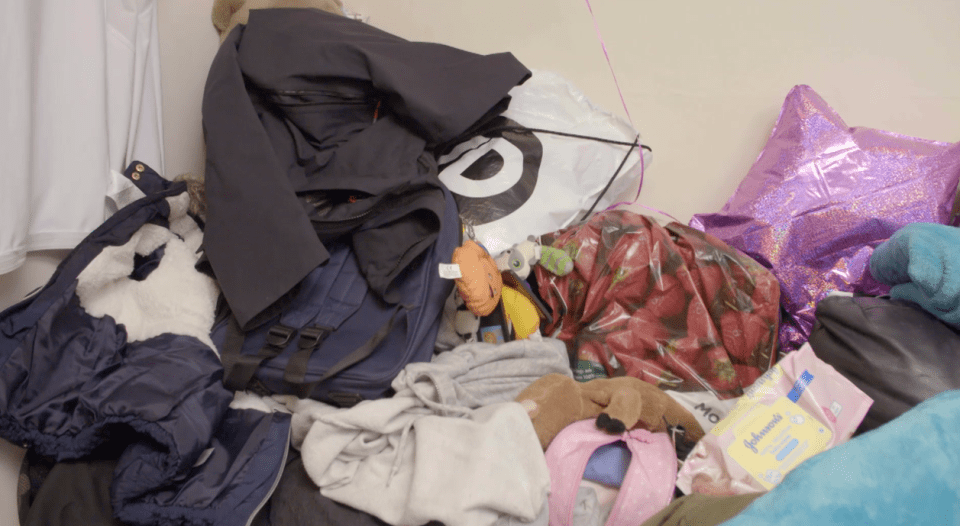 She was tasked with doing the school run for Becky’s kids, who take three buses each way to get them to lessons.

This, she claims, is another one of Becky’s decisions that she didn’t agree with.

Jodie said: “She wanted to keep them in a school that was really far away instead of moving them.

“By the time she gets there and drops the kids off, if she came back she’d have to go straight back again so she stays near the school the whole day.

“She just has a coffee with one of her friends. That again is another one of her bad decision I feel.

“If she put them in a school near she’d be able to have a part-time job in the day in the few hours that she has.” 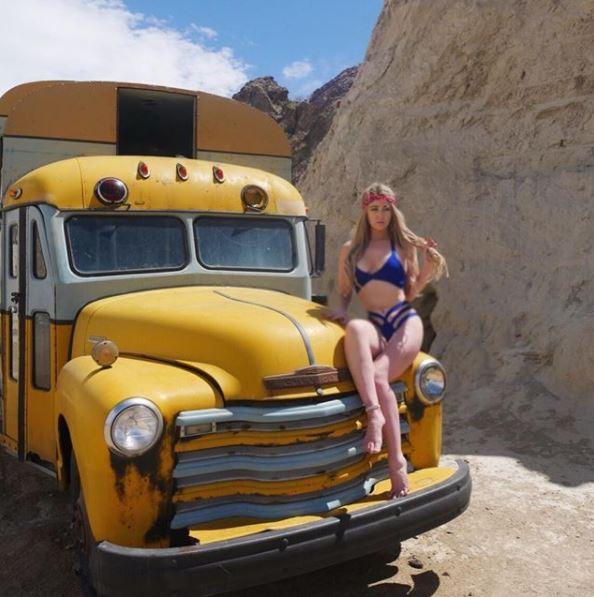 Another part of the “problem”, Jodie claimed, was the fact that Becky had flashy items in the flat.

Jodie said: “Everything was on finance and like it was huge like her TV was absolutely enormous, bigger than mine.”

She also had a huge bed that Jodie claimed she “shouldn’t be getting if you are struggling.”

Jodie said that when she parted ways with Becky, she left her with a gift as a thank you for their time together.

She explained: “I gave Becky a voucher. She said when she was on the show she would really like to get laser hair, but she never came to get it.

“That’s another thing, I’m trying to help you but you aren’t helping yourself. She’s a nice girl I just think mine and her mentality were polar opposite."

In the show she concluded: "I feel like the whole experience for me was kind of eye-opening, but at the same time it was very draining for me because it was being in a completely different environment, completely different mentality and living someone else’s life that is very chaotic.

Recently on Rich Kids Go Skint, a single mum from Croydon was left gobsmacked by her house guest's £8,000 Rolex watch – which is worth SIX MONTHS of her salary.