KATE Middleton's "rural rival" Rose Hanbury has reportedly been advised to "say nothing" amid rumours of a "fallout" with the Duke and Duchess of Cambridge.

Royal advisers are helping the Marchioness of Cholmondeley and her husband David Rocksavage handle the media, according to the Mail on Sunday. 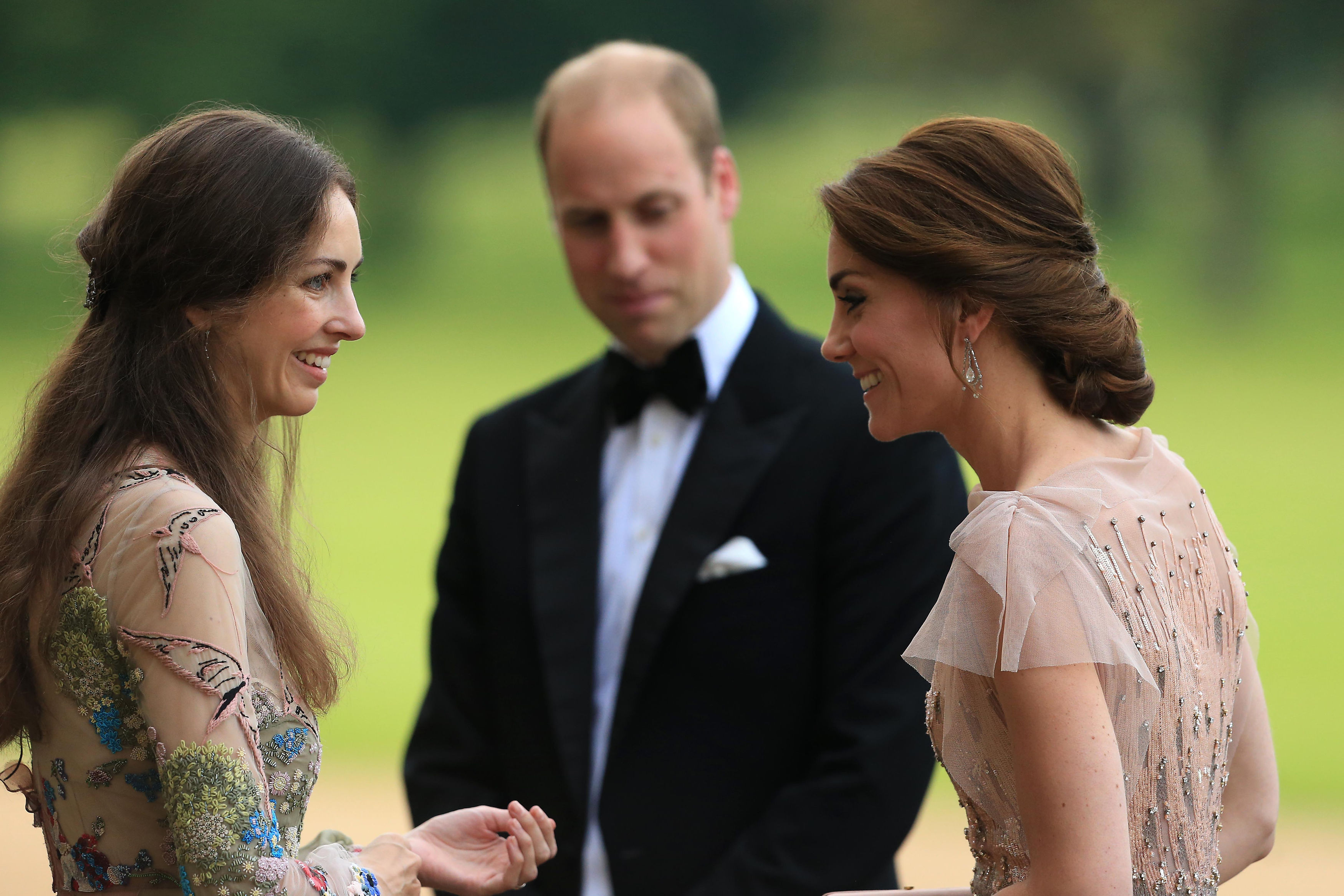 Kate 37, was said to have "fallen out" with her long-term Norfolk friend earlier this year, "phasing her out" of her social circle.

The row has meant that many of the agricultural county's blue bloods – known as the Turnip Toffs – have almost felt forced to choose between the royal couple – based on the Queen’s Sandringham estate – and Rose and David, who live a few miles away at Houghton Hall.

When Rose, 35, attended the Trump state banquet at Buckingham Palace last week with David, 58, she sat at the opposite side of the room to Kate.

She was also photographed without her wedding ring. 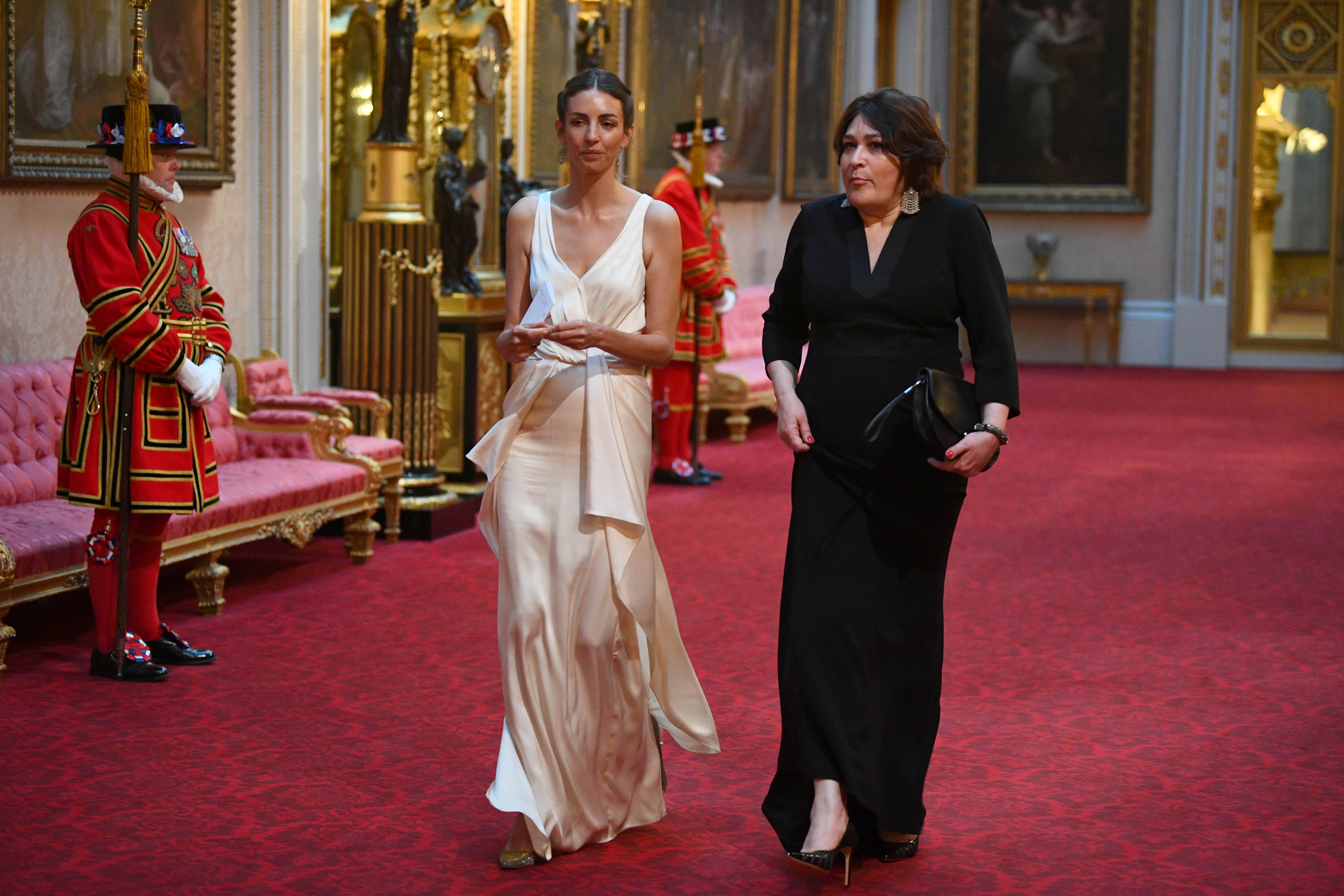 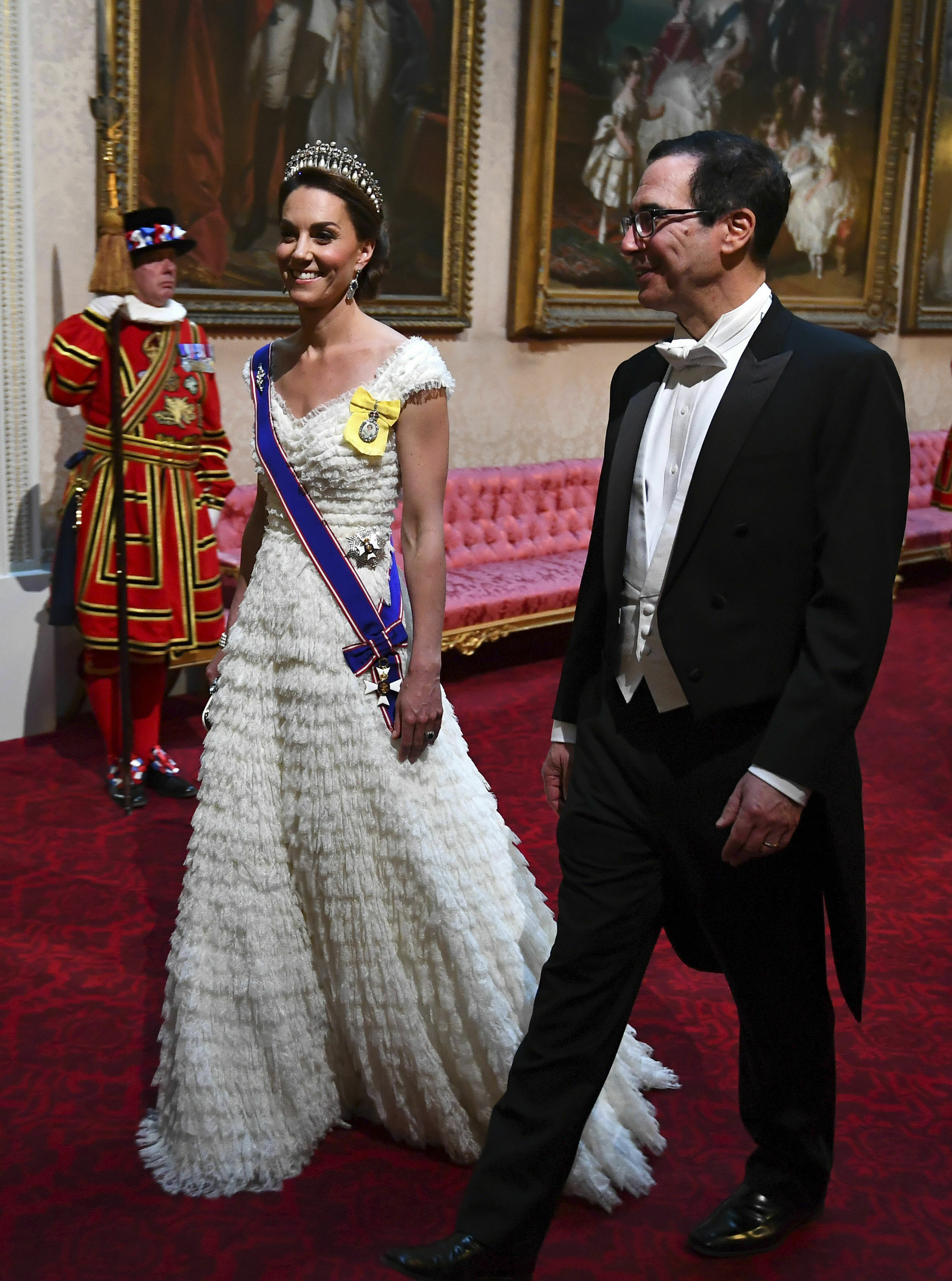 The Sun revealed in March how friends had told how Kate wanted Rose "phased out" as one of her and Prince William’s closest confidantes – despite her husband’s attempts to repair a rift between them.

A source said: "They should be really close but things are tense between them. No one understands quite how things have come to this.

"Over the years, Rose and Kate's lives have been entwined in many ways.”

Prince William was reported to have even stepped in to try to broker peace because he and Kate have enjoyed double dates with Rose and David as the royal heir gets on with him.

However, royal insiders say Kate has refused, and one source revealed: "It is well known that Kate and Rose have had a terrible falling out. They used to be close but that is not the case any more."

Rose often attends State Banquets with her Eton-educated husband David Rocksavage, who is the 7th Marquess of Cholmondeley and Lord Great Chamberlain, due to his title and position. 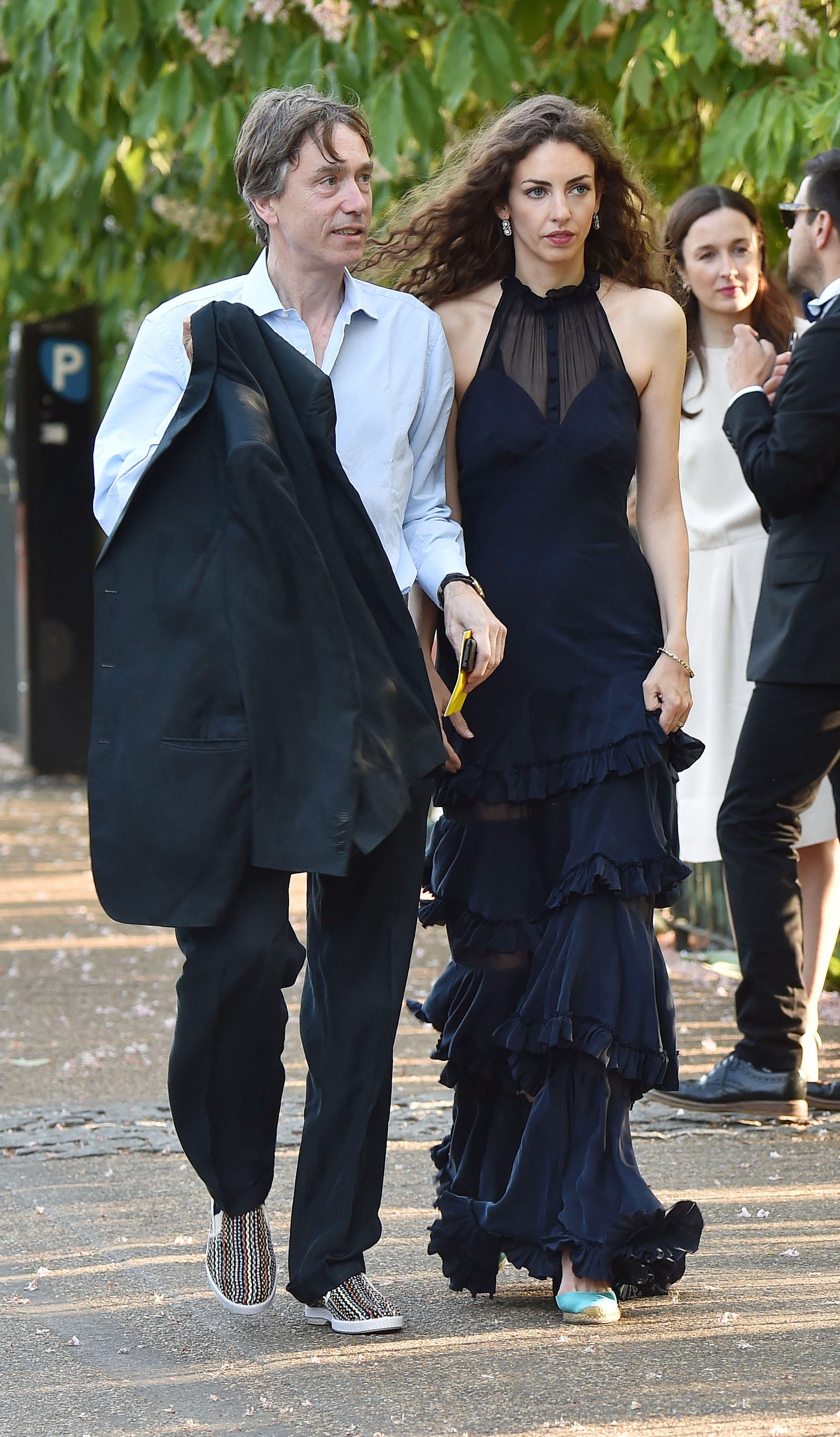 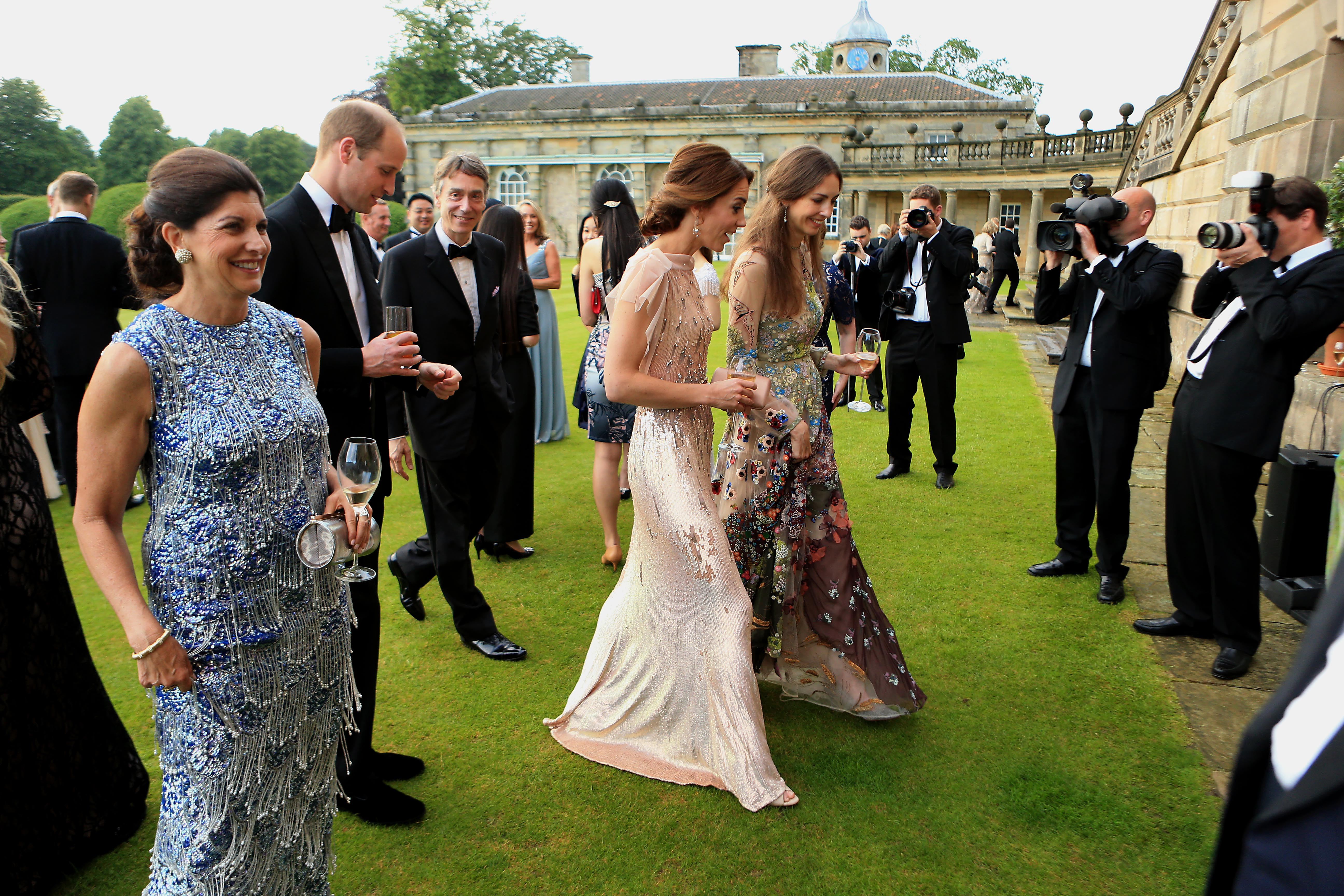 Rose and David – who married in 2009 – live just three miles away from Kate and Prince William's home, Anmer Hall.

The four had previously enjoyed dinner parties and attended weddings together.

And Rose's twin boys Alexander, Earl of Rocksavage and Oliver, Lord Cholmondeley, and daughter Lady Iris have been playmates of Prince George.

They attended the royal couple’s wedding eight years ago – where Rose was hailed as the best dressed guest.

In 2016, Kate and Wills were star attendees at a black tie gala event hosted at Houghton Hall, another illustration of their closeness. 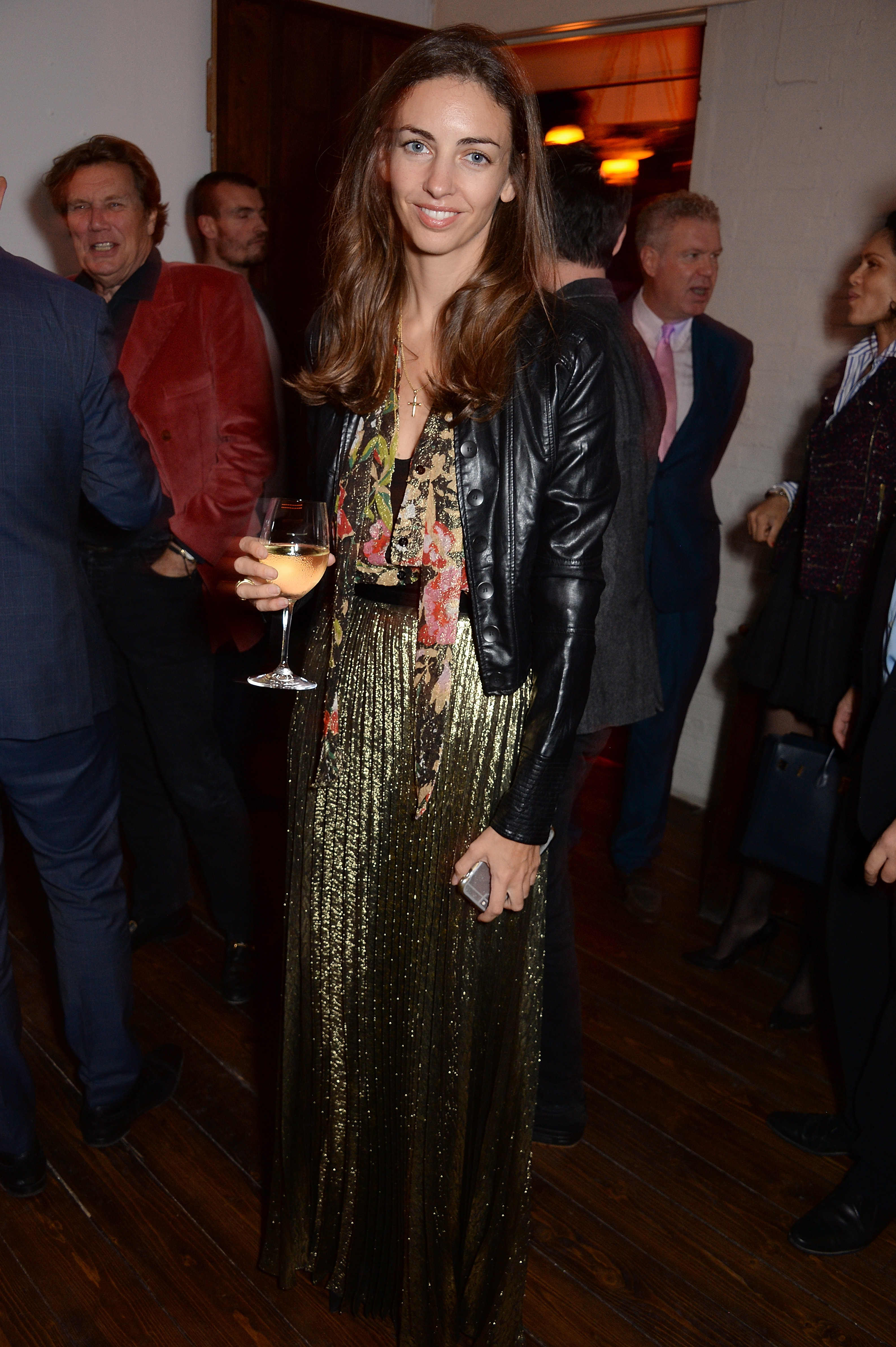 Rose is a former model for the agency Storm, which discovered Kate Moss, and also had a brief stint as a political researcher for the Conservative MP Michael Gove.

Her paternal grandmother Lady Rose Lambert was a bridesmaid at the Queen's wedding to Prince Philip in 1947.

Her husband David inherited an estimated £112million estate 27 years ago, which included Cholmondeley Castle in Cheshire.

Meghan Markle is "much more mature and ready for her role" than Princess Diana was, claims royal expert.

And Kate Middleton and Prince William snuck off for a secret afternoon tea date during their Cumbria visit.