The Duke and Duchess of Cambridge have settled on a name for their new little prince.

Kensington Palace announced on Friday morning that the royal baby will be called Louis Arthur Charles.

“The baby will be known as His Royal Highness Prince Louis of Cambridge,” the palace said in the tweet.

Louis Arthur Charles was born at 11:01 a.m. local time in London on Monday. Prince William and the former Kate Middleton introduced him to the world about seven hours later on the steps of St. Mary’s Hospital before they headed home to Kensington Palace.

Louis Arthur Charles will be fifth in line to the throne, after Prince Charles, Prince William, George and Charlotte. 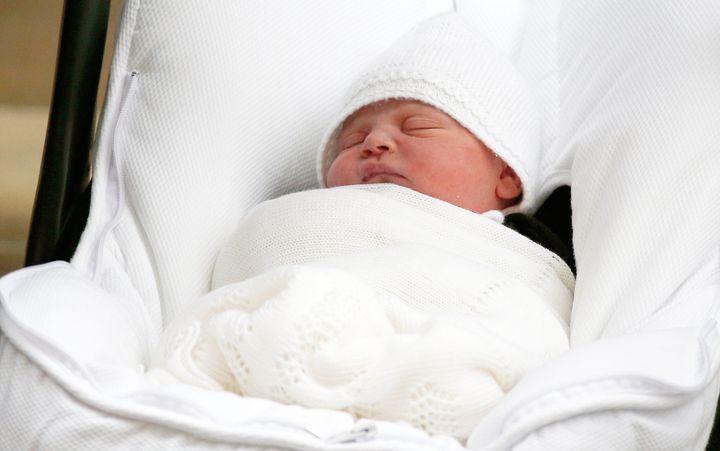 Before the royal baby was born, the British betting company Ladbrokes had Arthur as the favorite for the name at 5-1, followed by James at 8-1, Albert at 10-1, and 16-1 for both Frederick and Philip. Bookies at William Hill, Paddy Power and Coral also identified Arthur in the lead.

Aside from being born into the royal family, the new little one can also look forward to a possible appearance at the royal wedding next month and to a pajama party at the palace with Barack and Michelle Obama. The former first lady already mentioned she hopes to meet the prince.

“I’ll wear my robe!” Michelle said in a Monday message to the Duke and Duchess of Cambridge on Instagram and Twitter.