A SCHOOLBOY was bursting with happiness after his classmates organised a secret toy collection for him after he lost everything in a house fire.

Year four student, Daniel Hunt, from Tennessee, and his family lost all of their belongings after their home burnt down a fortnight ago. 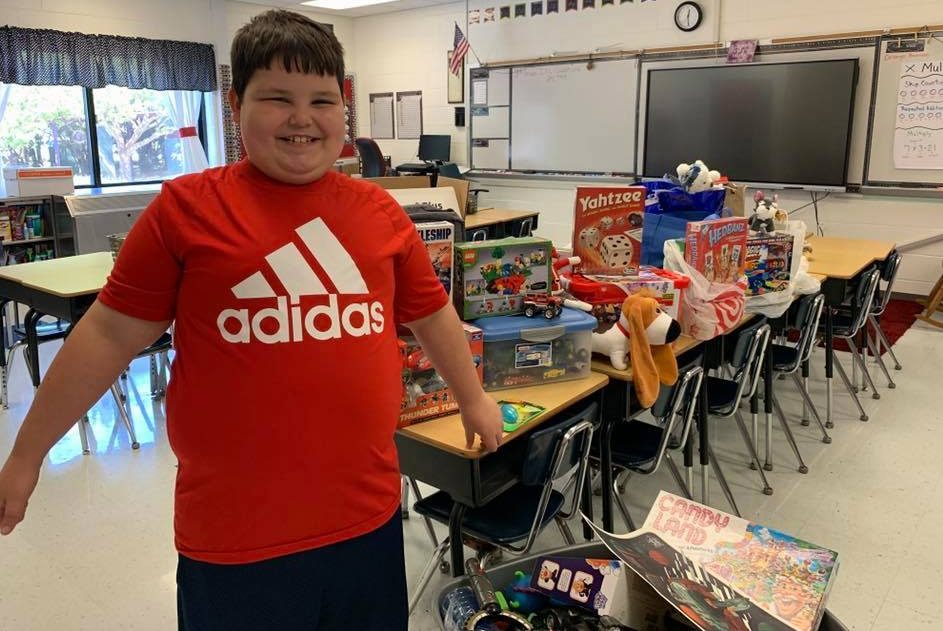 His school friends and teachers rallied around and organised a secret toy drive, to replace what Daniel had lost.

They said: “Last week, one of our Warriors, Daniel Hunt, lost all of his belongings in a house fire.

“His 3rd grade teachers and classmates started a secret toy drive for him to replace the toys he lost. 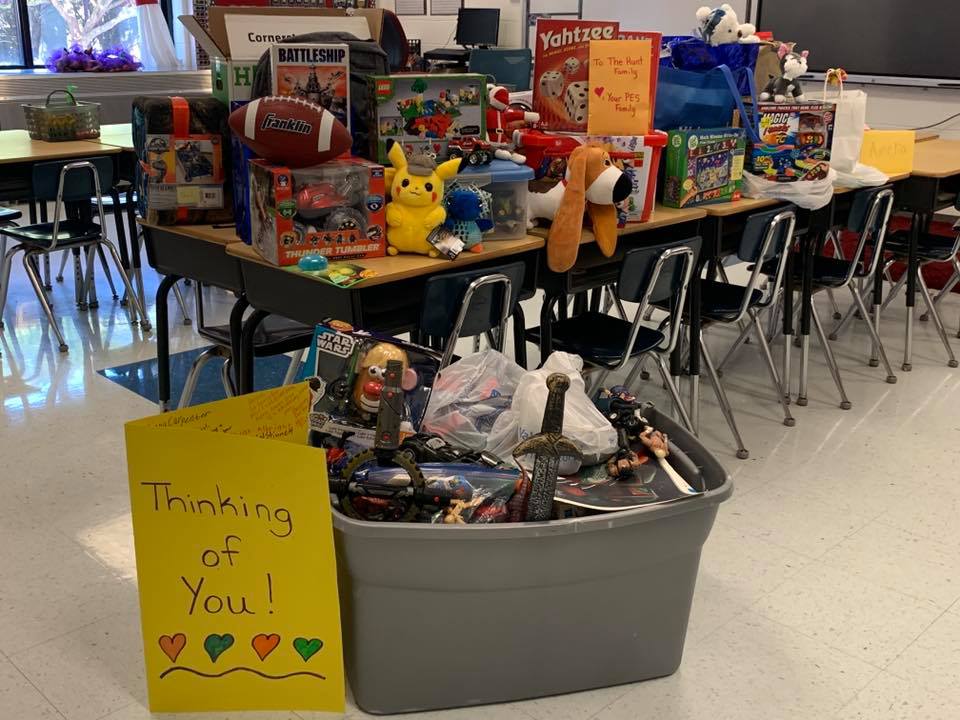 “He received the toys today and he was so surprised and thankful!”

A video captures the moment Daniel is surprised by his peers who all shout ‘surprise’, and they give him a group hug.

Kelly Jones, a school counselor from Philadelphia Elementary School, told ABC News that Daniel is one of "the most positive, happy students I’ve ever seen."

Kelly said after the blaze the community pulled together and began texting and calling each other to see how they could help.

Last week, one of our Warriors, Daniel Hunt, lost all of this belongings in a house fire. His 3rd grade teachers and…

The toy drive was organised in complete secret, with Kelly saying: "It was amazing to witness the excitement these third-grade kids had while sneaking in toys.

“People were holding doors for him, getting his pencil ready for him each morning, taking his chair down from the desk for him to sit in and swarming him at recess."

Kelly said teachers had tears in their eyes as Daniel embraced his classmates, adding: "I feel extremely blessed to have witnessed the pure love and giving from the hearts of the 3rd grade students at my school last week."

Daniel reportedly later told his grandma he was “happy crying” after receiving all the toys.

Last week, one of our Warriors, Daniel Hunt, lost all of this belongings in a house fire. His 3rd grade teachers and…

While this mum flogs her kids’ toys on eBay to fund her hobbies and crafts.

We previously reported on a dad who built his daughter an amazing garden bar for FREE by using old fence panels – and it only took him a week.

While this mum transformed her spare bedroom into a glam ‘woman cave’ with bar and neon lights with just £400 in a WEEK.