Kate Wasley, from Perth, is now a healthy size after ditching the diets and embracing her natural beauty. 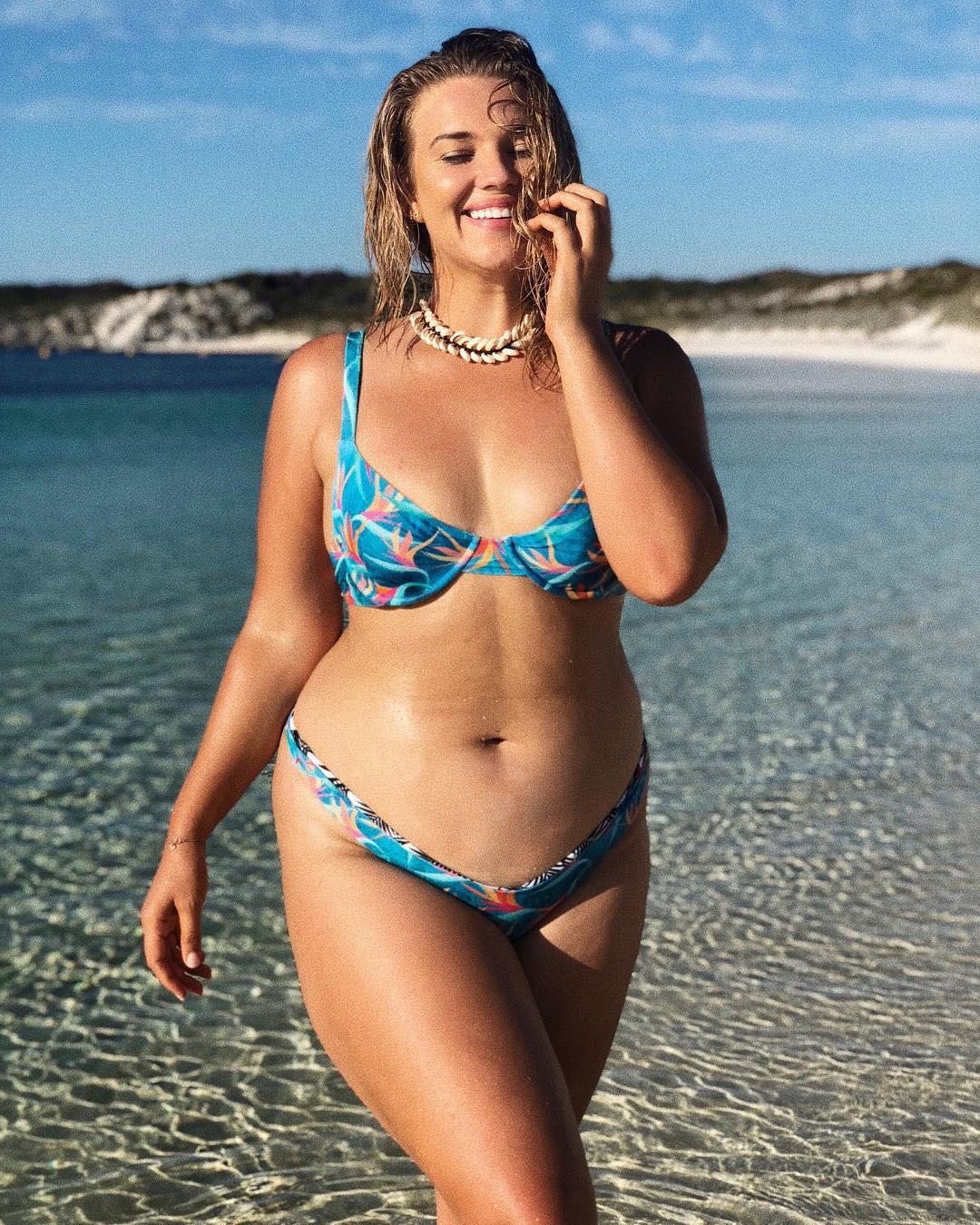 The 24-year-old has graced the page of Sports Illustrated and has co-founded the body positive movement, Any Body Co.

But it was a very different story when she was a teenager, as she opened up about her weight struggles in a moving Instagram post.

Uploading before-and-after photos of herself from her youth, 6ft Kate revealed a teacher’s mean remarks drove her to ‘hard’ dieting.

Sharing her story with her 333k followers on Instagram Kate said: “So in high school I was quite over weight, at least 8-10kgs heavier than I am now on the right. 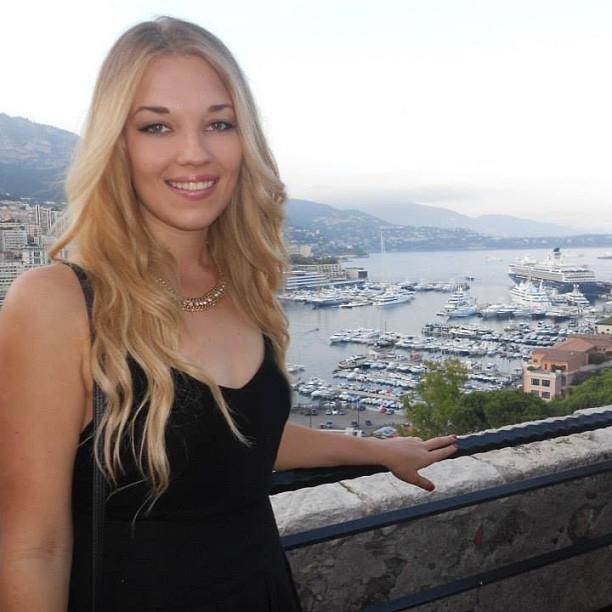 “I used to get a lot of comments about how I'd be 'hot' if I lost weight and that I had such a pretty face etc.

“People weren't necessarily mean to my face but the little comments stung as I was only 17 and the way I looked and what people thought of me was still a big deal.

“So one day after a teacher told me I front of all my friends that I 'probably wasn't as fit as I could be' and the same teacher on a different occasion telling me I was a 'good wind block' for my cold friend, I decided it was time for a change and I was sick of people subtlety making me feel like s***, about my weight. 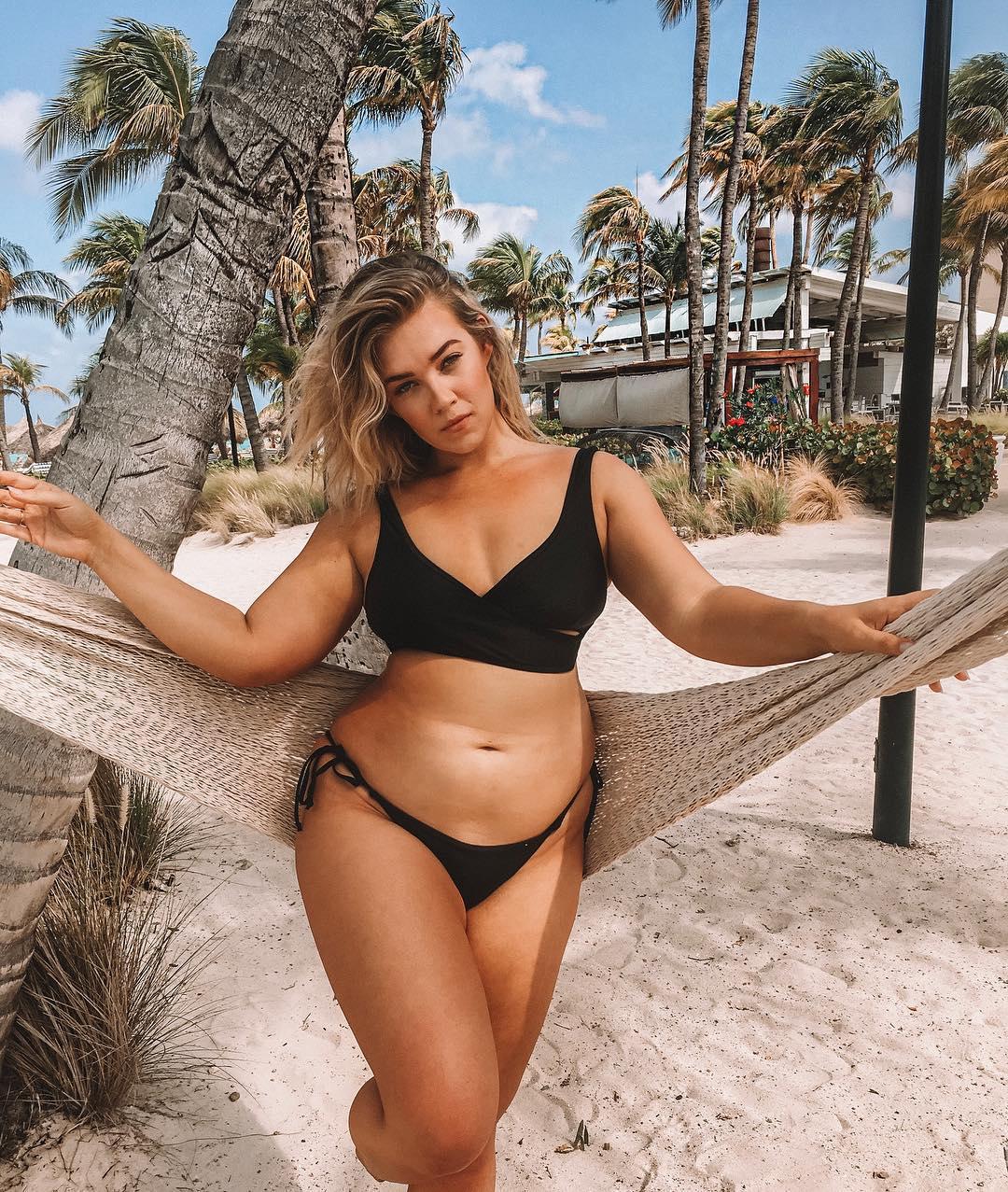 “I was never an overly self conscious teenager, subtle comments stung for a little bit and then I'd brush them off because I knew deep down that I was doing nothing for my health by eating pizza every day, drinking a litre of ice coffee and never exercising.

“Though this behaviour makes me cringe now because I know the effect that behaviour has on your insides, over all I was happy and I didn't really know where to start when it came to weight loss." 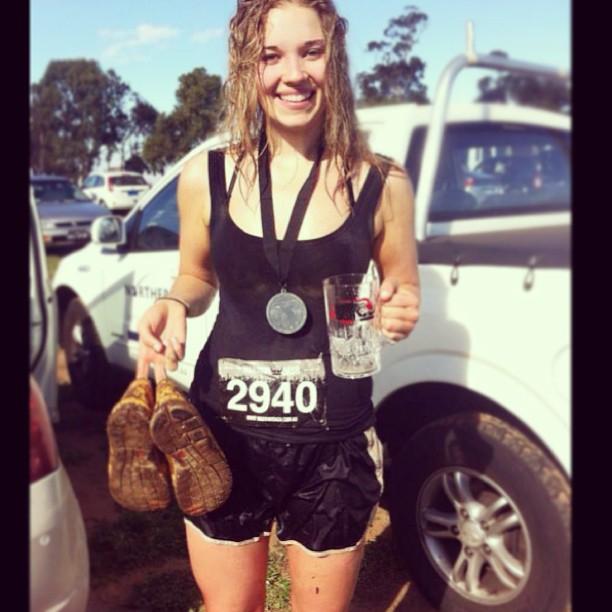 She went on to say she spoke to some girls and did a quick Google search before starting a diet.

“[I] started my very first diet that was the 'detox' it consisted of something ridiculous like 800 calories and a DISGUSTING juice with every meal that the cheap box and my one google search had convinced me was healthy and give me the body I desired.. 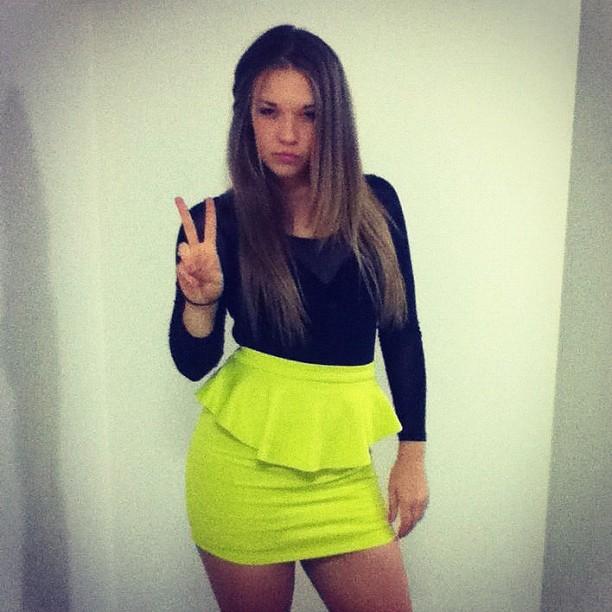 “Fast forward a few years and I had tried every diet in the world, high protein, protein only, detox's, juice cleanses and settled on one that I found worked and made me feel good, not eating.

“I was at a point where I didn't know how to eat more than that.

“I was stuck calorie counting my chewing gum and blending ice, lemon juice and spinach into a 'smoothie'.

“I would exercise until it hurt and omg I was fit. 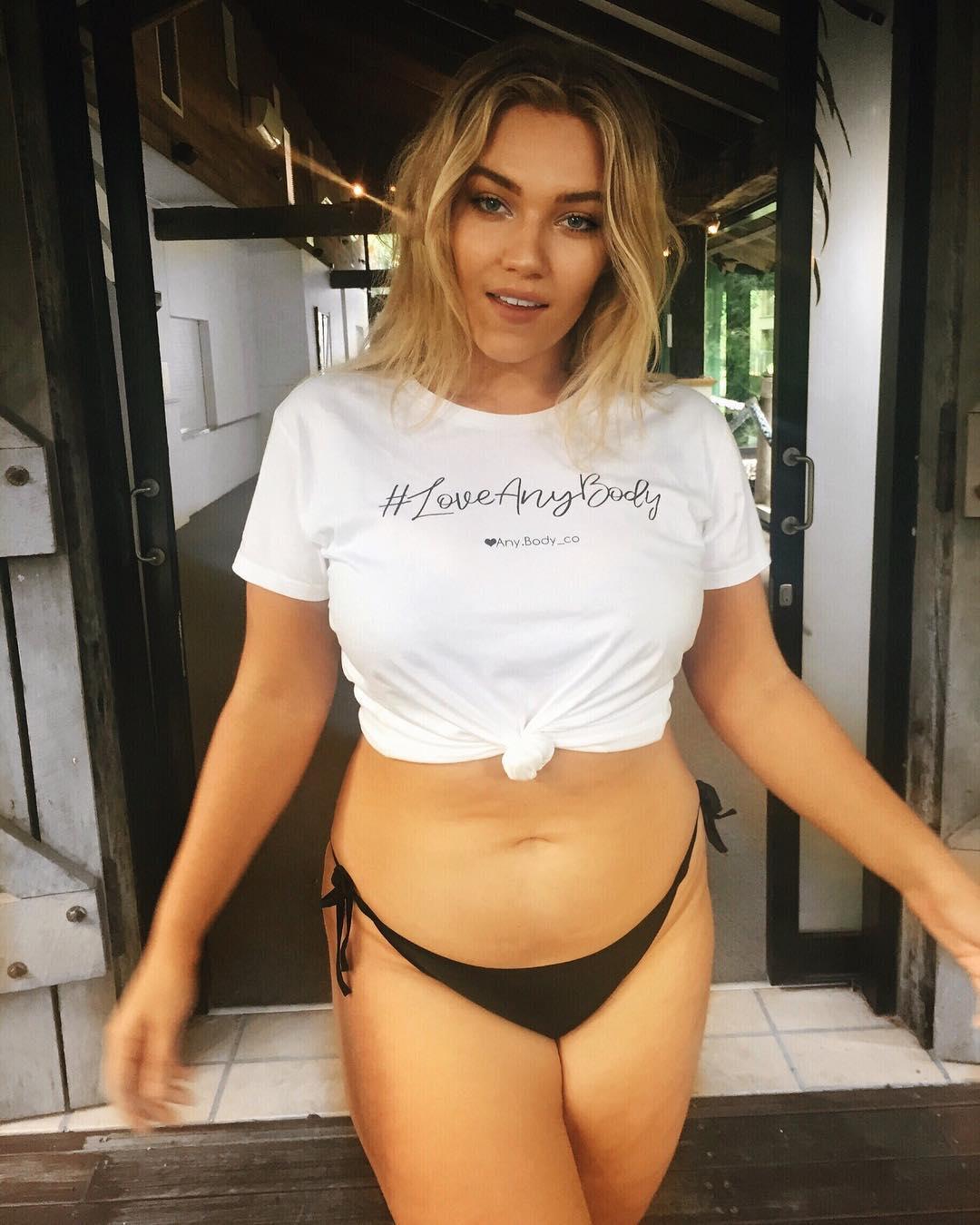 “I used to eat 800 calories a day which for a 6'ft girl that's used to eating upwards of 2000kjs a day exercising as hard as I did is stupid.”

Ultimately, she said it wasn’t sustainable, and it left her “tired and irritable” and with no energy or motivation.

As she lost weight, it fuelled anxiety over her appearance.

She said: “I was 18 and refused to go out and have fun or have a drink with my friends because it seemed the skinnier I got, the more self-conscious I got. 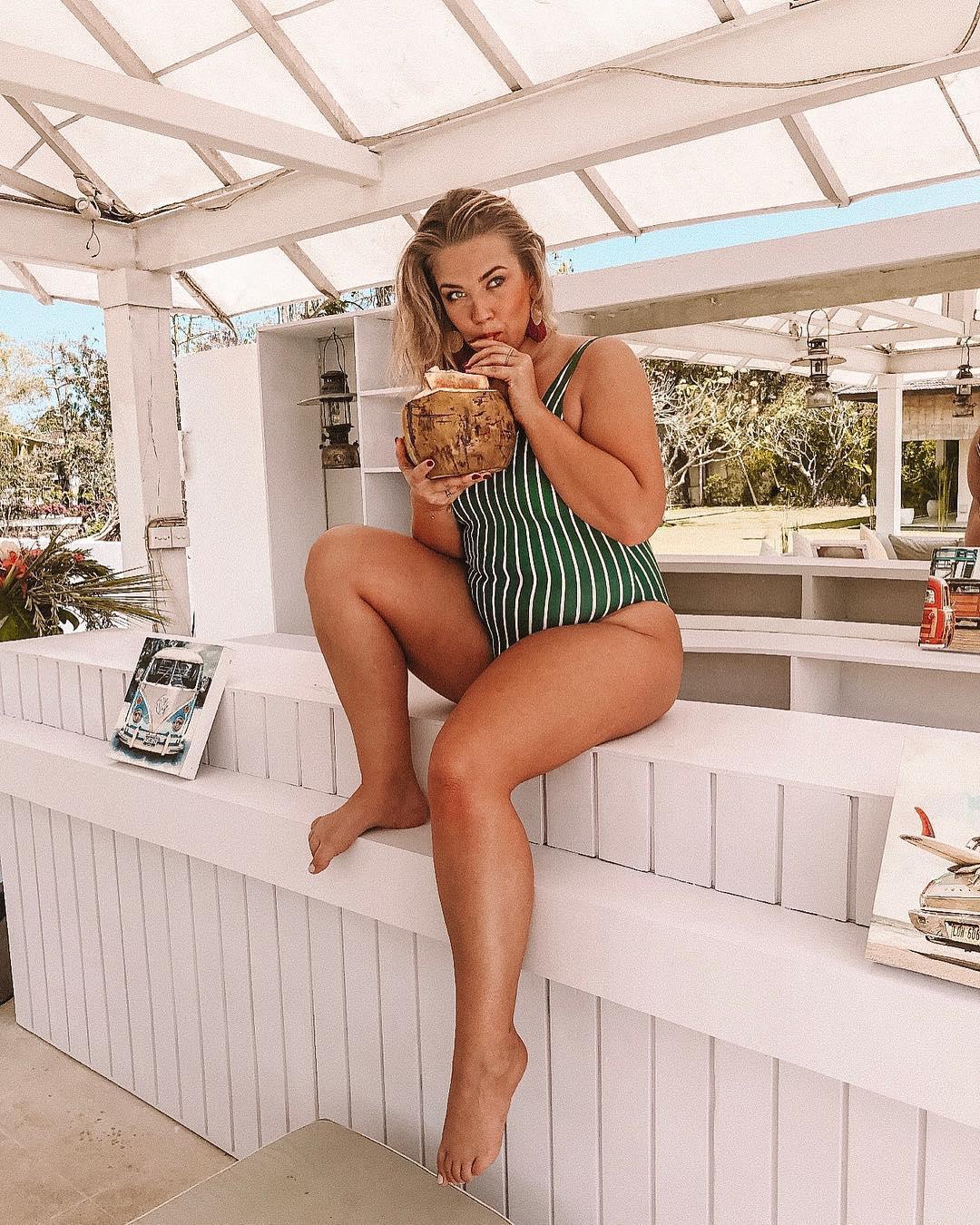 Eventually, she said that she “wasn't enjoying life at all because I hated myself. I decided to make a change.”

But she acknowledged how hard it was, saying: “I'm much happier now that I've accepted my body. It was a hard thing to do.

“It's a journey and it's tough in today's society where the 'perfect' body is stuffed down your throat.”

Her honesty has been praised by her followers, who called her inspirational and shared their own stories.

One person commented: “You look amazing in both, but you look so much happier in the right photos.”

This person agreed, saying: “You look happier and have a beautiful glow now.

“Well done on finding it.”

A third person commented: “Stunning! Thanks for sharing your story!”

This person said: “Thank you for sharing your journey.

“You have such a beautiful soul and are an amazing inspiration for young girls.”

One person commented: “This post is so so important.”

And one person replied: “That teacher need a kick to the nuts.”

We recently revealed a model admitted she survived on a diet of ‘cocaine, cigarettes and black coffee’ to stay catwalk thin.

And this mum said ‘it’s OK to put yourself first’ as she shows off toned tum just TWO weeks after giving birth.

Plus we recently shared a hilarious snap of a mum parodying sexy bikini advert to show how ridiculously skimpy the pants are.