STACEY Solomon made an epic ‘tent’ bed in her shed yesterday – but insisted it is not intended for partner Joe Swash.

Last month Stacey locked Joe out of the house after he came home from a boozy night out, and he was forced to spend the night in the shed. 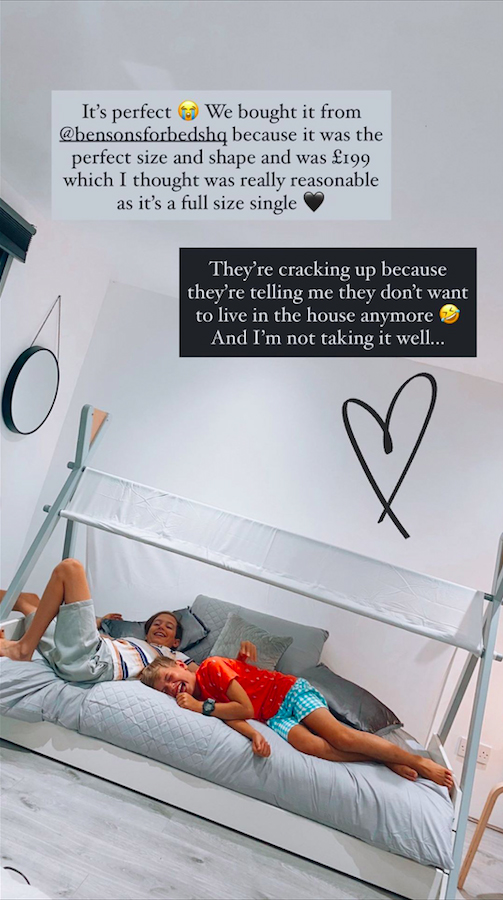 Taking to her Instagram Stories yesterday, Stacey showed the bed under construction, and wrote: “This isn’t a bed for Joe in case he gets tipsy and forgets his keys again I promise.

“It’s for the big boys when they find out who their friend bubbles at school are and can start having them over again.”

The Loose Women star, 30, often posts her DIY hacks on social media, so it came as no surprise that got stuck into making the bed.

She wrote: “Joe conveniently decided he’d take the pickle to bed so me and Leighton got to work… 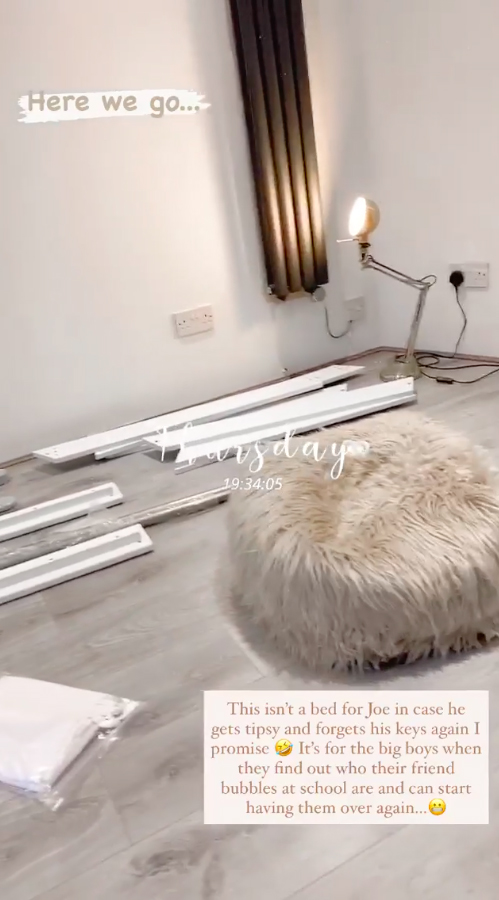 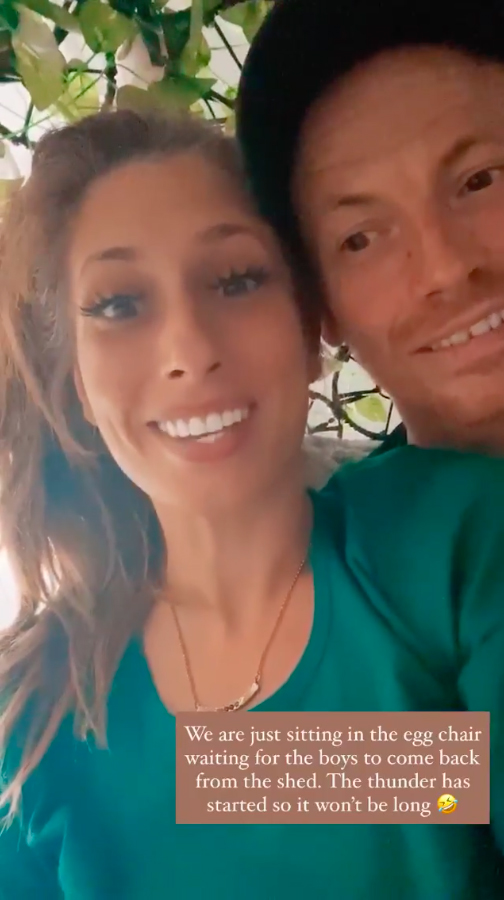 “Joe popped in and put one screw in just so he could feel like he helped.

“Leighton wanted to open the mattress because it was a Rollo one that expands when you open it which he found hilarious.”

Stacey shared Leighton and Joe assembling the bed and said her sons can “now pretend to camp”.

She told her followers that she got it for £190 from Benson for Beds and thought it was the “perfect size”.

She added: “They’re cracking up because they’re telling me they don’t want to live in the house anymore and I’m not taking it well.” 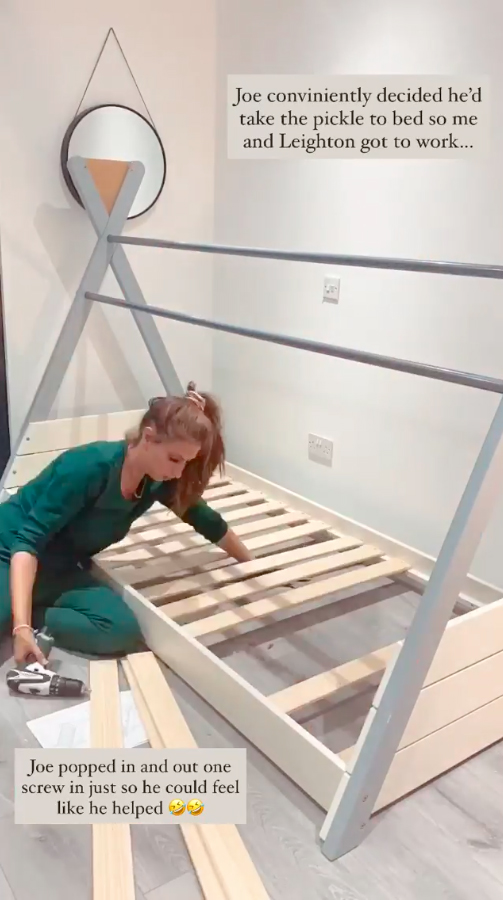 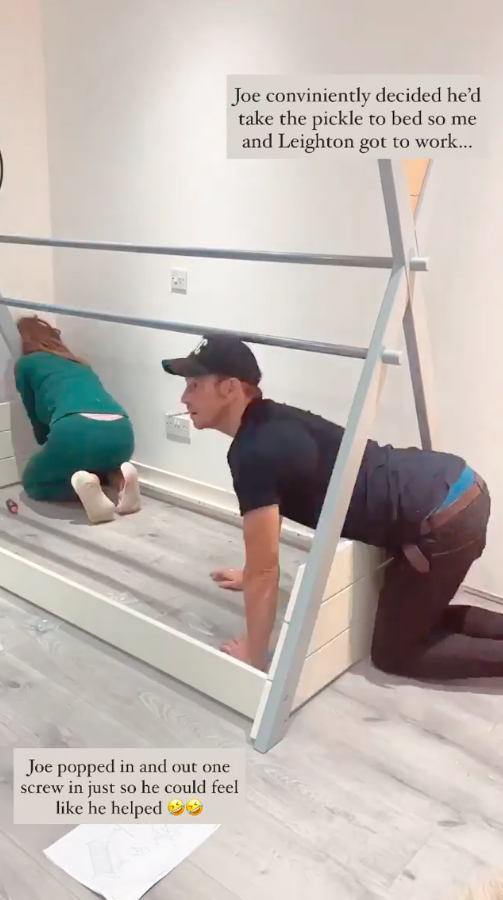 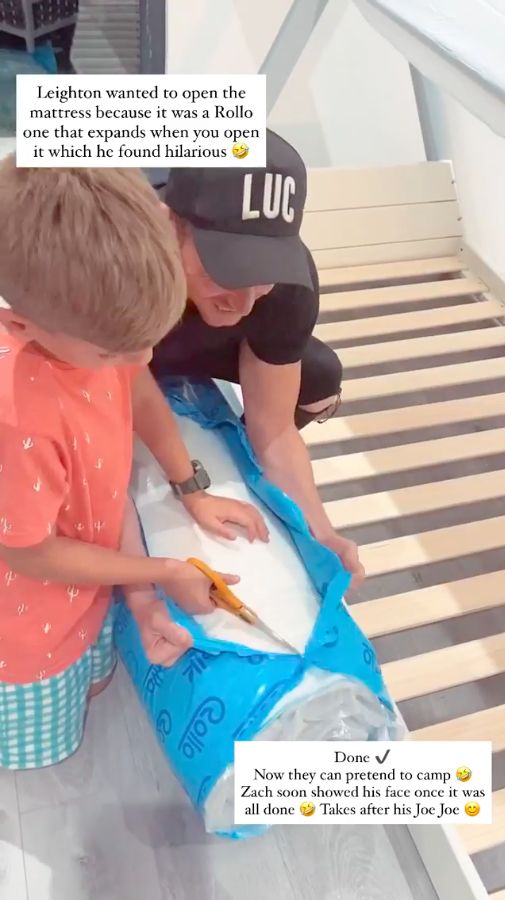 In her next upload she shared a selfie of her and Joe in her egg seat and she revealed they were waiting for the boys to come in from the shed.

The Loose Women star previously left Joe to sleep in the shed and her thirsty other half said he was forced to drink water from the garden hose – leaving Stacey in hysterics.

But, Stacey said it was a mistake, and that she was startled when she woke to find scruffy Joe banging on the door after believing he had kipped at a friend's house.

Tickled Stacey was cracking up at her distraught fella when she explained the gaffe to her Instagram fans today. 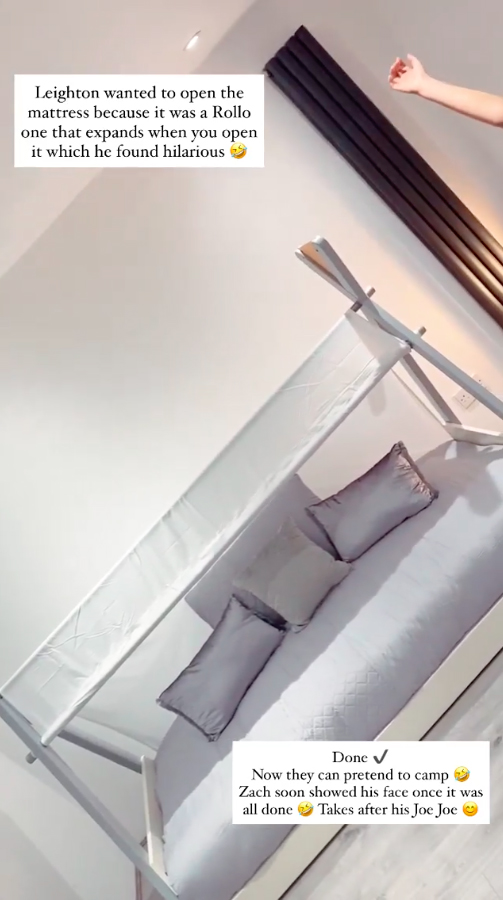 "I just had the shock of my life when I heard banging on the garden door this morning.

"I thought he had stayed out last night because it was the first time he had been out since before lockdown," she said.

Joe protested in the background, shouting "I came home!" and said he had been at his sister's 30th birthday with family and friends.

"I got really dehydrated at 3(am) and sat in the middle of my garden drinking out of a hose. Like a fricking garden ornament."

Stacey later filmed suffering Joe huffing and puffing in the kitchen with a can of orange Tango as his hangover hit him in waves.

He said he felt awful after having a terrible night's sleep and frowned at Stacey. 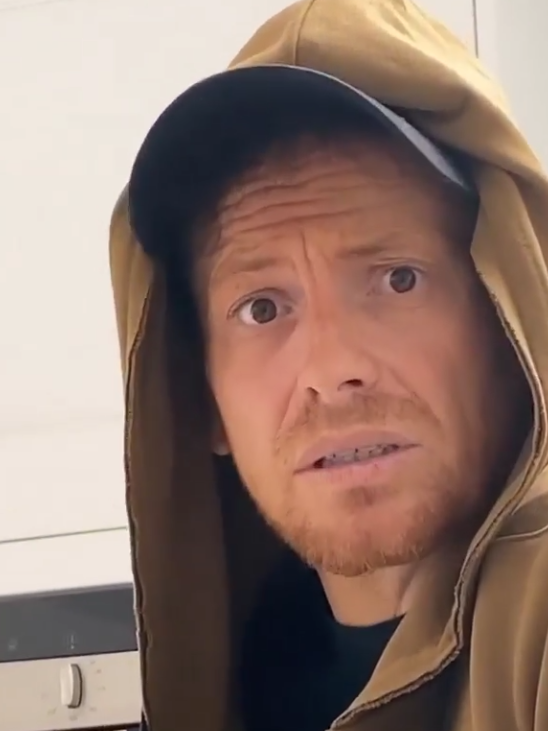 Looking like he'd been dragged through a hedge backwards, Joe said: "I'd be feeling a lot better if I hadn't slept in the shed.

"I know you locked me outside on purpose."

"No I didn't" Stacey said laughing. 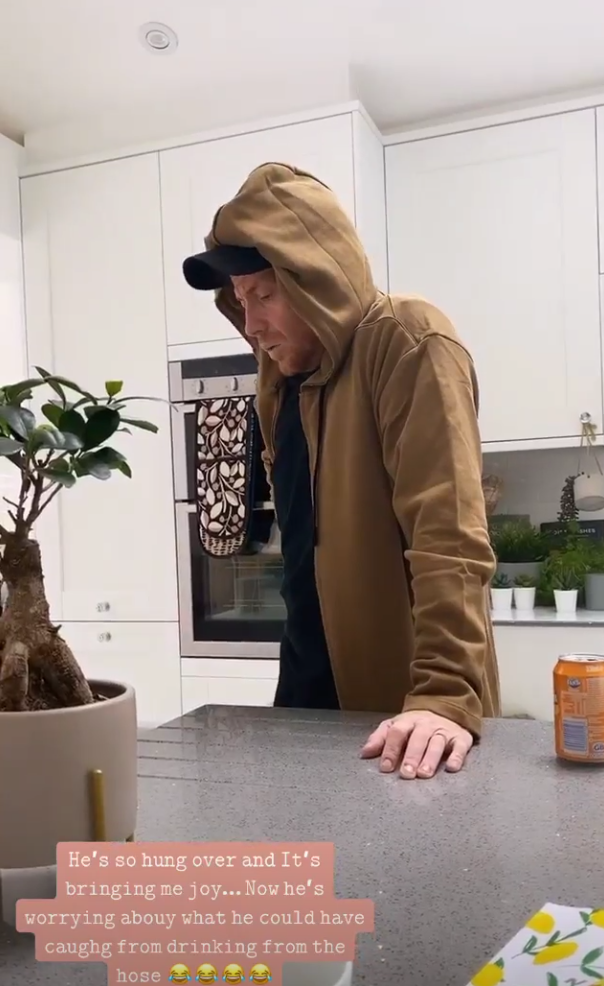 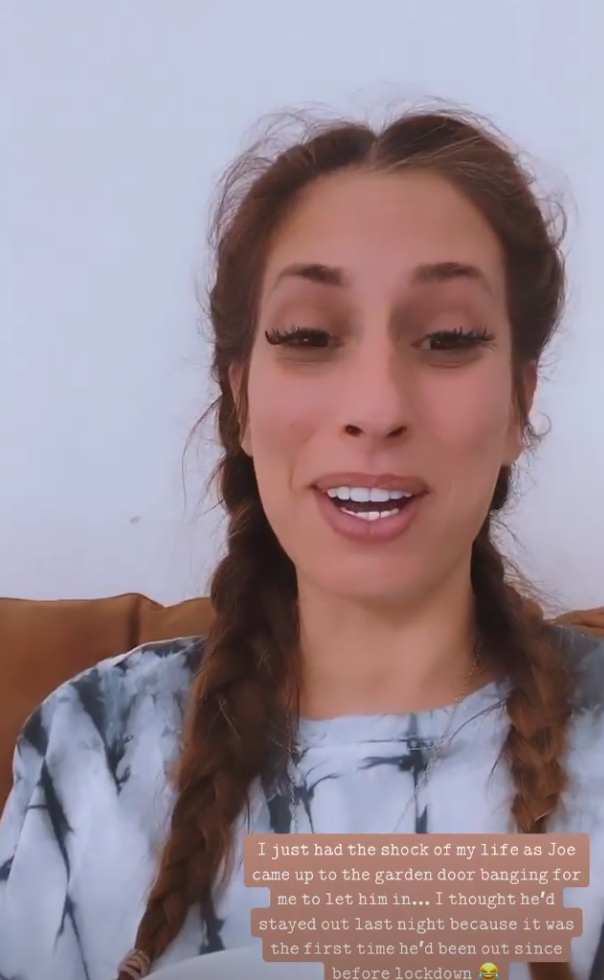 She teased in the caption on her video: "He's so hungover and it's bringing me so much joy.

"Now he's worried what he could have caught from drinking from the hose."

Previously, Stacey hinted at having more babies with Joe Swash as she admits she doesn’t want to be on the pill long-term.

And Stacey shared her budget back to school essentials – including Amazon buys and a lunch box from Asda.