STACEY Solomon is known for being the Queen of crafting, and has once again pulled out all of the stops for Easter.

The Loose Women star, 31, is sure to give her kids a celebration they won’t forget thanks to her DIY efforts, which include homemade bunny crackers and a pretty wreath. 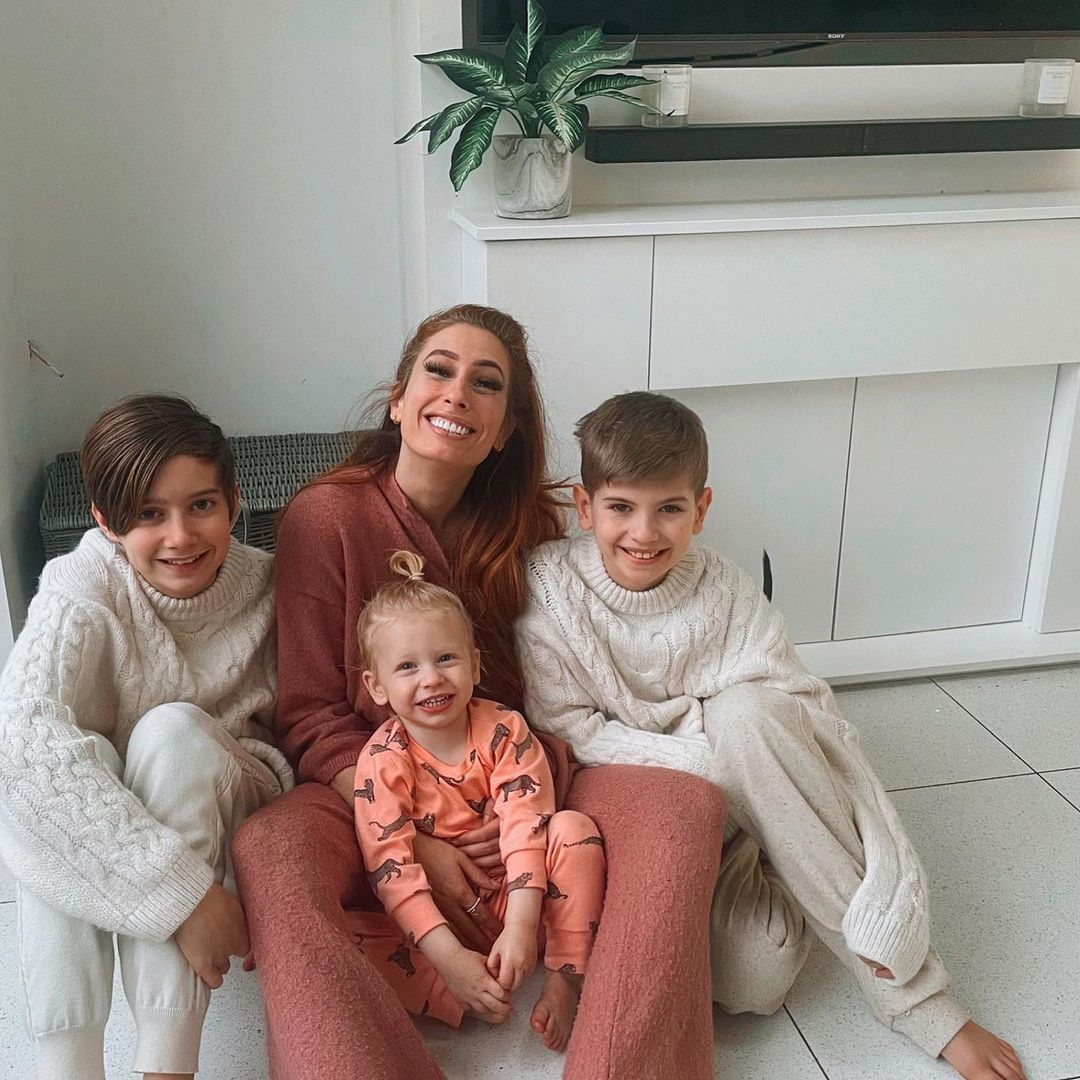 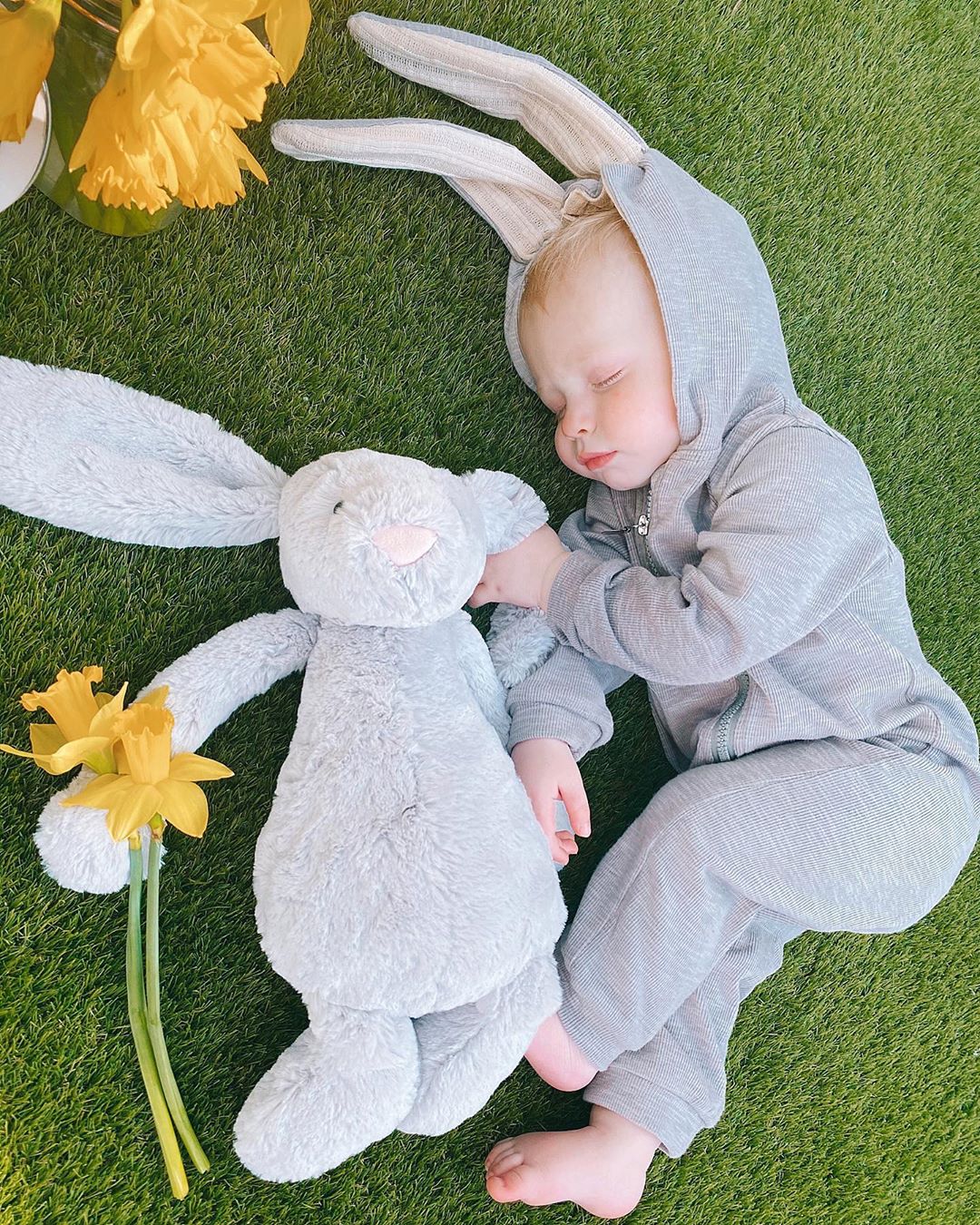 Stacey has also given her fans inspiration with an Easter display containing spring gnomes.

And she even whipped up some bunny eggs and toast for partner Joe Swash.

Thankfully many of her DIY decorations can be replicated at home, and most are very purse-friendly for those watching the pennies. 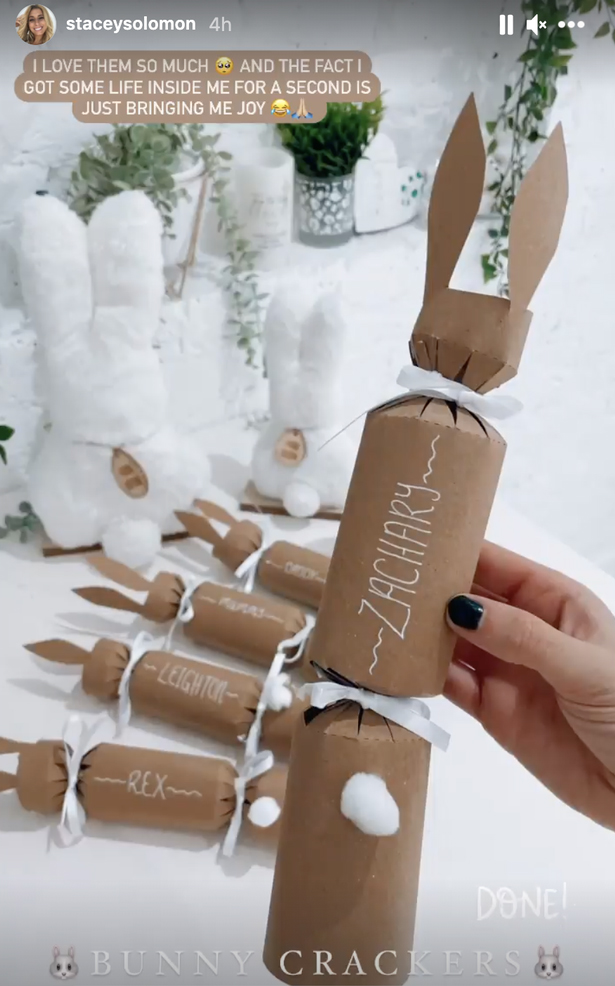 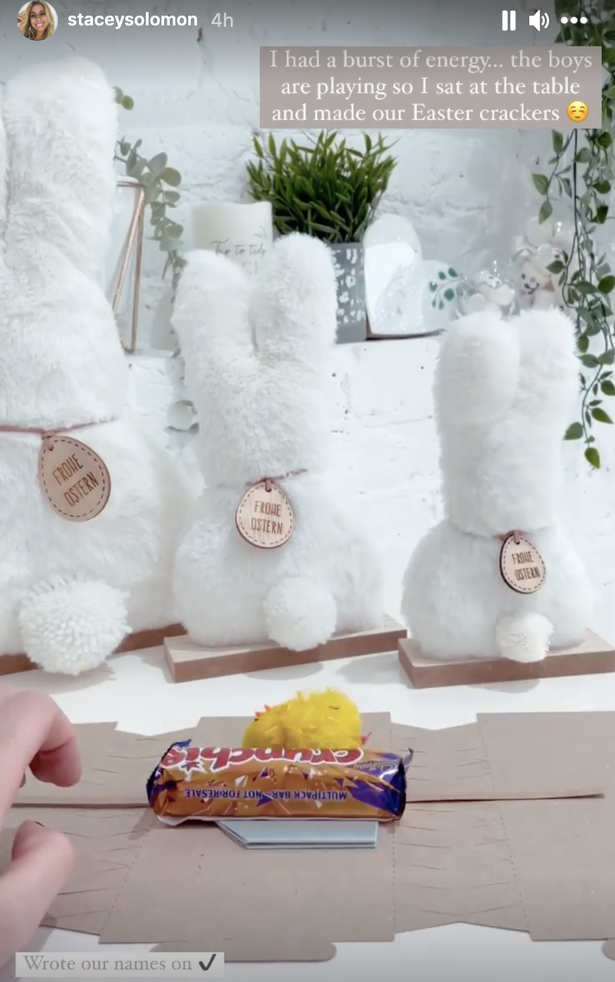 She then wrote each of the kids’ names on the outside of the crackers using a white gel pen.

Inside, she placed all the treats you’d normally find in a cracker, including a chocolate bar, a fluffy chick, a joke, a paper party hat, and a snapper.

She then secured the crackers and tied white ribbon in sweet bows on each end.

For an extra Easter touch, she cut out bunny ears onto the end of each cracker and added a white pom-pom to mimic a rabbit tail. 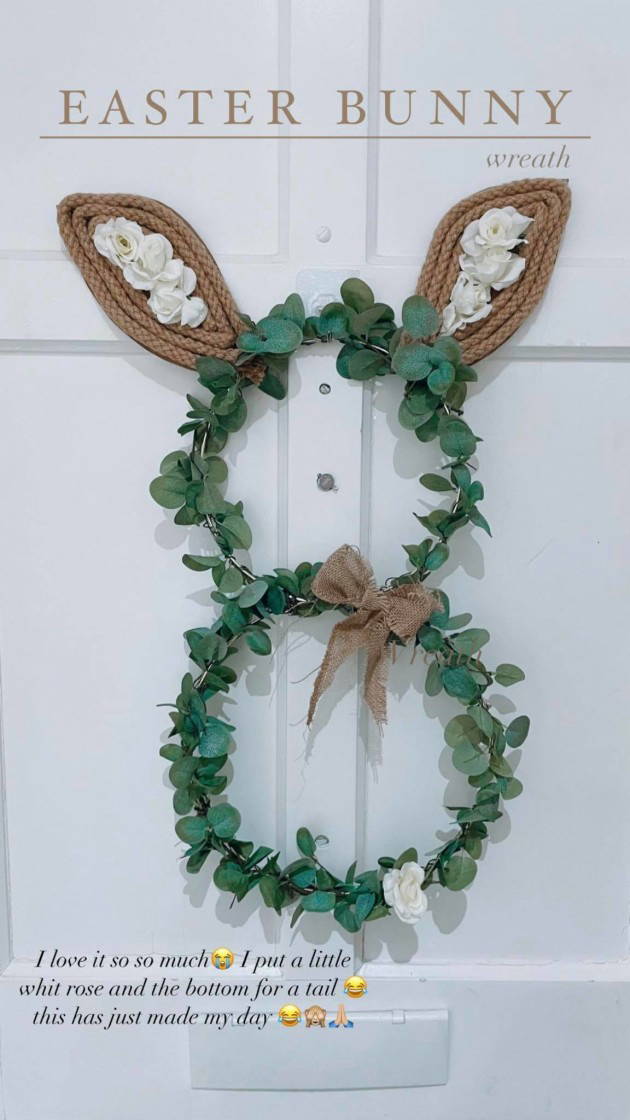 Stacey seized the chance to add a bit of Easter magic to her home by making a beautiful bunny-shaped wreath for her door.

Demonstrating the process on her Instagram Stories, Stacey said: “So I got one small hoop and one larger craft hoop.

“Placed the smaller above the bigger, attached two pipe-cleaners (which she later scrapped as they were too flimsy), shaped them into ears and taped it all together. 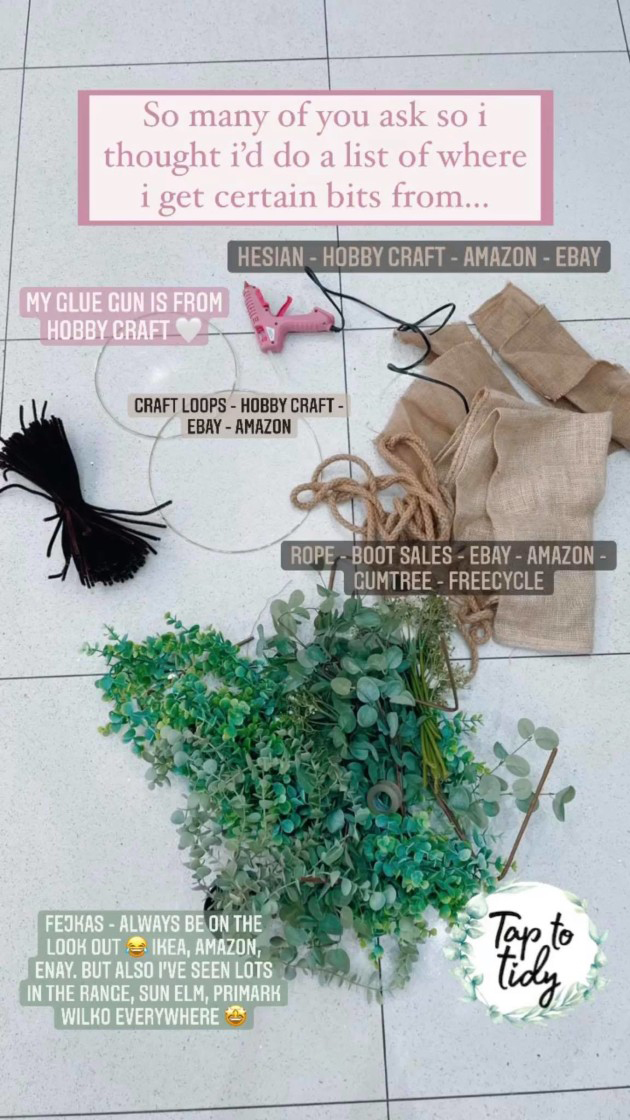 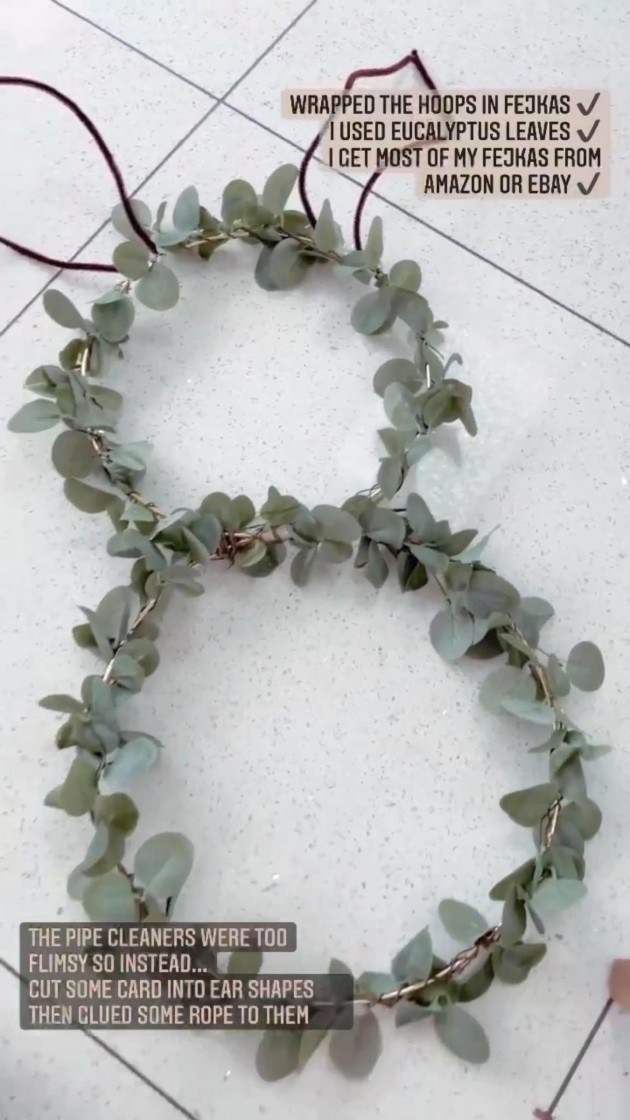 “Wrapped the hoops in fejkas (fake plants). I used eucalyptus leaves — I get most of my fejkas from amazon or ebay.”

She then cut some brown card to make bunny ears and glued the rope to them.

She continued: “Then I stuck some flowers inside the rope to make them look more like a bunny’s ears instead of leaves.

“Glued the ears to the hoop then added a little hessian bow.”

Finally, Stacey added a white fake flower to the bottom hoop to resemble a fluffy bunny’s tail and voila! 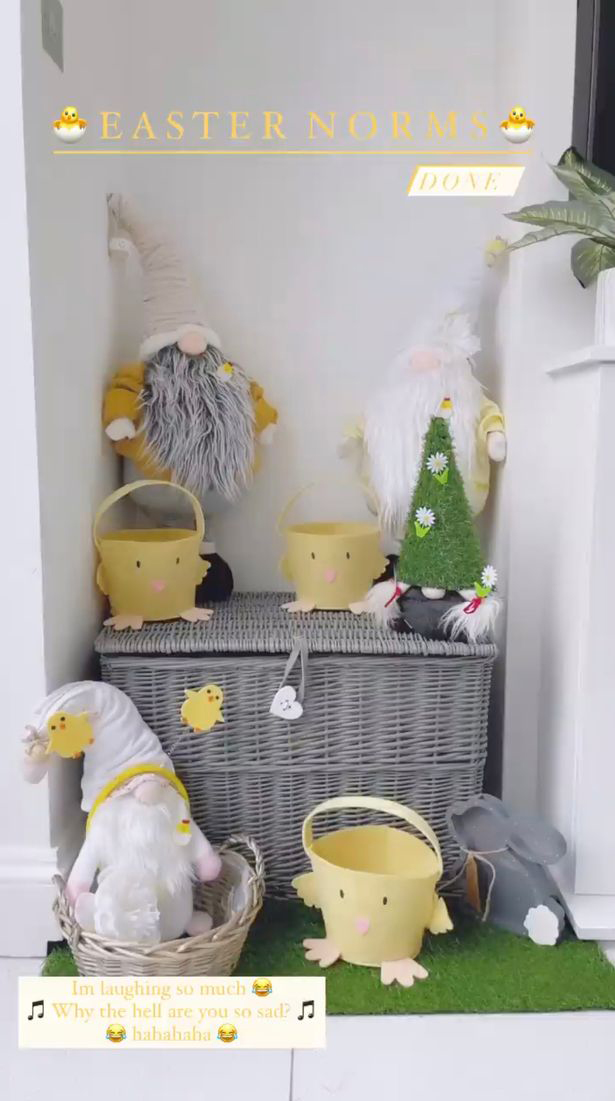 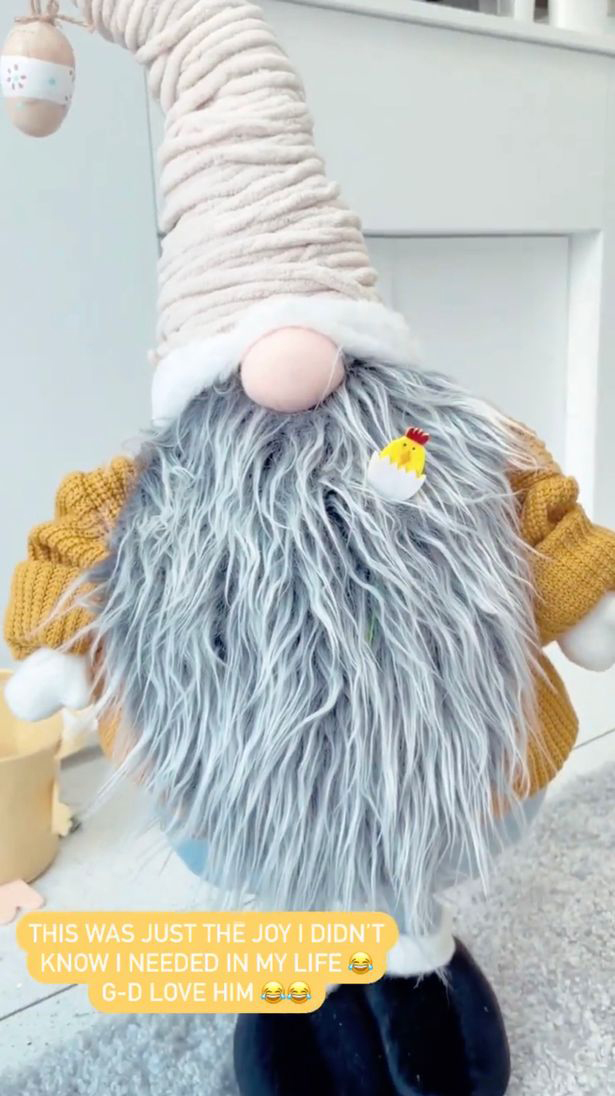 Stacey decided to spruce up her lounge ahead of Easter, and created a spring display.

She showed off her thrifty side by giving some of her Christmas decorations a tweak to fit the Easter theme – and of course her gonks, which she has named ‘Norms’, made an appearance.

She removed their festive outfits, and instead added some bright clothes from son Rex’s wardrobe.

She covered the gnomes’ hats with fake grass and flowers, and put the toys in wicker baskets.

Stacey finished off the area with a cute bunny ornament made from wood, and some chick baskets for her kids to do an easter egg hunt. 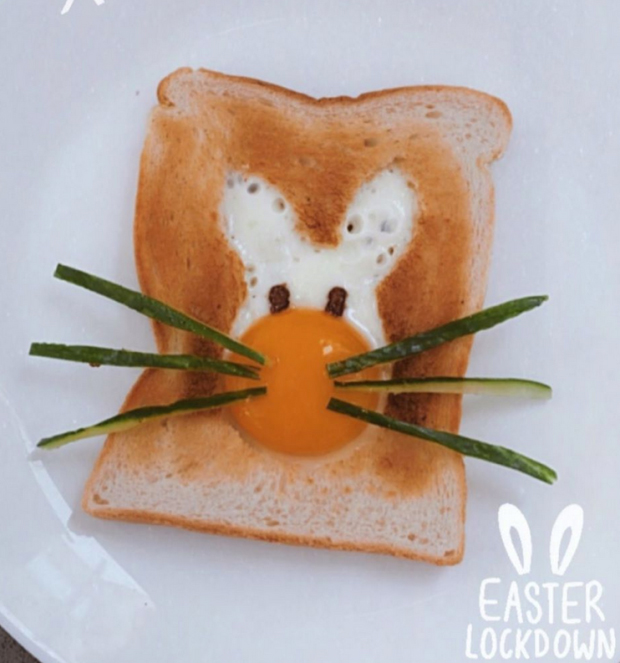 Last year, Stacey delighted partner Joe with an ingenious bunny-shaped version of egg on toast – and showed her followers exactly how to make it.

The Loose Women star told fans her boyfriend was so happy with his Easter treat this morning that "it made me want to cry".

She then revealed how she takes a slice of toast and cuts a rabbit-head shape out of it, before dropping an egg white in the middle. 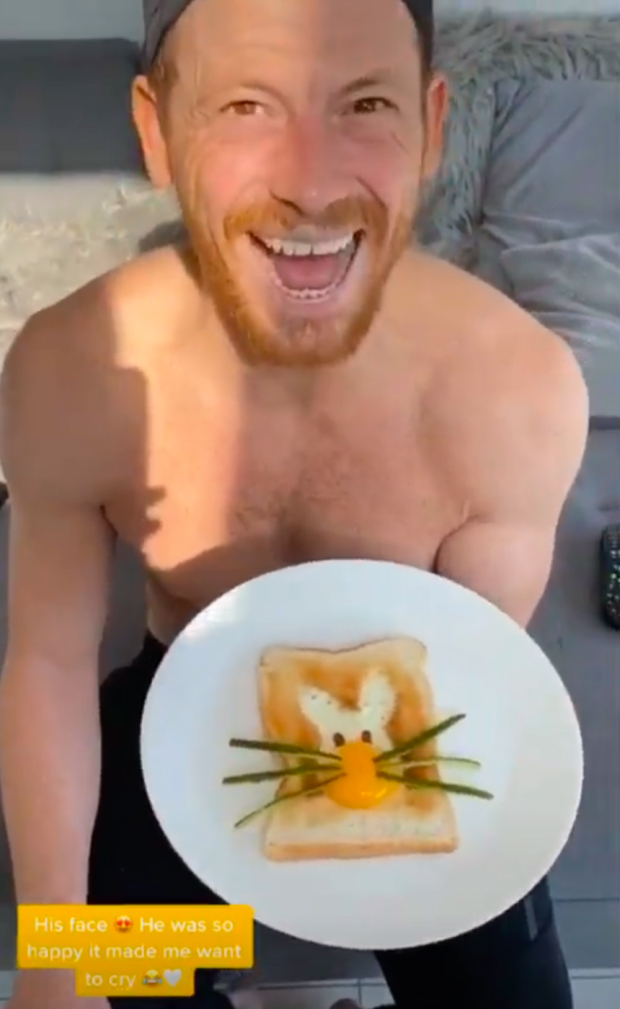 The TV star then added the yolk in the middle as a nose with thinly-cut slices of cucumber for whiskers and a couple of Coco Pops for eyes, explaining: "It was all I had."

Presenting it to Joe, Stacey wrote: "His face. He was so happy it made me want to cry."

Meanwhile, these are Stacey Solomon’s best interior tips – and they all use junk you’ve got lying around your house.

And Stacey shared her top lockdown creations so you can make them at home.