Here are some things you may not know about Anwar Hadid, the younger brother of mega-models Gigi and Bella Hadid.

Anwar, 19, is incredibly kind, funny and softly spoken. He is passionate about human rights and has started an artisan jewellery company. His most prized possessions include his mother's gold-and-diamond ring, itself an heirloom from her grandmother, and antique swords from his father's Palestinian ancestors. 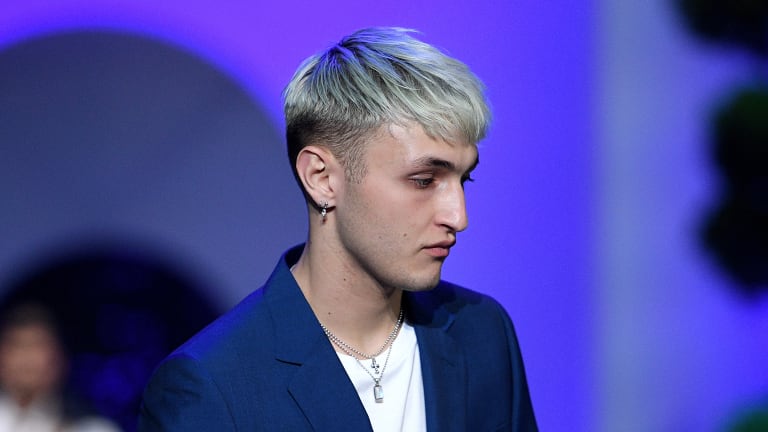 Here’s not looking at you … Anwar Hadid in the David Jones show on Wednesday.

"It's important for me to put something I love out into the world," he told me about his design career during his first trip to Australia this week.

He also wears odd-coloured socks and prefers to be on the "other" side of (that is, away from) the camera.

"[Fashion is] only for me to have a platform to do other things and help people," he said.

The reason you may not know all this is because most of the media reports about his appearance at David Jones' spring-summer launch on Wednesday have focused on how he looked "bored" as he modelled the new collections. One observer described him as a "zombie" because of his apparent shyness on the catwalk, looking at the ground and dragging his feet. 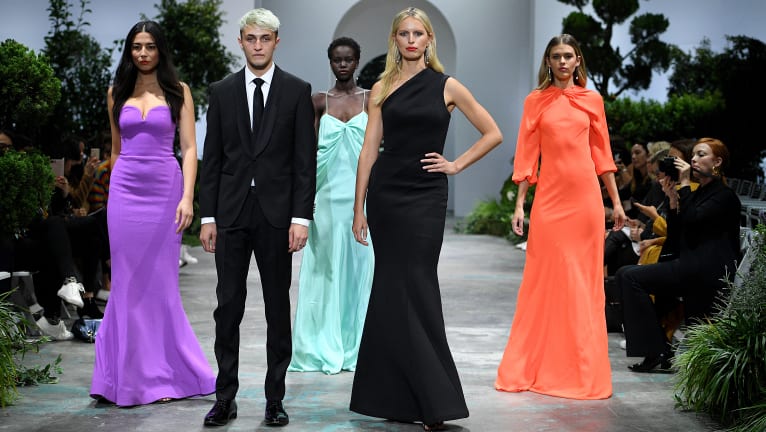 Anwar's performance was the hot topic of discussion at the post-show drinks, leaving some questioning whether he had been worth his fee and travel expenses, which could have been as high as $50,000.

Commentators, including Fairfax contributor Damien Woolnough (vlogging with The Australian's Glynis Traill-Nash), were left asking why the department stores seemed so desperate to lure expensive international guests when Australia has a strong pool of talent.

Examples they gave included Sudanese-born Adut Akech, who while based in New York still fiercely identifies as an Aussie, and Jett Kenny, the son of Ironman Grant Kenny and swimming champion Lisa Curry. Both put on strong performances on Wednesday night.

It wasn't the first time the department stores' international guests have left people scratching their heads. Two years ago, Gemma Ward, who was pregnant at the time, didn't jump off the news pages for David Jones, while Myer's hosting of Paris Jackson at last year's Melbourne Cup left many – both inside and outside the company – searching Flemington's Birdcage for migraine medication.

On the flipside, when it works, it can be triumphant. This week's other David Jones guest, former Victoria's Secret model Karolina Kurkova, was by all accounts a big success, from her effervescent interviews to mingling with the crowd and chomping burgers at the post-party (a model who eats and talks! Incredible!). But in some ways that makes the question, "Was Anwar really needed?", even more pertinent. Sometimes, you gotta quit while you're ahead.

The bottom line is that Australia, where reality shows out-rate almost everything else on television, just isn't as much of a model-obsessed culture compared with, say, Europe, or even the US. Having a big-name model for a department store show, which is meant to be about what consumers can buy this season, is only worthwhile if people actually know who they are.

With both Myer and David Jones struggling financially, perhaps it's time to put this obsession with international guests to bed and focus on what's blossoming at home, both in terms of models and fashion brands. The grass may look greener on the other side of the Pacific but when you get closer, sometimes you find it's sprouting a few weeds.

The writer travelled to Sydney as a guest of David Jones.