SWITCHING to a vegan diet slashes the risk of a dying from a heart attack or stroke by a third, experts claim.

Researchers also found that opting for a plant-based diet can reduce the chances of dying early from any cause by a quarter. 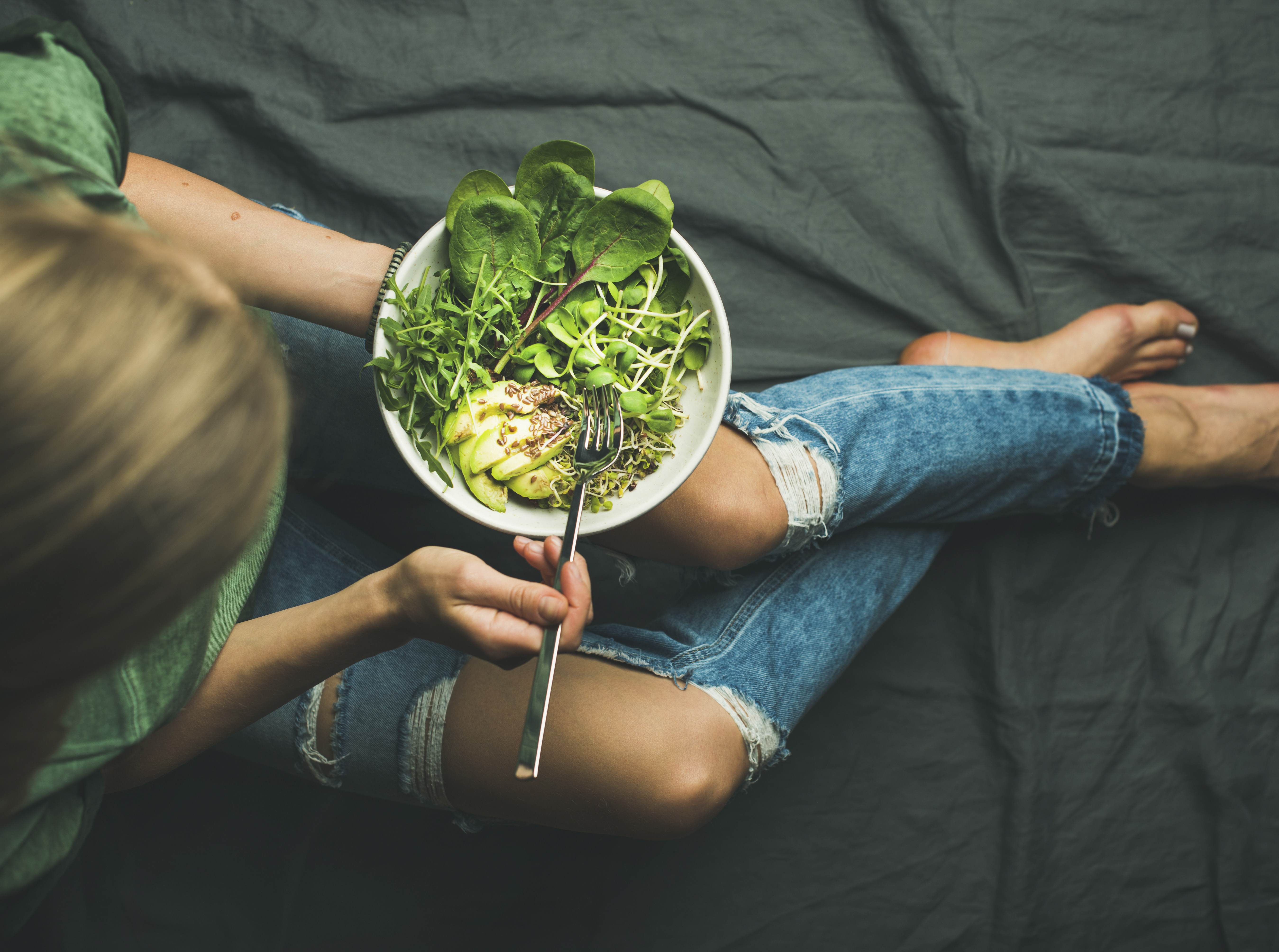 The findings, published in the Journal of the American Heart Association, suggest that simply reducing the amount of meat people eat leads to better heart health.

The research team, lead by Dr Casey Rebholz, reviewed a database of food intake information from more than 10,000 middle-aged US adults.

They were monitored from 1987 through 2016 and did not have heart disease at the start of the study.

Experts then categorised the participants' eating patterns by the proportion of plant-based foods they ate compared to animal-based foods.

They found that people who ate the most plant-based foods overall had a 16 per cent lower risk of suffering a heart attack, stroke, heart failure or other heart-disease related condition.

Dr Rebholz, of Johns Hopkins Bloomberg School of Public Health in the US, said: "Our findings underscore the importance of focusing on your diet.

"There might be some variability in terms of individual foods, but to reduce cardiovascular disease risk people should eat more vegetables, nuts, whole grains, fruits, legumes and fewer animal-based foods."

She added: "These findings are pretty consistent with previous findings about other dietary patterns, including the Dietary Approaches to Stop Hypertension, or DASH diet, which emphasise the same food items."

Dr Rebholz said it was one of the first studies to examine the proportion of plant-based compared to animal-based dietary patterns among the general public.

Previous research has shown heart-health benefits from plant-based diets but only in specific groups of people, such as vegetarians or Seventh Day Adventists who eat a mostly vegan diet.

Dr Rebholz said future research on plant-based diets should examine whether the quality of plant foods – healthy compared to less healthy – has an effect on heart disease and death risks.

With heart disease being the biggest killer in the UK, it's important to know the early warnings to look out.

Professor David Newby, from the British Heart Foundation, says there are 11 symptoms you need to take seriously…

It’s the classic sign of a heart attack, yet many people don’t realise this could be a medical emergency.

Professor Newby says: “If you have chest pain and you feel extremely unwell, you should dial 999 and get an ambulance as soon as possible.

"If it’s a heart attack, it’s usually described as a heaviness, tightness or pressure in the chest; people will often describe it as ‘an elephant sat on my chest’ or ‘it felt like a tight band around my chest,’ that sort of constricting feeling.

“If chest pains occur when you are exerting yourself, but go away when you stop, that would suggest it’s more likely to be angina.

"That would still mean you should go and see a doctor, but you don’t have to call 999.”

Of course, not every bout of nausea could mean a heart attack – but if it's accompanied with pain then warning bells should be going off.

Professor Newby said: “If you experience intense chest pain even when you are just sitting around doing nothing and you are also feeling sick, that is the time to call for an ambulance.”

If you’re getting some discomfort, but not intense pain, as well as feeling sick, call NHS 111 for advice.

It may feel a little like indigestion, but sometimes that ache could be the early signs of a heart attack.

Professor Newby says: “Because the heart, the gullet [the passage between your mouth and stomach] and the stomach are all lying right next to each other, the challenge, for both members of the public and doctors, is that a burning or indigestion-type pain and heart pain can be difficult to disentangle.

"You could call NHS 111 for advice – they have certain algorithms they apply, but they aren’t perfect as there are no hard and fast rules that apply to everyone.”

Working up a sweat when you’ve been to the gym or because it’s a really hot day, is nothing to worry about.

But feeling hot and clammy along with chest pains is a sign that you should call an ambulance.

Professor Newby says: “If you get a gripping, cramping sensation in your calves when you are walking, it might be worth seeing your doctor, as that can be a marker of PAD (peripheral arterial disease).

"It’s most common in smokers and people who have diabetes.”

It's not one you might associate with your heart – but a pain in your arm is another warning sign.

If the pain is going down the arm, especially on the left side, or it goes into the neck, that means it's more likely to be heart-related than indigestion.

Prof Newby says: "If it doesn’t go away, or if you know you have heart disease and have used your GTN (glyceryl trinitrate) spray two or three times to no discernible effect, you should be seeking emergency medical advice.”

For some, the pain can be in other unusual places like the jaw or back.

There is some evidence that women’s symptoms are more likely to vary from ‘classic’ chest pain, and we know that women are less likely to seek medical attention and treatment.

Sometimes the pain can be felt up in the throat and people tend to describe it as a choking sensation.

If it continues and you've not previously been diagnosed with a heart condition you should call 111, he says.

Prof Newby says swollen ankles should never be ignored – especially if they get really big.

He says: "It can be a marker of heart failure, but it is also very common and has lots of other causes.

"It could just as easily be from tablets you are taking – for example, blood pressure medication can lead to swollen ankles.”

Feeling tired all the time can be a symptom of heart failure, as well as of other conditions.

If you’re tired and you’ve been working long hours or staying up late, it’s probably not your heart.

But if you start experiencing extreme tiredness and your lifestyle hasn’t changed, it’s a good idea to chat to your GP.

In most cases, a jumped heartbeat is usually benign, according to Prof Newby.

But if it's going very fast and jumping around erratically then it's probably time to see your GP.

"For example, French fries or cauliflower pizza with cheese are plant based but are low in nutritional value and are loaded with salt.

Victoria Taylor, senior dietitian at the British Heart Foundation, said: “This research is yet more evidence that including more plant-based foods in your diet can help to lower our risk of a heart attack or stroke.

“You don’t have to cut out all animal products to reap the health rewards, but most of us could benefit from eating more foods like fruit and vegetables, wholegrains, beans, lentils, nuts and seeds in our diets, especially if we’re consuming more than 90g a day of red and processed meat.

“This is easy to do by bulking out a meat dish with beans or lentils, having some vegetarian meals each week, or by switching cakes and biscuits for fresh fruit or unsalted nuts.

“But don’t make the mistake of assuming all plant based foods are healthy options.

"Switching to less healthy plant based choices, such as sugary drinks, crisps or biscuits, is unlikely to reduce your risk of heart and circulatory diseases."