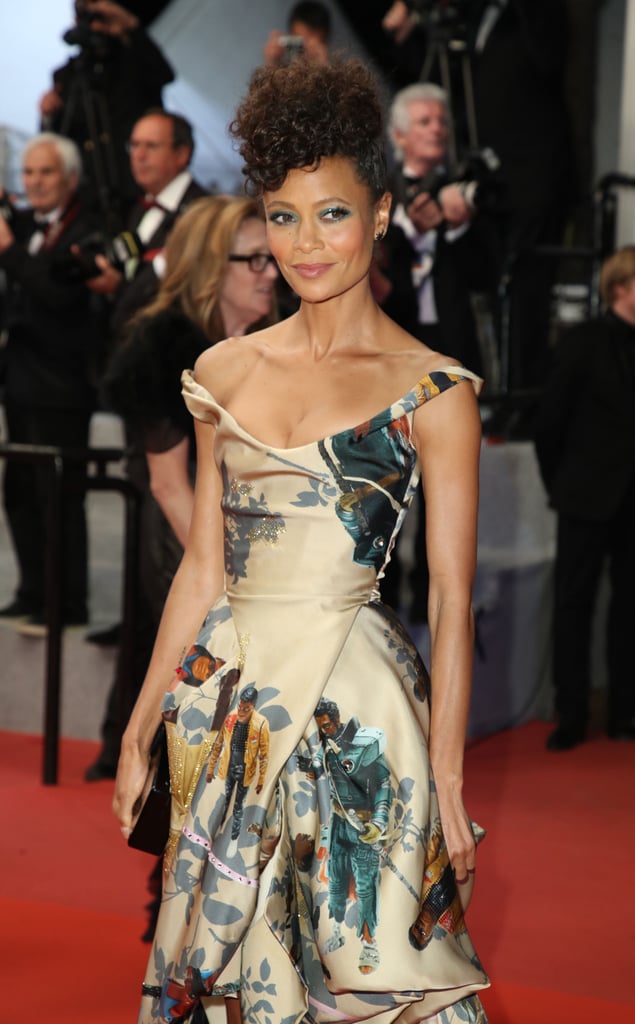 All eyes were on Thandie Newton and her custom Vivienne Westwood gown while she walked the Cannes red carpet at the Solo: A Star Wars Story premiere on May 15. At first glance, the dress appears simply to be an elegant off-the-shoulder gold gown, but look closer and you’ll notice action figure illustrations of the black male Star Wars characters, a significant statement for both the actress and the franchise.

Thandie’s stylist, Erin Walsh, posted a sketch of the breathtaking dress on Instagram and revealed the inspiration behind it. “Thandie had the brilliant idea to make a dress covered in a print with photos of iconic black Star Wars characters!” Erin wrote in the caption. “She wanted to celebrate her role in the iconic history of the franchise!”

Thandie is the first black woman to have a leading role on screen in a Star Wars movie, which is definitely a part worth celebrating! Her gown is a nod to the black characters who came before hers — like Finn, Saw Gerrera, Mace Windu, Captain Panaka, and Lando Calrissian — and symbolizes a hopeful future for further diversity in the franchise with her character Val.