WATER WORLD: Anyone who follows Sébastien Jondeau on Instagram knows about his penchant for extreme sports, particularly on water.

Cue what might be the world’s first electric surfboard with designer branding. The Karl Lagerfeld X Esurf board, designed by Jondeau, carries the Karl Lagerfeld name, its 21 Rue Saint Guillaume logo – the address of its Paris headquarters – as well as Jondeau’s signature and a red border, a feature of the late designer’s hand-colored sketches.

The surfboard is already available for pre-orders on Esurf.com, with a three- to four-week turnaround time. It can be delivered anywhere in the world except Greater China and North America.

The Esurf board does not require any waves and can reach speeds of 64 kilometers per hour, or about 40 miles per hour. It weighs about 10 kilograms and retails for 24,900 euros plus value-added taxes.

Based in Monaco, Esurf was founded last year by Flavien Neyertz and bills its boards at the fastest in the world, thanks to a powerful motor and batteries that can fuel it for up to 45 minutes.

Pier Paolo Righi, president and chief executive officer of Karl Lagerfeld, said the electric surfboard fits in with the late founder’s penchant for surprising collaborations. Over his extraordinary career, Lagerfeld designed everything from crystal tableware and pens to crayon sets and VIP helicopters. 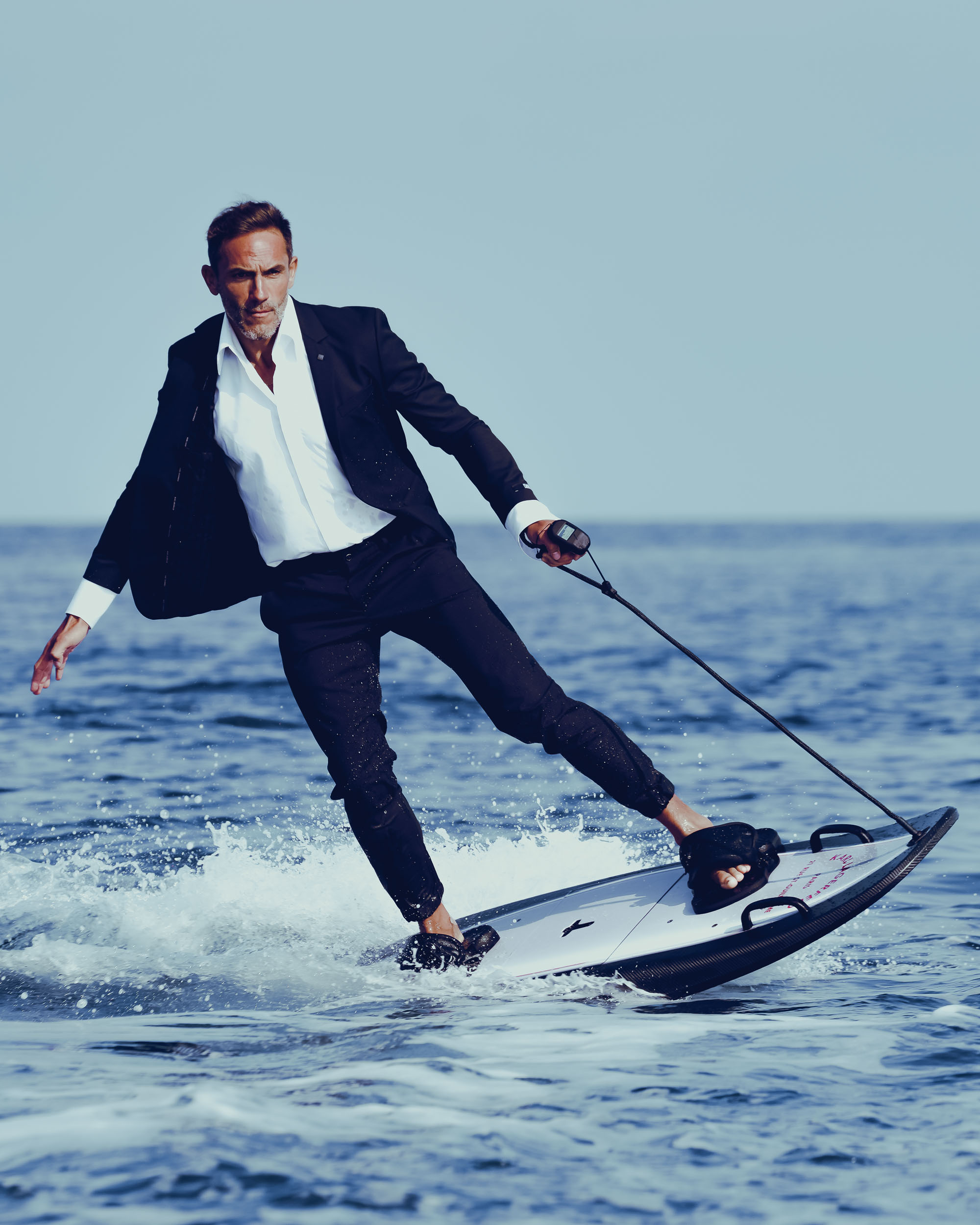 Now a Karl Lagerfeld brand ambassador and consultant, Jondeau suited up in black tailoring and a white shirt for the promotional images, looking very James Bond as he sails over the water. He worked worked for Lagerfeld for 20 years as his bodyguard, personal assistant, and private secretary.

Karl Lagerfeld Was a ‘Warrior’ in Face of Illness