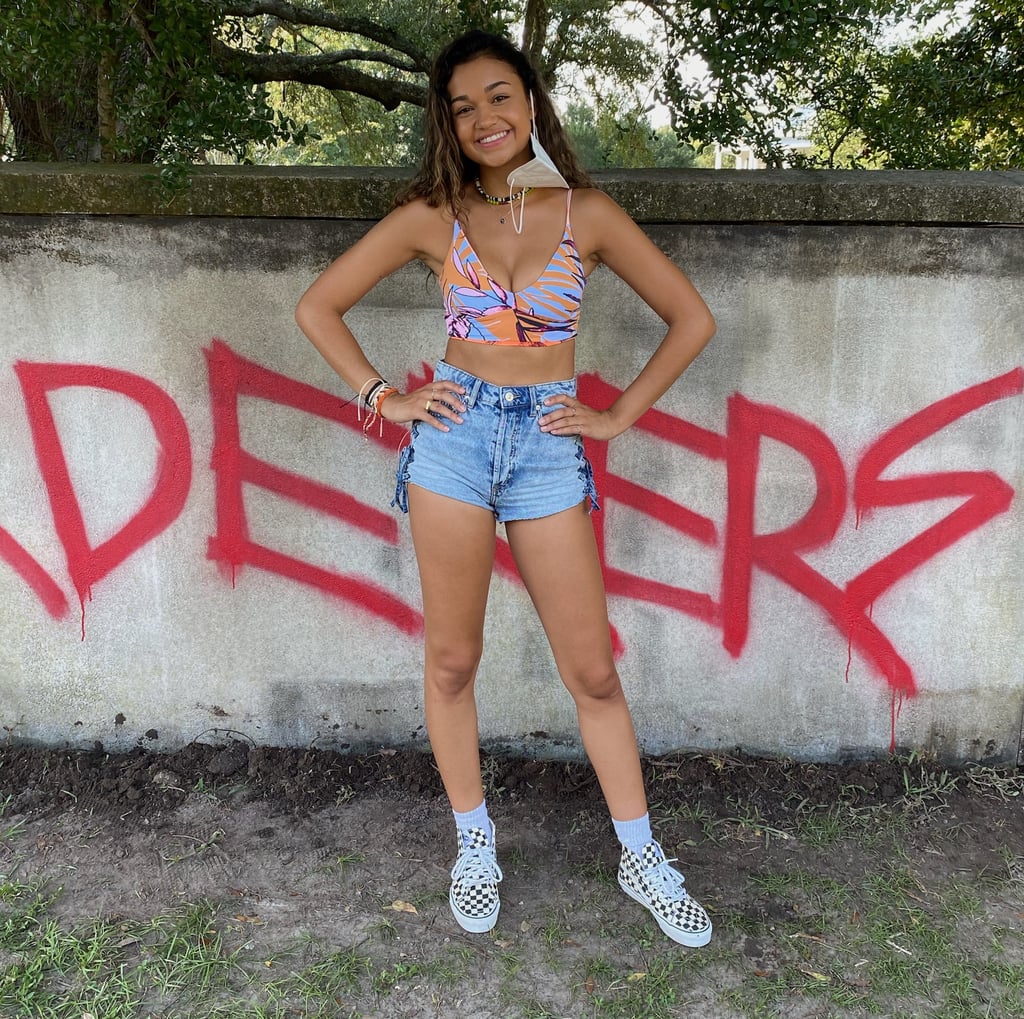 Costume designer Emmie Holmes could not be more passionate about her job styling the Pogues and Kooks for Netflix’s Outer Banks. After sharing some BTS fitting photos from her season one camera roll, we were eager to hear how she approached dressing the core characters for season two, including Sarah Cameron (Madelyn Cline), John B (Chase Stokes), Kiara (Madison Bailey), JJ (Rudy Pankow), and Pope (Jonathan Daviss).

“The only thing that really changed was more trust and freedom from our producers to go nuts! In the first season of a show, there is always a hint of trepidation. You want to push limits and be different, but there’s a gray area of what is ‘too far.’ The fans loved our bold choices last season, so this season, we just went with what felt right without any hesitation,” Emmie told POPSUGAR, noting that sourcing clothing during the pandemic was challenging and that she relied heavily on the internet instead of visiting supply chain stores. With an action-packed show like OBX, the crew needs five to ten of the same piece of clothing for stunt doubles and multiple takes. Emmie sites brands like Katin, Duvin, and Seager as being trustworthy sources for beachwear she could order in bulk.

But finding clothes is only half the battle of curating full wardrobes for characters who have such distinct senses of style. “We know these characters more than we know ourselves at this point, so clothes are the easy part. My Buyer, Assistant Costume Designer, and I have scoured Charleston and the internet for all things OBX based on mood boards that I build for each character. Speaking of the characters, I’ve gotten pretty good at knowing what each cast member will love, too. Normally, I would wait until after a costume fitting to dye, age, and shred any of the clothes. But here, we’re all on the same page creatively, so I can take my best guess at what the cast and Creator Jonas Pate will love and take my chances by destroying clothing before it’s approved. Living on the wild side here in the OBX Costume Department!”

If you’re intrigued by Emmie’s intuition already, something tells us you’ll be even more excited to get a character breakdown of looks included in season two, all of which are complete collaborations between the actor, director, producer, and Emmie’s extremely talented ager/dyer, who turns brand new clothing into what she refers to as “grimy works of art.”