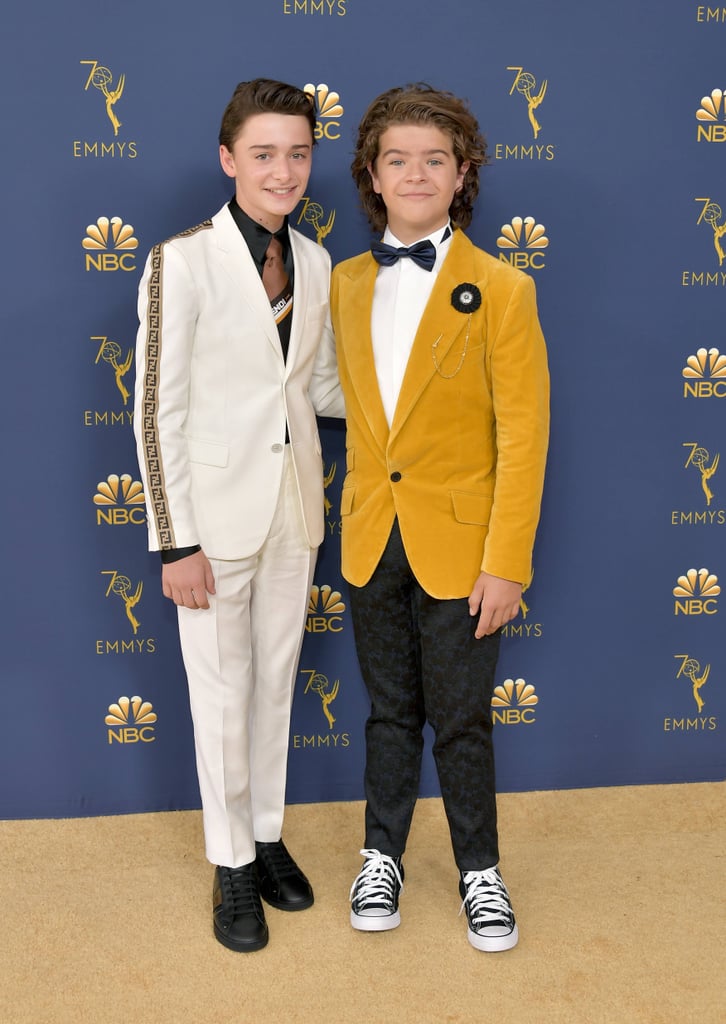 Millie Bobby Brown’s solidified herself as a red carpet star, but her Stranger Things castmates are giving her a run for her money at the Emmy Awards. Tweenagers they may be, but Noah Schnapp, Gaten Matarazzo, and Finn Wolfhard came to play. Between the three of them, they’ve managed to cover some of the industry’s biggest fashion houses, repping Fendi, Gucci, and Louis Vuitton, respectively. Suffice it to say, each put their own personal spin on the traditional suit, carried off the high-fashion looks with ease, and just may inspire a whole new award for the red carpet’s most dapper. Read on to see each of their winning ensembles.