The Year of Buyer’s Remorse

Jenn Takahashi remembers March 27 as the date she panic-bought a Nintendo Switch Lite. She realized her colleagues were playing an online game called Animal Crossing in which your character, usually an anthropomorphic animal, moves to a deserted island, helps develop it, and then hangs out there with other creatures.

“I saw this screenshot they posted with their animals all wearing these matching grape hats,” she said. “I felt really sad I wasn’t included.”

She promptly ordered the video-game console for $200, not including tax, and then downloaded the game, which cost an additional $60.

What Ms. Takahashi, 32, didn’t realize is that in order to hang out with her friends’ avatars on the island, she had to complete a seemingly endless list of onscreen chores. “I had to chop wood and collect branches, and there was this raccoon bossing me around,” she said. “I kept thinking, ‘Why am I doing chores on this game when I am not doing them in my real house?’”

“I only played it for 15 minutes before I quit,” she said with a laugh. “I felt so embarrassed I bought it in the first place.”

While millions of Americans have lost their jobs during the pandemic, consumer spending on goods went up 7.2 percent from January to September, according to the Bureau of Economic Analysis. And some of that spending includes items people now regret. Some were meeting basic needs, from canned corn to houses. Others took advantage of big sales to buy clothes they won’t wear this year. And still others bought goods from gadgets to boats they thought would keep them entertained, but are now sitting unused.

Back in April Niko Alaezi, 24, made a purchase that is still irritating her today.

Ms. Alaezi, who lives in Atlanta, was at her local Walmart picking up house supplies when her mind turned to toilet paper. She already had four rolls, and because she lives alone and was working overtime shifts as an I.C.U. nurse, that was more than enough.

But the impulse to stockpile proved unavoidable “I saw a Walmart employee wheel out a whole stack of toilet paper from the back and head toward the toilet paper section,” she said. “I followed him there and took a 20 pack right from the shelf!”

When she got home to her one-bedroom apartment Ms. Alaezi realized she had nowhere to store her purchase. Then she realized something else, “It felt a little rough,” she said. “I checked the packaging, and it was single ply!”

She tried to pawn some rolls off to family and friends, but no one wanted them.

“The biggest life lesson I learned during this experience is that toilet paper will come back in stock,” said Ms. Alaezi.

At the end of September Dylan Jones, a physician assistant in an emergency room and his wife, who were relocating from California, bought a 1,100-square-foot home in Essex, Conn., despite a heated seller’s market there and some qualms about the commitment.

But the problems, most of which he knew about before closing, have irked him more than he imagined. The house needs a new septic tank and furnace and framing work. “The peak of my buyer’s remorse was when the structural engineer came in and told us we would have to redo the basement to make sure it is structurally sound,” he said. (They got a less intimidating second opinion.) 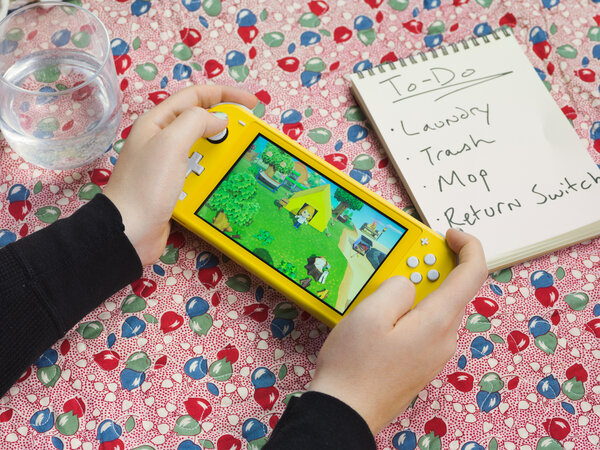 Mr. Jones is working on acceptance. “Hindsight is 20/20, right?” he said, in that exceptionally apt phrasing. “We made the best decision we could at the time.”

Paula Gillespie, 51, a retired respiratory therapist in Arlington, Tenn., couldn’t believe it when her husband came home with a slide-in camper for his truck in the spring. “We always dreamed of getting a camper or small R.V. to travel with,” she said. “One day he just drove up with it.”

While she appreciated the gesture, she soon realized she wasn’t comfortable with it. “The thing is too big for his truck and dangerous, and I absolutely refuse to go anywhere with it due to the dangers of it,” she said. It cost $10,000 and they still haven’t used it.

This wasn’t the first time she had a large toy on her hands that would just sit there. Last year her husband, a 69-year-old disabled veteran, came home with a used fishing boat from 1985. It cost $2000, and he swore he would use it in the spring and summer.

“We don’t have a lake or place for him to use the boat anywhere near us,” she said. “It has sat in our yard since he purchased it.” (They will try and sell when the economy improves.)

Maureen Rashidifard, 38, a health physicist in Exeter, N.H., is an unapologetic impulse buyer. “I have been making these impulse buys as long as I have had the money to do so,” she said. “I honestly don’t believe I will ever learn my lesson on this.”

During the pandemic she bought a fold-up board that has bungee cords attached for resistance training; a sewing machine; a TV with a built in DVD player, and roller skates. “I fell so hard that my hat flew off my head, and I had to walk home in my socks carrying my skate, and I haven’t touched them since,” she said.

Then there was Muzzy, a program developed by the BBC to teach children a new language, which she bought for her 4-year-old daughter and 7-year-old son in March. “In my head I was like, ‘Wow, this is going to be the past passive language learning experience for my kids. They will be bilingual in no time.’”

Ms. Rashidifard’s own parents had seen Muzzy as a waste of money. Now that she was in charge she bought the “every language version,” justifying the cost by the fact that pricey extracurricular activities were canceled.

Nine months later no one in her household is speaking a new language. “Maybe my daughter will surprise me one day and converse with someone in Mandarin, but I highly doubt it,” she said.

Up in Toronto, Lebani Osmani, 26, a freelance stylist, was browsing Nordstrom Rack in April when he came across a beige Dries Van Noten suit.

“I had no occasion to shop for, I was just bored at home, so I thought let me do retail therapy,” he said.

He had always loved that label, and the price was unbeatable: 450 Canadian dollars, about $350. So he bought it without trying it on.

When Mr. Osmani got home and put the suit on, it fit him perfectly. But he was overcome with guilt. “I was having a little bit of buyer’s remorse, thinking where am I going to wear this suit? Everything is closed; we are all in lockdown,” he said.

Mr. Osmani tried on the suit a few more times at home before returning it a week in a half later. But that action triggered a new feeling: remorse for his buyer’s remorse.

“I regret taking it back,” he said. “I’m actually going to go look now to see if they still have it.”