Theresa May wears ‘EU flag’ blue for Brexit talks – is this sign PM wants to REMAIN?

Theresa May met with EU leaders at a summit yesterday, as she continued to seek a delay to Brexit. The deadline, initially scheduled for March 29, was extended to this Friday, April 12. Now the Prime Minister is seeking a further extension of the deadline, in order to win support for her Brexit deal in the Commons. After speaking for an hour at yesterday’s summit, the Conservative leader left the room to allow EU leaders to consider her request. For the meeting, Mrs May wore a vibrant blue suit, as well as a yellow pin.

The two tones of the style choices bore a striking resemblance to the European Union flag.

Similarly, Angela Merkel, who was also in attendance, wore a suit which was of a very similar shade of blue.

The Chancellor of Germany had also pinned a yellow pin to her jacket.

Fashion designer and stylist, Melita Latham, spoke exclusively to Express.co.uk about what the two political figures’ outfit choices could mean.

And, it seems that the pair may have been sending a very clear message about their stances on Brexit.

Melita, who is the owner of luxury travel brand Melita Latham London, suggested: “Both Theresa May and Chancellor Angela Merkel clearly made fashion choices to show unity within the chaos that is Brexit.” 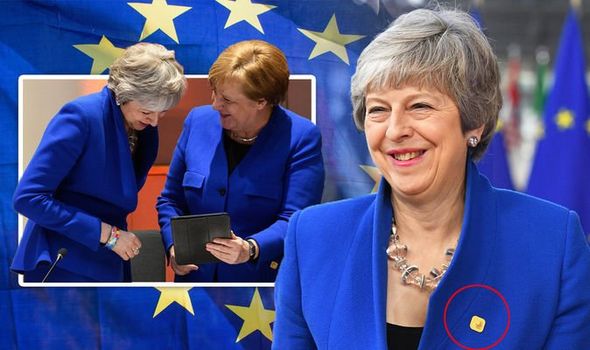 What’s more, the fashion expert considered whether this was an attempt to portray confidence, and encourage a feeling of trust in the UK Prime Minister.

“The colour blue is often seen as a confident colour and a trusting colour too,” she explained.

“Is this a last minute attempt to put our confidence and trust in Theresa May with her choice of fashion?”

According to Melita, there’s no question as to whether this blue and yellow combination was by chance or not, as the stylist is convinced it was a nod at the flag of the European Union.

“This outfit definitely resembles the EU flag even down to the yellow pin replicating the European Union stars on the flag,” she pointed out. 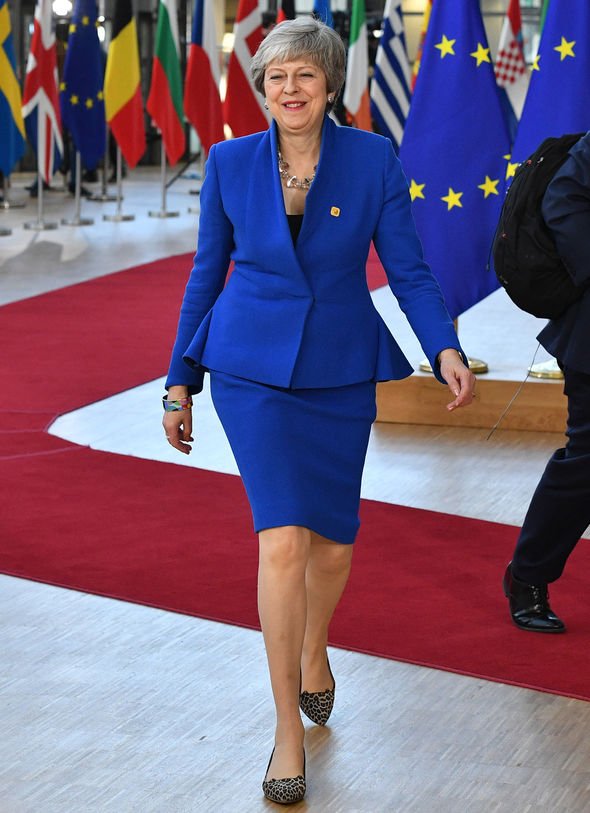 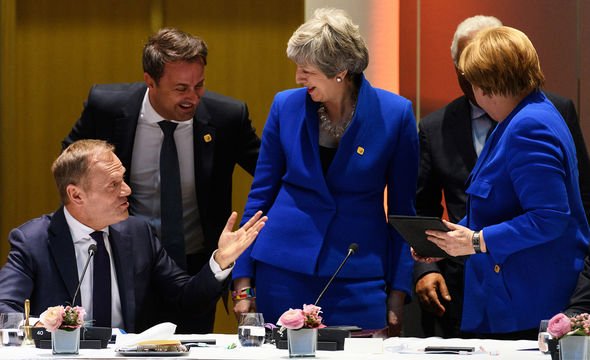 “Is this a sign to tell us that they really need to knuckle down and work at pace to get the deal done?

“Perhaps now Theresa May means business and her choice of attire could possibly be telling us just that.”

Since taking on the role of Prime Minister right up to the current uncertainty of Brexit, Theresa May’s body language has evolved.

Amongst her detailed insight, she said of a recent speech: “The body language of destiny, energy and the ability to change appears to have evaporated over the past two years and May looks like a woman trading on resilience and grim determination.”