That was the reality for Karen Buono who was a “virgin” until she was 32 because she suffered with an agonising condition made doing the deed impossible. 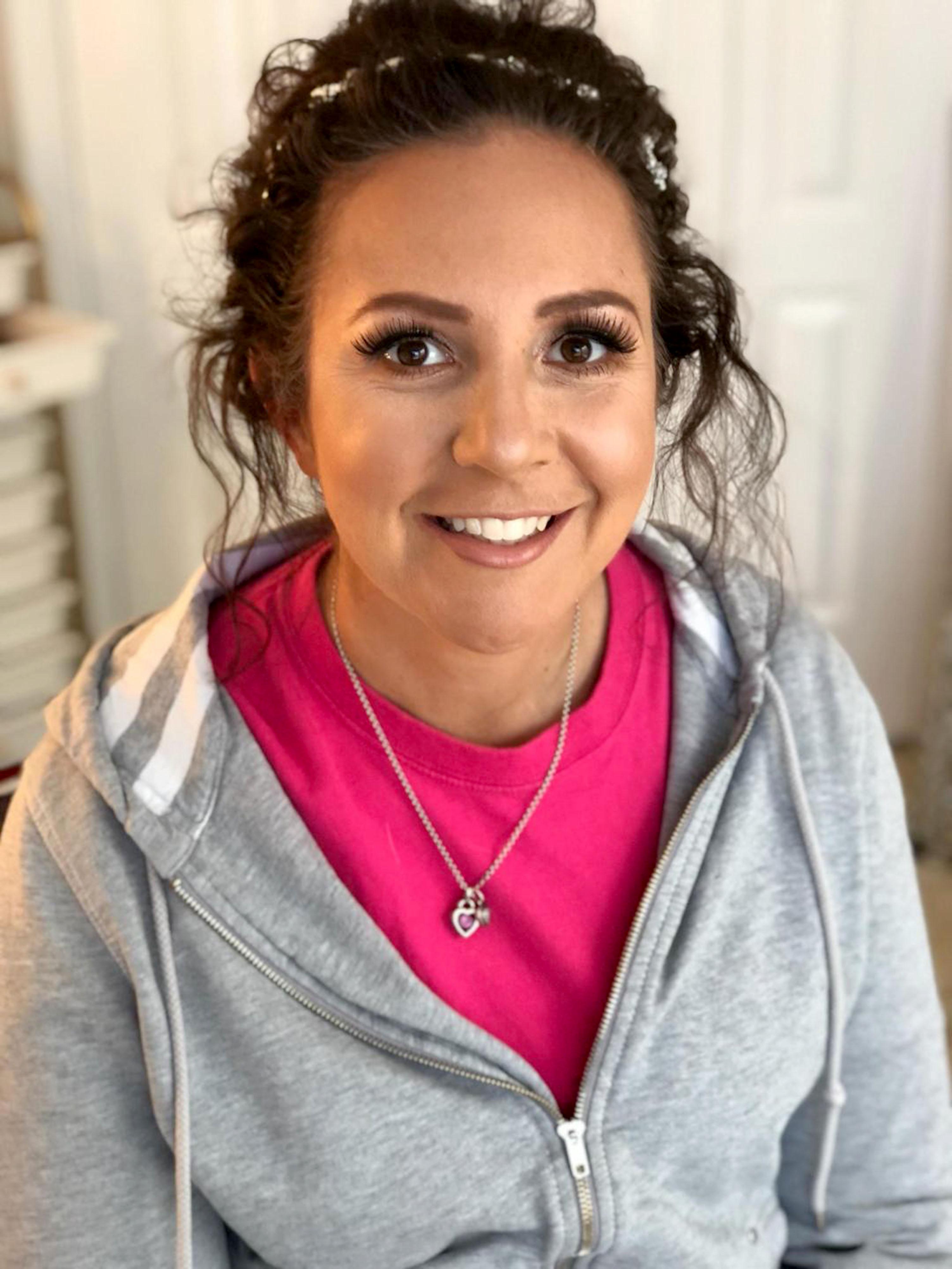 The now 35-year-old spent most of her life suffering from a painful condition called vaginismus, which causes the muscles of the vaginal wall to involuntarily constrict upon penetration.

Not only was Karen unable to have sex, she also couldn’t use tampons or go for a smear test without unbearable pain.

The school teacher from Wesley Chapel in Florida, USA, was baffled after she tried to have sex with several boyfriends who all told her the same thing – that it was ‘like hitting a brick wall’ when they attempted intercourse.

And after several failed attempts Karen said she gave up trying to have sex. 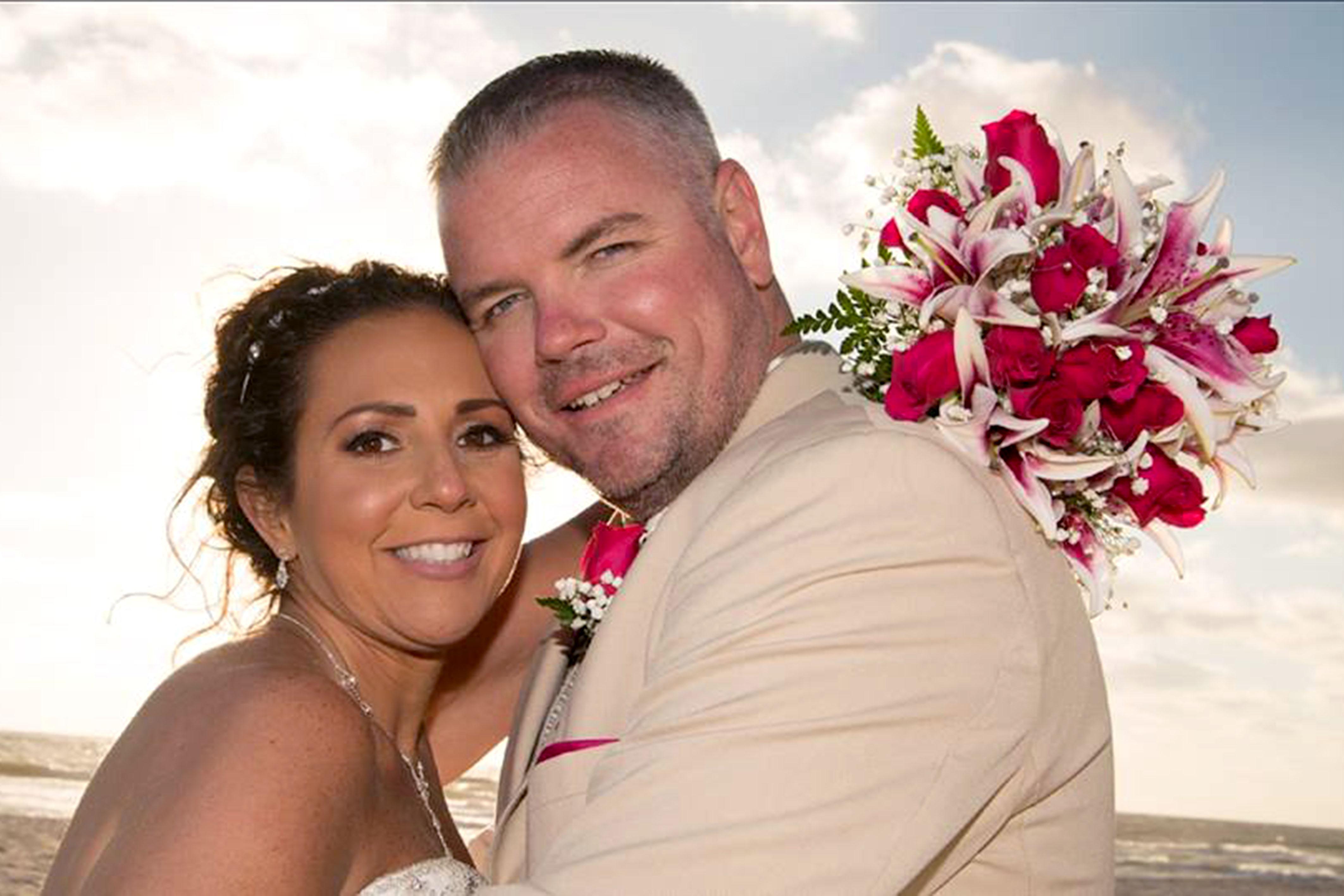 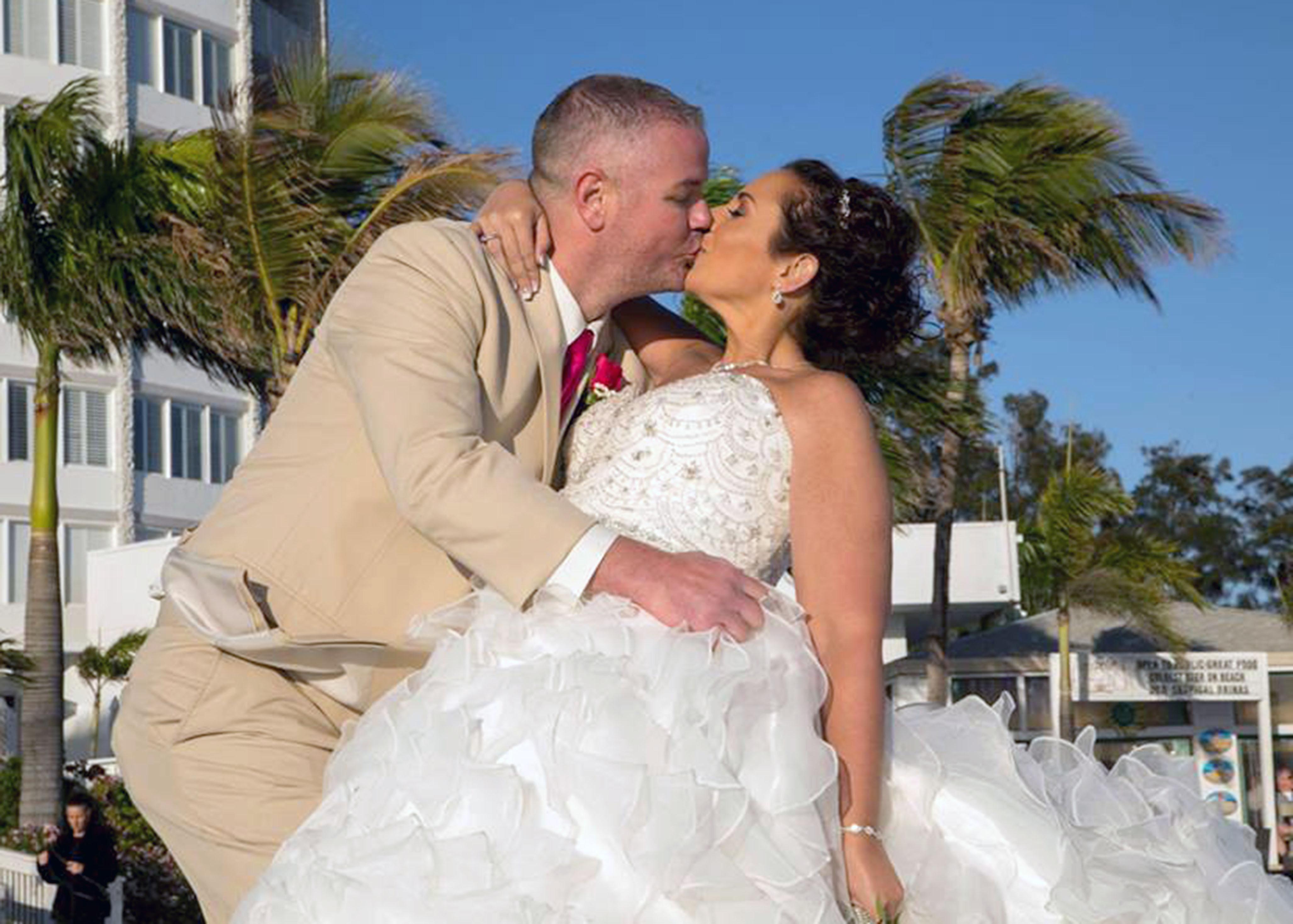 It wasn’t until she was 31 that she was officially diagnosed with vaginismus – after years of thinking it was all in her head.

And after discovering a doctor who specialised in treating the condition, Karen was completely cured after just four months of intense physical therapy and was finally able to have sex with her “very patient” husband Joe Johnson, when she was 32.

The teacher said: “I knew something was wrong with me after I tried to have sex with my boyfriend for the first time when I was 16.

“I had never even tried to used tampons before that, so this was the first attempt at penetration. 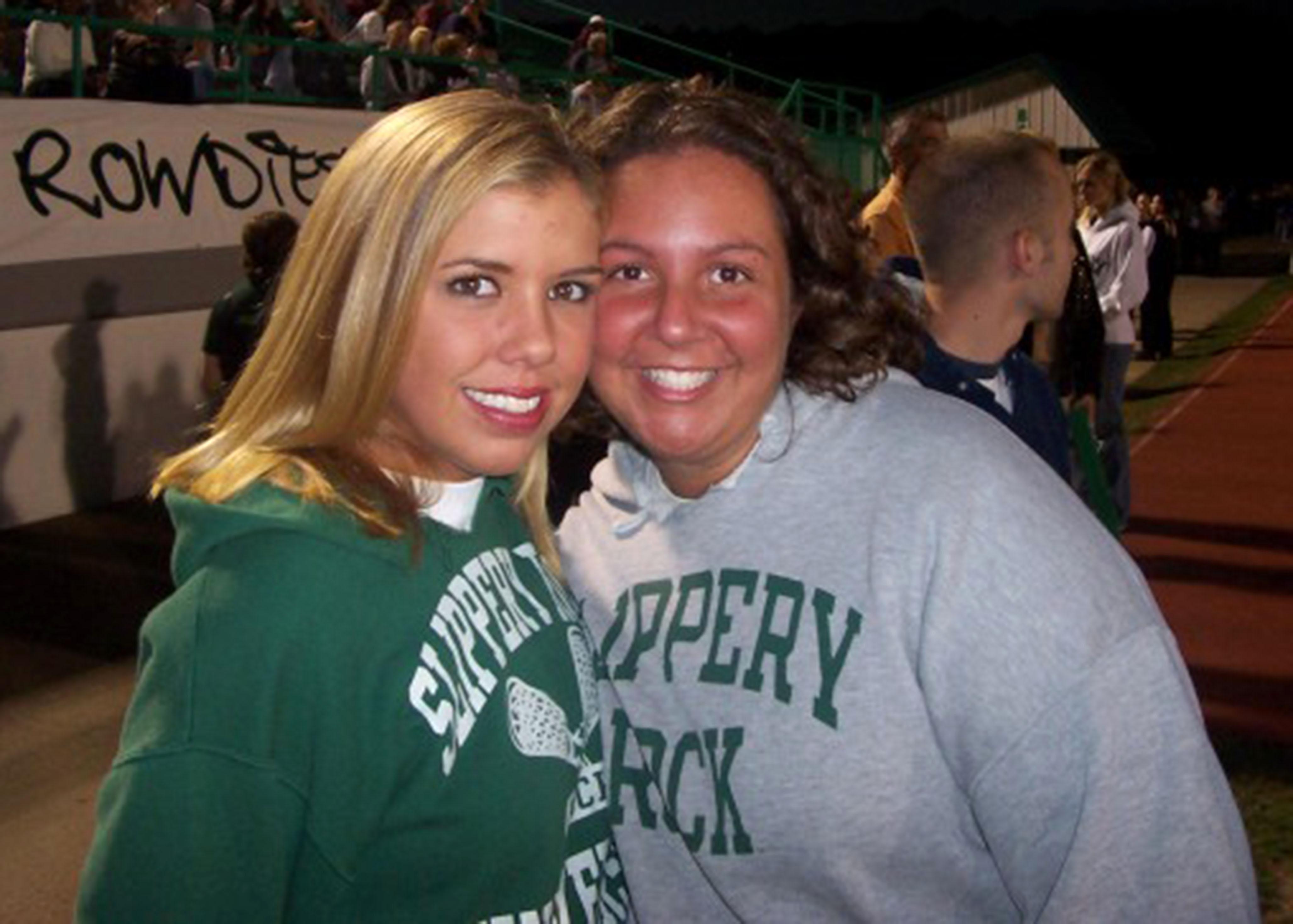 “But no matter what we did, he just couldn’t get it in. It was so awkward.

“I thought it might have just been because it was our first time. So we waited a bit and tried again.

“But we couldn’t do it. He said it was like hitting a brick wall and there was just no way he could get it in.

“So we just gave up. But then the same thing happened with other boyfriends when I was in my twenties.” 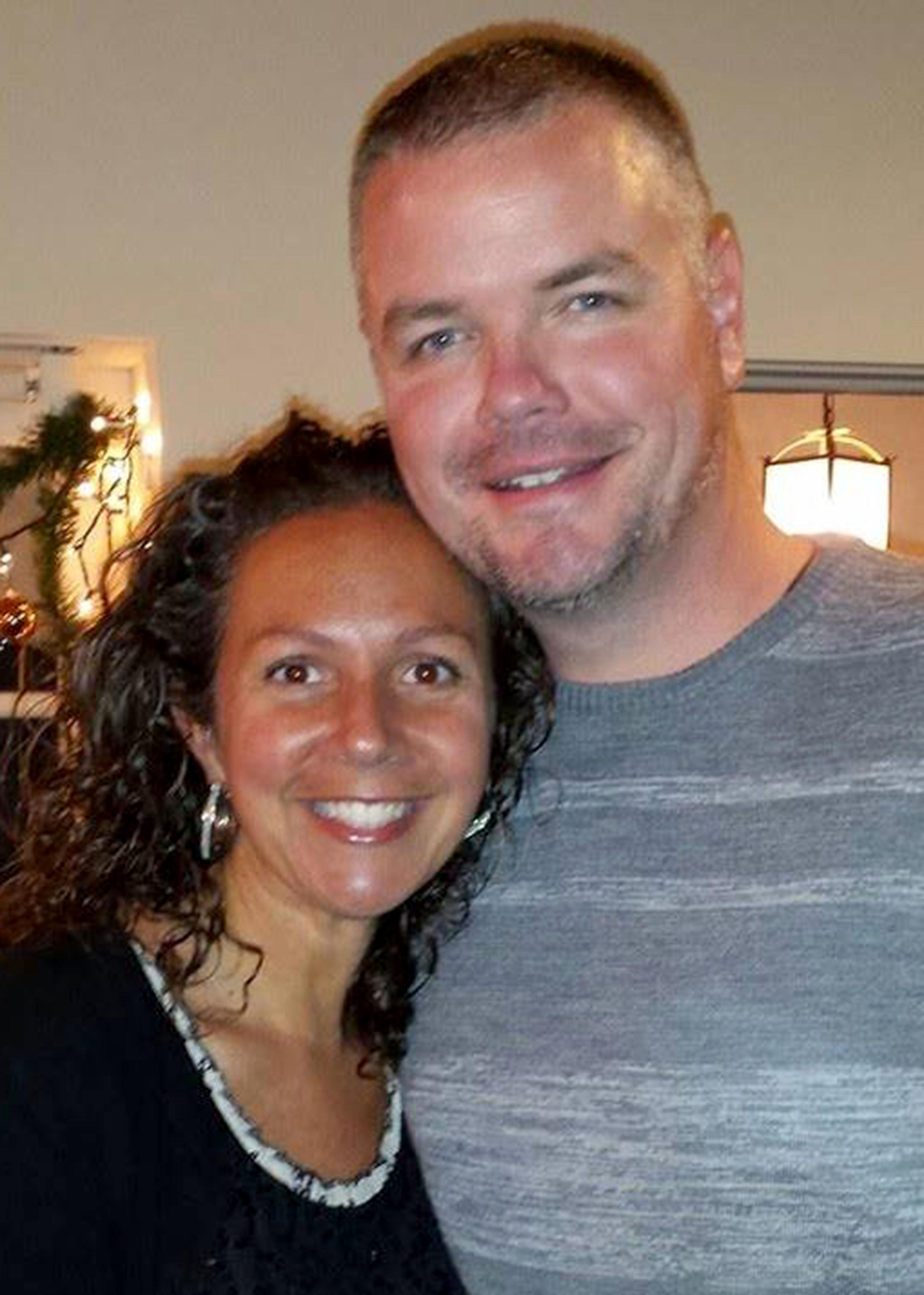 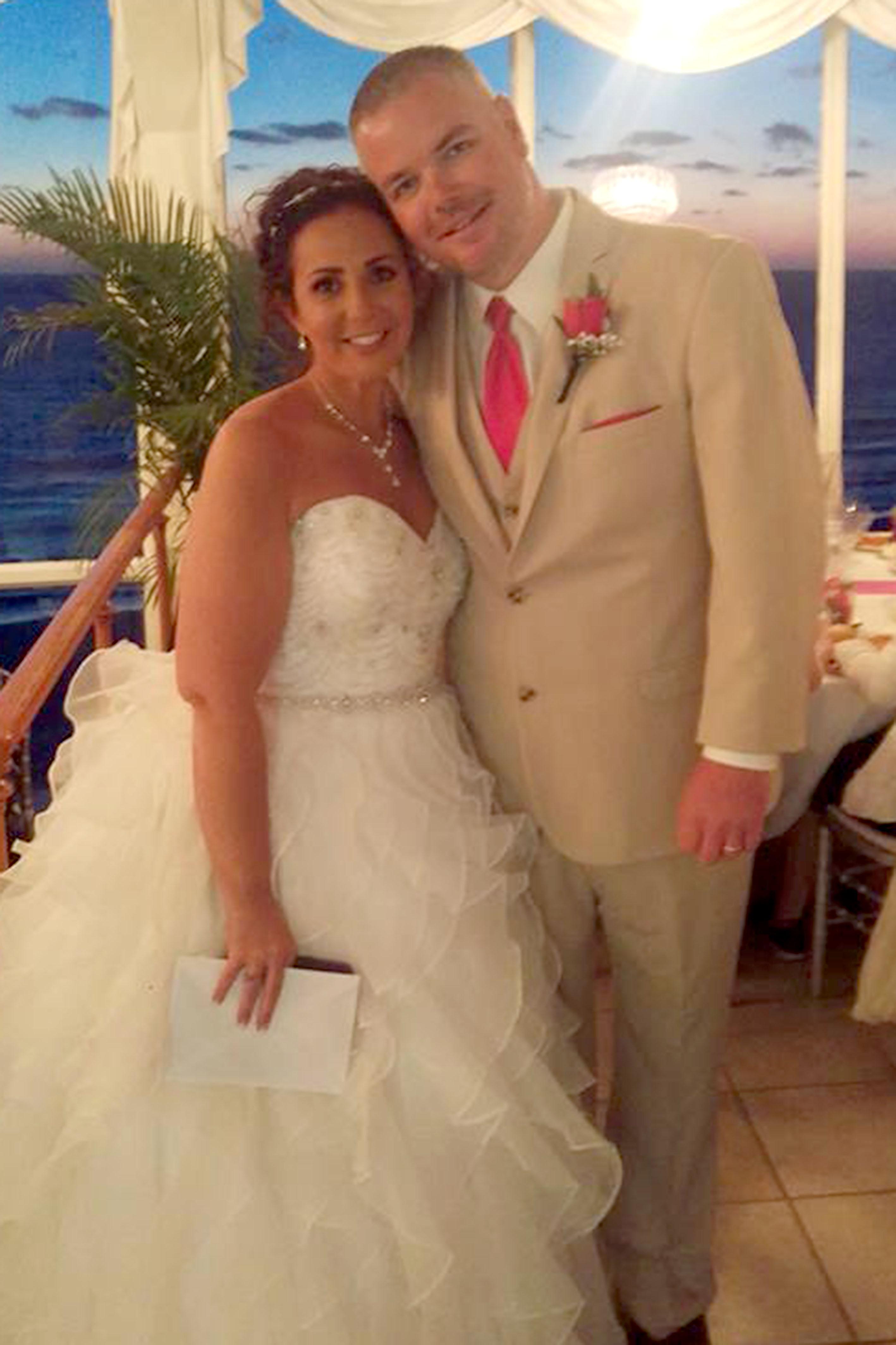 Karen turned to alcohol to try and relax her muscles – admitting she used to get really drunk before attempting to have sex.

“I desperately wanted to have sex. I was dying for it, but I couldn’t,” she recalled.

“So I just told every partner I had that I wanted to wait for marriage, but that wasn’t true at all.

“But they said everything was fine. I was dumbfounded.

“So I just thought it must be all my fault. That it was all inside my head.” 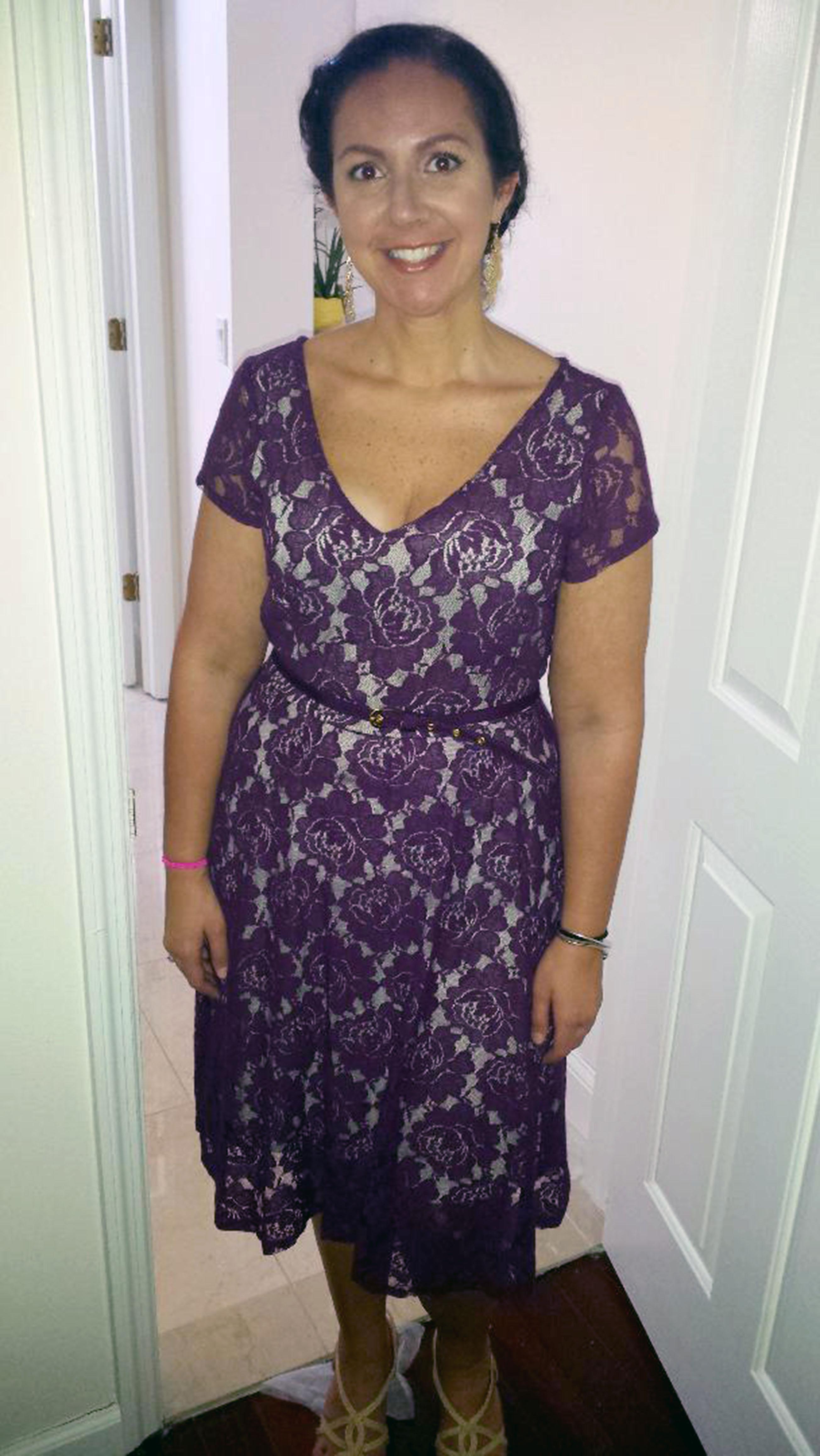 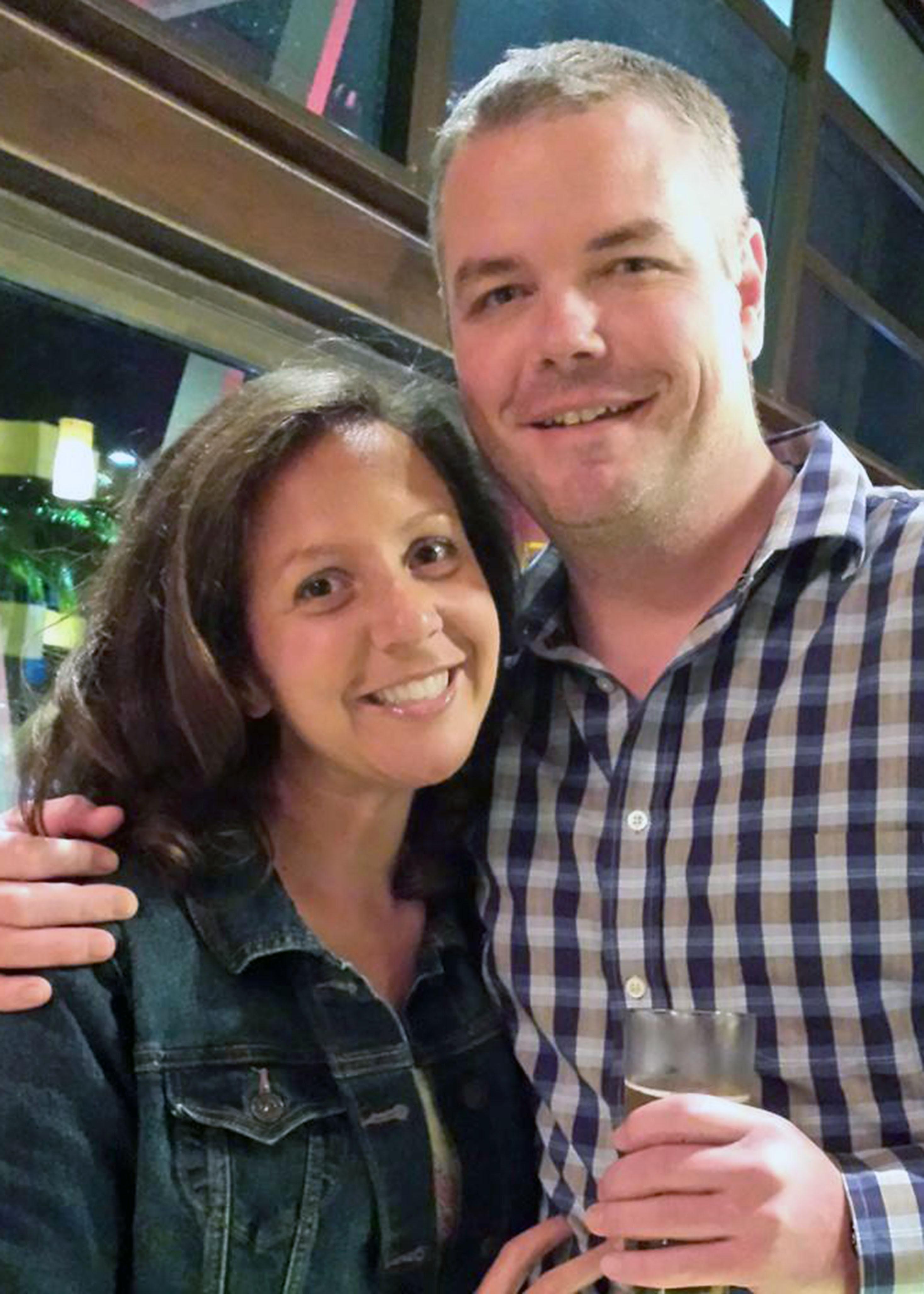 One doctor told Karen about vaginismus but she claims she was told there was no cure.

Desperate, she looked for more information online and bought a set of dilators to slowly help her muscles relax upon penetration.

But without any direction or proper knowledge on how to use the dilators, Karen struggled to use them properly.

It wasn’t until she saw a pelvic floor expert Dr Lynn Deang when she was 31 that she was finally diagnosed.

“After just four months of therapy with her, I was cured. I could finally have sex for the first at 32 years old,” she said. 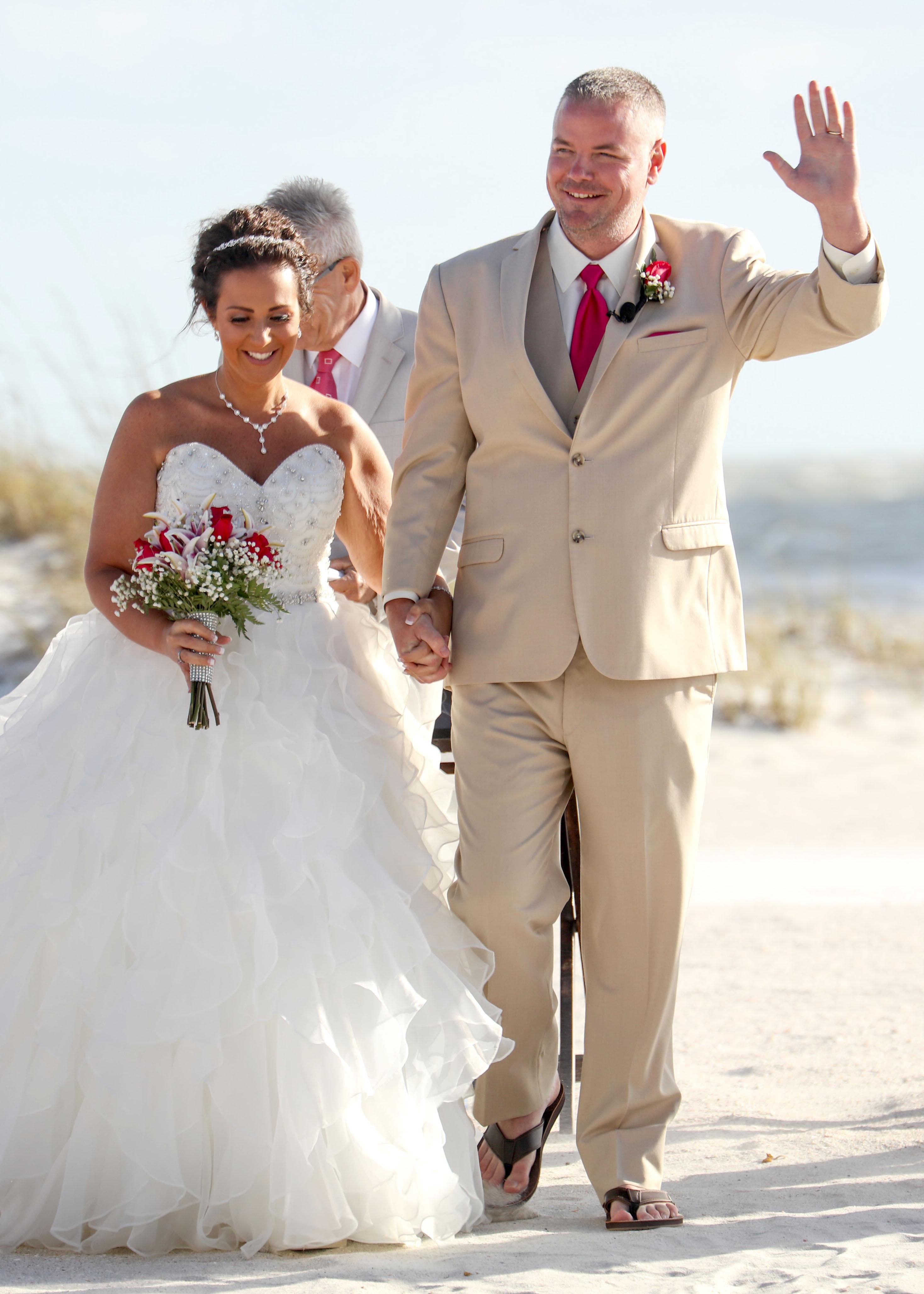 “It was one of the best days of my life. I was so happy to finally lose my virginity and have sex with the man I love.

“I honestly didn’t think the doctor would be able to help me, but I had nothing to lose so I thought I’d give it a go.

“She promised me I’d be able have sex in four months. I was thrilled. I’d waited my whole life, so four months was nothing.

“For the first two months, I saw her twice a week. She didn’t even get near my vagina at first, it was all just breathing techniques and relaxation exercises.

“Then she would try to insert a cotton bud. It was hard at first, but then it finally went in.

“She would just let that sit in there for about 20 minutes.” 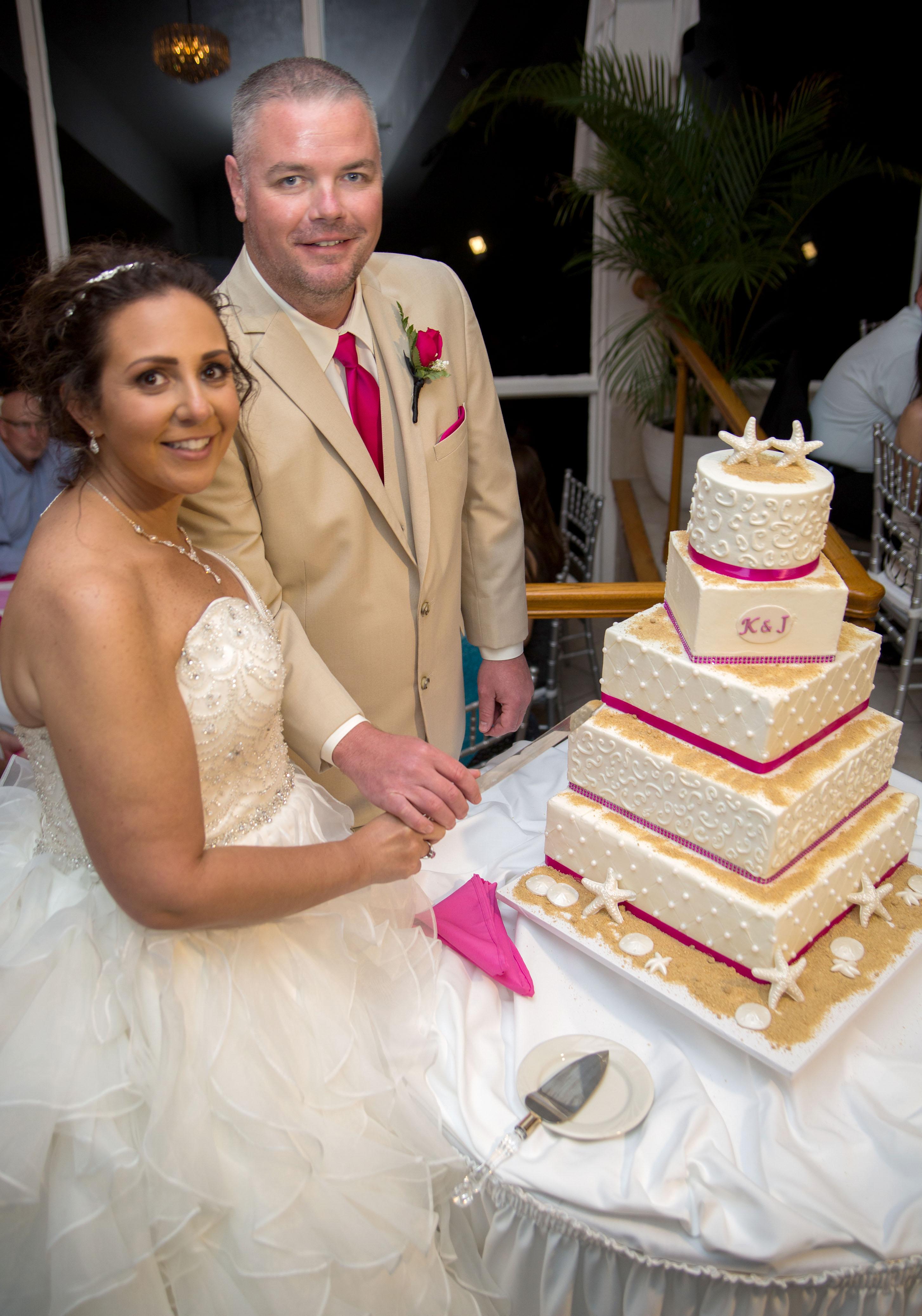 Over time they began work with dilators and Karen used them every night at home on her own.

“And then one night my husband and I were making out on the couch. I looked at him and said ‘do you want to try?’,” she recalled.

“It worked. I finally had sex. I couldn’t believe it. I rang my doctor straight afterwards to tell her what had happened.

“I felt so proud. I felt like I’d just won a race of something that I’d been training for.

“Over time, we did it more and more. It took about a year for us to really get into the groove of things.

“After about a year, sex became really amazing and pleasurable the way it is supposed to be.”

Joe proposed to Karen a year ago, and the newlyweds tied the knot in April this year.

And after an “incredible” honeymoon in the Caribbean, the loved-up duo are now trying for a baby “as often as they can”.

Karen said: “I invited my doctor to the wedding because none of it would have been possible without her.

“There are women out there suffering from vaginismus in silence,” Karen said.

“You can never give up. There is hope. It’s not all in your head. The condition is real, and it can be cured.

“I’m happier than I’ve ever been in my entire life.”