The Duke and Duchess of Sussex, who are expecting their first baby in the spring, can't keep their hands off each other – and we're not sure the Queen would approve. 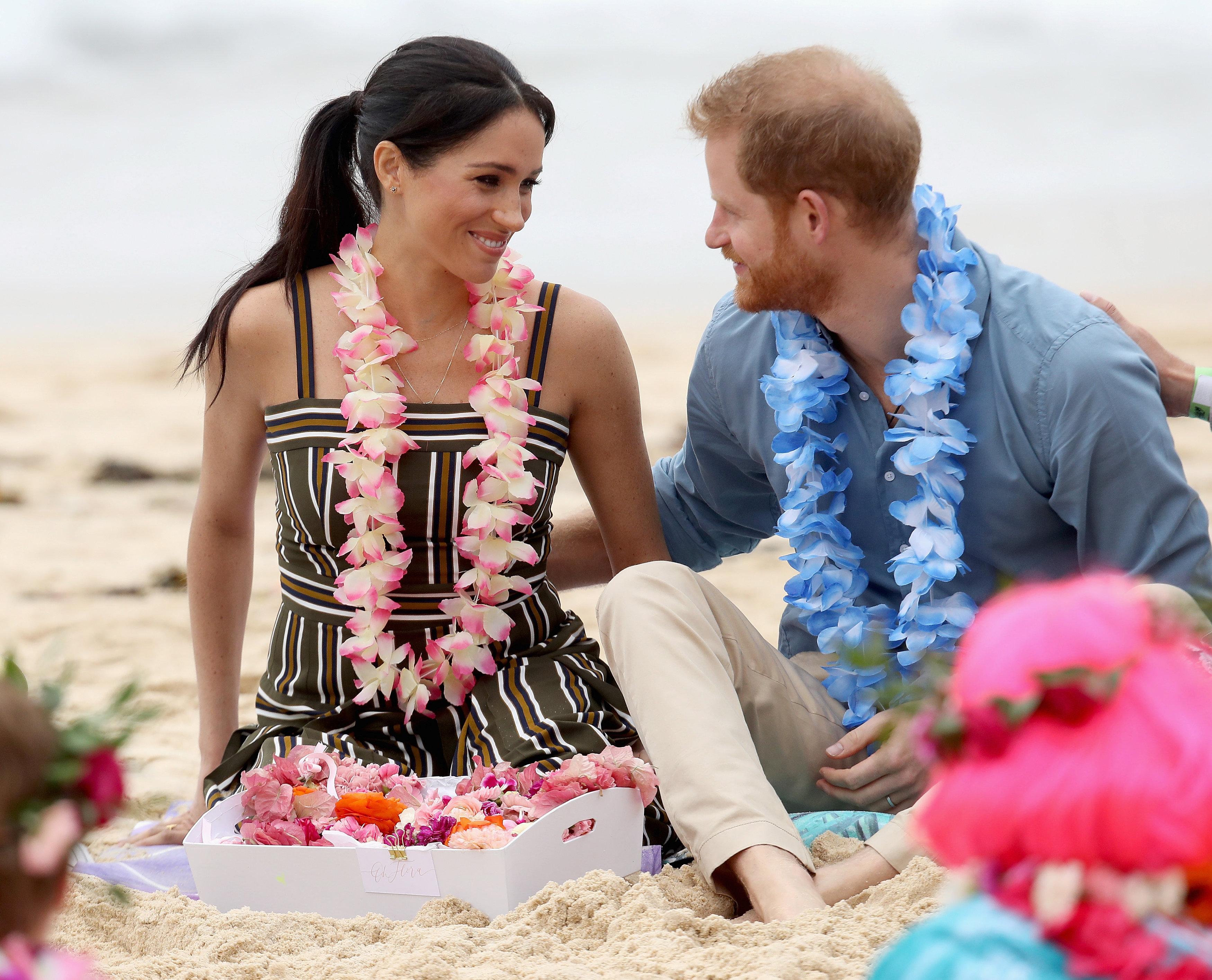 Public displays of affection are frowned upon in the Royal Family, which is why Kate Middleton and Prince William, both 36, are rarely seen holding hands.

The newlyweds' reluctance to follow this particular royal rule is understandable.

Meghan, 37, is thought to be three or four months pregnant, with Kensington Palace officially announcing their baby news on Monday.

The couple have regularly been pictured holding hands ever since their first public appearance at the Invictus Games. 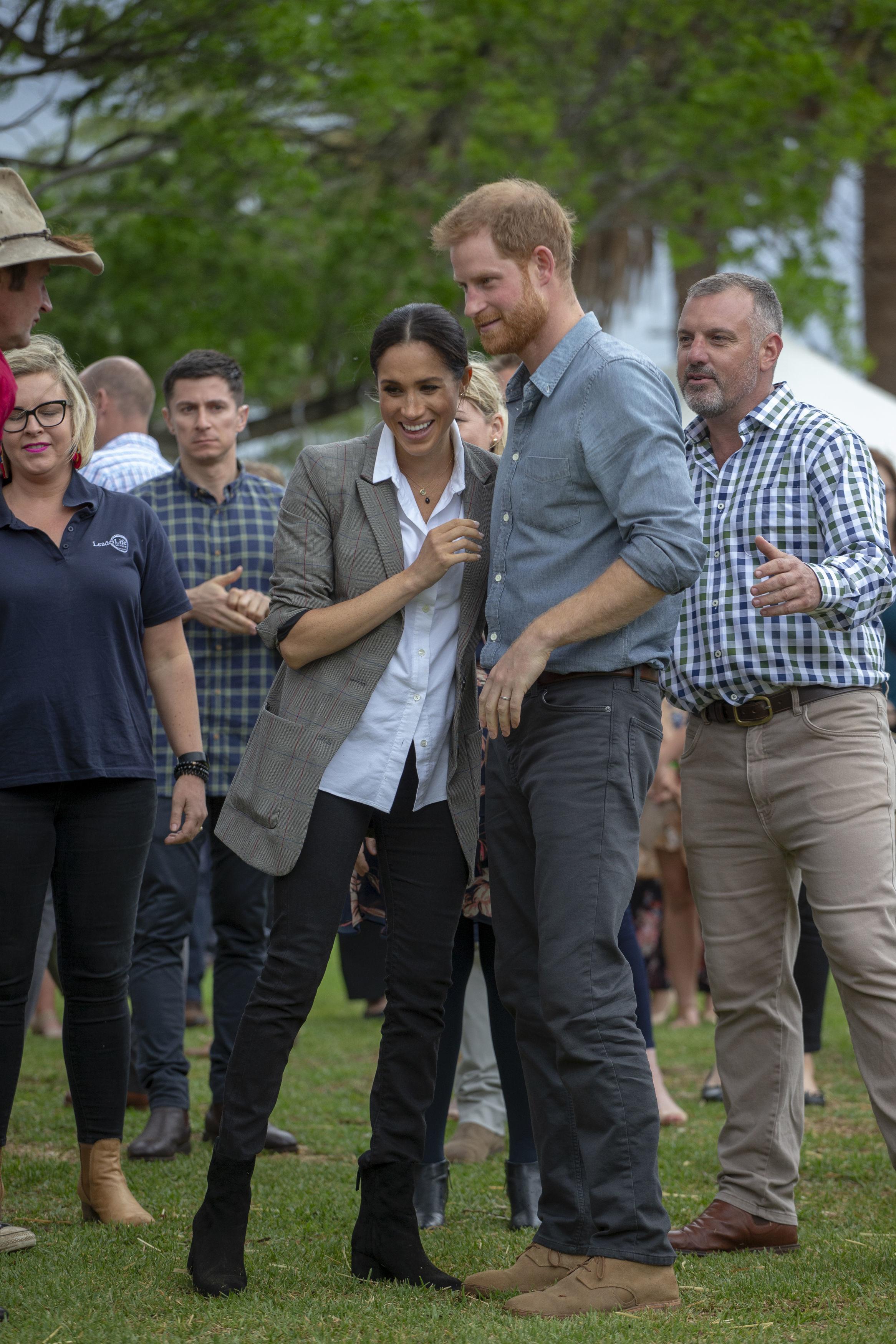 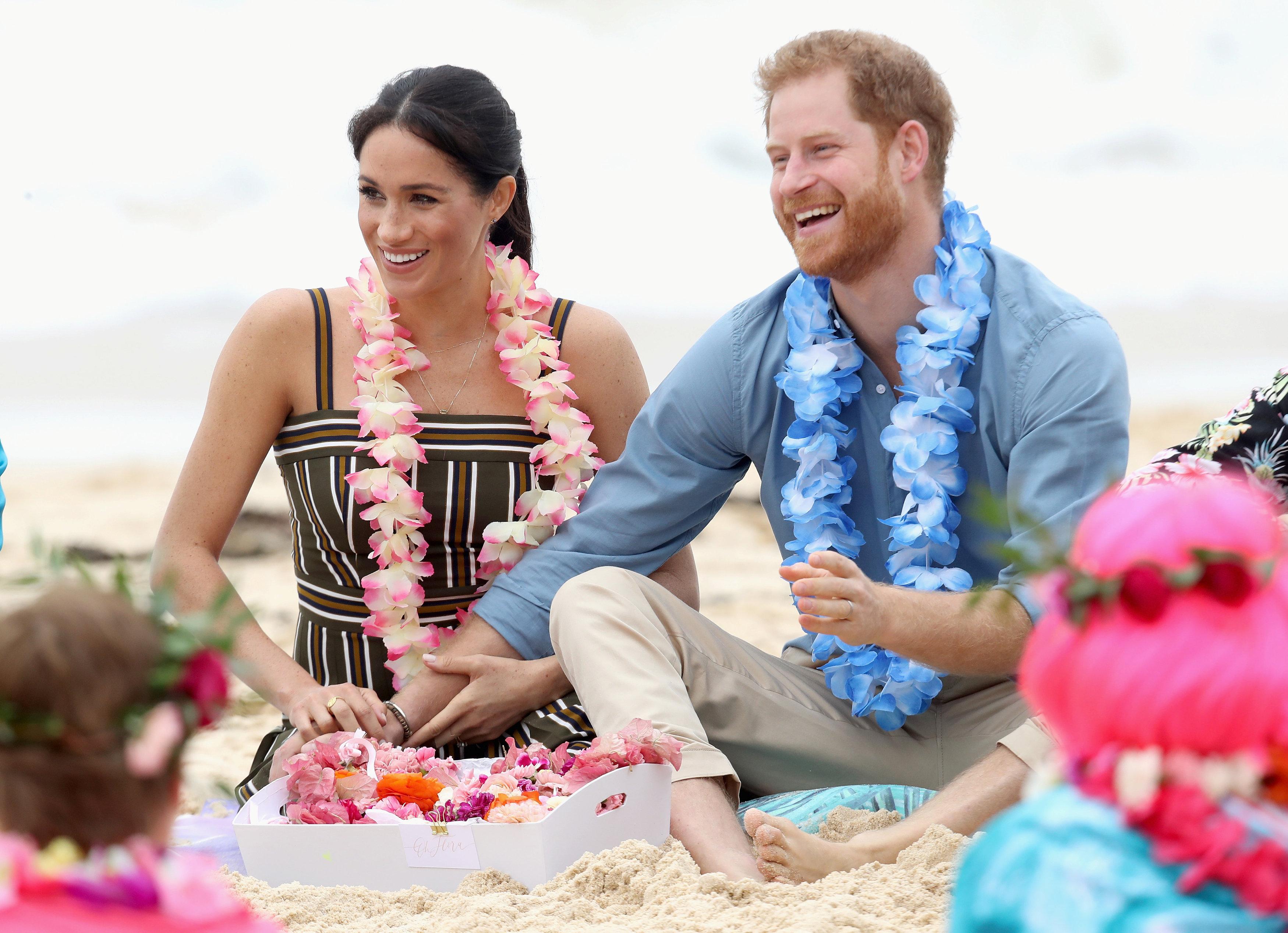 But Harry, 34, seems to have upped his romantic gestures in reaction to the pregnancy news.

One particularly sweet shot emerged yesterday, of Harry touching Meghan's knee while she clutched his hand in two of her's.

She added that it would have been easier for Harry to reach for Meghan's left thigh, which was closest to him, but he appears to have gone for her right side for a reason.

Of his hand placement, she added: "The mid-thigh is close to the pleasure zone. It's sensual." 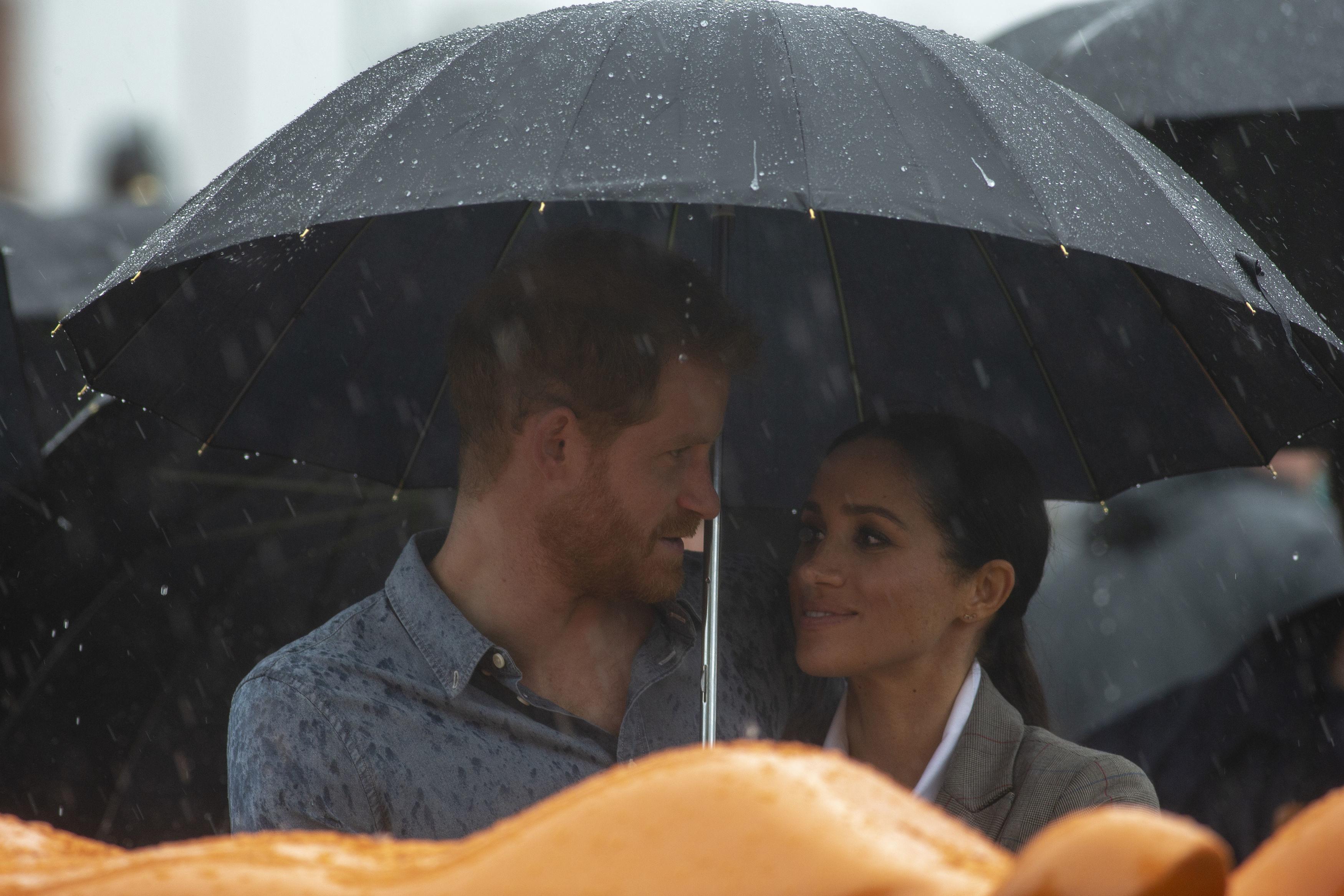 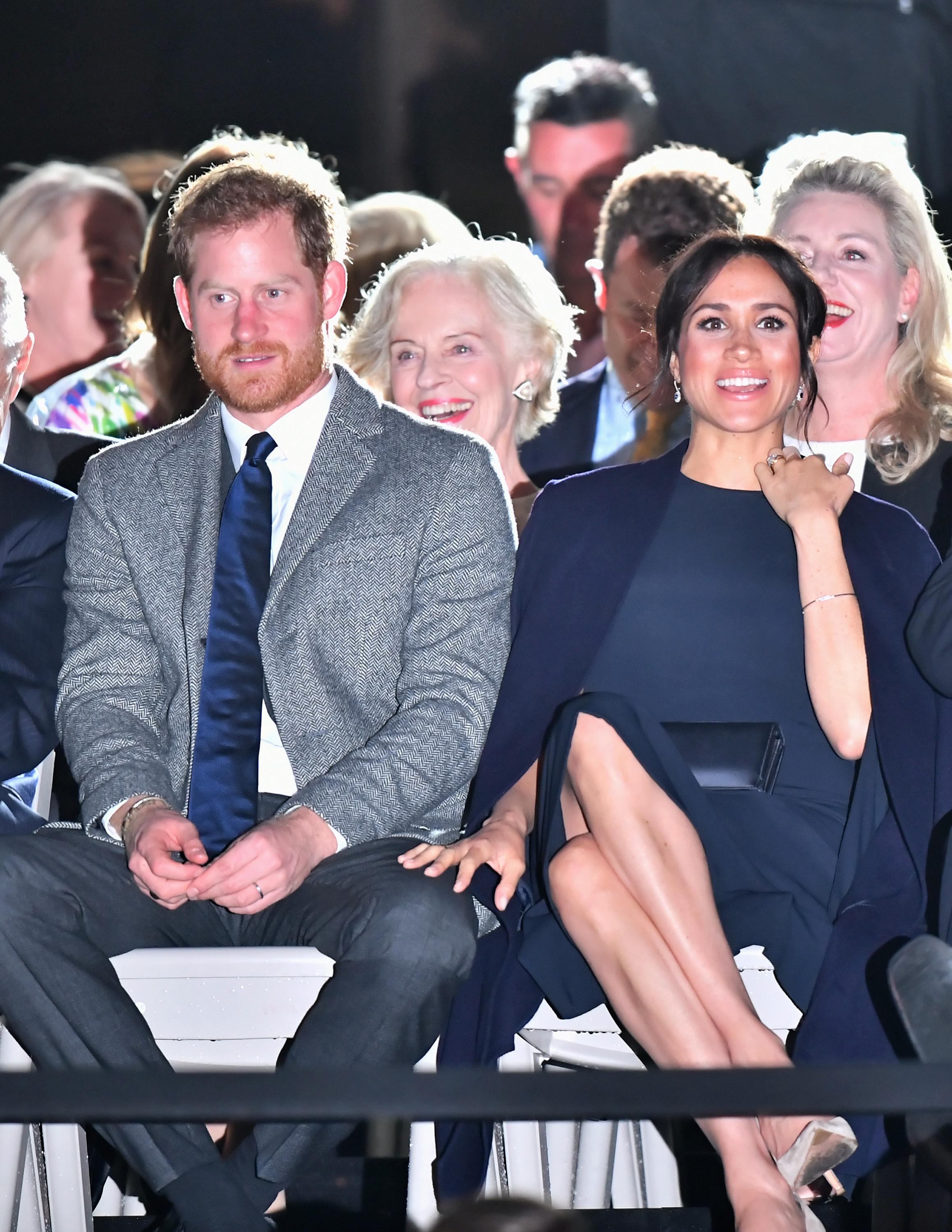 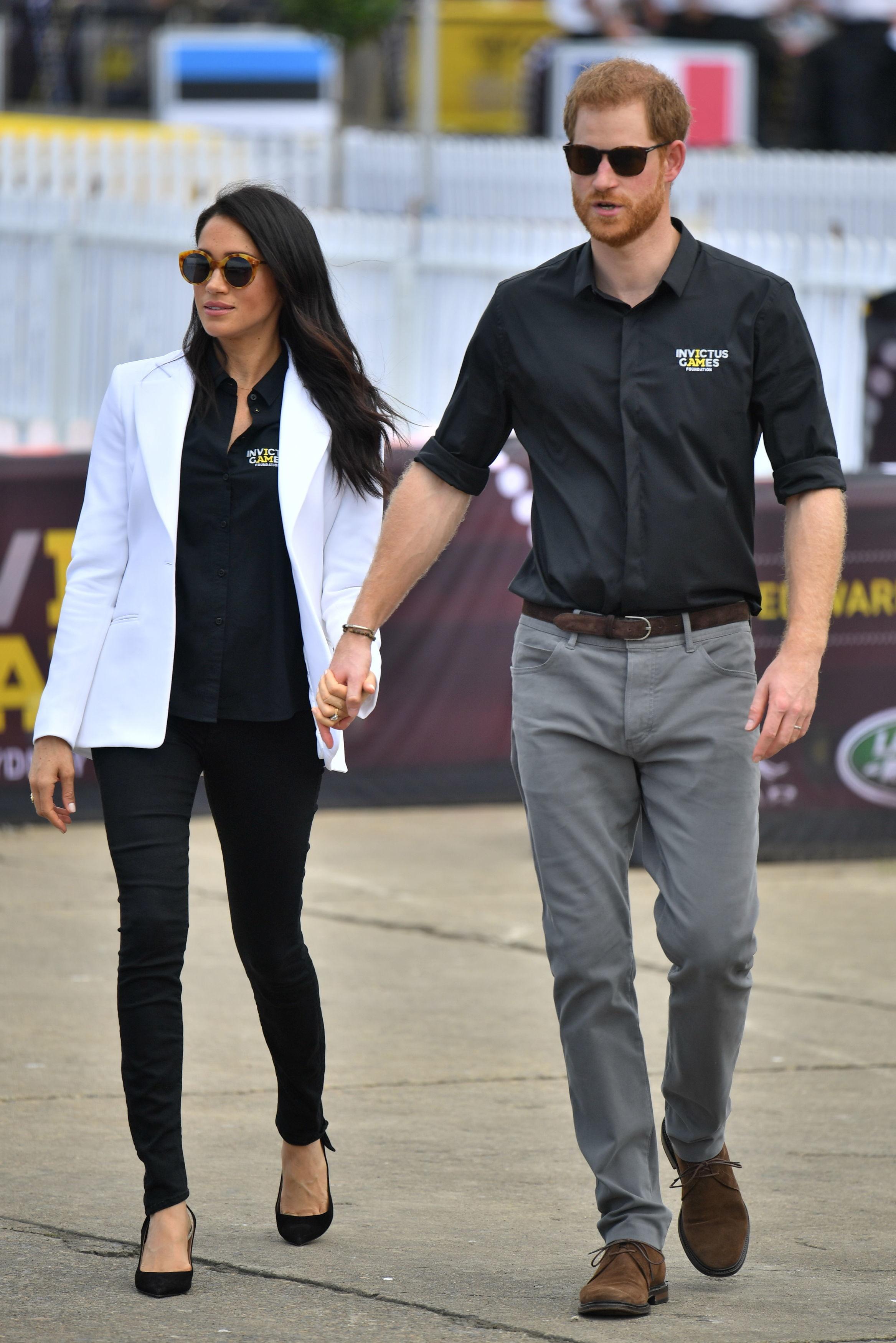 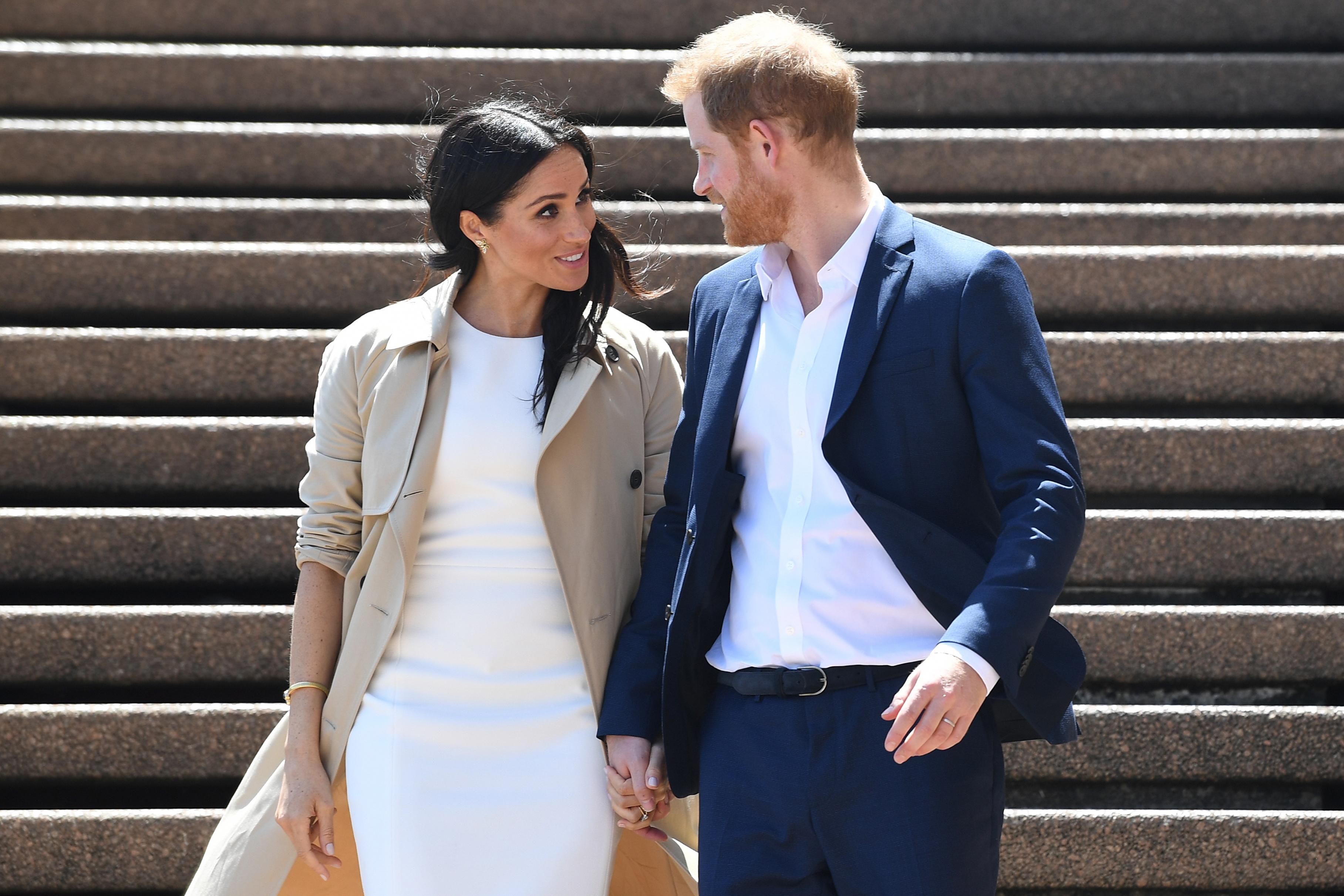 Although there's not an official ban on PDAs, the royals tend to follow the Queen's example, because she rarely holds Prince Philip's hand on public engagements.

This has become an "unwritten precedent for the other royals", Robin Kermode, body language expert, previously told MailOnline.

"It is very clear that William and Kate are emotionally close, however, they do not seem to feel the need to prove their love – particularly when on official state business." 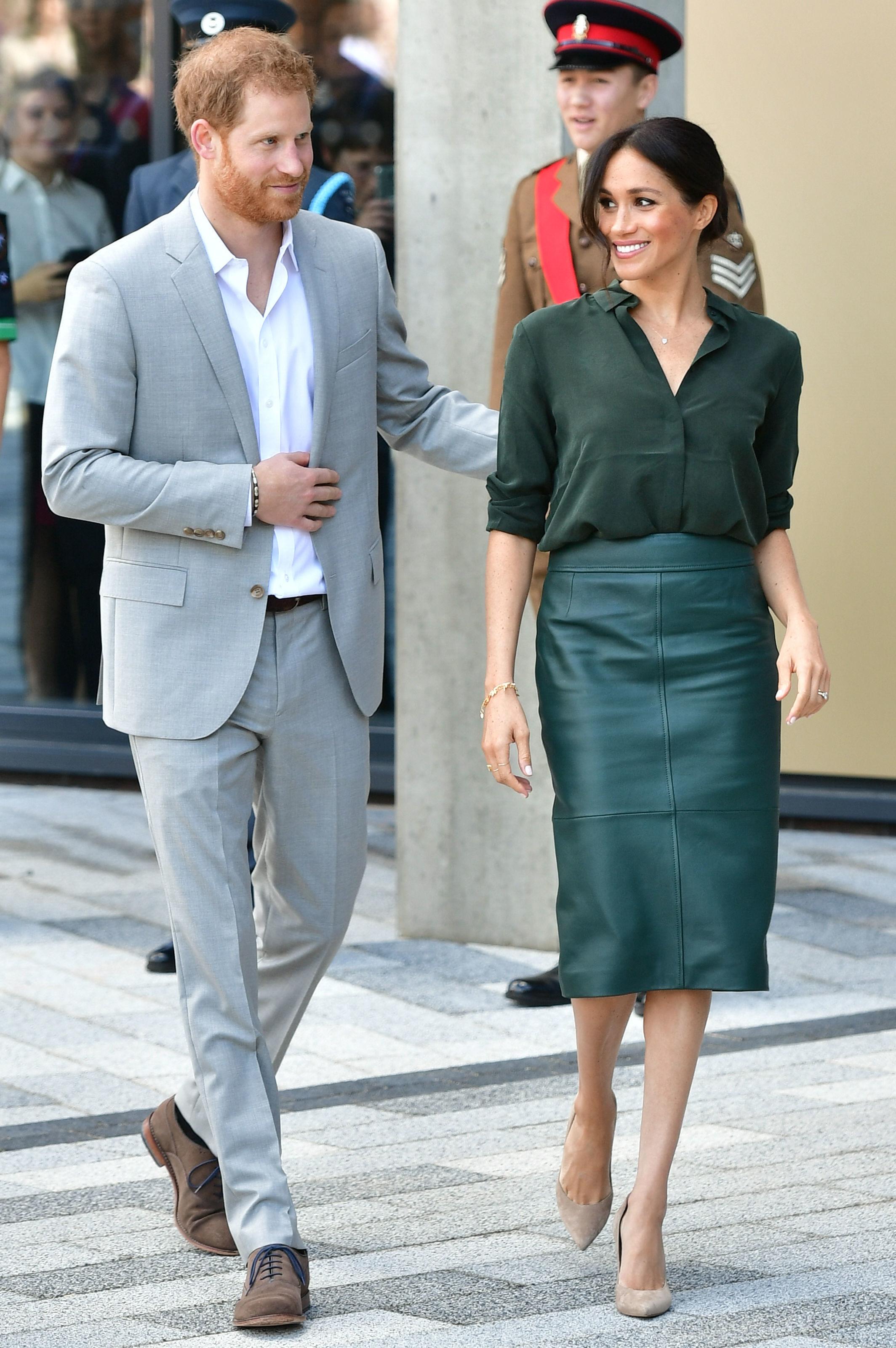 Wills probably feels more need to stick to the royal rulebook, as he's second in line to the throne – while little bro Harry is sixth.

This wasn't the only royal rule Meghan broke yesterday. She also wore the Queen's least favourite item of clothing on the beach. What a little rebel.

While here's why she wasn't allowed to wear flip-flops on the beach on Thursday.