But there doesn’t seem to be any bad blood from the bride’s side after all, as Eugenie was caught checking out fan pages of the Duchess of Sussex, 37. 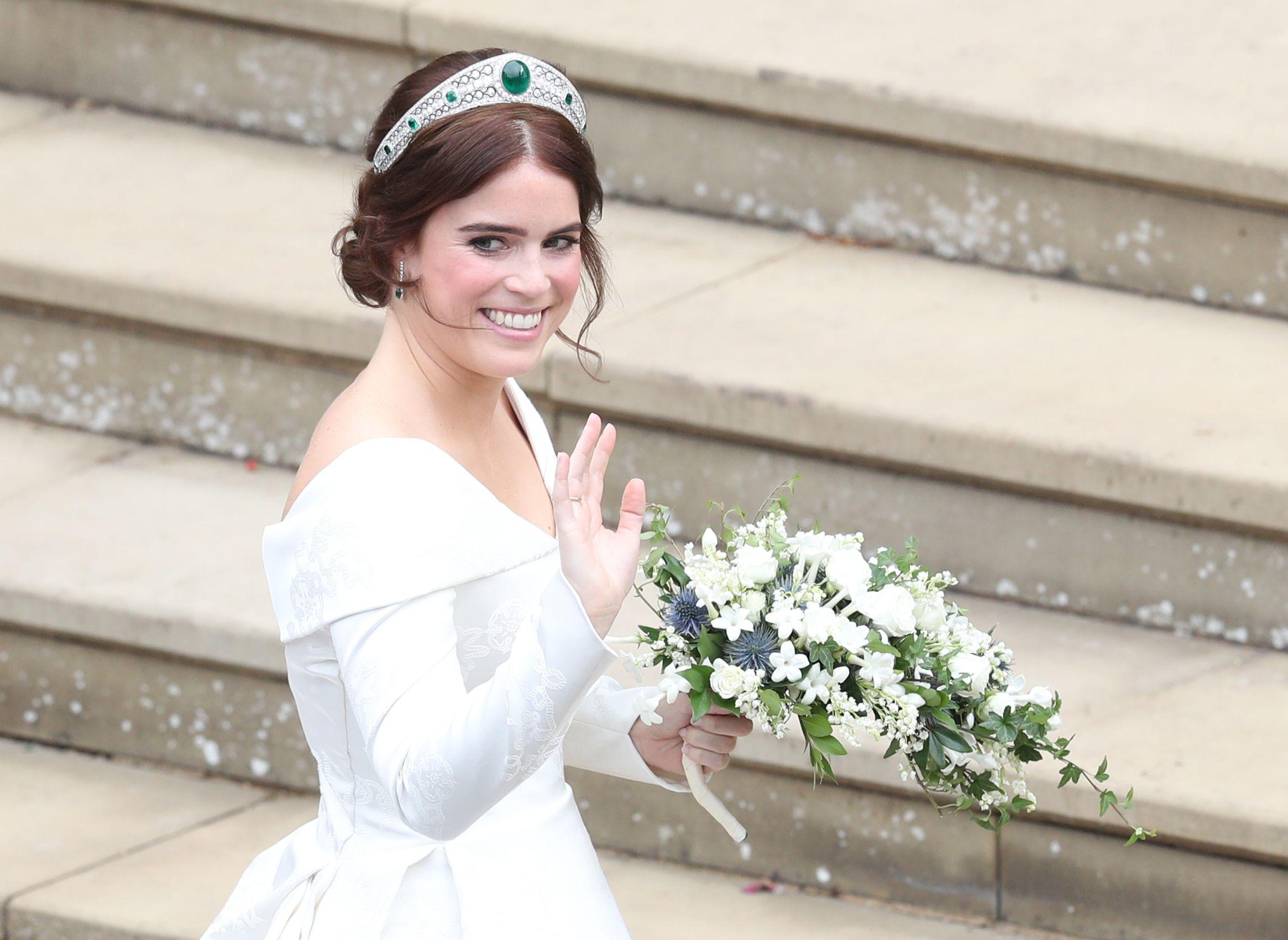 Prince Harry’s cousin, 28, gave the game away when she liked a photo of Meghan on a popular tribute account.

The photo was shared two days ago on the @_duchess_of_sussex Instagram account, and showed Meghan wearing a pair of small diamond earrings in Dubbo, Australia.

The post has been liked over 3,000 times by fans, and the creator of the account screenshotted the fact that Princess Eugenie was one of them.

Rumours have suggested that Meghan and Harry revealed their baby news during Princess Eugenie’s wedding celebrations on October 12. 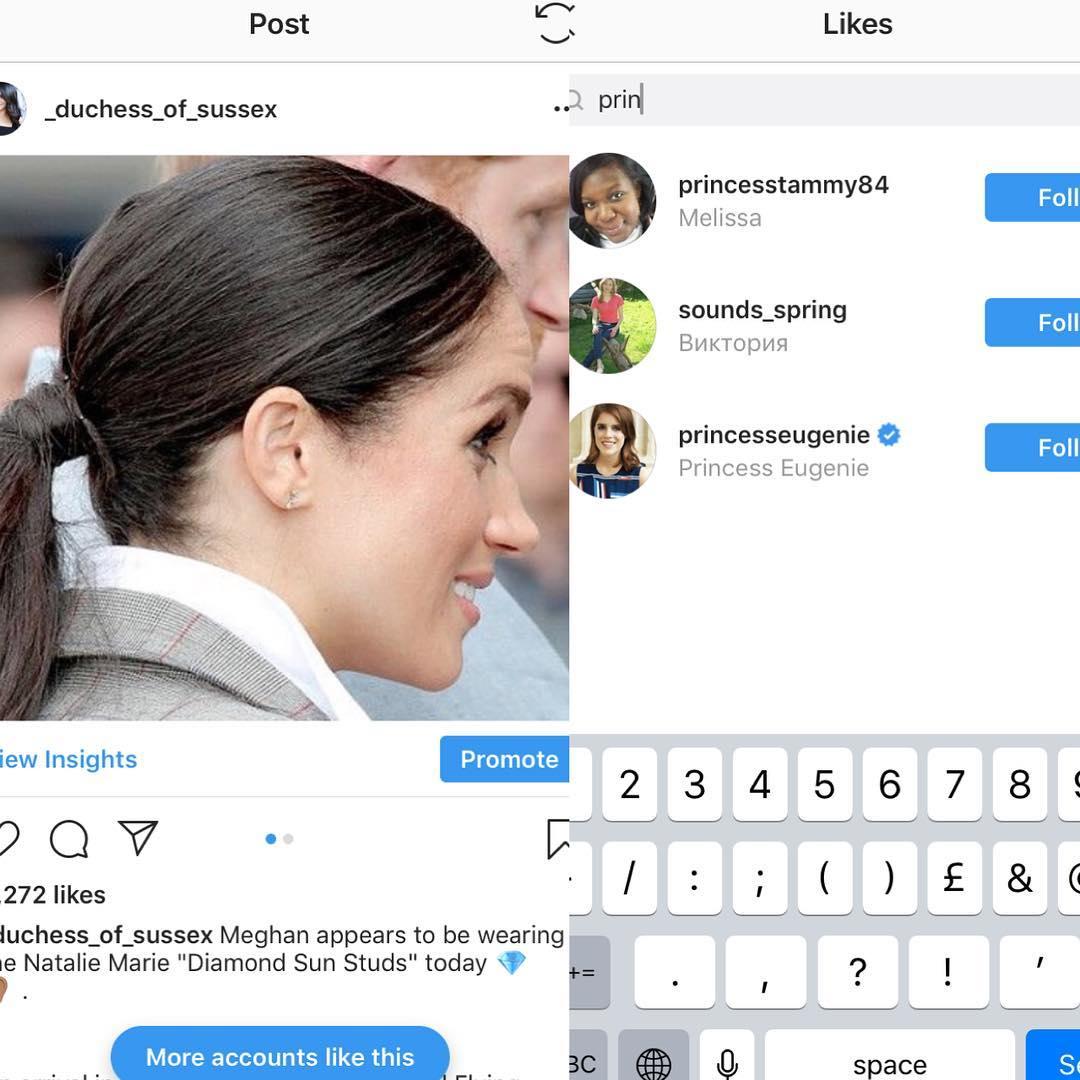 US gossip website Radar Online claimed that a source said the announcement "put her nose out of joint", according to the Daily Mirror.

An insider allegedly said: "Eugenie disappeared for a while after Harry and Meghan told the Royal Family the news.

"Any bride would have had their nose put out of joint by something like that."

The Daily Star reported that Eugenie left "on the brink of tears", as she felt that her wedding had been "overshadowed".

However, a source has now told BAZAAR.com that this wasn't the case at all. 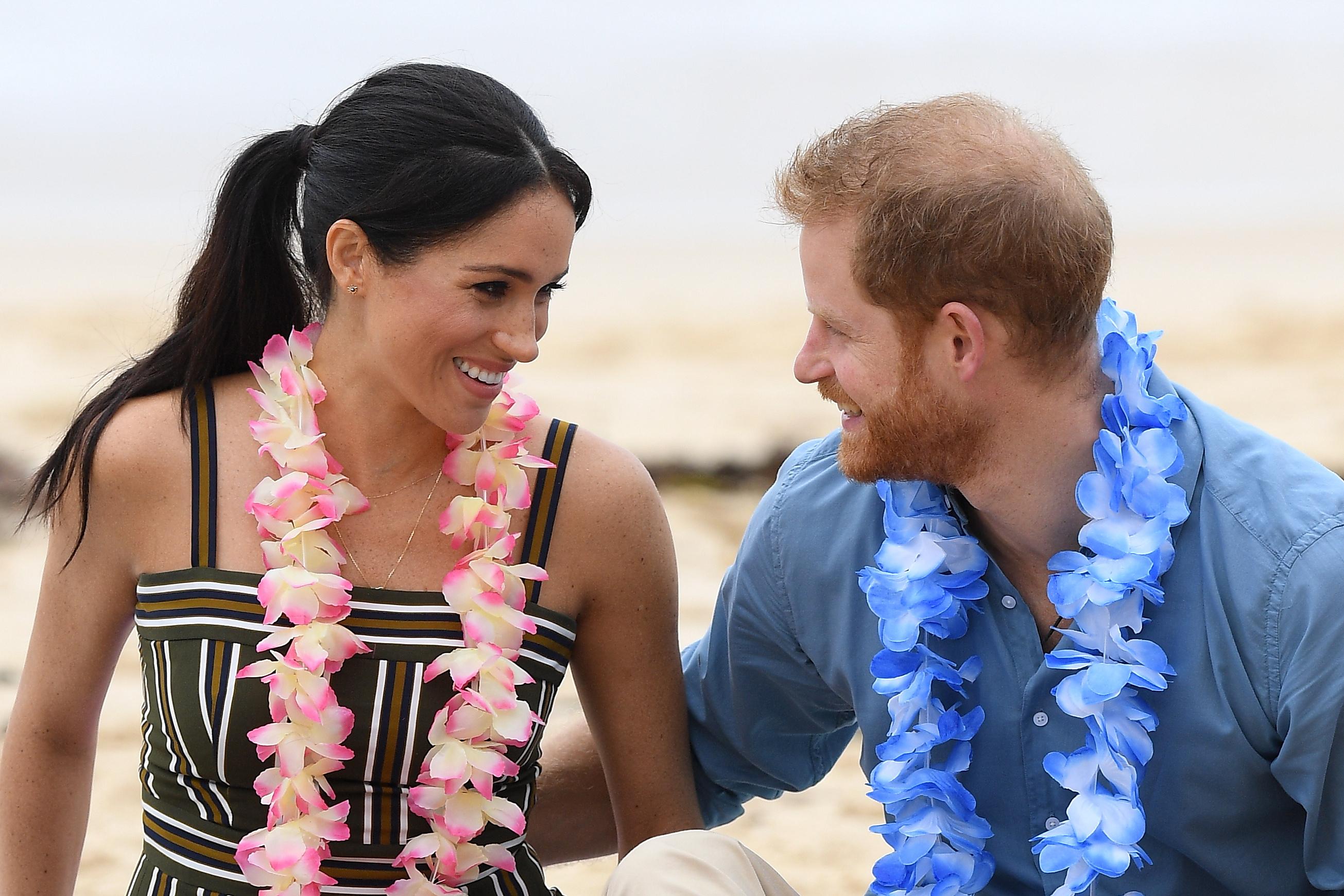 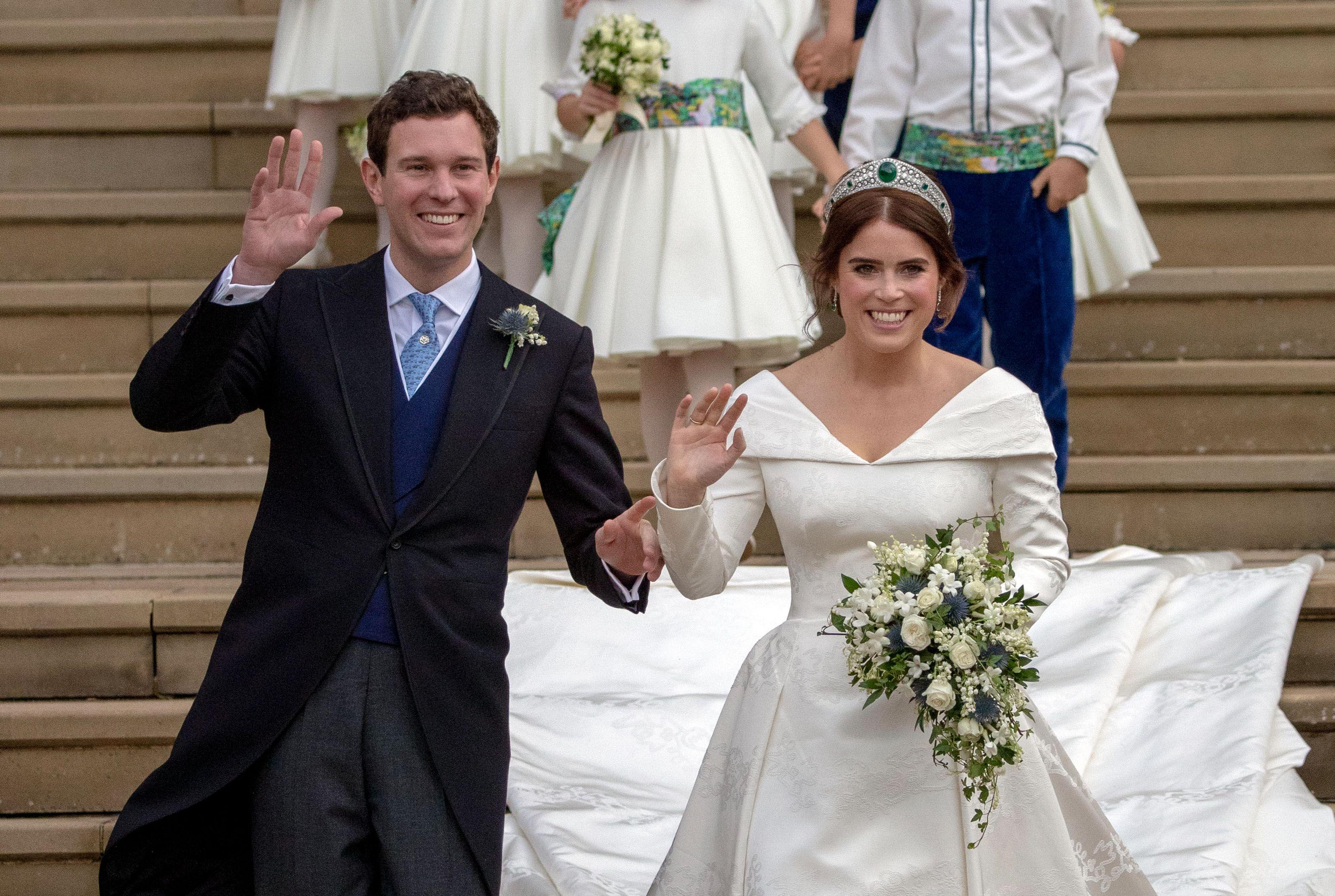 Instead, the Queen and Prince Philip, Prince Charles and the Duchess of Cornwall and Eugenie and new husband Jack Brooksbank already knew about Meghan's pregnancy.

Apparently, they just hadn't seen them in person, so this was the first time they could congratulate them.

It's not known whether Kate Middleton and Prince William knew ahead of time.

The creator of the Meghan Markle fan account, which has over 70,000 followers, gushed: "IM CRYING PRINCESS EUGENIE LIKED MY PICTURE!!! THIS IS SOO MAJOR!!!! I cant believe it I'm crying, I'm so overwhelmed!"

At the moment, Princess Eugenie is the only member of the Royal Family who has a social media account which isn't controlled by Kensington Palace.

Most of the other royal updates are revealed via the Kensington Palace or the Royal Family Twitter.

The reason behind Eugenie being allowed to have her own Instagram is likely to be because she's not a working royal.

Eugenie's Instagram handle is, unsurprisingly, princesseugenie, and she joined the site on March 8, 2018, which is International Women's Day.

Meghan Markle and Prince Harry are currently on a 16-day tour of Australia and surrounding locations.

The royal couple landed in Australia on October 15, 2018 – at the same time, Kensington Palace confirmed the news that the Duchess of Sussex was pregnant with her first child.

Kensington Palace confirmed that the baby is due in spring 2019 – but no exact date or month was given.