BE honest, how would you rate your other half in the bedroom? When it comes to sex, almost half of women report that they are unsatisfied in the bedroom.

But few will tell their partner what they really desire. As a result, the sexual pleasure gap is widening, while men often hold exaggerated views of their own performance. 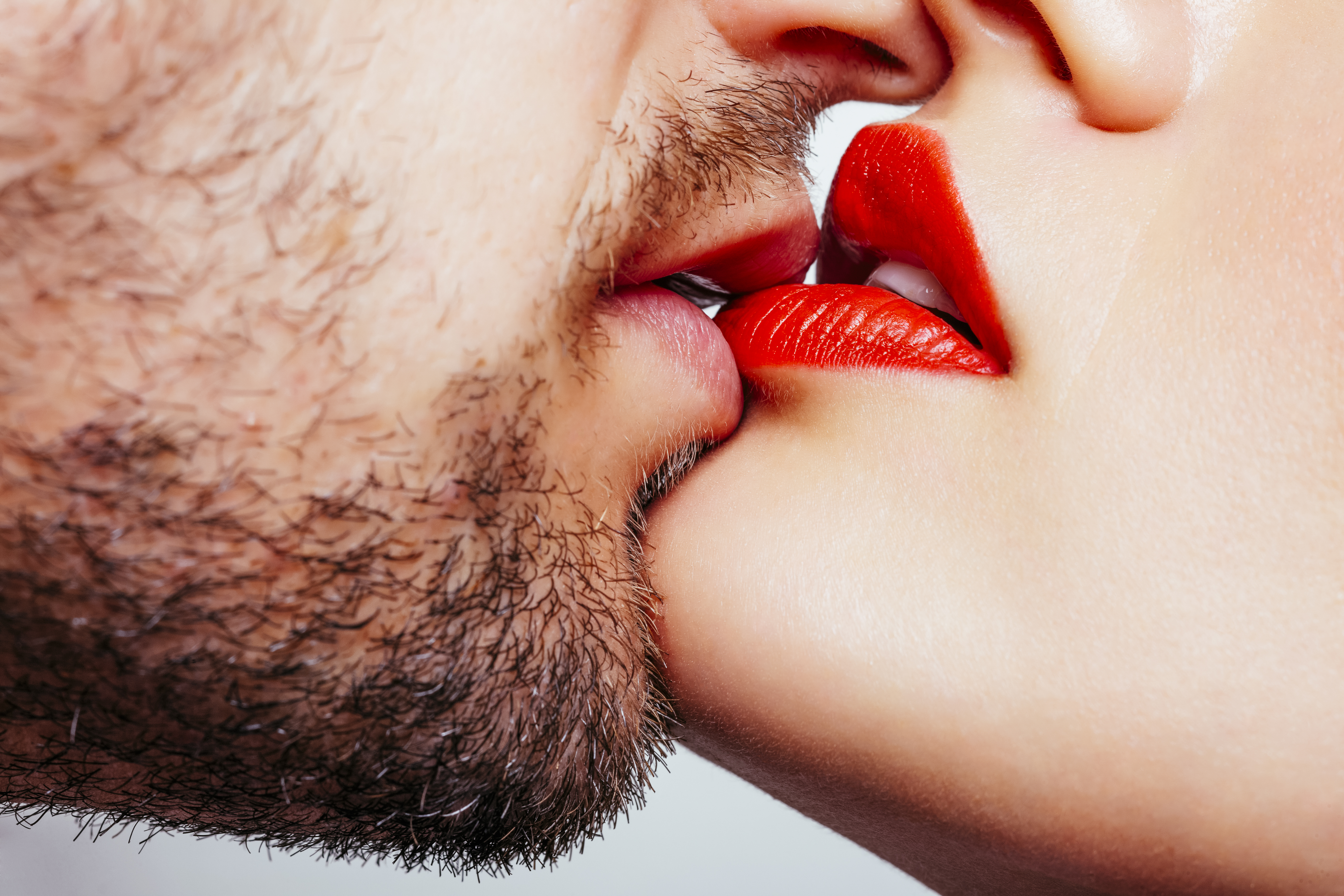 Sexpert Kate Taylor says: “Many of us fall into the trap of thinking great sex just happens when you meet the right person. In the beginning, novelty and excitement can make up for a lot. But over time, the pleasure gap can widen until one of you is satisfied but the other is not.” So how can women get a better deal?

To see where there is room for improvement, Jenny Francis asked three brave couples to measure their pleasure. The men rate their performance and score it out of ten. Then the women rate their fellas, before sexpert Kate has her say. 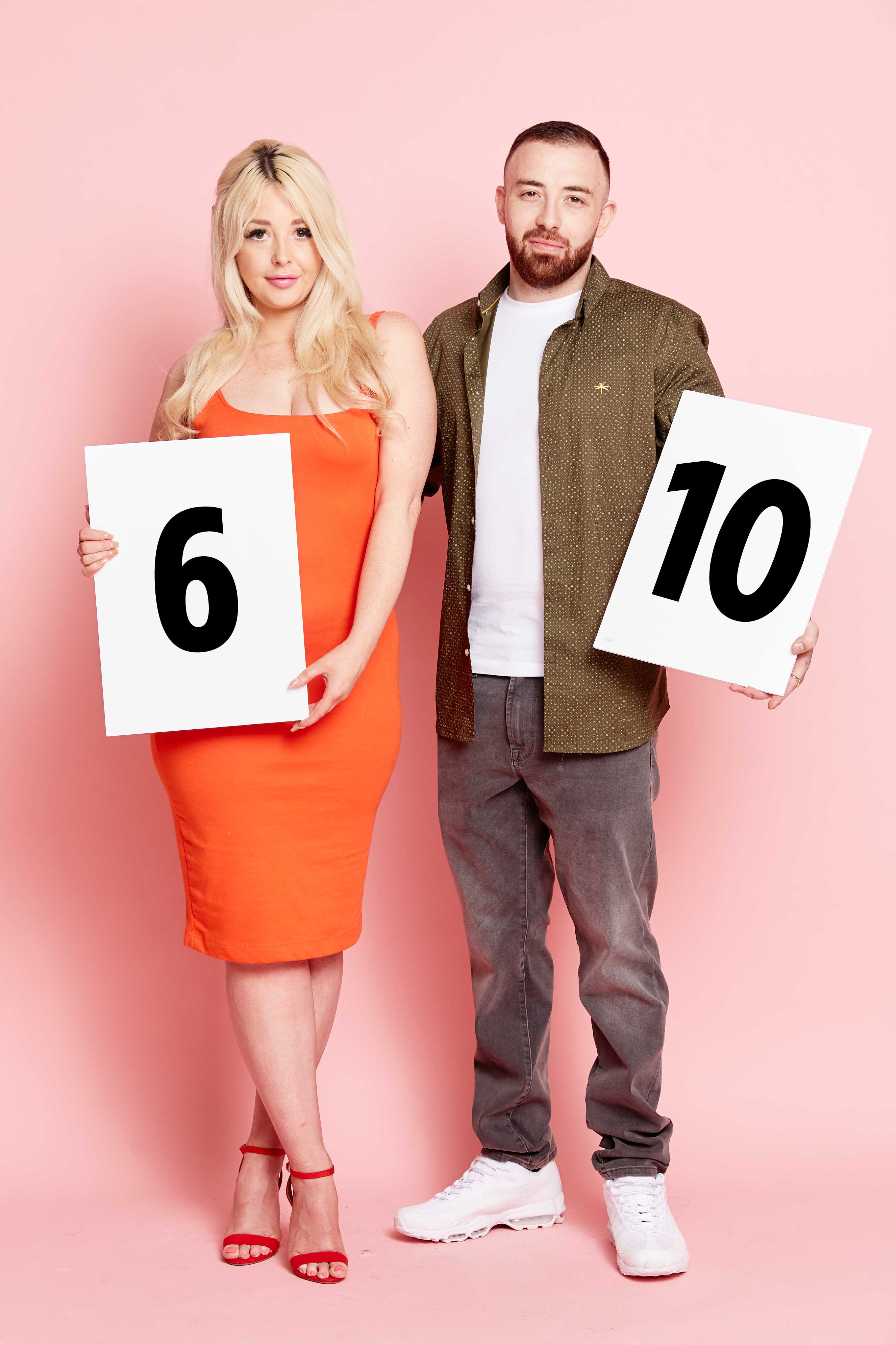 ROBYN JEFFERIES is shocked her partner of a year thinks he is a ten, as she reckons there are always things to learn in bed. The 31-year-old beautician lives with jeweller Jason Sharpe, 29, in Little Waltham, Essex.

SHE SAYS: “I met Jason at a party and after a few failed relationships, I was sure of what I wanted in my thirties. Sex is important to me but so is honesty.

“Just like any new relationship, we can’t keep our hands off each other. But while I’m happy with our bedroom life, there’s always learning to be done. For me, the most important thing about sex is everything before and after it.

“I love to be made to feel really special with a date night, massage or having dinner cooked for me. It leads into the sex slowly and by the time you are in bed, it’s amazing because of the build-up. This is what I need more of from Jason. Sometimes the sex is wild but over too quickly. 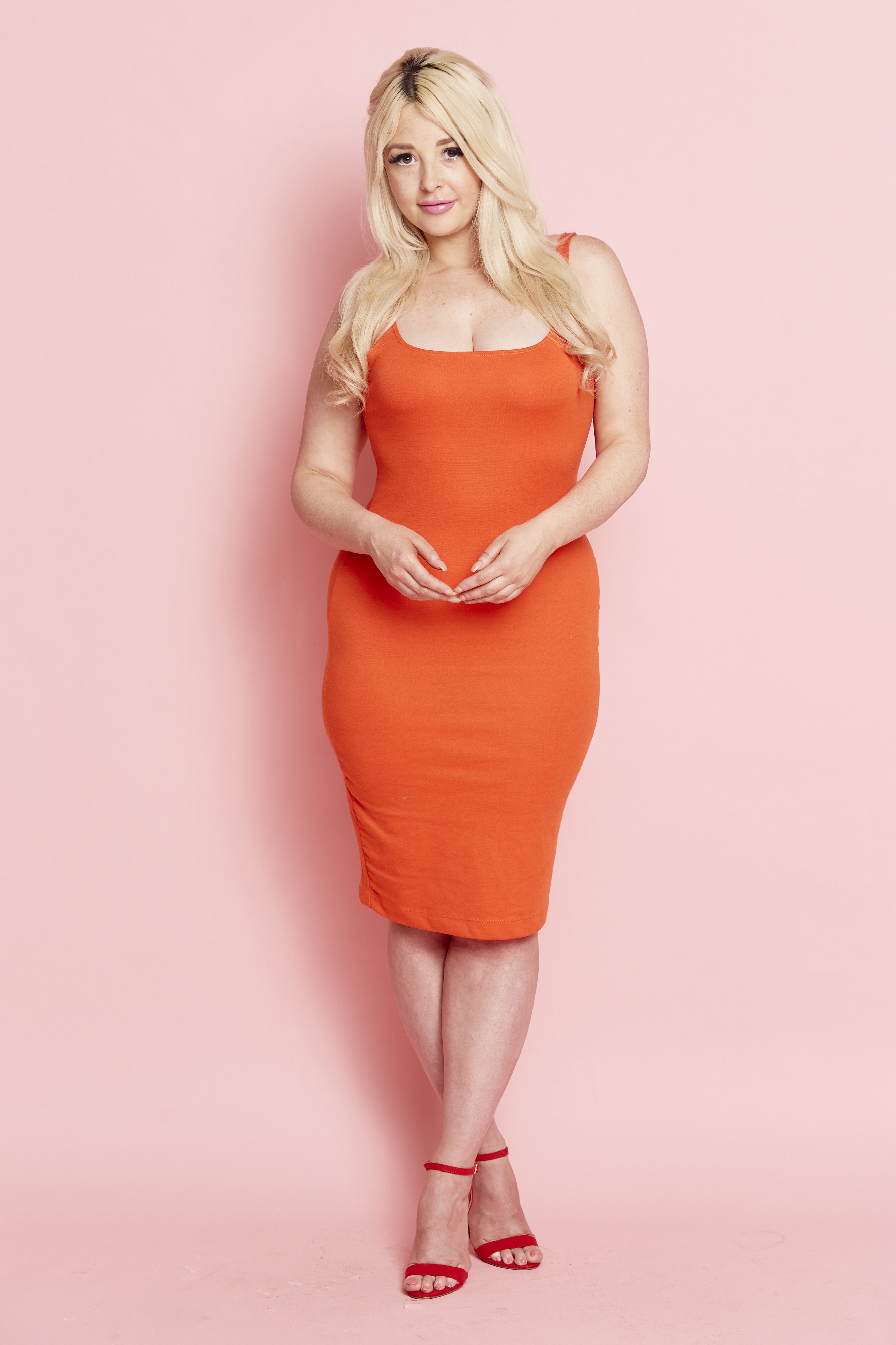 “It’s important to have quality foreplay – and Jason is really good at it – but I think sometimes he just forgets it. We both need to learn more about what each other REALLY wants. Sometimes I feel I don’t know what his favourite things are in bed, either.”

JASON SAYS: “I like having sex every day. That’s why I’m shocked that Robyn didn’t rate me a ten. No man likes being told they aren’t perfect because I put in a lot of effort.

“Hearing Robyn’s explanation has made me realise she has a point, though, because we don’t really talk about sex. I feel she lacks confidence. Confidence is the sexiest thing and maybe she could take control sometimes. But maybe I’ve just always taken the lead without realising.

“I used to talk about sex with my lad mates. Now, because I’ve got someone I’m serious about, I don’t feel like I need or want to do that any more. I’m past silly banter. Now it’s about commitment.” 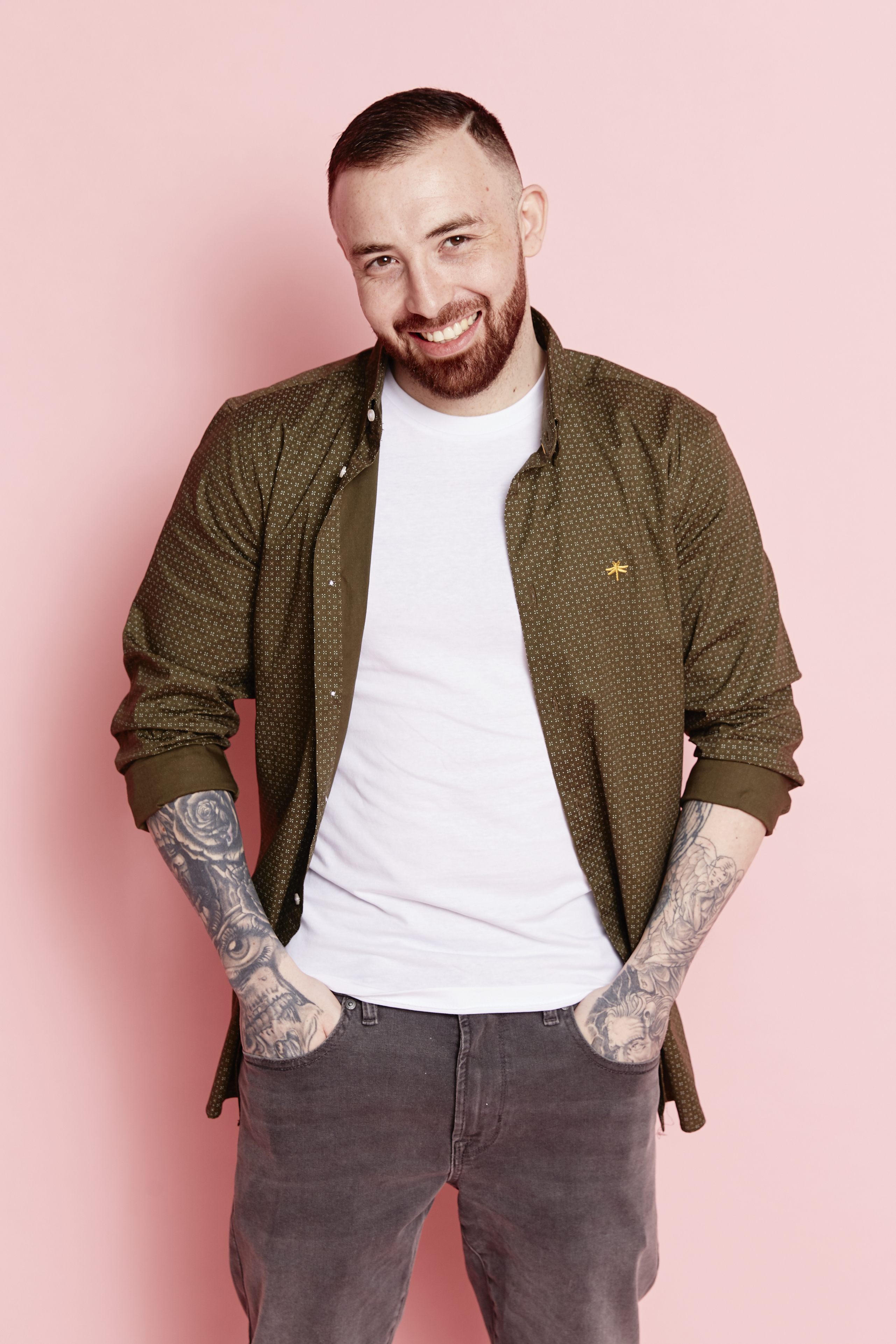 SEXPERT KATE SAYS: “Robyn has been waiting for Jason to realise she needs romance to get in the mood, whereas he assumes everything’s fine because they’re having lots of sex.

“Robyn needs to speak up before she gets resentful. Jason gets his intimacy through sex, Robyn wants to feel intimate BEFORE bed. She can tell him this, but also take the lead by slowing him down until she feels ready.

“Having sex every night doesn’t mean you‘re an amazing lover, just a consistent one. When he makes the effort to please Robyn in ways that work for her, he’ll realise his greatest excitement comes from giving pleasure, not just taking it.”

‘We now have a regular relationship MOT, where we sit down and talk about how we are both feeling about everything in the relationship – not just sex’ 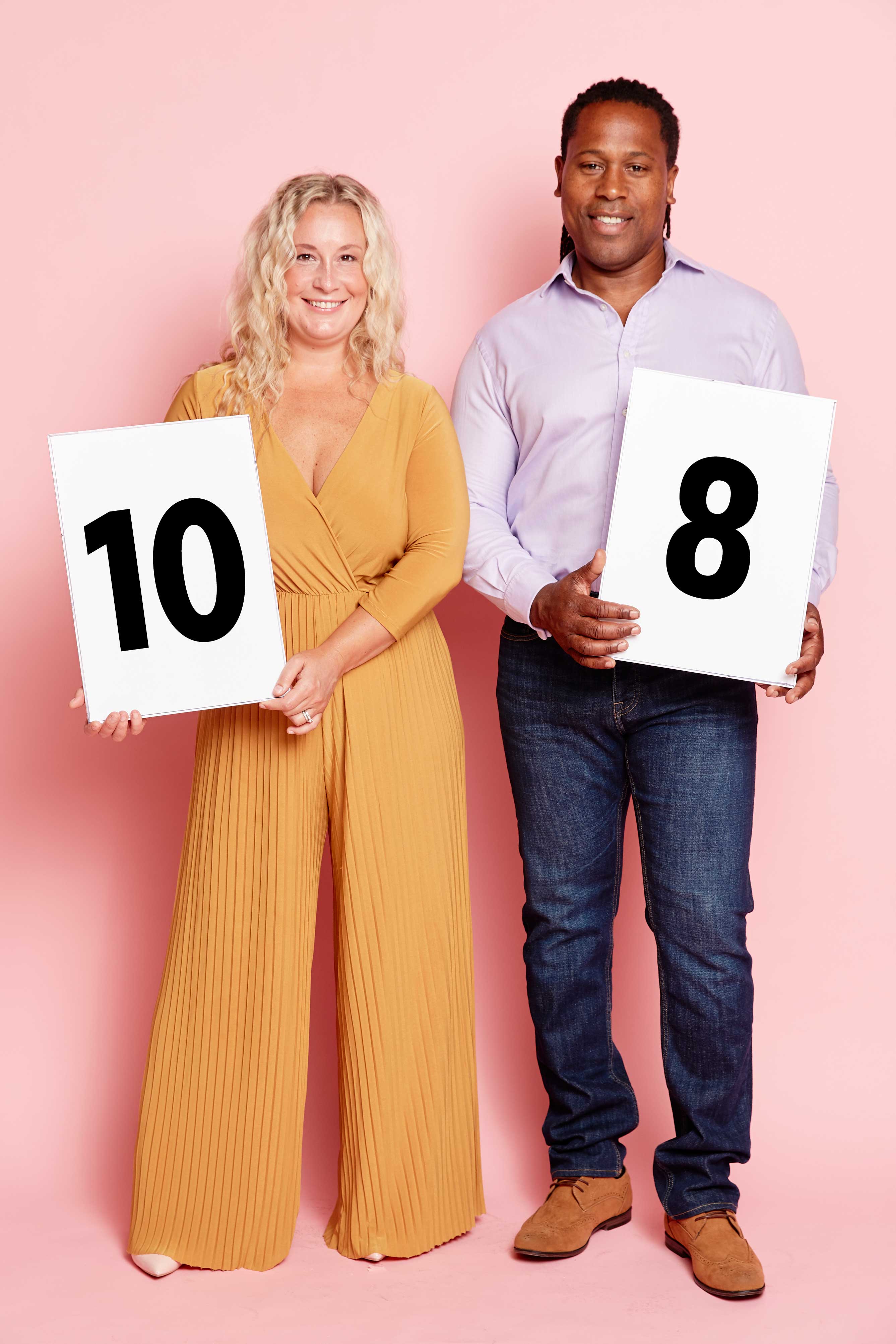 JO DAVIS, 37, rates her husband of nine years, Wayne, as a perfect ten in the bedroom. The estate agent lives in Nottingham with 53-year-old Wayne, an engineer and a dad of five.

JO SAYS: “I’d known Wayne since I was 18 but we only got together when I was 25 and we married in October 2011. Our 16-year age gap makes for an amazing sex life. I was a lot less experienced than Wayne, so having a mature man meant he could guide me and teach me things.

“And he wasn’t afraid to talk about sex. We are very open. Nothing is really off-limits for us when it comes to talking about sex. I became confident so quickly thanks to him. Being younger than Wayne means I have a lot of energy. We often have 40-minute sessions and have sex three times a week.

“It keeps him young! Wayne listens, he reacts, he isn’t afraid to try new things and nothing ever feels awkward or forced. He’s the only man I’ve been able to fully trust in the bedroom. 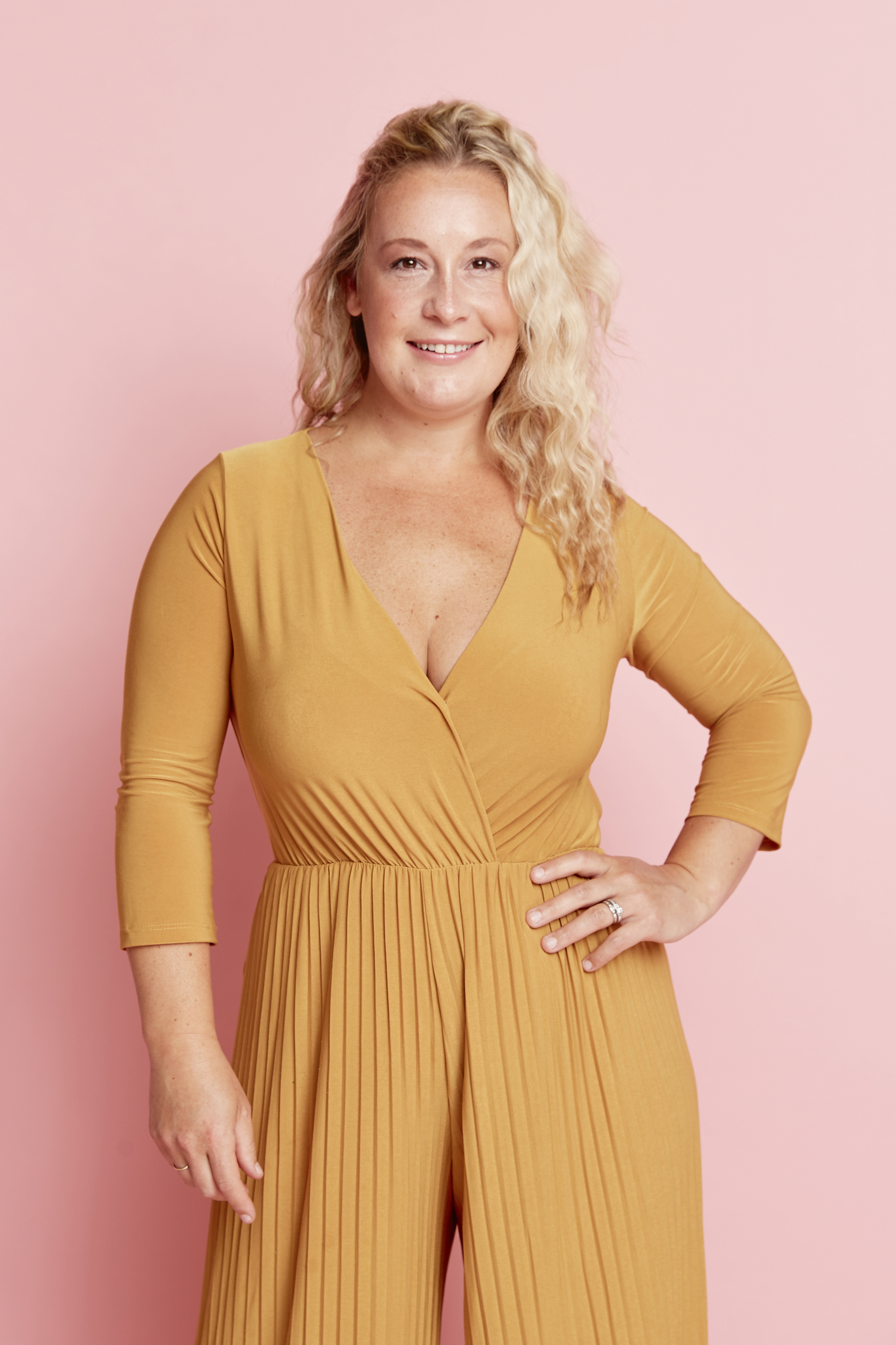 “Like all couples, we’ve had our ups and our downs in terms of how often we have sex. A few years ago, I was stressed with work and I didn’t realise that I hadn’t been reacting to his advances.

"We now have a regular relationship MoT where we sit down and talk about how we are both feeling about everything in the relationship, not just sex. It clears the air, which is important.”

WAYNE SAYS: “Communication is key in a relationship. I’ve learnt that over the years. I’m not afraid to talk about sex – it’s natural. Jo is fantastic in bed. She is very attentive and doesn’t rush.

"She is also really good at communicating what she likes, which is so helpful for a guy. So many women don’t do this but expect men to just know. Jo keeps me on my toes and we definitely have sex more regularly thanks to her energy. 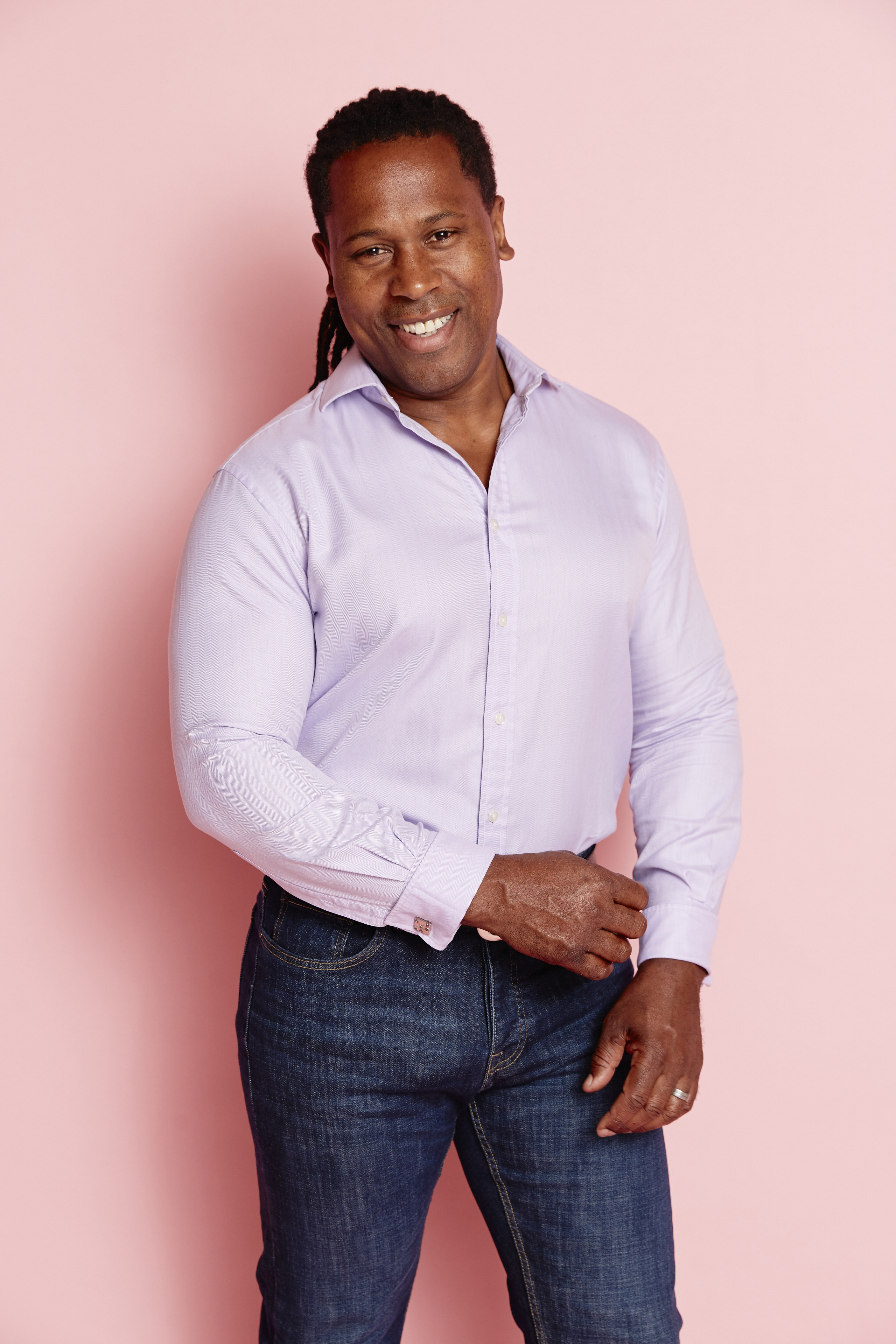 “I know every bloke wants to be a ‘ten’ but I’ve never really thought about asking Jo what she makes of my performance. I know she enjoys our sex life – and that’s great – but to know the woman I’m with thinks I’m top marks, so to speak, gives me that extra boost.”

SEXPERT KATE SAYS: “This couple are the Torvill and Dean of the bedroom, combining communication with energetic passion to hit the highest scores.

"It’s great to see how they are both confident enough to express what they want without shyness.

“At 53, Wayne’s natural drive will start to reduce but I am confident this loving couple will find new ways to explore gentler, more drawn-out lovemaking that still thrills them both.”

‘Pre-baby, we had sex whenever it felt right. But now we just have to grab time when the baby is napping rather than when we both want it’ 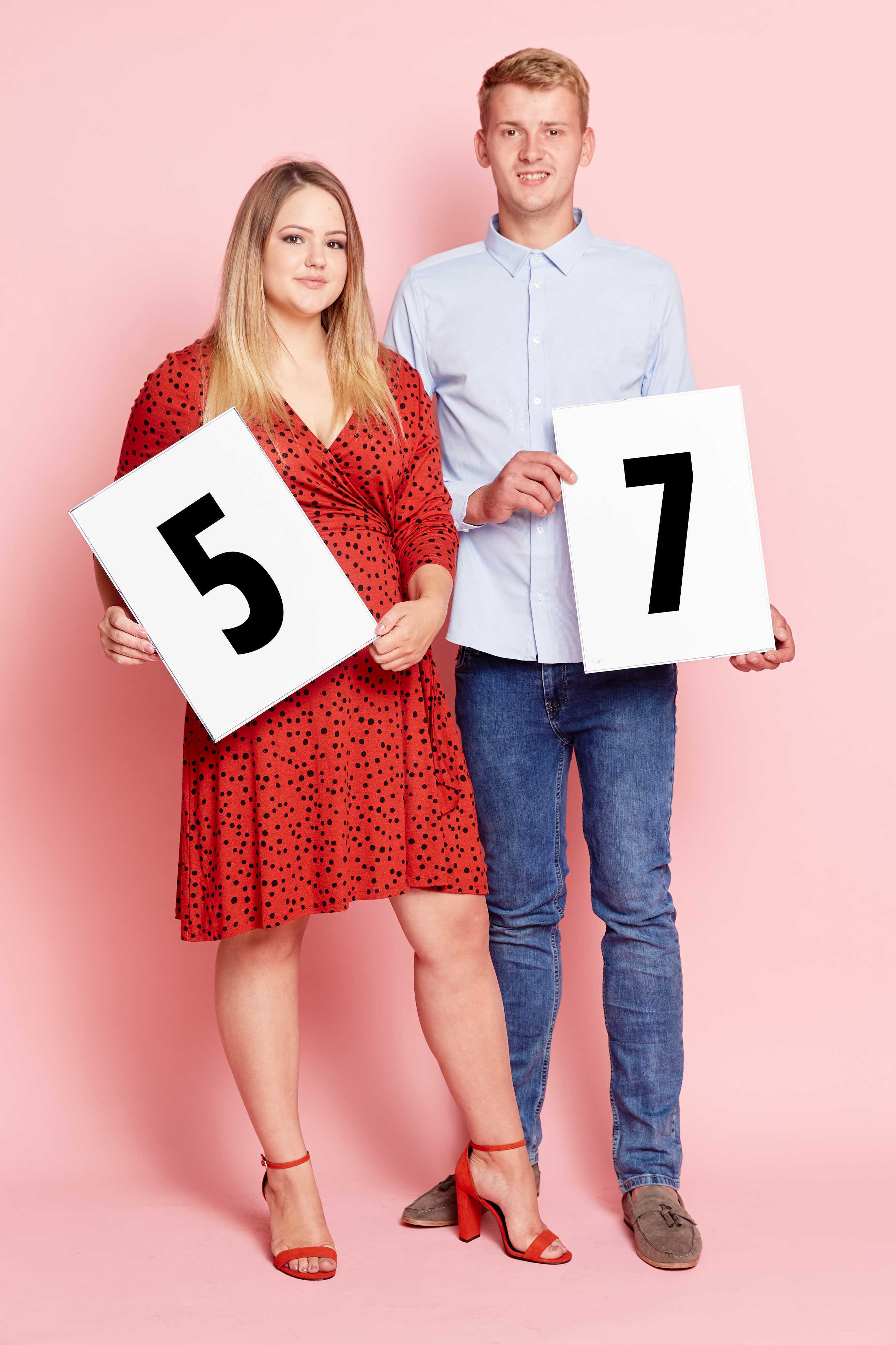 CARER Kelsey Leigh, 23, and 24-year-old landscape gardener Kacper Kruk have been in a relationship for four years. The couple, from Wakefield, West Yorks, have a two-year-old daughter, Evelyn-Mae.

Although their sex life is healthy, it is often quantity over quality for this pair, who get steamy five times a week.

KELSEY SAYS: “Pre-baby, I would have given Kacper a ten out of ten for his performance in the bedroom. But now I’ve rated him a five. He has a great body and I really fancy him but I think he places more emphasis on having regular sex rather than the quality of it.

“Every time the baby is asleep he’ll come on to me, which is great in some ways, as I still feel desirable. But I sometimes feel like he’s rushing it. Having an orgasm every time isn’t critical to me but I’m not sure Kacper knows this. 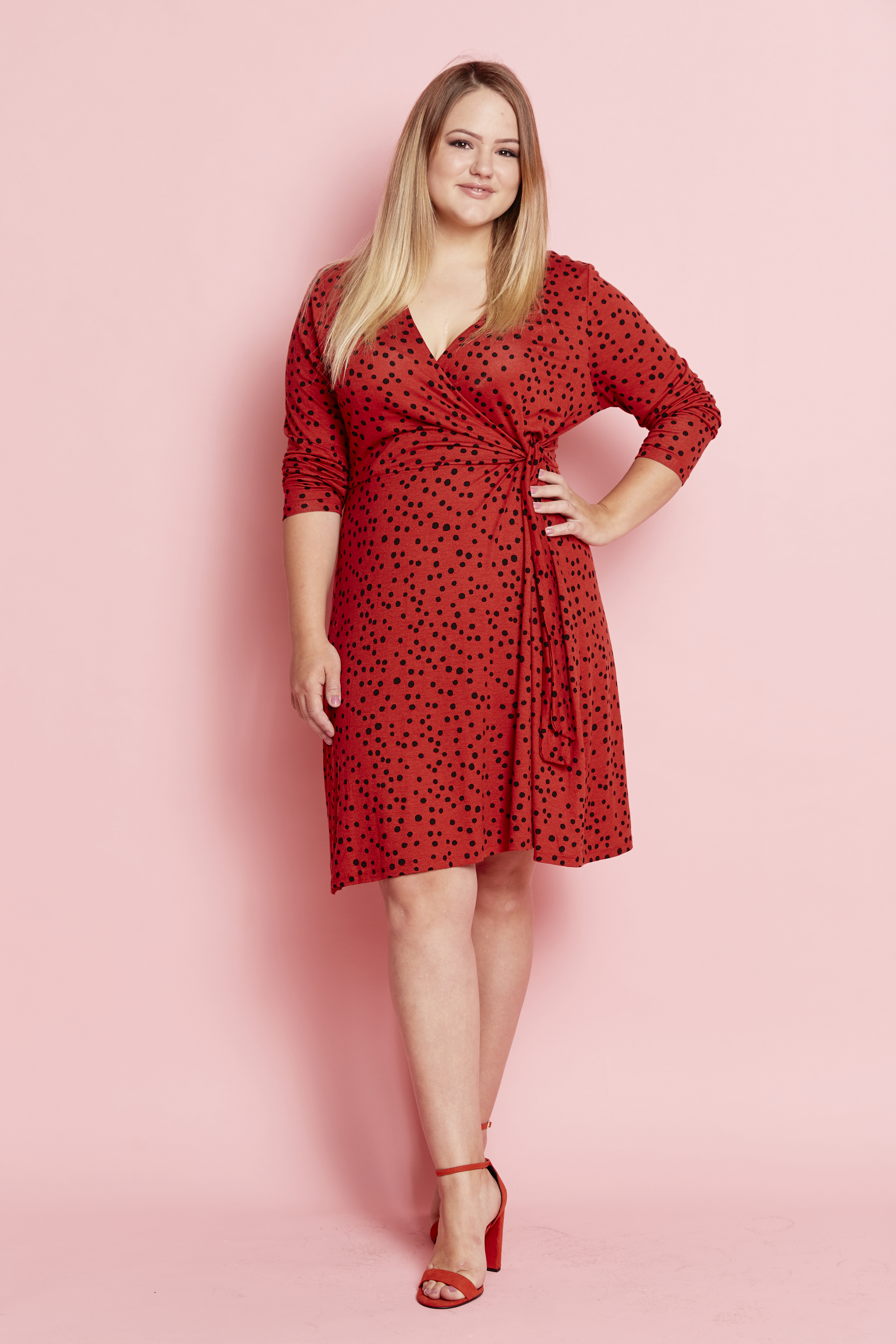 “I know I can be inconsistent too. If I’m really in the mood and have had a good night’s sleep, I can be great. But if not, I know I’m lazy in the bedroom. We rarely talk about sex – we just do it. We are so busy talking about the baby, we don’t talk about our love life.

“We met in the local pub when I was 19 and our sex life was amazing at the beginning. But I fell pregnant after just 17 months together and that changed everything. My body changed, along with my energy levels and my sex drive. I was tired all the time, I didn’t feel sexy and knew I wasn’t giving it my all.

“It’s taken 18 months for me to change. My baby weight dropped thanks to breastfeeding and when Evelyn-Mae began sleeping through the night, I began to feel more human.

"My sex drive has slowly been coming back ever since. We have to grab time when she is napping rather than when we both want it.” 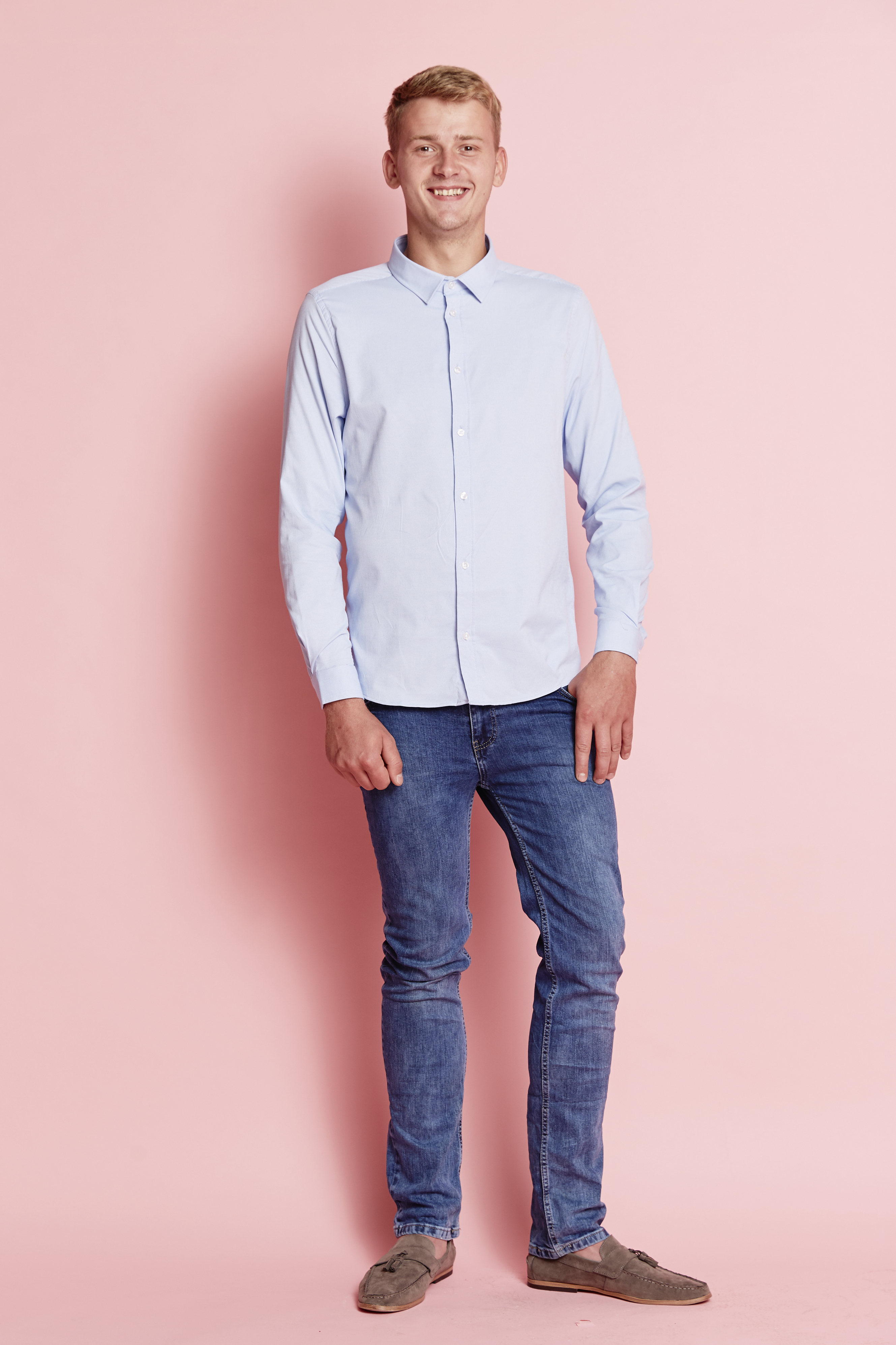 KACPER SAYS: “At the start we were young and had no responsibilities or worries, so sex was amazing. We became parents really quickly and I had to mature a lot.

“My mates talk about how they are a ten out of ten in bed but I’m way more realistic now. I rate myself a seven, as I could spend more time before sex warming up.

"I usually focus my attention on Kelsey after I’ve climaxed. I worry if she doesn’t orgasm that I am not doing it right, but I’m glad that’s not the case.

“Maybe I should worry less about the amount of time we have and just be in the moment – even if we have to stop because the baby wakes up.”

SEXPERT KATE SAYS: “Having kids can derail a couple’s sex life for a while, especially during lockdown when babysitters aren’t available.

"They need to accept that spontaneity is gone . . . for now.

"Set aside evenings for sex and focus on Kelsey first so she Is satisfied before Kacper, which will boost his confidence.”