In her 2015 Modern Love essay “When the Doorman Is Your Main Man,” the writer Julie Margaret Hogben tells of a time in her life when she was dating in New York City and living in a building where the doorman, Guzim, felt obliged to protect her from men he deemed unsuitable. When an unexpected pregnancy sent her into crisis mode, Guzim became a close friend and confidant.

I recently caught up with four writers whose essays inspired episodes in the new “Modern Love” television series on Amazon Prime Video. Below is my conversation with Ms. Hogben, whose episode stars Cristin Milioti and Laurentiu Possa. The interview has been edited for length and clarity. 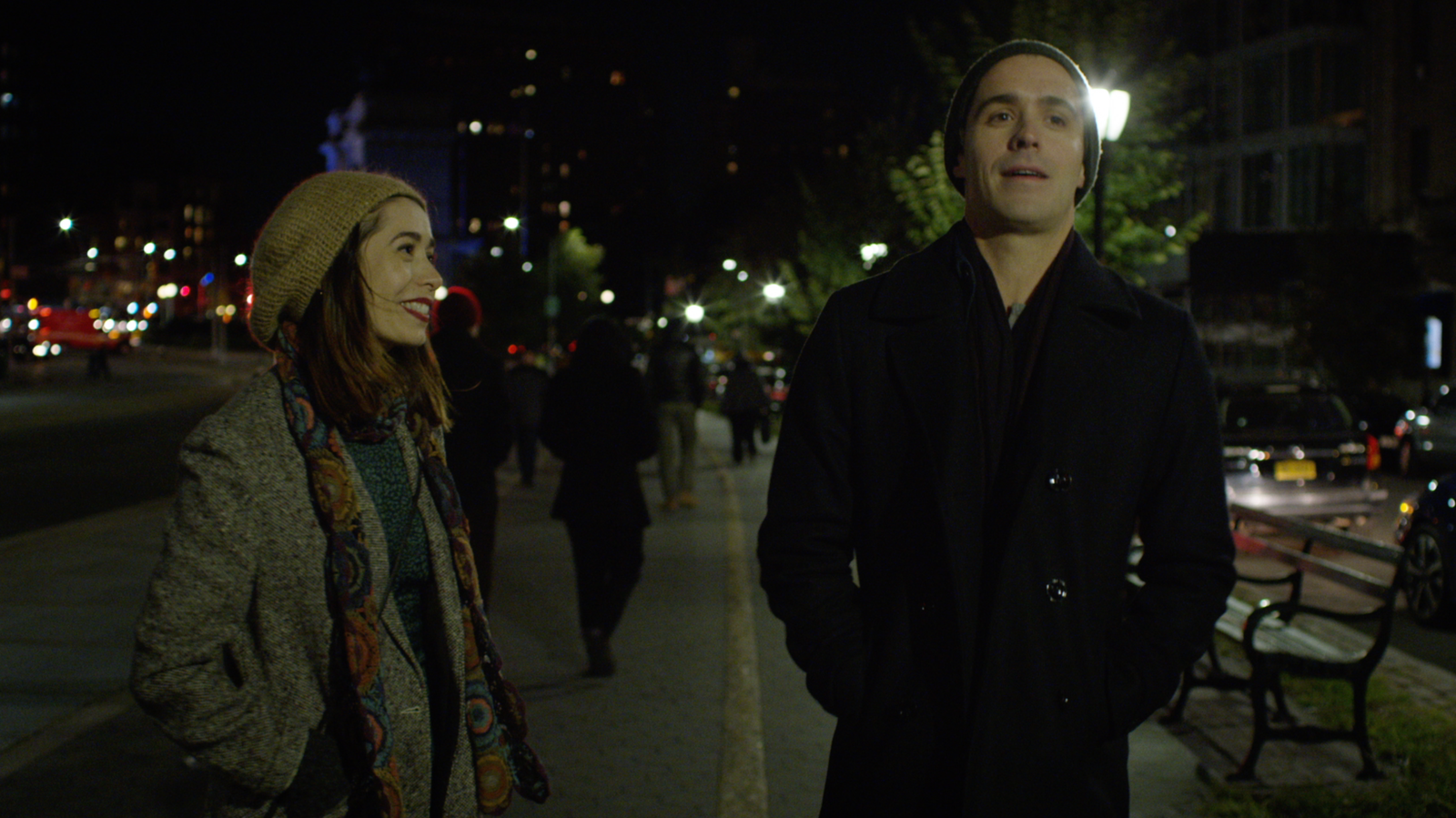 You can also read my interviews with writers Ann Leary (“Rallying to Keep the Game Alive”), Terri Cheney (“Take Me As I Am, Whoever I Am”) and Deborah Copaken (“When Cupid Is a Prying Journalist”).

Daniel Jones: You wrote about an unexpected pregnancy with a man you didn’t love or intend to marry, and how your doorman, Guzim, helped you through that difficult time. How did you feel about writing and publishing a piece like that for such a big audience?

Julie Margaret Hogben: Well, it’s hard because it’s a great story about a lovely friendship, but it’s not the full story. It’s only a 1,500-word essay.

I think the essay makes it sound like I had no one and it was only Guzim who helped me. That’s one truth that kind of gets lost in the essay. The other is that there was never really a question of whether or not I would go through with the pregnancy. It was just a question of how everything was going to unfold, and it was scary to be by myself and not in a relationship.

And why was following through with the pregnancy never a question?

In the essay, the guy offered to marry you. But you could sense his reluctance?

We were both reluctant. There was no way.

[Sign up for Love Letter, our weekly email. And catch up on all things Modern Love.]

How old was your daughter Isabel when you published your story? And has she read it?

She must have been around 8? It was four years ago that I published the essay, and recently she turned 12. But I don’t think she read it until about two weeks ago, and actually she didn’t even read it then; she listened to Cecily Strong read it on the Modern Love podcast.

She did that on her own? Or did you introduce her to it?

She did it on her own. But we’d had conversations about the essay before that where I’d said, “You need to know that your dad, your biological father, and I both felt like this was completely in the cards and meant to be. We both felt like we were being moved around like chess pieces so this little girl could come into the world. Mistake, accident, surprise — call it whatever you want, but you were meant to be.”

I wanted to ask a little bit about Guzim. Was he uneasy about being in the spotlight, both in the essay and being interviewed for the podcast episode?

He didn’t hesitate. I think he felt honored when he read the essay. I had asked him beforehand. I got his permission. He’s kind of an unsung hero. He’s so smart and deserves to be in the spotlight. Not many people recognize the contributions of people in those kinds of positions. I don’t think he gets recognized for all the good he does.

Is he still on this job?

Yeah, on the Upper West Side. You can find him there. Whenever I’m in town, I always peek in to see if he’s at the door.

One surprising reaction to your story was the number of people who thought you were going to end up romantically with Guzim. Were you aware of that reaction?

Yes, because actually a friend of mine said, “Why didn’t you just marry Guzim?” And I was like, “O.K., really?” No, he was dating the same woman forever and he’s also much older than me.

Did it always feel like a protective, fatherly vibe?

Yes, from the beginning.

What’s it like watching your episode? Is it emotional?

Yeah, but it helps that it’s been adapted and there are enough changes that it’s far enough removed. Except that there are certain visuals where it looks like they took snapshots from my life.

The lobby of the building. And the actress, with her glasses and the way she dresses. And the little girl. And Guzim in his uniform. That’s a pretty classic New York City doorman look. So, yeah, it’s really evocative, but I think enough has been changed that I don’t feel like I’m watching my own life unfolding.

I’m remembering that scene where the character, Maggie, first brings the baby back from the hospital and Guzim comes out to greet her and to help. And what he says then is straight out of your essay: “Good job. Beautiful.”

I’ll never forget that moment. He opened the car door and took the car seat out.

Did he ever take your daughter out to the American Museum of Natural History like in the episode?

What in the episode felt most true to your experience?

Well, like the opening — whenever I was on a date, I would stop a couple blocks away because I never wanted to get close enough for Guzim to see us, for him to see me kiss anybody good night. In the show, Cristin is a little more courageous than I was about bringing men home. I would sneak in or make someone leave 15 minutes later than Guzim’s shift so we wouldn’t have to face the music of walking out past him.

Also, in the episode I noticed he’s on as a doorman all the time. It’s like there are no other doormen in the building.

Yeah, exactly. He had a shift probably six days a week.

But he was the only one that had this sort of caretaking relationship with you?

Yeah, there was one who used to lecture me about stuff all the time, and later Isabel and I would give each other looks. He was always teaching me how not to forget my keys, like, “You have to build a hook in your hallway.” But I’m thinking, “I’m not looking for advice from you. Maybe from Guzim but not from you.”

I haven’t had a relationship since my daughter was born. My daughter will occasionally open up an account for me. Three months ago she opened up a Bumble account and uploaded seven of my pictures and wrote me a little profile.

That’s so cute. She wants someone for you?

And for herself. Because she’s a tween and wants to hang out with her friends.

So she wants a distraction for you?

She wants a distraction for me and she thinks I should get a life, which I should. [laughs] So, yeah, I’ve got to get out there.

Julie Margaret Hogben is a writer who lives in Los Angeles.

Daniel Jones is the editor of Modern Love.

Modern Love can be reached at [email protected]