But an eye-opening new study has actually confirmed that young children are "just tiny apes" who share exactly 96 per cent of their mannerisms with monkeys… and we're not in the least surprised. 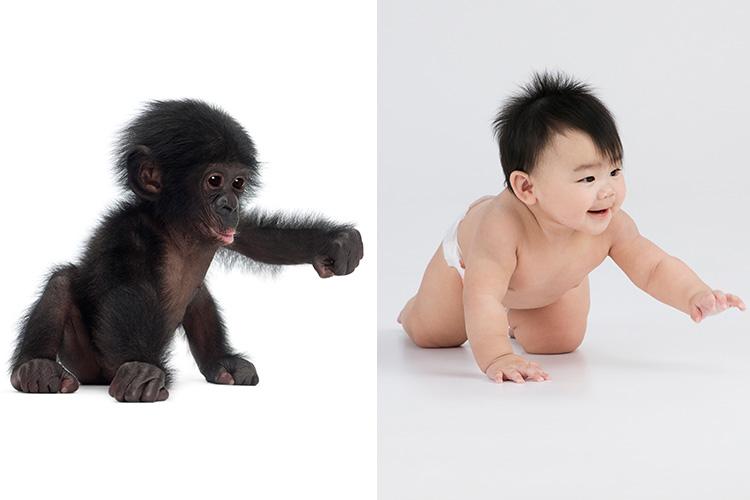 Researchers at the University of St. Andrews in Scotland found that toddlers use a variety of gestures similar to chimpanzees and gorillas when they're first learning to communicate.

From stamping their feet to shaking their heads, the study (published in Animal Cognition) found that children aged between one and two years old rely on precisely 52 gestures to convey their emotions.

And out of these movements, 50 of these gestures are also shared with apes.

So before children have learnt to communicate their needs through language, it now appears they rely on our evolutionary past to get their feelings across. 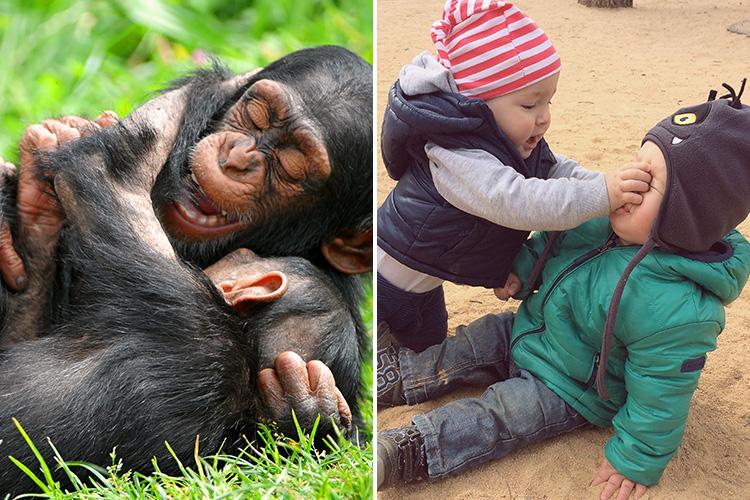 And considering hitting themselves, poking other people, and throwing objects were among the shared list of gestures, the similarities between toddlers in their terrible twos and actual monkeys will come as no surprise to exhausted parents the world over.

Dr Catherine Hobaiter from the St Andrews School of Psychology and Neuroscience said: "Wild chimpanzees, gorillas, bonobos and orangutans all use gestures to communicate their day-to-day requests."

But before this groundbreaking new research, young children have never before been directly studied in relation to apes. 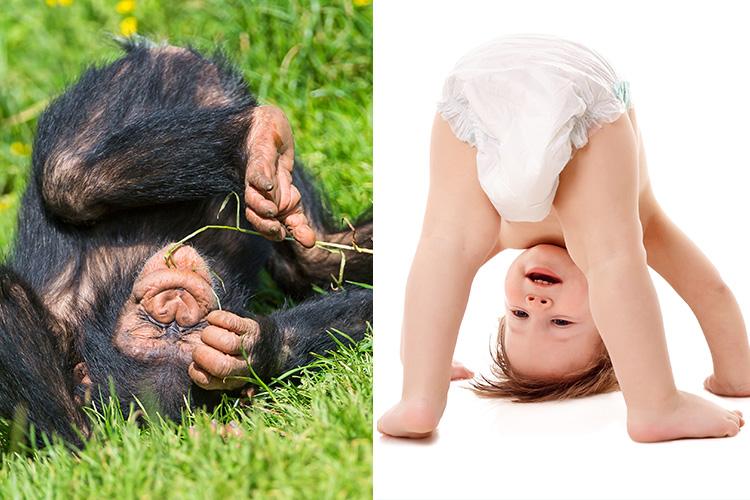 Examining children in both their nursery and home environments, researchers then compared the toddlers' gestures to those used by chimpanzees in their natural habitat in Uganda.

And while apes have over 80 gestures which they use to communicate with each other, researchers were surprised by the overlap between young tots and chimpanzees.

For instance, both toddlers and chimpanzees rely on specific gestures to indicate they want attention. Sounds familiar. 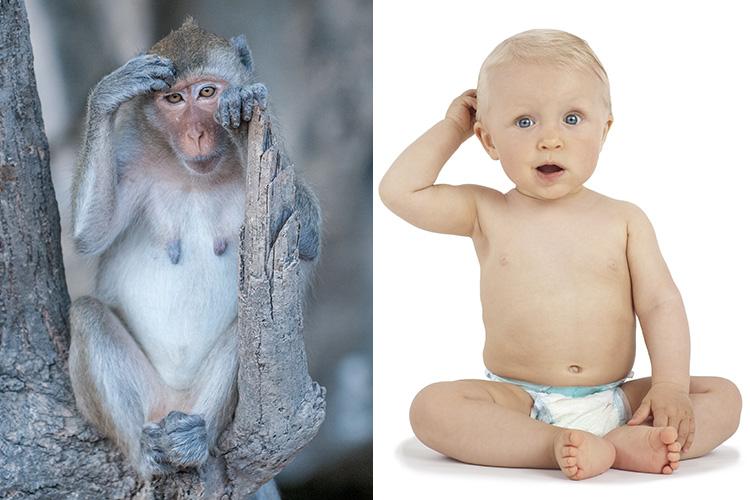 What's more, young children also depend upon certain movements (such as touching a person's face) to communicate when they want to be picked up or followed just like monkeys.

Dr Hobaiter said: "We thought that we might find a few of these gestures – reaching out your palm to ask for something or sticking your hand up in the air – but we were amazed to see so many of the 'ape' gestures used by the children." 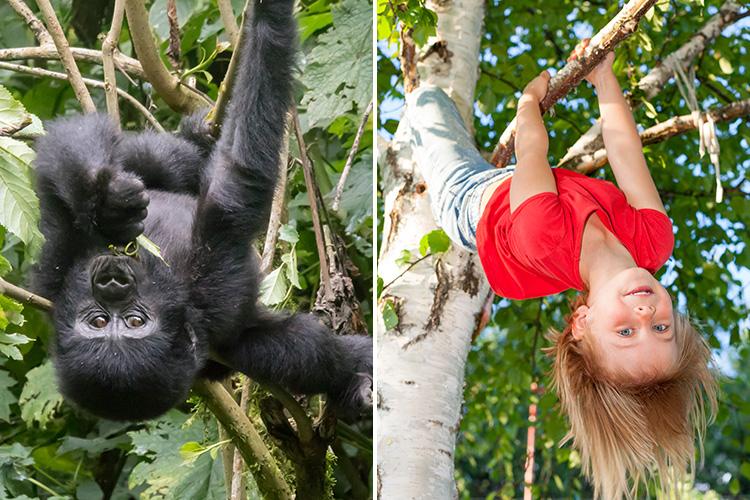 But the one gesture that remained uniquely human?

Other than that, we see no other difference between our terrible tots and a monkey tbh.

In even more parenting news, this mum who is "addicted" to being a surrogate is called "brave" and "amazing" by This Morning viewers – as she prepares to give birth to fourth baby for another couple.

Plus this eight-month pregnant woman has the BEST response to a commute who won't move his bag so she can sit down.

And mum of baby boy born with thick locks jokes her son's hair is "bigger than he is"… and she's NOT going to cut it.