It was a double whammy of joy for Peter Davies when Laura Curtis, 35, asked him to marry her in Yeovil, Somerset at the weekend and her daughter asked him to formally adopt her. 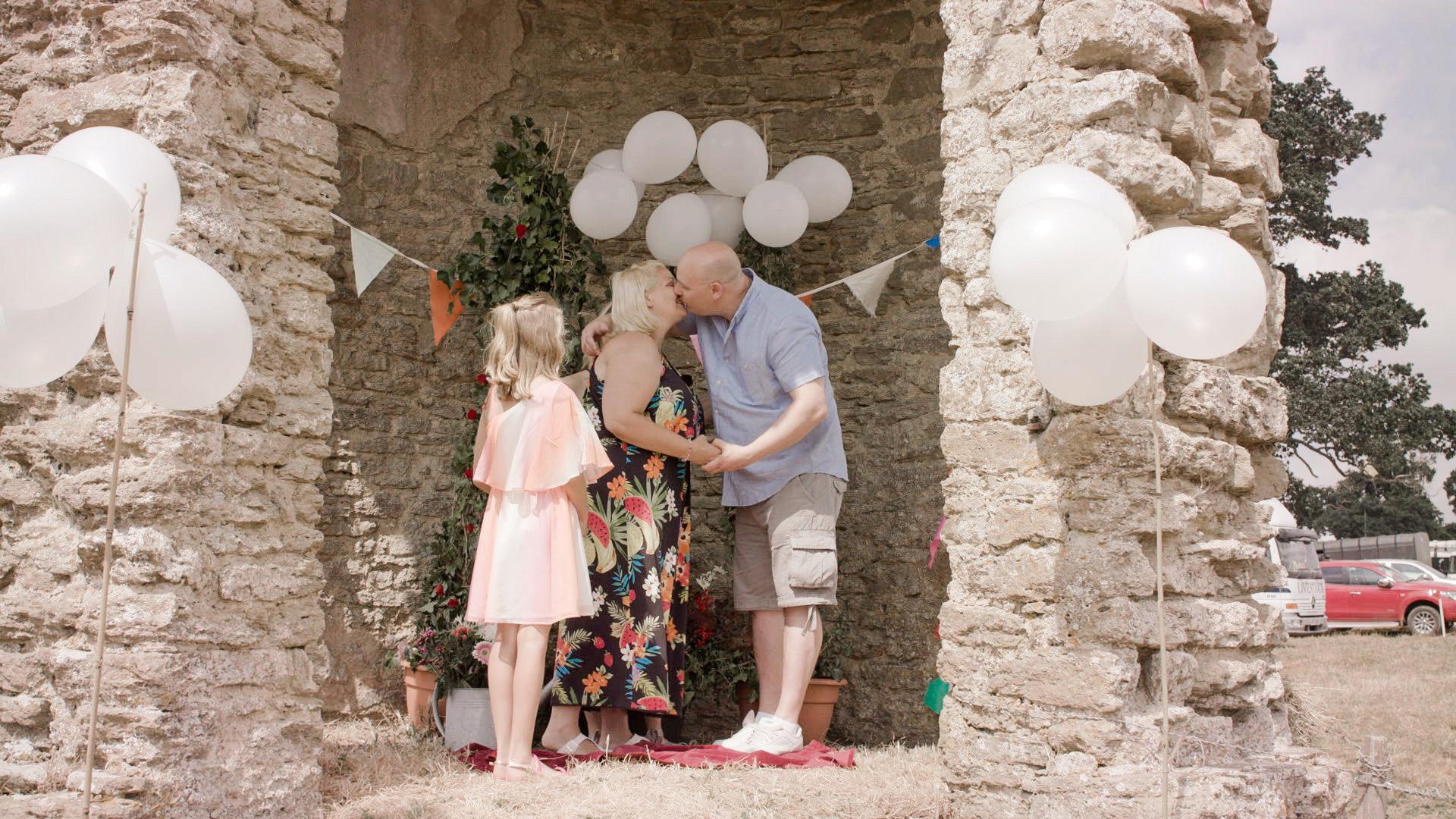 Peter was visibly moved, embracing Madison, 13, as a delighted Laura looked on.

The joint proposal was particularly meaningful for the couple – who hail from Gillingham, Kent – as they've had to deal with a number of difficult events.

A botched operation left Laura on crutches, sidelining their plans to get married. 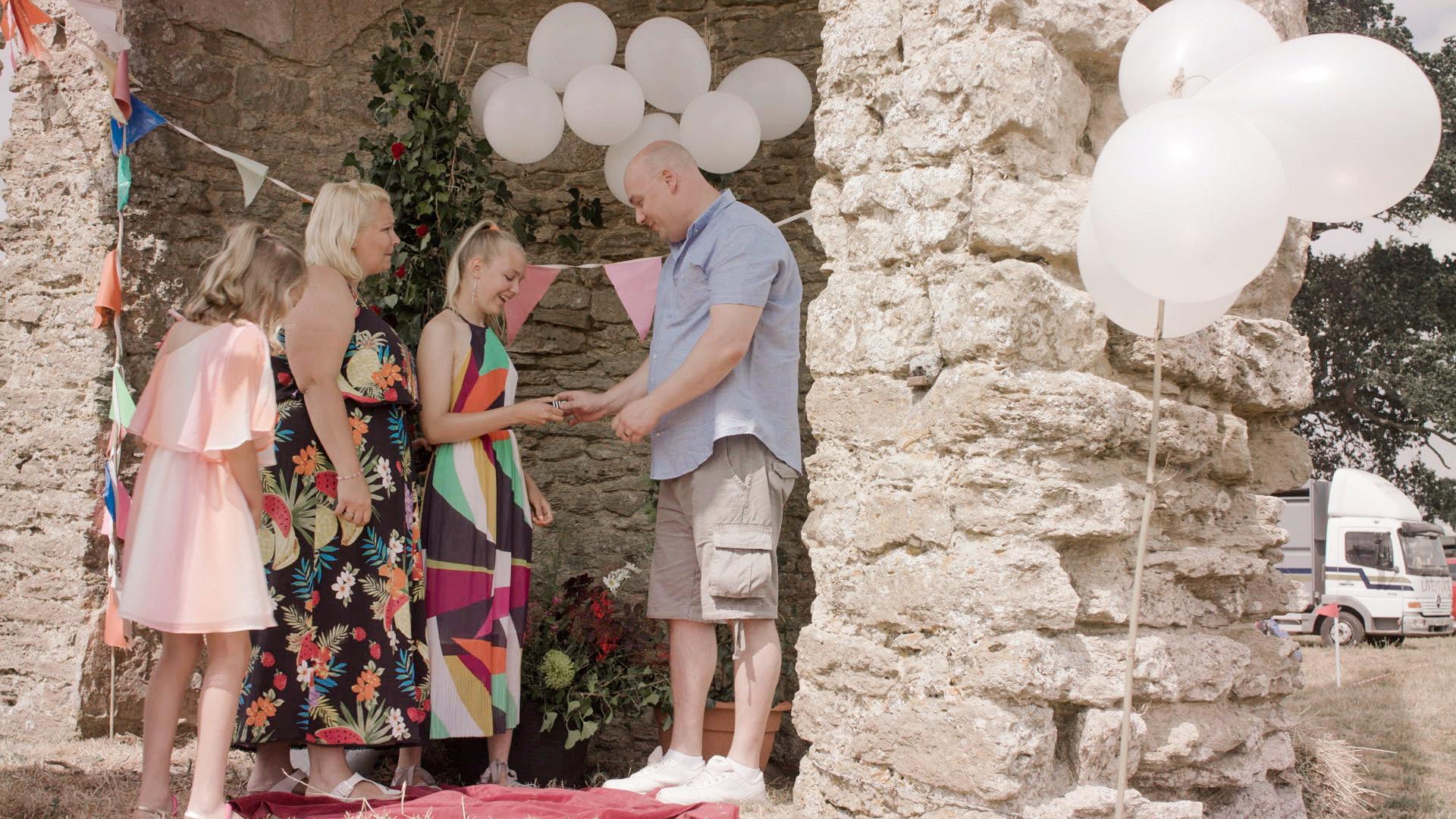 But when she read that the organisers of agricultural show the Yeovil Show were looking for someone to make use of its historic Rose Tower for a marriage proposal, she saw it as a brilliant opportunity.

The 19th century tower was the perfect romantic setting for such a special occasion.

And it was all very well-planned.

The family – along with daughter Savanna, nine – posed for a photograph before Laura broke tradition to ask for Peter's hand. 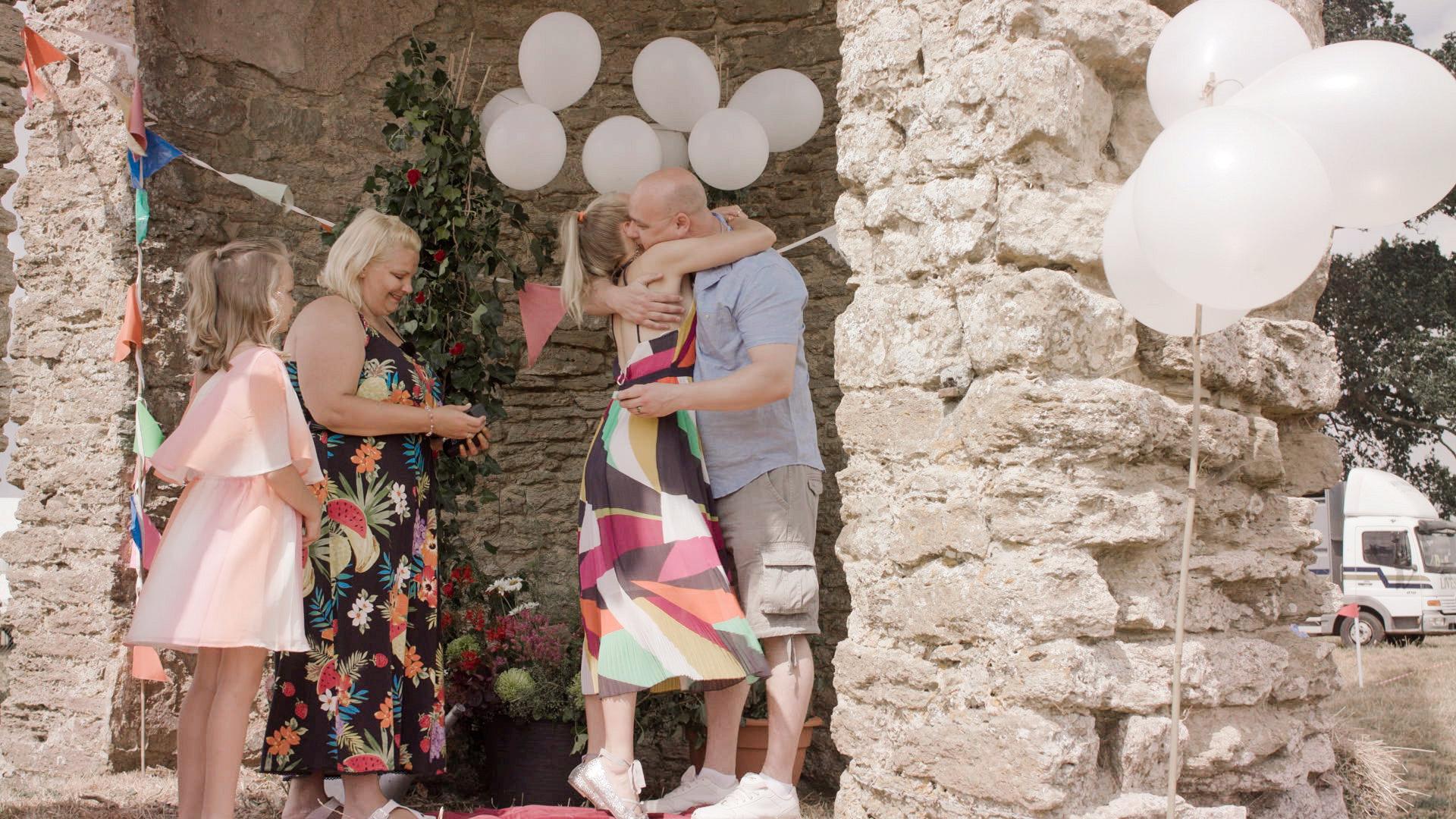 She said: "These past few years have been so hard for us and I feel blessed to have you by my side.

"No matter what mountain we have to climb, or whatever battle we have to win, I want you by my side."

Event director Sam Mackenzie Green said: "The Rose Tower is a folly that has never served any particular purpose, other than to look very beautiful.

''We really wanted to put it to good use at Yeovil this year and we and may even look at applying for a wedding licence for it in the future." 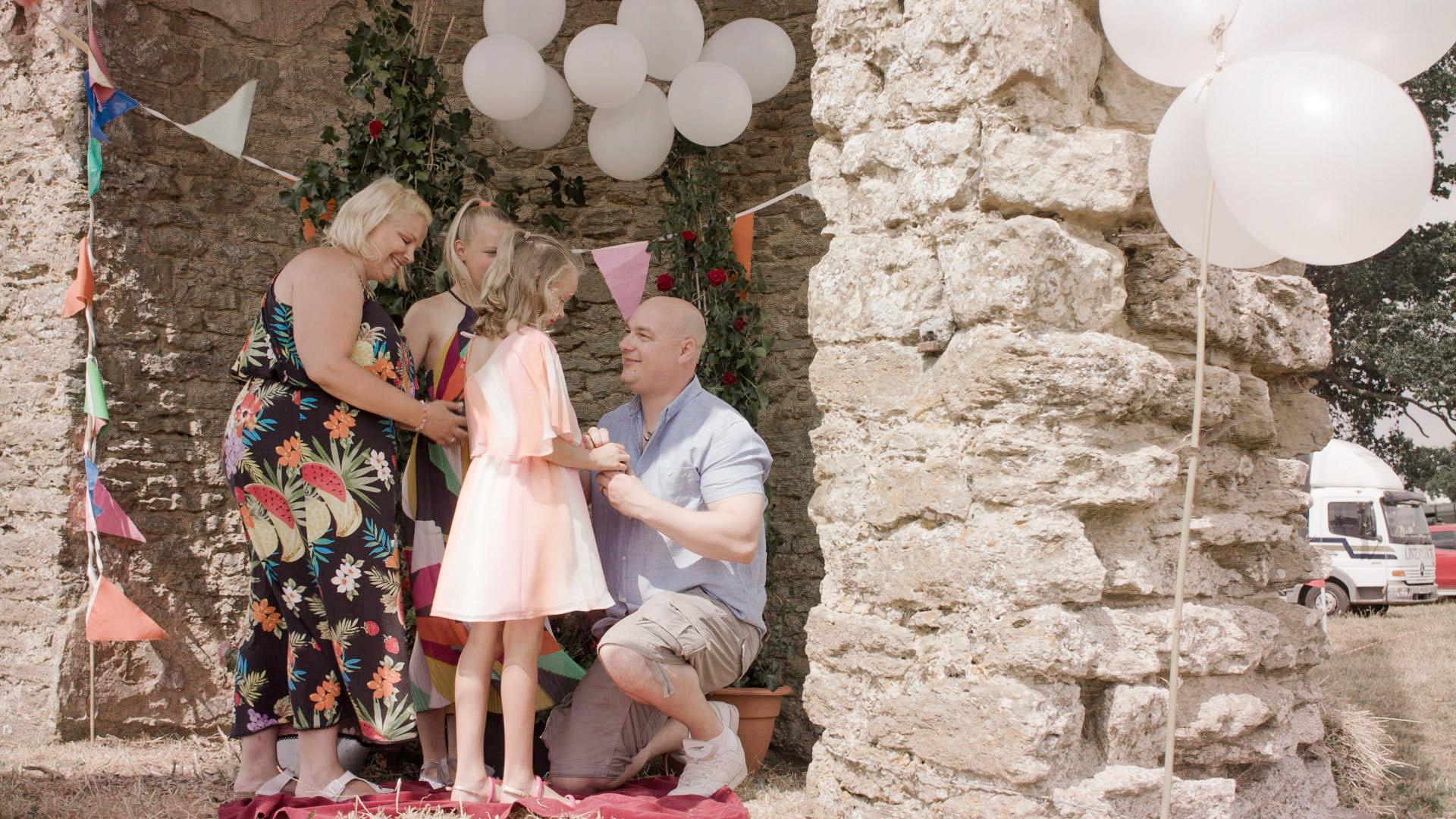 The tower is one of four follies in Barwick Park, Yeovil and is thought to date back to 1820.

Organisers lined the tower with white balloons and colourful buntings to match the girls' summer outfits.

Want more real-life wedding stories? This husband surprised his wife with a second ceremony after a heartbreaking miscarriage ruined their first.

A woman married her boyfriend even though they'd broken up – because she didn’t want to let her family down.

And meet the woman, 27, who's dating a man 28 years her senior. She says she loves his 'wrinkles and muscular physique'.