A WOMAN who cuddled a stranger's son during a stressful flight has been labelled an "angel" for her touching gesture.

Mum Becca Kinsey, from Dallas, Texas, was "on the verge of tears" when she boarded the plane with her sons James, two, and Wyatt, five. 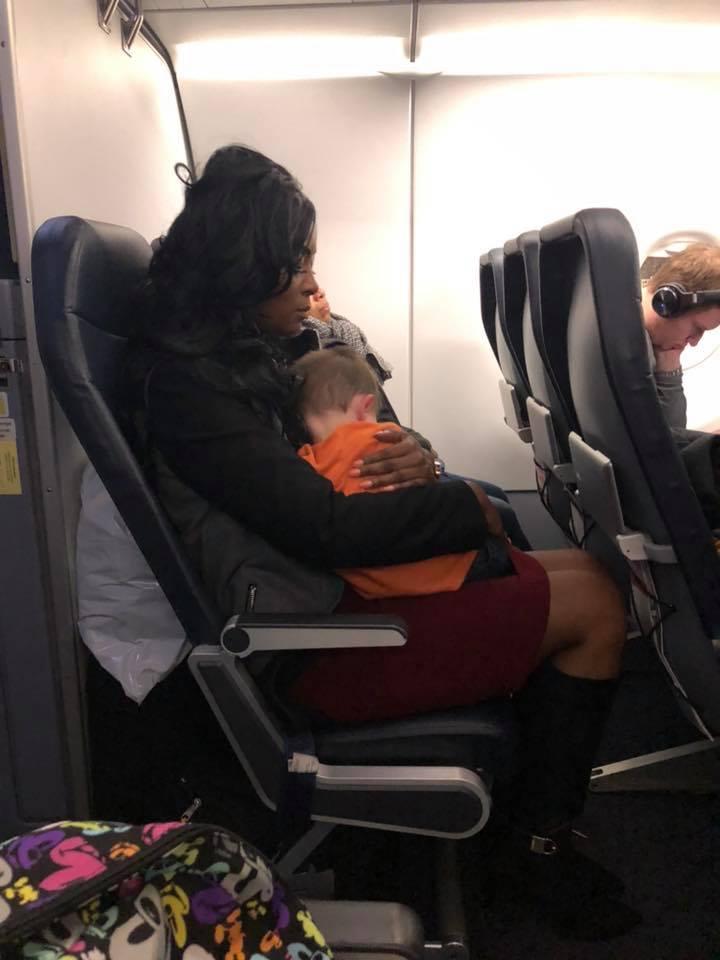 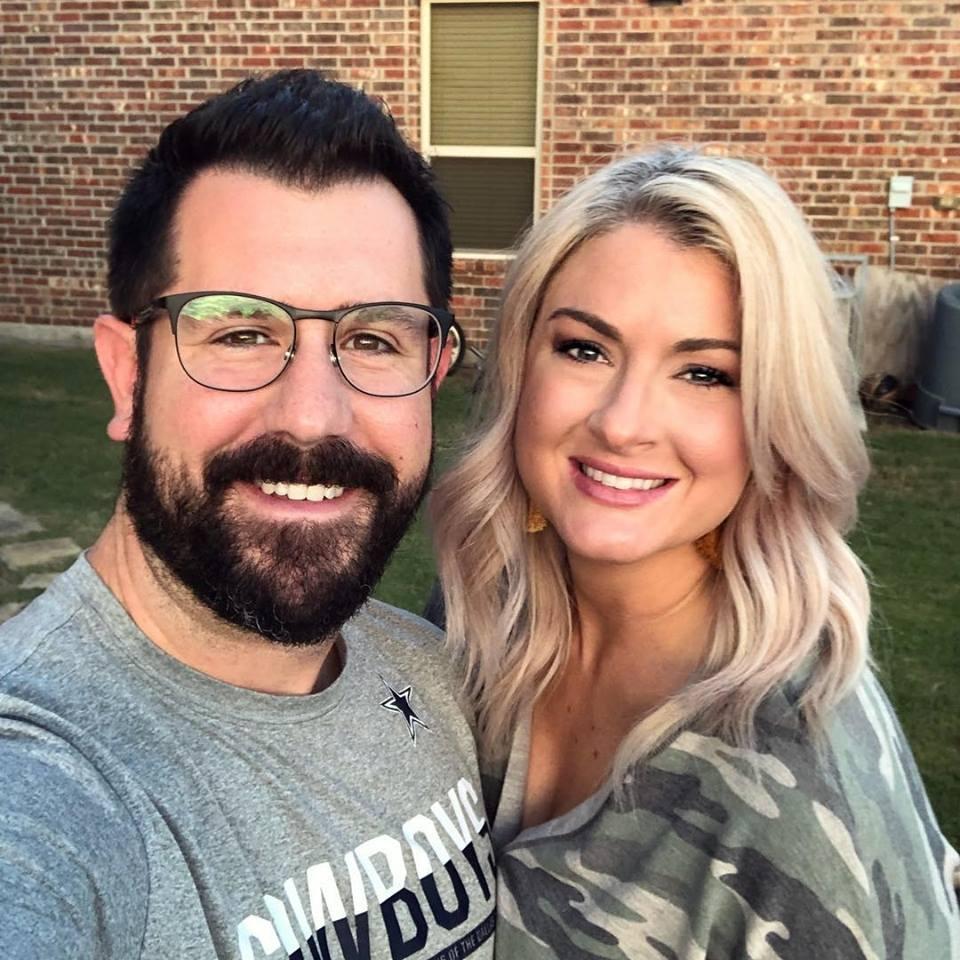 The family were travelling without Becca's husband Blake and the journey wasn't the easiest because "Wyatt was screaming and James was exhausted".

Posting on Facebook last year, Becca reveals she was moved by three random acts of kindness during the flight, starting with one mum who let them skip the queue at security.

She wrote: "Out of the blue, one mom stops the line for security and says 'here, jump in front of me! I know how it is!'

"Wyatt fell asleep and I was trying to carry everyone’s carry-on when another mom jumps out of her place in line and says 'hand me everything, I’ve got it'.

"When I said thank you to both of them they said 'don’t you worry, we’re going to make sure you get on that flight.'

"The second woman takes evvvverything and helps me get it through security and, on top of all that, she grabs all of it and walks us to the gate to make sure we get on the flight." 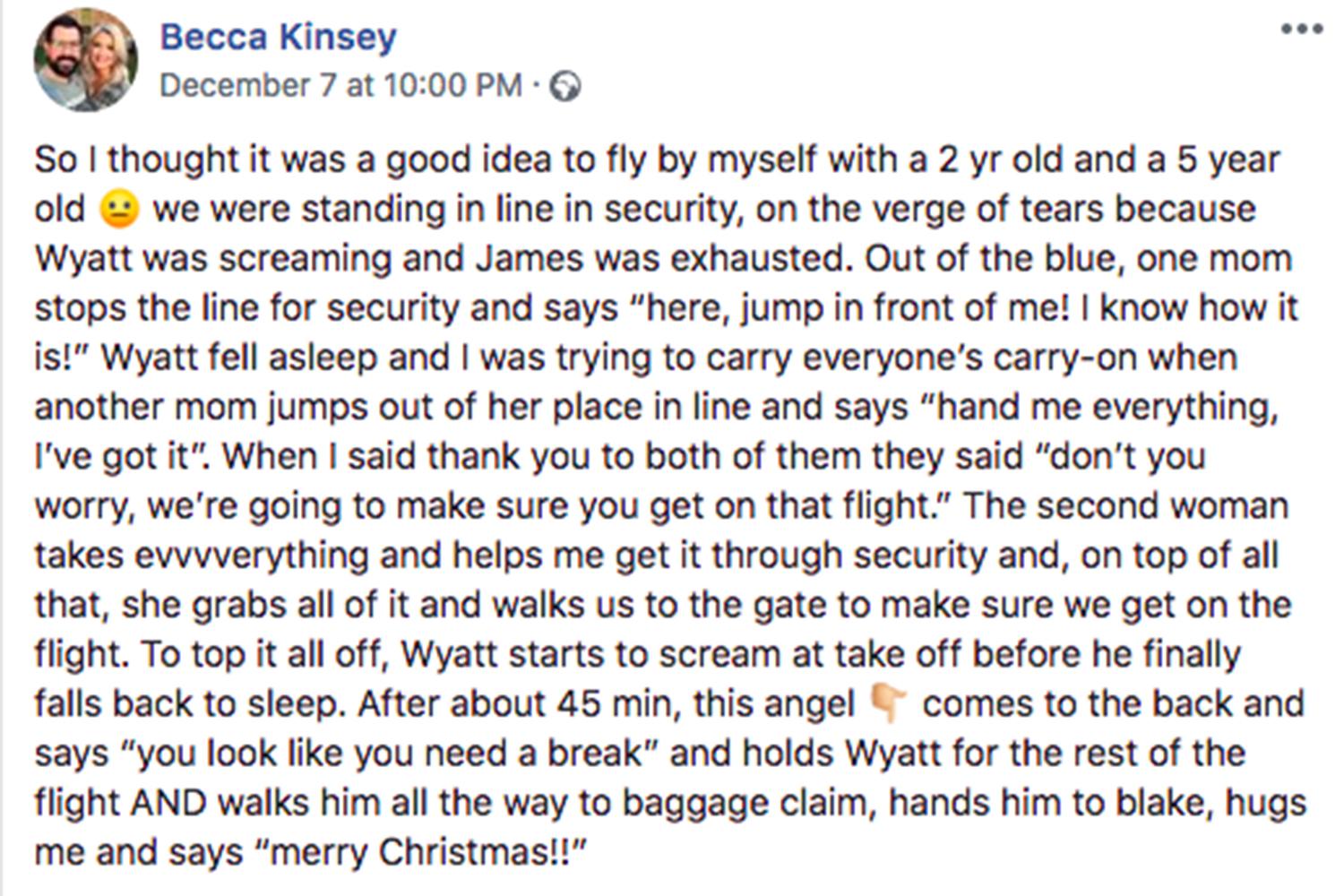 But the most touching gesture came 45 minutes into the flight, when Becca was at breaking point.

Sharing a pic of her guardian angel, Sarah explained: "To top it all off, Wyatt starts to scream at take off before he finally falls back to sleep.

"After about 45 min, this angel comes to the back and says 'you look like you need a break' and holds Wyatt for the rest of the flight AND walks him all the way to baggage claim, hands him to blake, hugs me and says 'merry Christmas!!'"

Commenting on the post, people wrote: "Wonderful story!", "There's actually some good people left in the world!" and "You are blessed."

In related news, a first class passenger who gave up seat for mum and her sick 11-month-old daughter has revealed he ‘teared up’ after seeing ‘tiny’ baby’s ‘oxygen machine’.