Brooke Wilson, 23, was on her period when she started to get a sore, swollen throat. 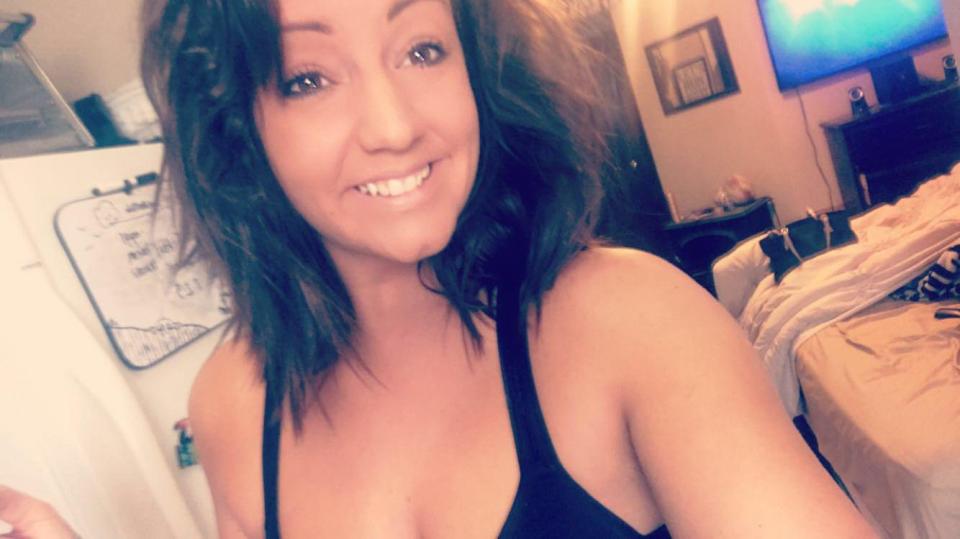 Thinking she was just coming down with a cold she didn’t worry too much, but overnight in July 2014 her symptoms worsened.

Though she had taken her tampon out the day before, Brooke woke with a 41C temperature and took herself to hospital.

But doctors turned her away saying she had strep throat, Brooke said.

She stayed in bed all day and began to experience muscle weakness in her hands and legs, diarrhoea and vomiting. 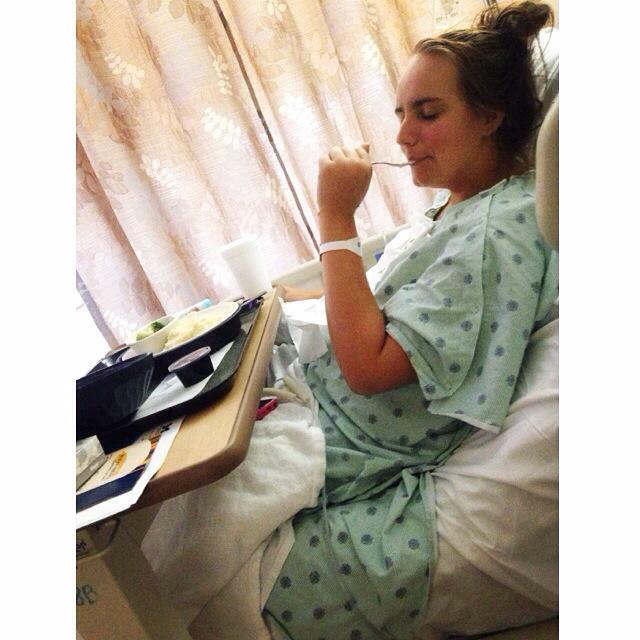 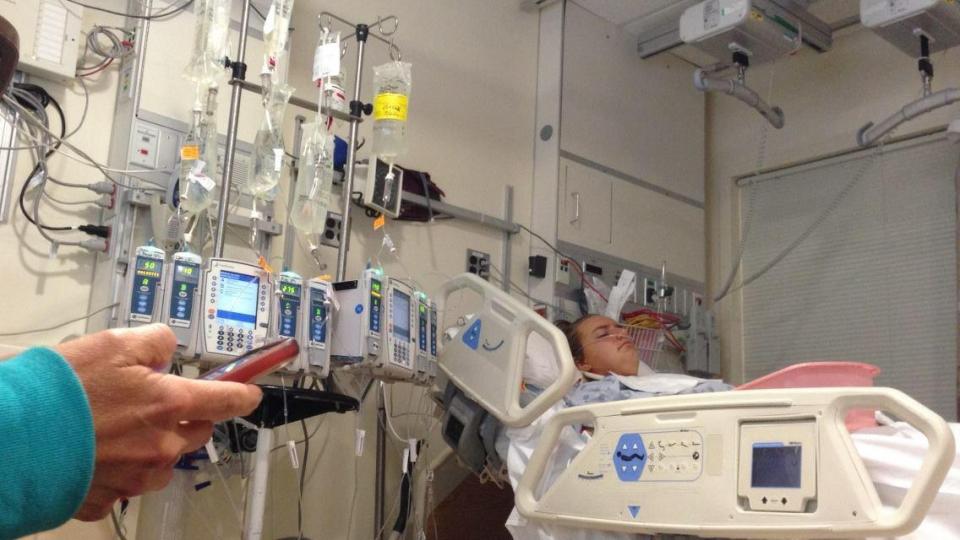 Her then boyfriend took her to A&E where she was admitted to the intensive care unit after losing consciousness.

It took another two days before she was diagnosed with toxic shock syndrome (TSS).

“When I started to feel sick, I thought I was coming down with a regular cold again because my throat was hurting and swelling.

“Overtime, it became difficult to eat and I woke up the next morning twitching and sweating with a fever of 41C. 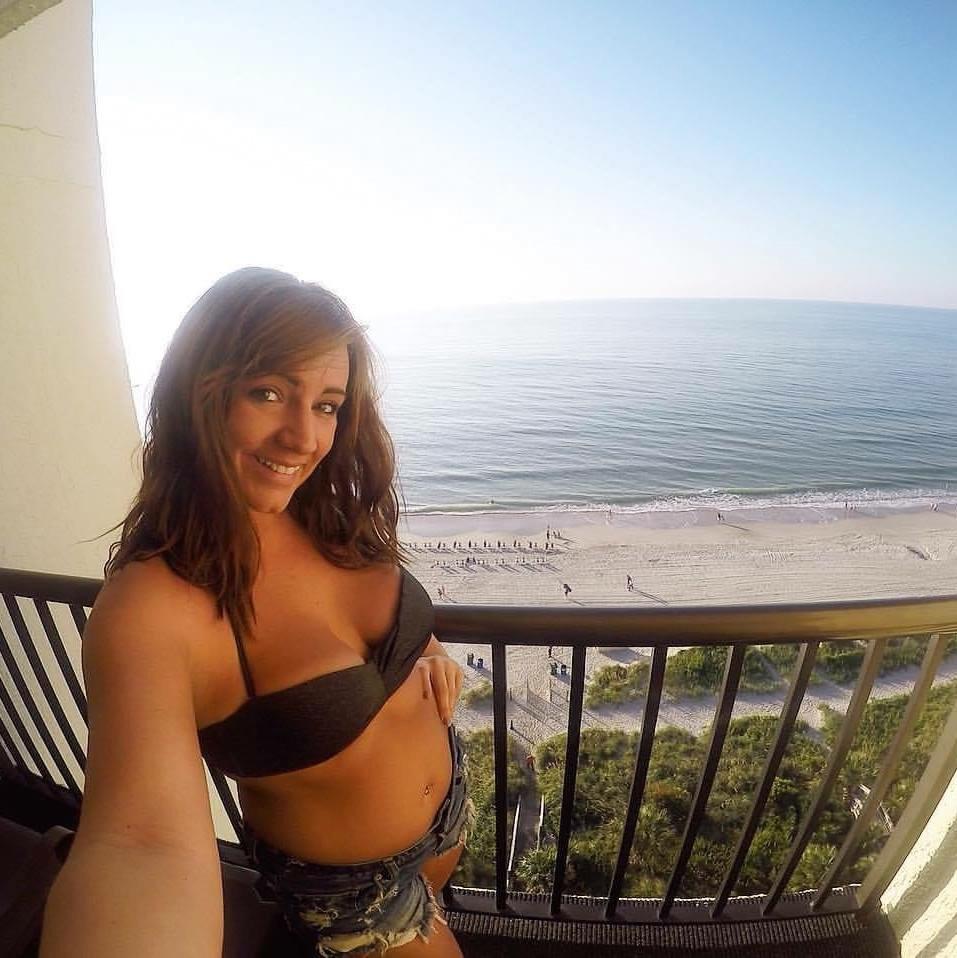 “I did everything possible to bring it down. Tylenol, a cold shower, water, cold towel on my head and nothing worked so we decided to go to hospital.

“They said I had strep throat and sent me home immediately.

HEALTH CHECK What is toxic shock syndrome, what are the symptoms and is it caused by tampons and menstrual cups?

“I went back home and laid in bed all day

“I had to use every last ounce of energy to pull myself up onto the toilet because I couldn’t walk anymore. When you get TSS you get confusion, so obviously that didn’t click as a red flag in my mind.” 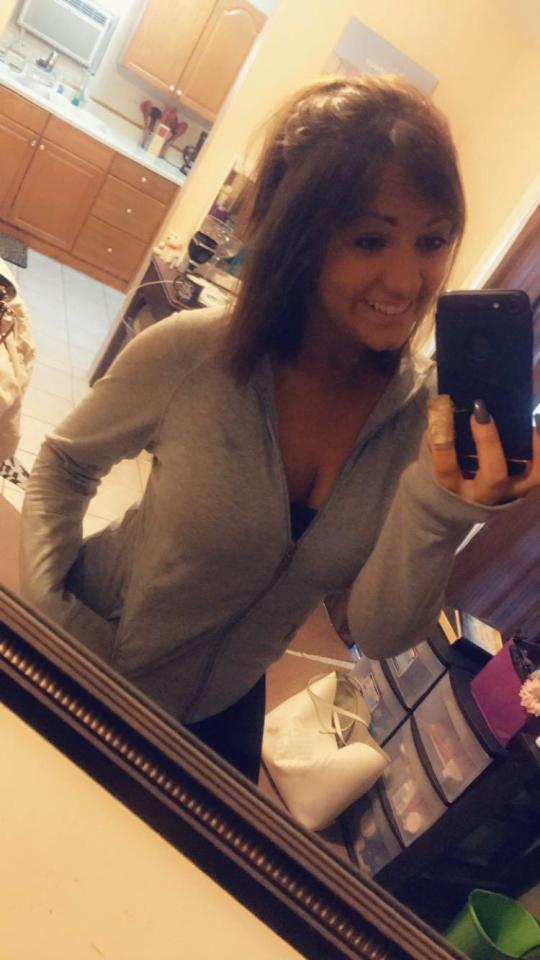 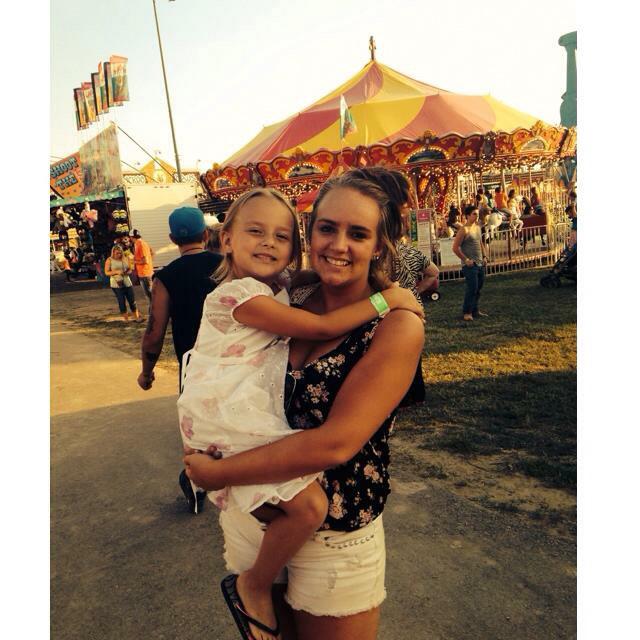 In the A&E Brooke, from Michigan in the US, struggled to hold her own head up and drifted in and out of consciousness.

“As I sat in my wheel chair, pale skin and eyes rolling back, I could feel myself fading in and out and told my boyfriend we have to go back there now or we’re leaving,” she recalled.

“I’m dying. Then the lady up front picked me out of everyone and said ‘bring her back now’ they checked my vitals and everything was gradually failing.

“The doctors were trying so hard to find out what was wrong with me, but they continued to give me antibiotics and bags of fluid because I had severe dehydration." 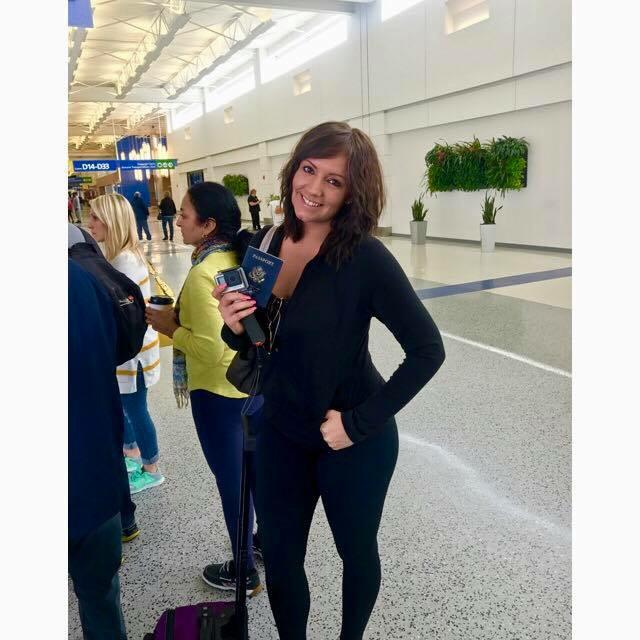 It wasn’t until a nurse, who had seen a similar case 20 years ago, recognised a sun burn-like rash between Brooke’s legs that she was diagnosed with TSS.

“She’d been an ICU nurse for twenty-five-years and remembered back in the eighties when toxic shock syndrome was high back then,” Brooke said.

“She immediately told someone. They all came to see and they finally found out what was wrong because no one ever saw this type of situation.”

Brooke was kept in hospital for six days and felt terrified to leave.

“Recovery was scary because I was scared to be back home wondering if it was going to flare up again,” she said. 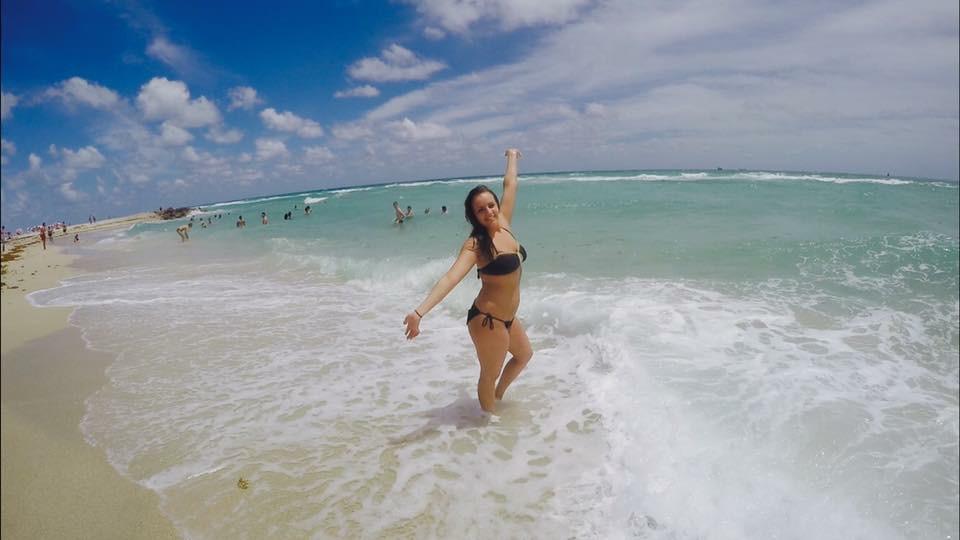 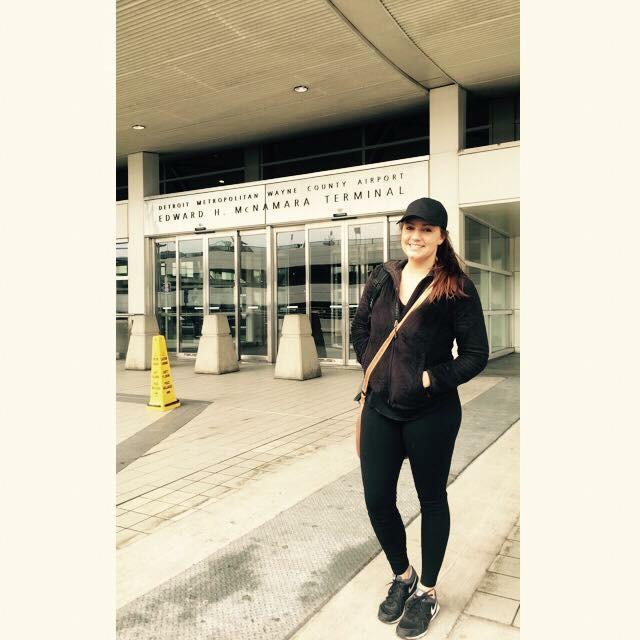 “I decided to stay at my mum’s for the week so she could keep an eye on me and help me take the different medications I needed.

“I required tons of rest and I had to take a month off of work.

“I was traumatised. I had nightmares and was always paranoid when having my monthly cycle.

“Even though I can’t wear tampons anymore just pads, it took me years to reach a comfortable state to tell my story and not get upset.

“They told my mom that I was knocking at death’s door and to be prepared for the worst. But I won this battle and want other women to win it as well.”

Now Brooke is sharing her story in the hope it encourages other women to be safe when it comes to using tampons.

“This is something women put themselves at risk every single month and simple knowledge of it can save your life,” she added.

“Be aware of the symptoms and listen to your body.

“Your body is always telling you something so get to know it. Understanding these symptoms and being tampon smart is a must for women,” she said.

“My mum warned me of TSS and the information on the side of the box that none of us cares to notice but I was the typical girl who thought that it wouldn’t happen to me.

“I meet women all the time including my own friends that have the same reaction when I tell them I got TSS – they can’t believe that it actually happens.”

A RARE CONDITION THAT CAN BE CAUSED BY TAMPONS

Toxic shock syndrome is a rare but life-threatening condition.

It's triggered by bacteria getting into the body, and releasing harmful toxins.

The condition is typically linked with tampon use in young women, but it can affect anyone of any age.

TSS gets worse rapidly, and it can be fatal if it's not treated properly and quickly.

What are the signs you could have TSS?

The symptoms of TSS can start very suddenly, and get worse in a very short space of time.

– a high temperature of 39C or above

– flu-like symptoms, such as a headache, chills, muscle aches, a sore throat and a cough

– feeling and being sick

– whites of the eyes, lips and tongue turning bright red

In some cases a person will also have a wound on their skin where the bacteria entered the body.

When should you see a doctor?

TSS is a medical emergency, if you suspect you have the symptoms, contact your GP or call NHS 111.

If your symptoms are severe go to your nearest A&E department.

Can TSS be treated?

If you have TSS you will need treatment at hospital, in some cases in intensive care.

Most people will start to feel better in a few days but it may be several weeks before you are strong enough to leave hospital.