Twitter Is Freaking Out Over Timothee Chalamet's Latest Look 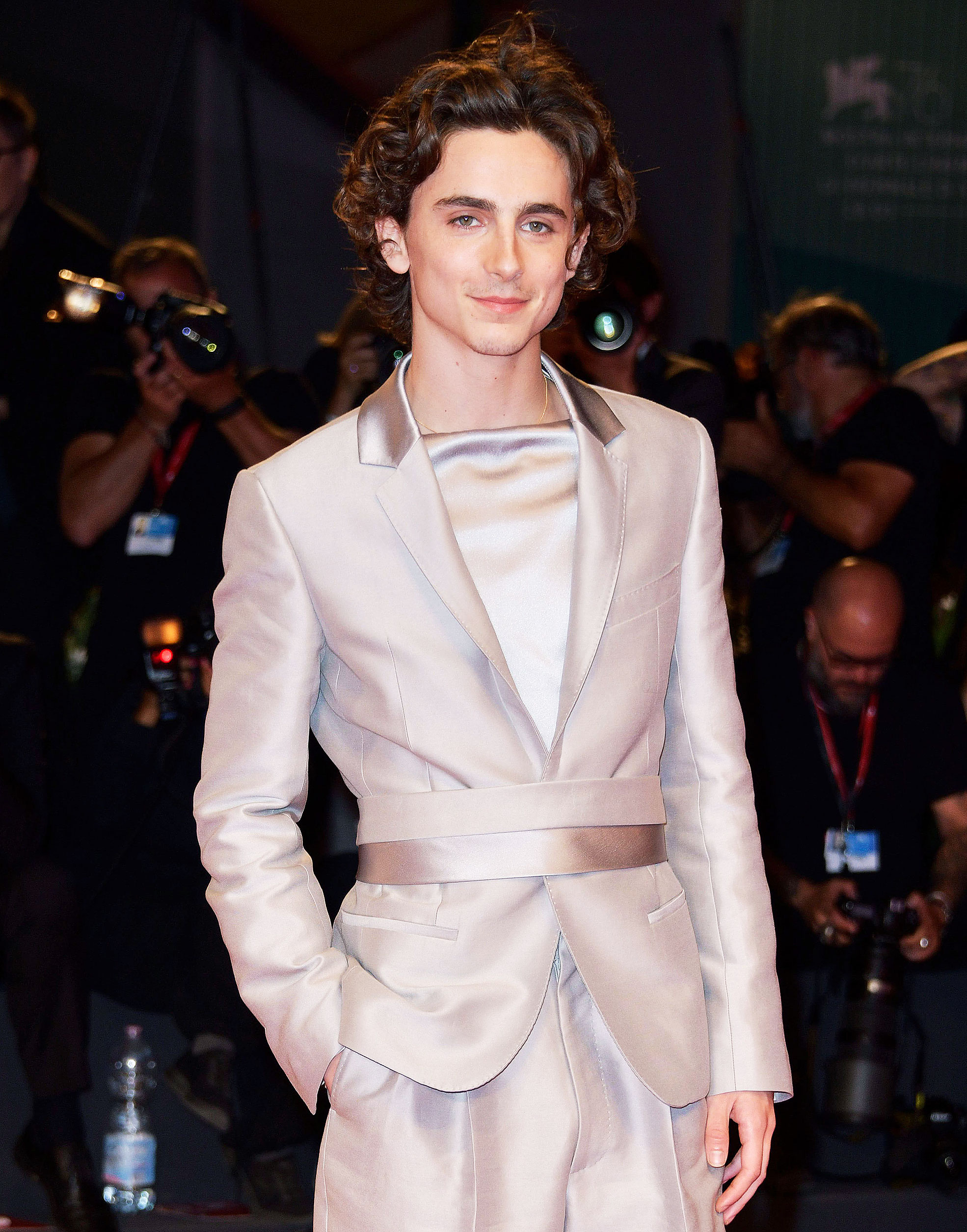 Everything You Need to Know About Ellie Goulding’s Bespoke Chloé Wedding Gown — and the 3 Others She Debuted for the Big Day!

The actor debuted a head-turning monochrome look by one of his go-to designers, Haider Ackermann. For the red carpet event, Chalamet wore a fitted silver blazer from the spring 2020 menswear collection with a matching silk undershirt, styled with two belts that cinched at the waist. To complete the ensemble, he rolled up his pants at the ankle to show off his shiny black boots.

And we can’t help but mention his hairstyle, which also helped complete the stellar fashion moment. His curly locks were tousled and styled behind his ears with a few stray pieces falling onto his face. Quite frankly, the 23-year-old killed it.

Obviously, Twitter had feelings about the bold look, too. “Timothée is BEST DRESSED at Venice film festival!!! Timmy in those 2 neutral chic Haider Ackermann lewks were just *chef’s kiss* perfection! SLAY,” wrote a passionate fan. Another stated, “I refuse to believe that Timothée Chalamet is real.” Then there were those many, many puns about how Chalamet was the “King” of the red carpet. 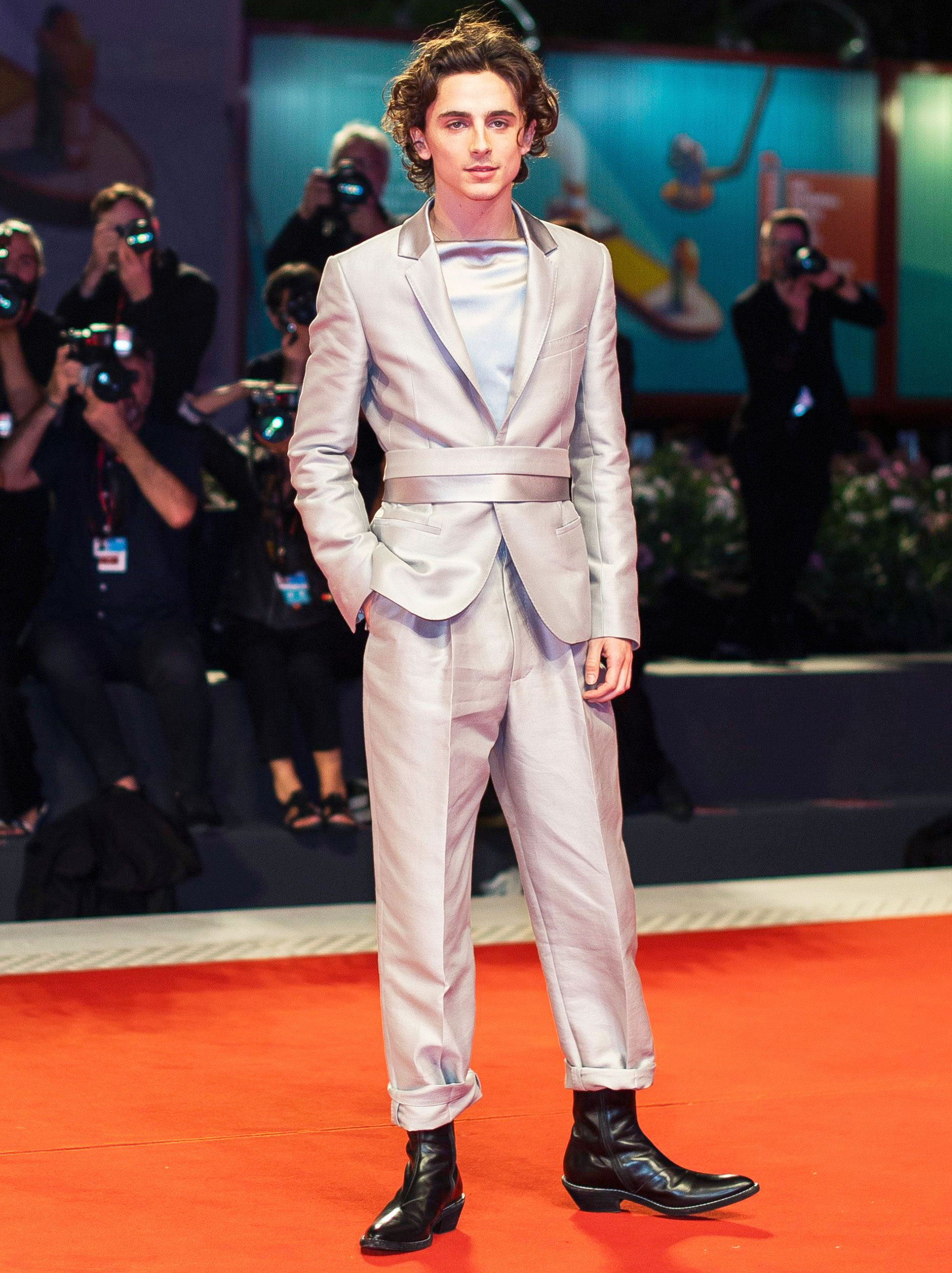 Cheetos Is Hosting a Fashion Show at NYFW — Plus a Style Bar Complete with Snack-Inspired Manicures, Makeovers and Hair Styling

The young actor was joined by The King co-star and rumored fling Lily Rose Depp, who wore a light pink Chanel dress that flawlessly complemented Chalamet’s silver ensemble. The two may or may not be a couple, but either way, they couldn’t have looked better together!

We must note that this isn’t Chalamet’s first time creating an iconic, Internet-famous fashion moment. He’s never been afraid of wearing statement-making pieces, two of our favorites being the Haider Ackermann leopard-print metallic suit jacket he wore to the BAFTAs in February or the floral Alexander McQueen suit jacket worn to the premiere of Beautiful Boy in 2018.