At the inception of Gregory Swistel’s abbreviated career as a bartender in New Orleans, in May 2016, Molly Franichevich strolled into his bar. She ordered a lemon drop, a concoction of vodka and lemon juice, essentially. It was the very first cocktail he had put together.

A week later, she went back to that same bar, and this time he was working the door. They chatted for a while and exchanged numbers. And then began his monthslong effort to get her to go out with him.

“He asked me out a few times and I didn’t say yes,” she said.

“I just thought we had a real spark,” he said. “And it wasn’t like she was rejecting me. She was keeping me on the hook.”

She was leery that he was younger — she is now 29, and he is 27 — and also was a little put off that he was still in college at Tulane.

“He was still in his college mode, whereas I was ready to not be around all that stuff,” she said. “I didn’t know if it was serious or not.”

But she thought he was cute, so she didn’t entirely brush him off, and about two months later, she finally agreed to go out with him.

“He was just so persistent,” she said. “He kept asking, and I thought he really must be very interested. That was impressive.”

On his way to pick her up for that date, he detoured to help another friend out who was having car problems. The stop left him with dirtied clothes, but maybe a bit of a halo. 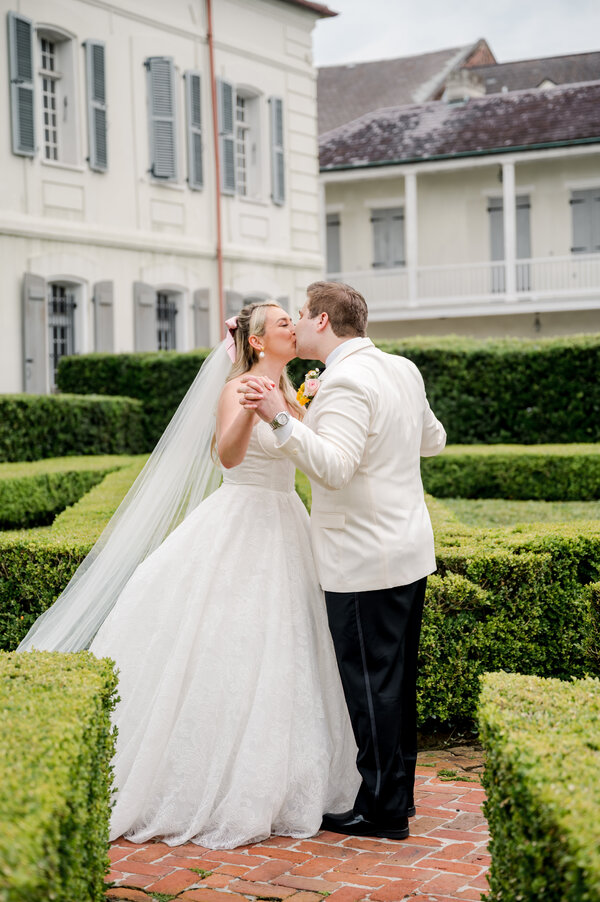 “I guess I was just procrastinating,” Mr. Swistel said.

But the date, at a New Orleans nightspot called Chais Delachaise, lasted for hours and became the first entry in a list the couple has since kept of places they have dined, now numbering about 175. (“No Uber Eats or anything like that,” Mr. Swistel said.) At the end of the evening, the couple shared a first kiss.

Ms. Franechivich, who graduated from the University of New Orleans and has lived most of her life in the city, said she realized Mr. Swistel was special within a few weeks of that first date. “We were at this bar, the Half Moon, and I remember this one moment where I was like, I really, really like this guy.”

She was impressed by his curiosity, by his work ethic and by the persistence she had already experienced. “He loves learning, he loves figuring out how anything works, he has a very good heart and he’s super loyal to the people he loves,” she said.

The two moved together to Nashville in 2019, so that Mr. Swistel, who grew up in New York, could study at Vanderbilt for an M.B.A. He now works as a corporate development manager for Freedom Mortgage, a lender with corporate headquarters in Boca Raton, Fla. Ms. Franichevich, who will take her husband’s name, sells vintage clothing online and obtained a New Jersey real estate license. The couple recently moved to Spring Lake, N.J.

Their marriage, on May 29 at St. Mary’s Catholic Church in New Orleans, was performed by the Rev. Anthony Rigoli, a Roman Catholic priest, before about 100 guests. The reception, with 220 guests, took place outdoors at the Old Ursuline Convent Museum, in a nod to the Catholic tradition in which the bride was educated.

Mr. Swistel said that while he acknowledges his persistence, it all made sense to him.

“She was just, like, really special — super nice, she’s beautiful, and very high energy,” he said. “I just felt this magnetic attraction. She’s great to talk to. From the outside it looks like a lot of effort, but once we started talking, it flowed naturally.”