REVENGE is a dish best served cold – or in this case, in the form of a necklace.

Liv, a TikTok creator and jeweller, shared the epic revenge request she received from a customer. 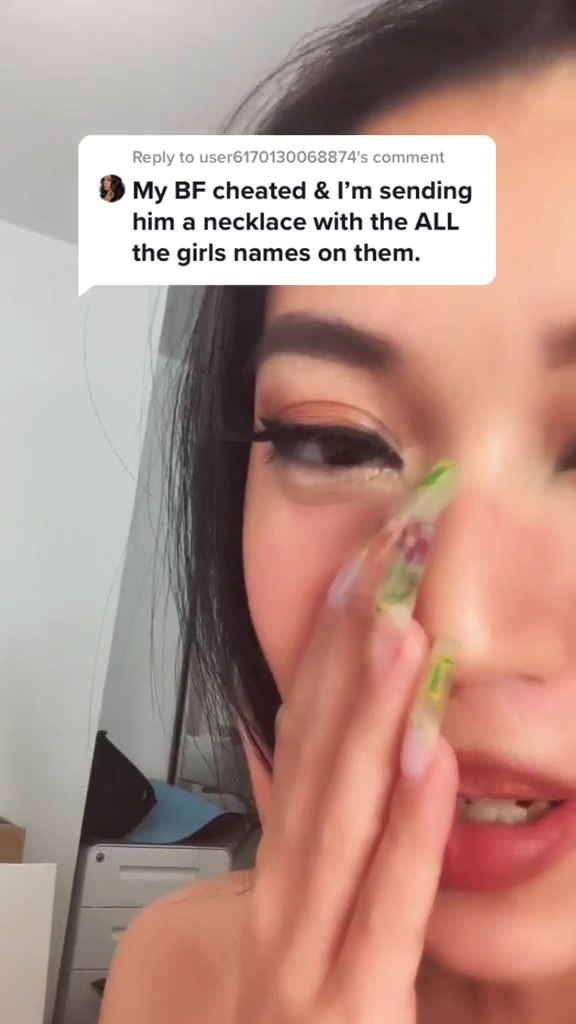 The spurned girlfriend ordered a necklace engraved with the couple’s anniversary on it.

But that’s not all the woman had in store for her unsuspecting partner.

Liv revealed that the woman had also asked for the names of the three girls the boyfriend had cheated with to be engraved on the back of the necklace.

The jeweller said: “She’s gunna give him the necklace in front of his family so that he can read it out loud.” 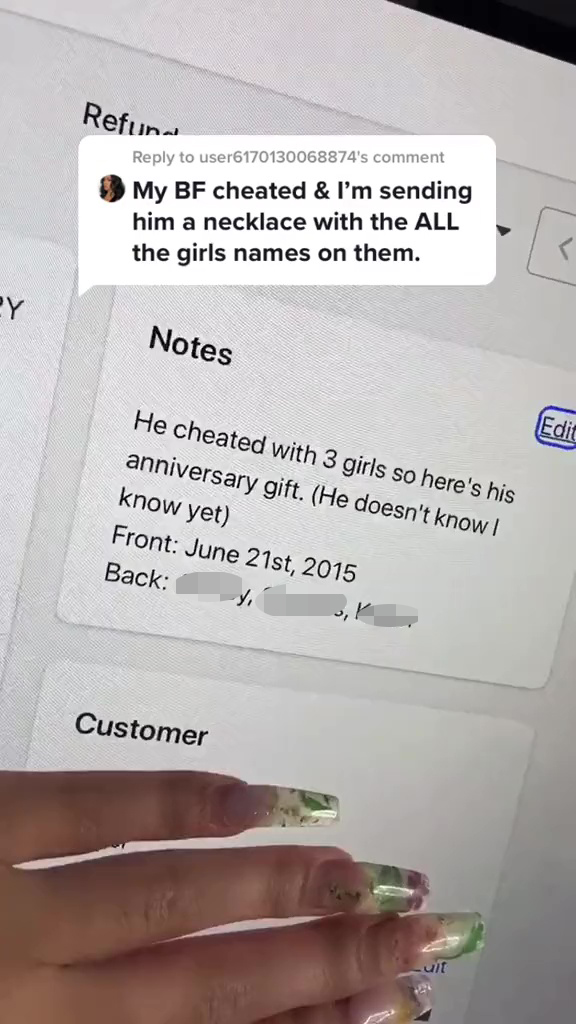 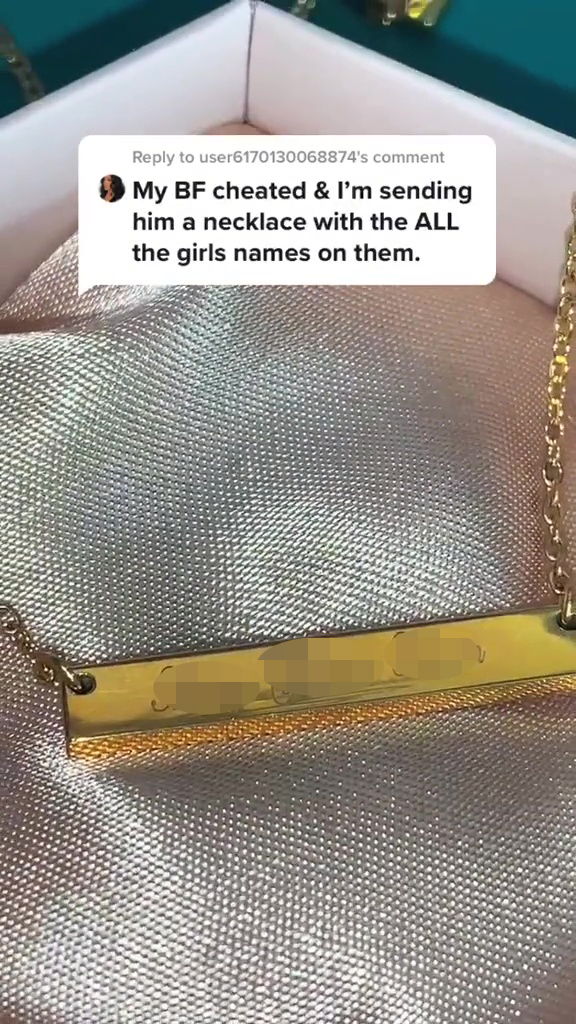 Now the cheater has nowhere to hide.

Liv also revealed that the woman treated herself to some jewellery of her own in preparation for “hot girl summer”.

She said: “She also got herself butterfly necklaces for hot girl summer and then this crystal bracelet that takes away negativity in your life.”

She’ll be needing a few of those.

The genius revenge plot sent Liv’s followers into a frenzy, praising the girlfriend for her creativity and ingenuity. 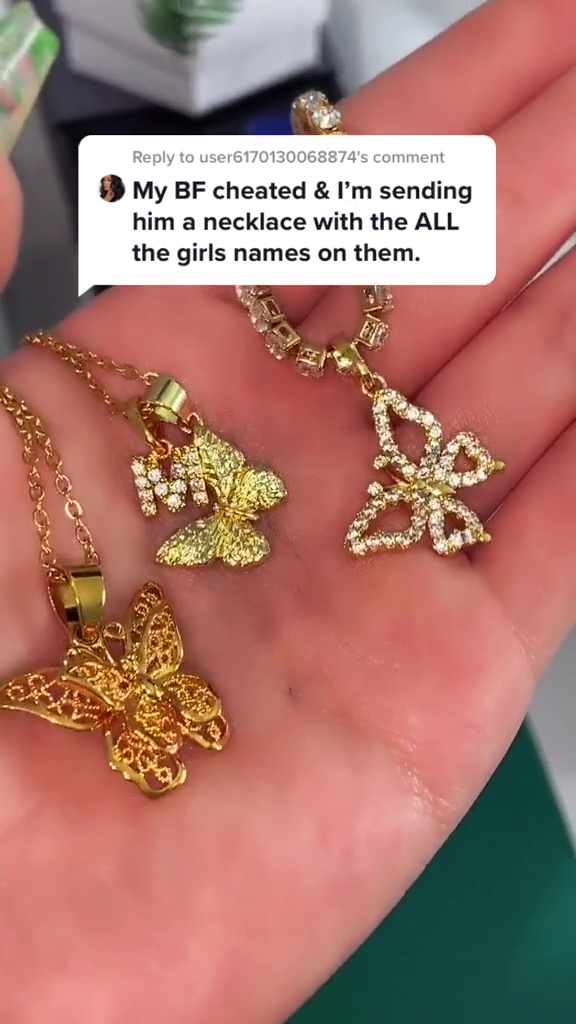 Another wrote: “I will not waste my money, might go for a dinner and receive the gift from him but then bye… this is savage tho.”

A third commented: “I love this and I hope you gave the queen a discount for that necklace! Bc girls stand with girls.”

The video has been viewed over a massive 3.5million times in just two days and has racked up over 811,300 likes.

Liv’s followers are eagerly anticipating part two of the story.

We found out our boyfriend was seeing us BOTH – so we hatched a secret plan to confront and ditch him, and became BFFs.

Scorned mum gets epic revenge on woman who ‘befriended her’ and then slept with her husband.

I tricked my fiancé into wearing a tattoo of my FACE on his stag do because I was worried about him cheating.