GORGING on McDonalds five times a week, Jessica Dotson's weight began to spiral out of control.

The "fussy eater" spent thousands on McNuggets guzzling 20 at a time with a side of large fries. 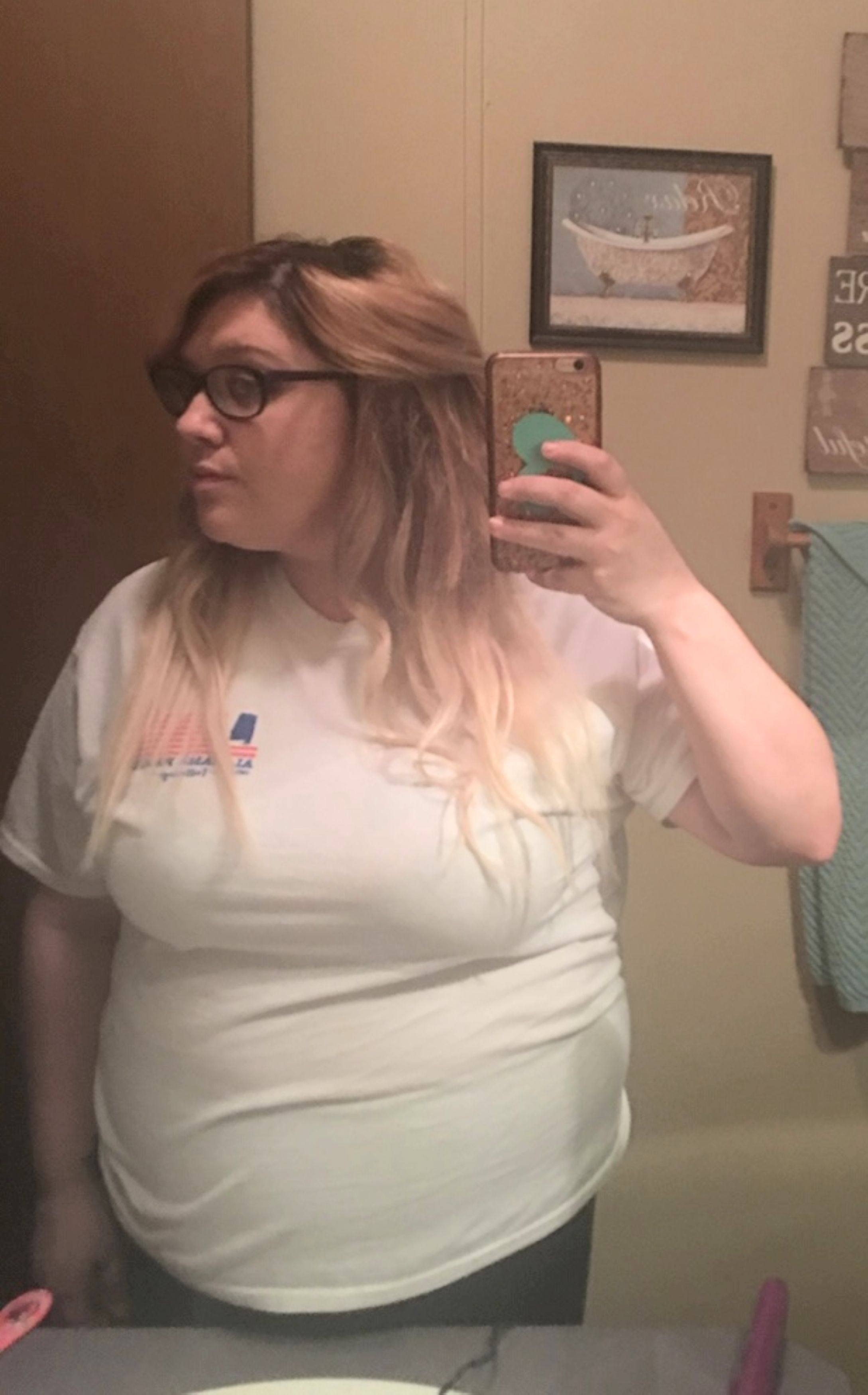 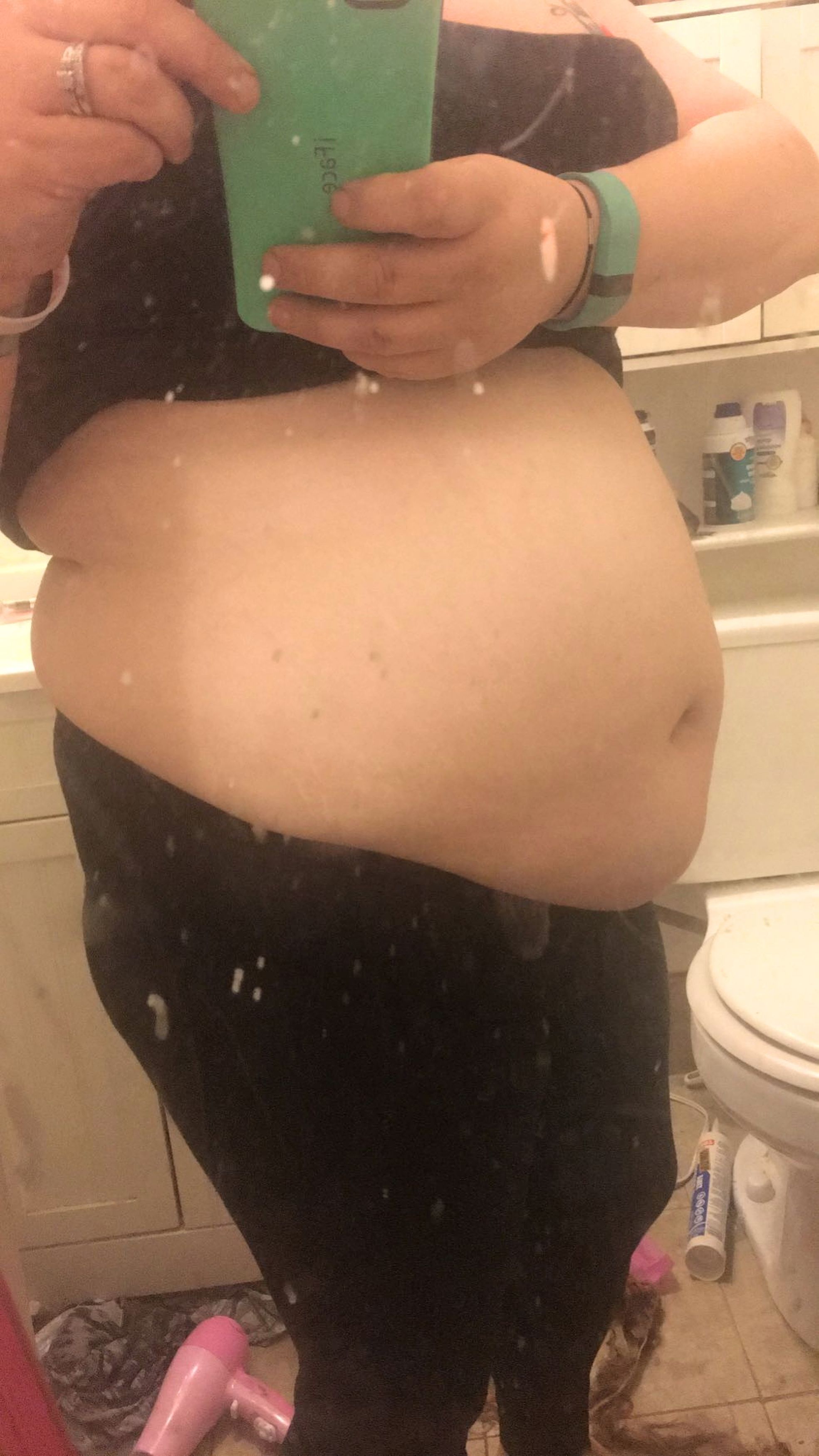 The mum-of-two said it was only after having her second baby that she realised she needed to change her ways – for the sake of her kids.

Her weight had spiralled to almost 18st and her blood pressure and cholesterol levels had rocketed.

Doctors warned the 26-year-old she was heading for a heart attack if she didn't shed pounds.

So, determined to stick around for her kids, Jessica started an intermittent diet plan in February – cutting her calorie intake in half.

And the results soon started to show, as she lost a staggering 7st in just nine months.

Jessica, from Talladega, Alabama, US, said: "I feel confident now.

"I'm not there yet because I was so big for so long.

"It's still hard to see myself as smaller. That's something I have to work on because it's a major, drastic change.

"I can do more stuff with my kids. I get more active with them, and buying clothes is a lot easier too." 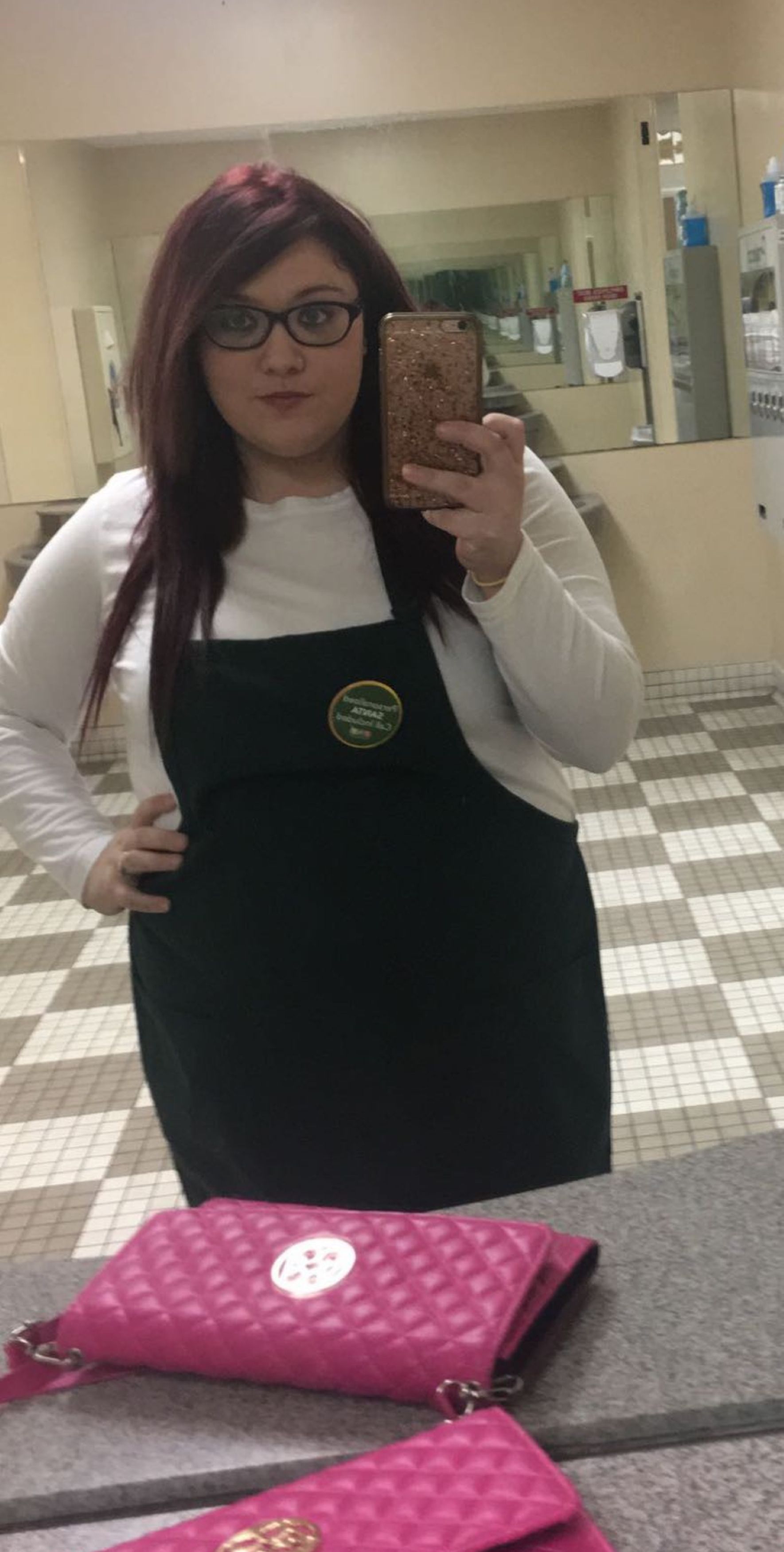 Jessica said she had suffered with a high blood pressure while she was pregnant with her first son.

She experienced the same problems during her second pregnancy, but soon realised her weight was partly to blame.

"When I went to my six-week postpartum checkup from having my daughter, I was like at this rate I could have a heart attack," Jessica said.

When I went to my six-week postpartum checkup from having my daughter, I was like at this rate I could have a heart attack

"I had just had a baby, I had two kids, I needed to do something where I could be around for them."

After researching her options, Jessica said she opted to try intermittent fasting.

Also known as the 16:8 diet, favoured by Friends star Jennifer Aniston, the plan involves eating within an eight-hour window and fasting for 16 hours a day.

A summary of studies, published in the Annual Review of Nutrition in 2017, found that 11 of 16 trials into the method reported some weight loss.

The idea behind it is simple, by restricting the hours of the day you can eat means you restrict calorie intake.

The plan has been found to improve blood pressure, and also reduce a person's risk of cancer and heart disease, as well as reducing inflammation. 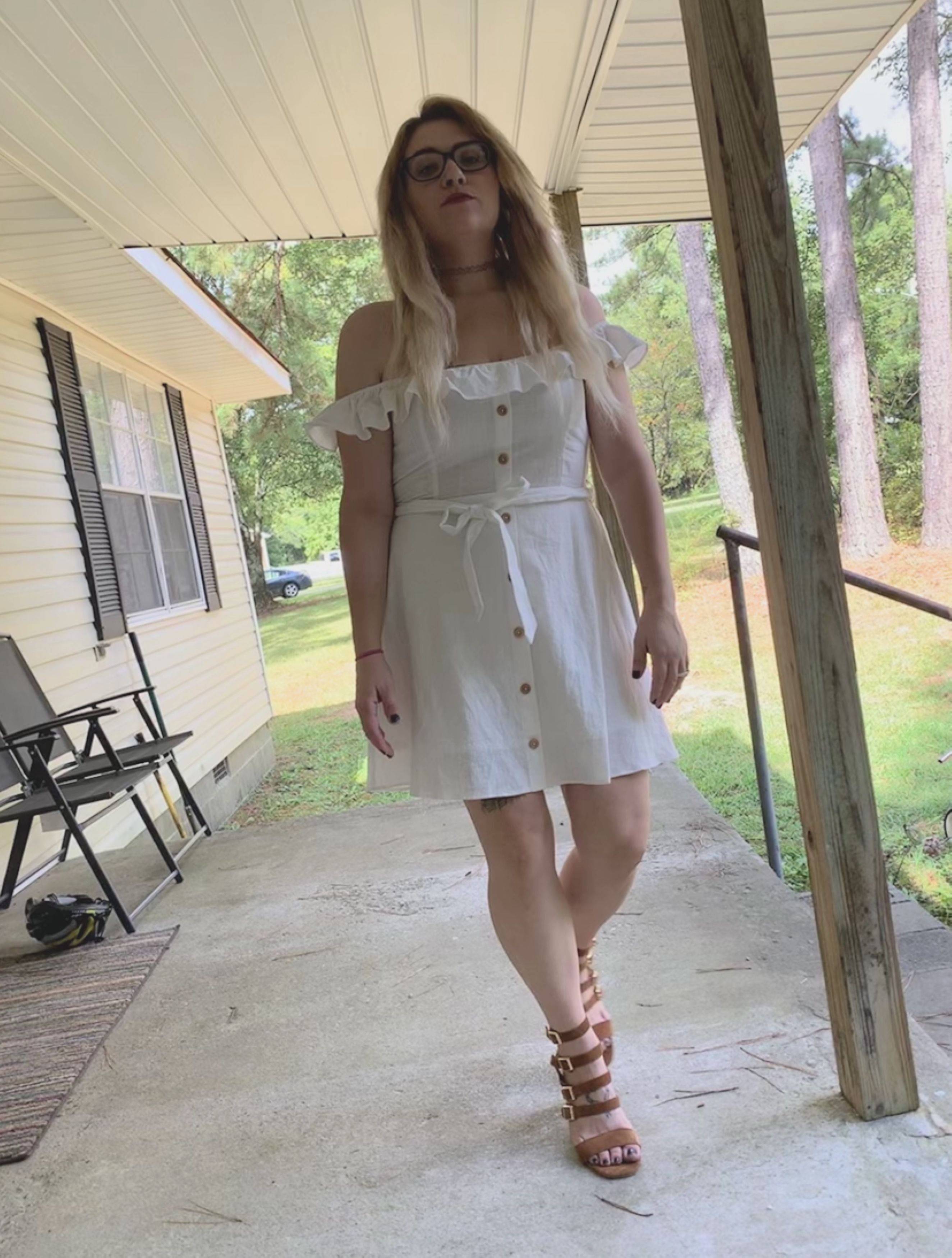 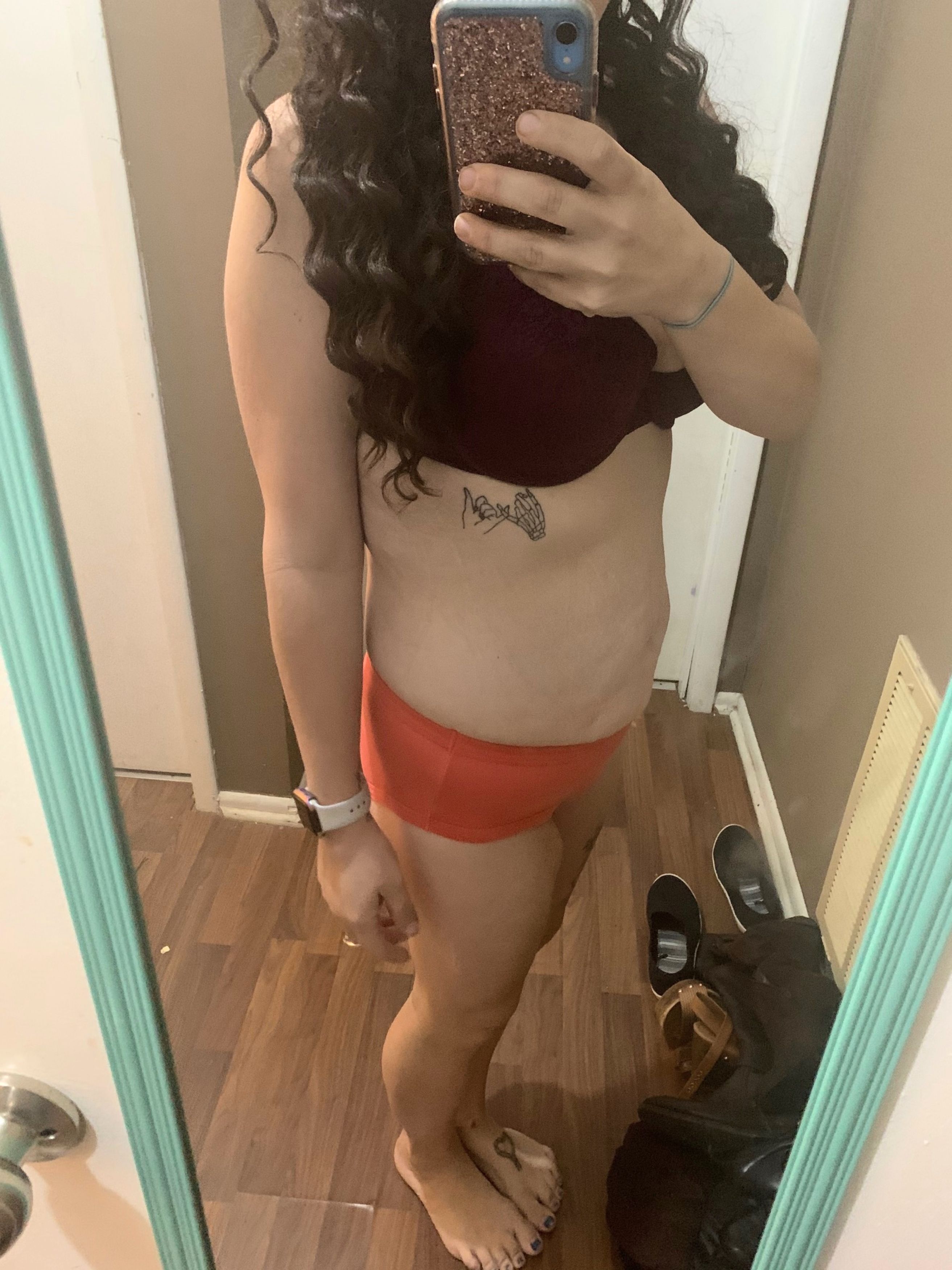 For Jessica, the diet plan meant cutting her 3,000 calorie-a-day diet in half, meaning she was eating just 1,500 calories.

"I was basically eating fast food before," she said. "I could eat a 20-piece chicken McNugget box and large fries by myself.

"It was basically gluttony, just eating and eating.

"I had McDonald's nearly every day. Food was my coping mechanism, so whenever I got upset about something I would just eat."

As well as cutting calories, Jessica made an effort to include more veg in her diet.

The mum-of-two, who works as an admin clerk, said: "I'm a very picky person. I don't eat a lot of vegetables, I should be taking vitamins to supplement those veg I'm not getting.

"Before, it was fast food. Even if I wasn't eating out I was cooking something greasy at home.

"I still find pleasure in my food, it's my main thing."

Dinner: The same, depending on what had been for lunch

Snacks: Small snack of around 100 calories, such as a Slim Jim jerky snack or packet of crackers 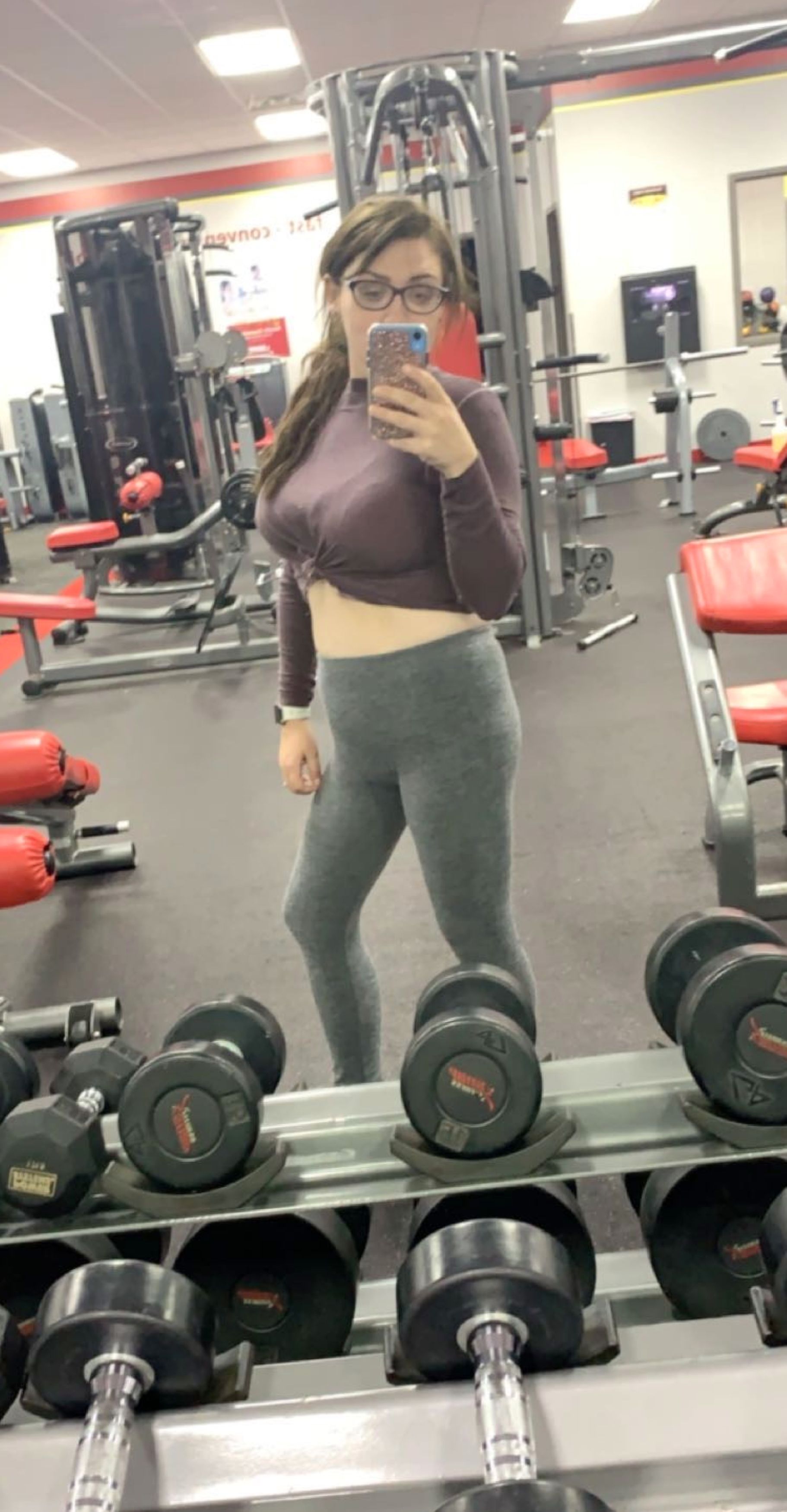 While diets have failed for Jessica in the past, she said the key with fasting is that you don't have to exclude many foods – rather, cut down.

She said she's switched fizzy drinks for diet options and water, but tries not to deprive herself of anything.

"If I tried other diets they would fail, because I would want to eat something – and eat it," she said.

"It's been all about moderation and self-control.

"Sure you can have a piece of candy, but you have to eat that one piece and not the whole bag.

"It's involved a lot of self-control and self-determination."

As well as intermittent fasting, Jessica started dancing to YouTube fitness videos, to build up the confidence before joining the gym.

And she still treats herself to a McDonald's every now and then – though she's swapped the 20-piece McNugget meal for a six-piece meal with small fries.

"I've saved a lot of money," she admitted.

"I've gone from going once a day to maybe twice a week, something like that.