The eggs, priced at around £50 each, are claimed by the site to give women numerous health benefits, but is it all a load of goop? 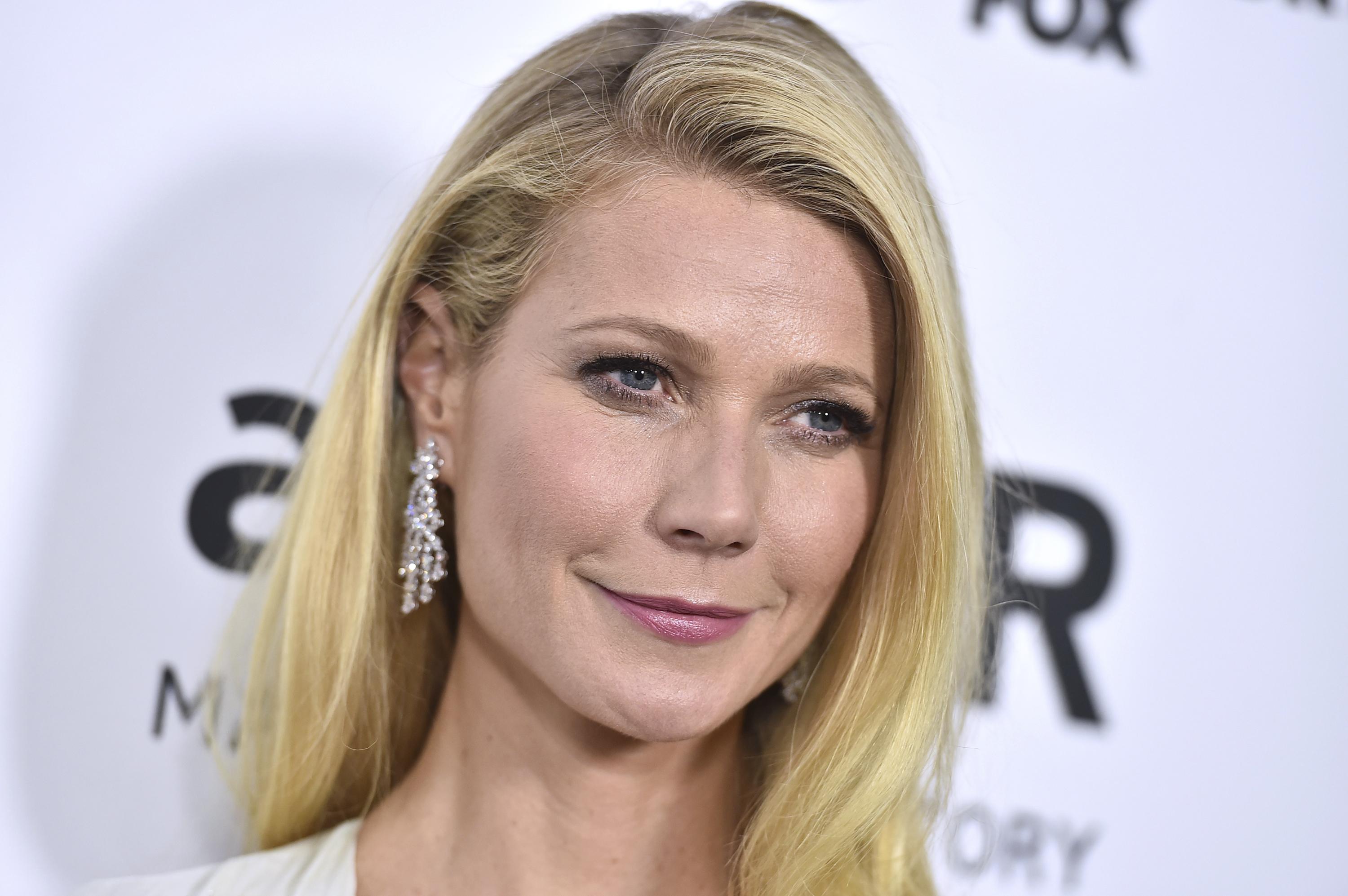 What are jade eggs?

Jade eggs are stones that are sold for women to put inside their vaginas with the aim of improving women's health.

When the egg-shaped stones were first launched on Gwyneth Paltrow’s website Goop in 2017, they sold out immediately.

It has been claimed by Goop that the eggs can balance hormones, regulate menstrual cycles, prevent uterine prolapse, and increase bladder control.

The egg trend, according to Goop, is said to come from an ancient Chinese tradition for queens and concubines to use them to ensure they stayed in optimal sexual shape. 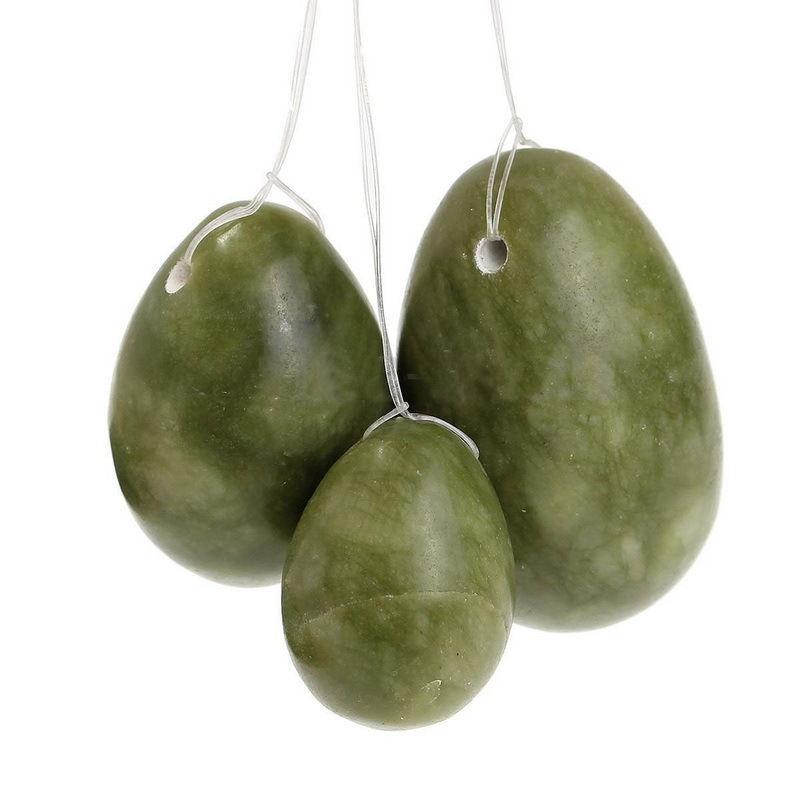 Can jade eggs get stuck in your vagina?

According to Goop, the answer is no.

It says: “No, it can’t get lost, but these ones have a hole drilled in them, which you can then thread with unwaxed floss, to make it easier to take out, and to generally ease any anxiety about it—which, I’ll tell you, a lot of people have!” 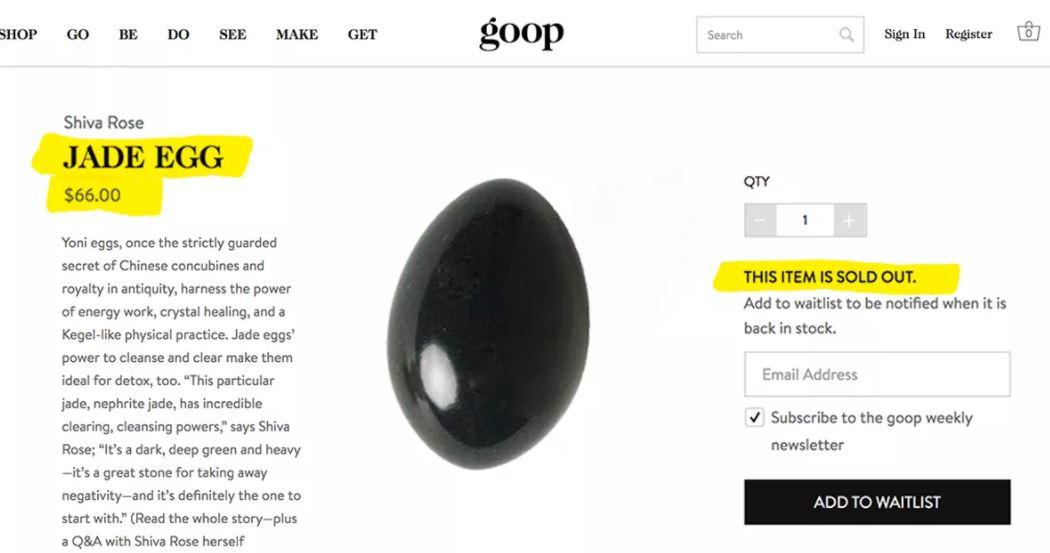 The company has now been forced to pay a $145,000 (£112,000) settlement to settle allegations that it had made unscientific claims about the health benefits of its infamous vaginal eggs.

Goop agreed to refund customers who had bought the eggs from January to August last year and will remove any unproven claims about the health benefits of the products. 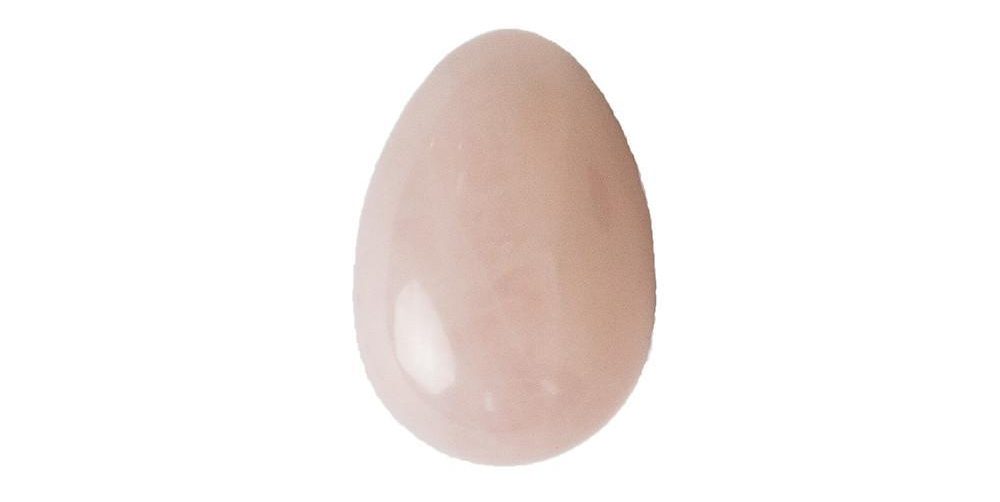 Are jade eggs safe to go inside your vagina?

Dr Sarah Jarvis, GP and Clinical Director of Patient.info, told the Sun Online to be wary of sites singing the praises of jade eggs.

Dr Jarvis said: “There is no scientific evidence whatsoever that stones or crystals, whether held in your hand or inserted into your vagina, have any health benefits whatsoever.

“There are many factors that affect your female hormones and hormones can definitely affect your level of wellbeing and sexual ‘energy’.

“However, stone or crystal in any form, whether jade or otherwise, most definitely is not one of those factors. 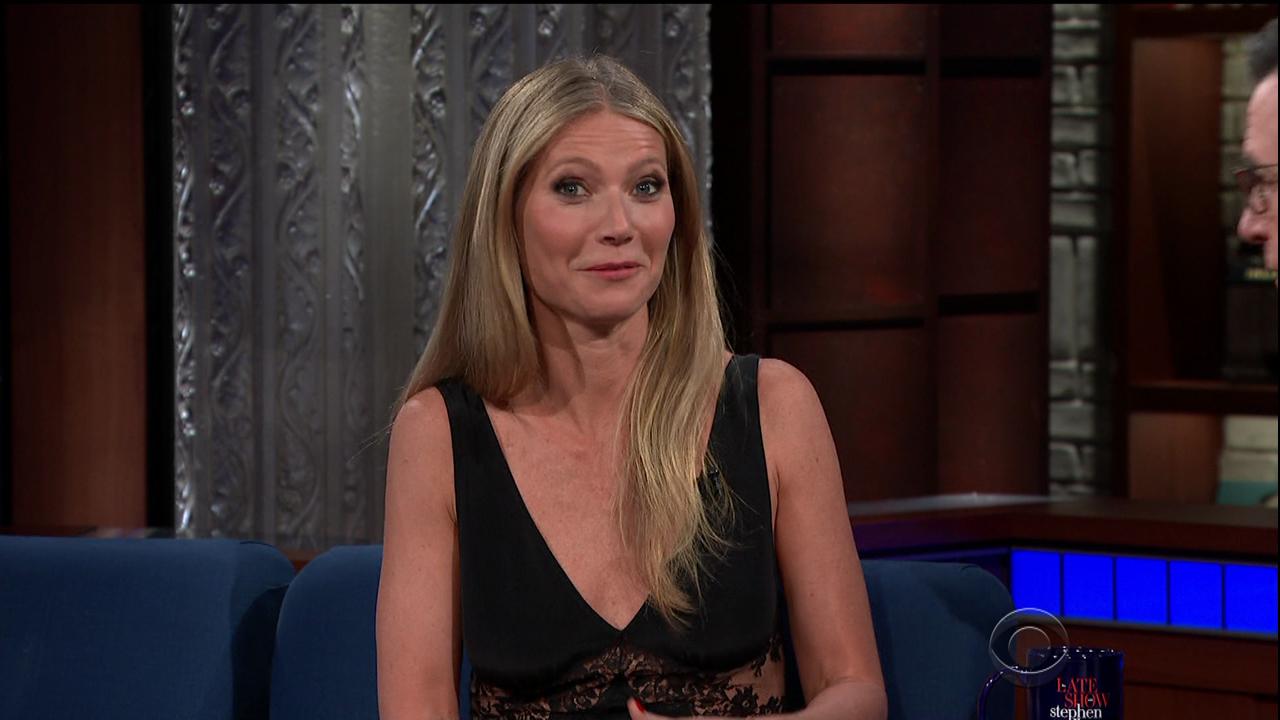 “However, there are many medically approved products designed by scientists for this – and non of them are made from eye-wateringly expensive jade.”

Dr Jen Gunter added in an open letter: “As for the recommendation that women sleep with a jade egg in their vaginas I would like to point out that jade is porous which could allow bacteria to get inside and so the egg could act like a fomite.

“This is not good, in case you were wondering. It could be a risk factor for bacterial vaginosis or even the potentially deadly toxic shock syndrome.”

She also looked incredible in an orange bikini as she soaks up the sun in Capri this summer.