THE Met Gala is arguably the biggest event in the fashion calendar, marking the grand opening of the New York Costume Institute's annual exhibition.

Each year, specific celebrities are chosen to host the event which matches the theme of the exhibit, and 2019's is set to be just as explosive as in previous years thanks to the theme, Camp: Notes on Fashion. Here's more… 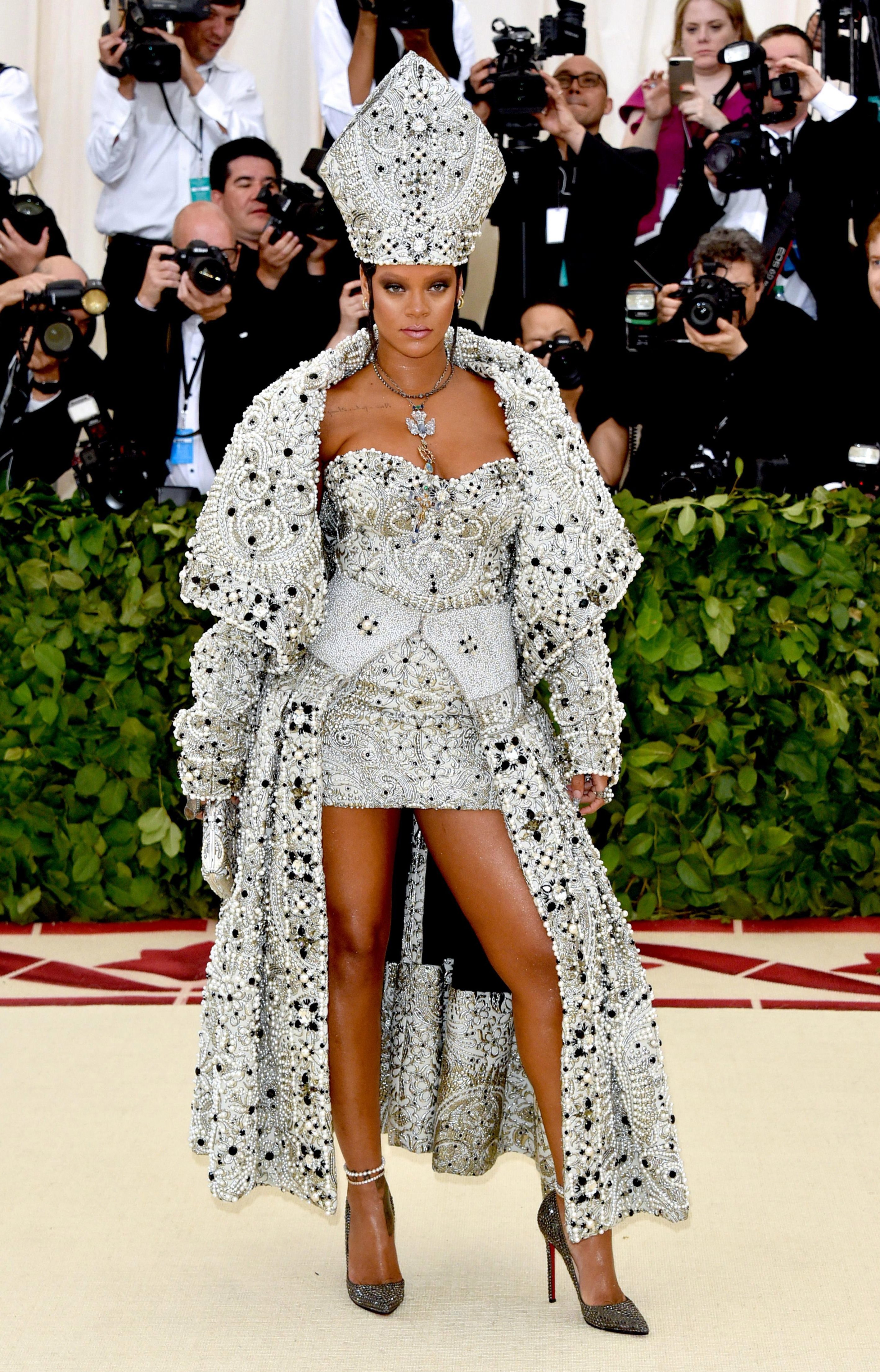 What is the 2019 Met Gala theme and what does it mean?

The full title of 2019's theme is Camp: Notes on Fashion.

The theme is inspired by a 1964 essay in which American author Susan Sontag defined camp by its "love of the unnatural: of artifice and exaggeration".

It is, like every other year, completely open to interpretation and will undoubtedly attract some incredibly striking outfits.

Lady Gaga, Serena Williams and Harry Styles have been chosen as the 2019 co-chairs alongside Vogue USA Editor-in-Chief Anna Wintour and curator of the Costume Institute, Andrew Bolton.

Andrew  made headlines when he referred to Donald Trump as a great example of political camp.

He admitted to the New York Times that the theme has been on his radar for years, and has “become increasingly more mainstream in its pluralities – political camp, queer camp, pop camp, the conflation of high and low, the idea that there is no such thing as originality”. 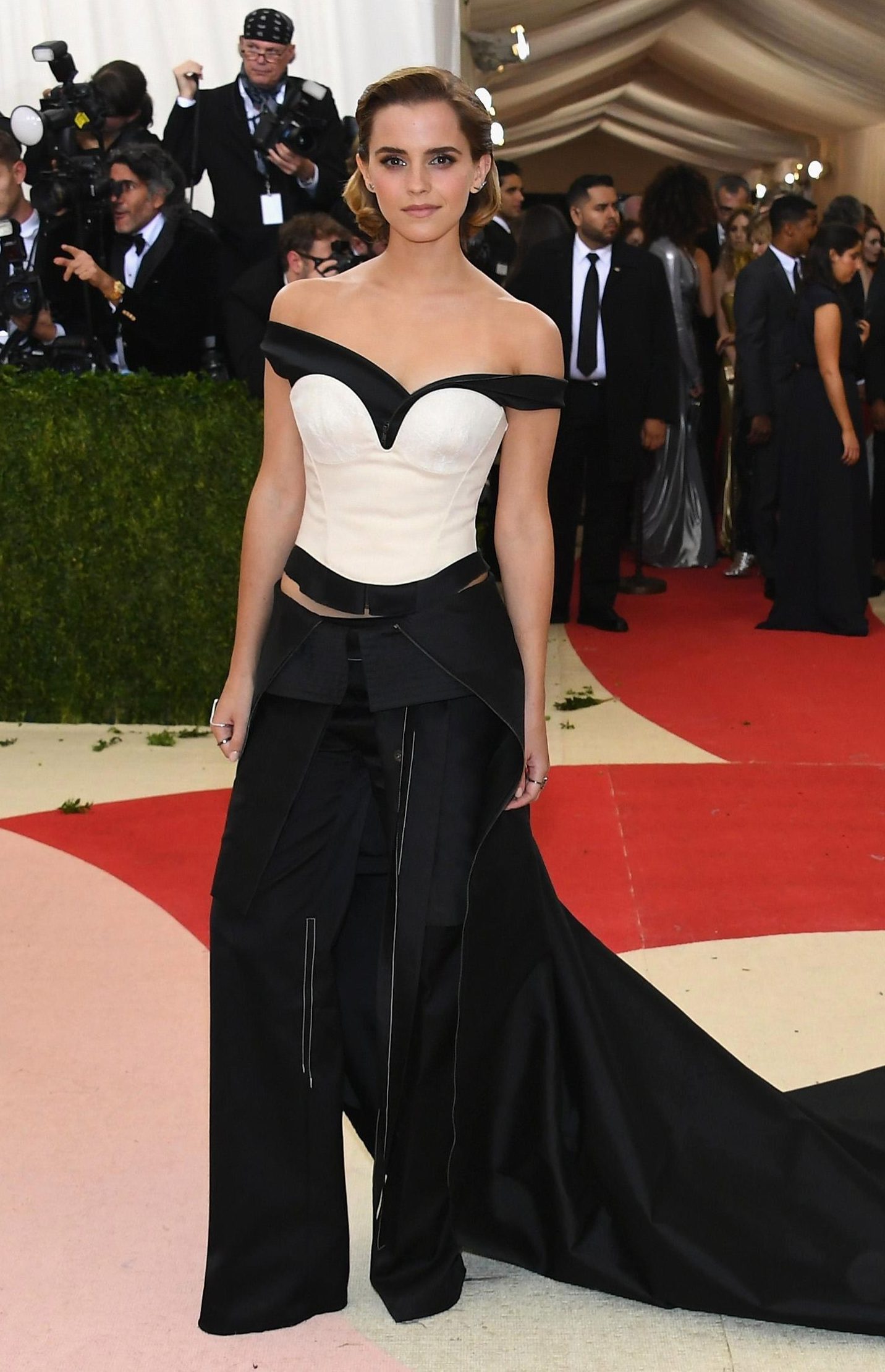 Catholicism ruled the celebrity runway thanks to the theme of Heavenly Bodies: Fashion and the Catholic Imagination, seeing many create mock-up religious looks.

One of the hosts, singer Rihanna, took style cues from the Pope in a large, beaded papal crown, embellished dress, cropped jacket and a crucifix necklace.

She topped it off with a huge mitre.

Meanwhile Katy Perry dressed as an angel with oversized, feathered wings that draped to the floor, a gold dress and sparkling gold thigh-high boots. 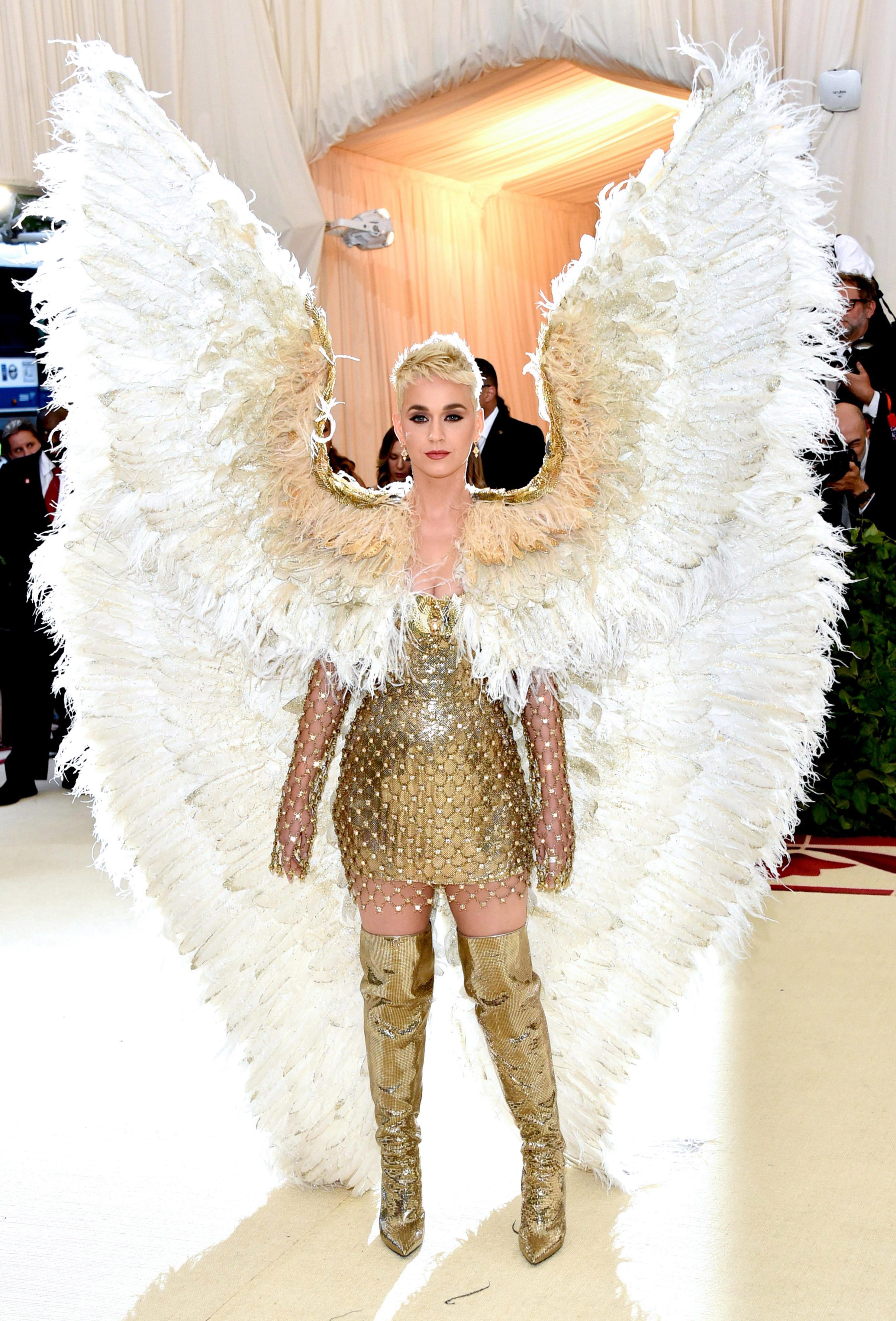 What previous themes have there been?

Previous themes have been no less weird, with the Age of Technology taking centre stage in 2016.

Emma Watson bore a fashion-forward five-piece look from Calvin Klein made entirely from recycled plastic bottles to mark the subject.

The theme in 2017 was Rei Kawakubo/Comme des Garçons.

The 2014 exhibition, Beyond Fashion, saw some larger than life outfit choices, and the 2013 theme Punk saw stars tackle dark colours and gold embellishment.

Other strange topics have included China in 2015, Superheroes in 2008, and Goddess in 2003, which cleverly matched the topic of the exhibition which runs from May to August each year.

Unusual subjects aren't new to the 70-year-old gala either, with some of their most out-there choices happening before the turn of the millennia.

In 1999 a darker Rock Style took to centre stage, following on from Cubism and Fashion in 1998 which saw bold colours and patterns grace the runway, and even Dance in 1986.

Instructions to fashionista guests go as far back as 1971, where one of the first known themes Fashion Plate was a hit with celebrities.

Met Gala themes of the past ten years

What other celebrities attended the 2018 Met Gala and what did they wear?

Other celebrities among the hosts that were spotted on the red carpet were actress Sarah Jessica Parker in an elaborate gold gown and nativity scene headpiece.

Fashion goddess Anna Wintour, editor-in-chief of Vogue and co-chair of the gala, dressed as Cardinal Chanel in an embellished white gown with blue crystals.

British star Lily Collins took inspiration from the religious habit of nuns in a black and white Givenchy gown with a dark, halo crown and black rosary beads.

Vogue cover star Cara Delevingne wore one of the most dramatic looks of the evening, in a black dress and matching headpiece resembling a cage.

If you want to know more about the Met Gala 2018, here's the lowdown on the A-list event – from the red carpet to the ban on social media posts inside.

Here are some of the most over the top Met Gala costumes including Madonna and SJP.

MORE FROM THE MET GALA

MET THE LOOK Met Gala 2019 is coming soon – what's date and is it always held at MoMA?

IDENTITY THEFT What is cultural appropriation and who’s been accused of it?

The Met Gala is always held on the first Monday of May so this year it falls on May 6.

The event will start, as will red-carpet coverage at 7pm local time in New York – which is 12am BST.

A total of three locations were used for the show: the Anna Wintour Costume Center, the medieval galleries at the Met, and uptown at the Cloisters.