BROOKLYN Beckham is lovestruck over his fiancée, US model and actress Nicola Peltz – or so their sickly couples selfies would have us all believe.

But a new survey reveals couples who share MORE snaps are LESS happy. 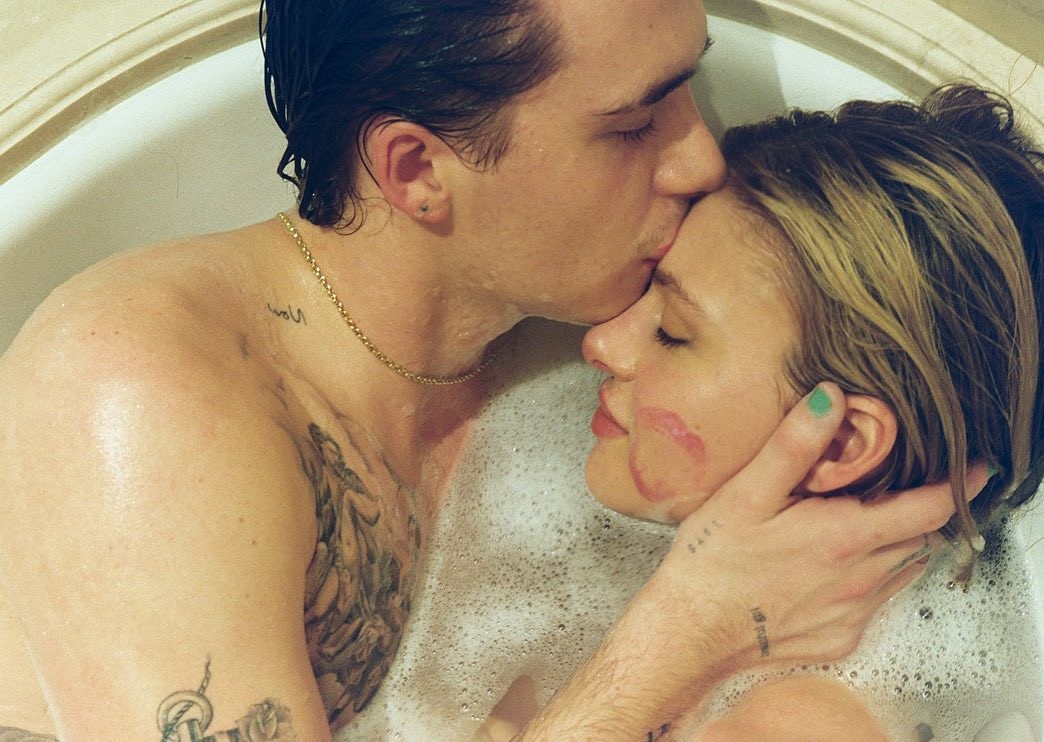 Those who post three or more shots a week on social media are 128-per-cent unhappier in their relationships than those who never post, according to a study for photography site shotkit.com.

So are these celebrity pairs more try-hard than die-hard when it comes to everlasting love?

Here, body language expert Judi James gives her verdict, while Clemmie Fieldsend counts their couple selfies over the past year. 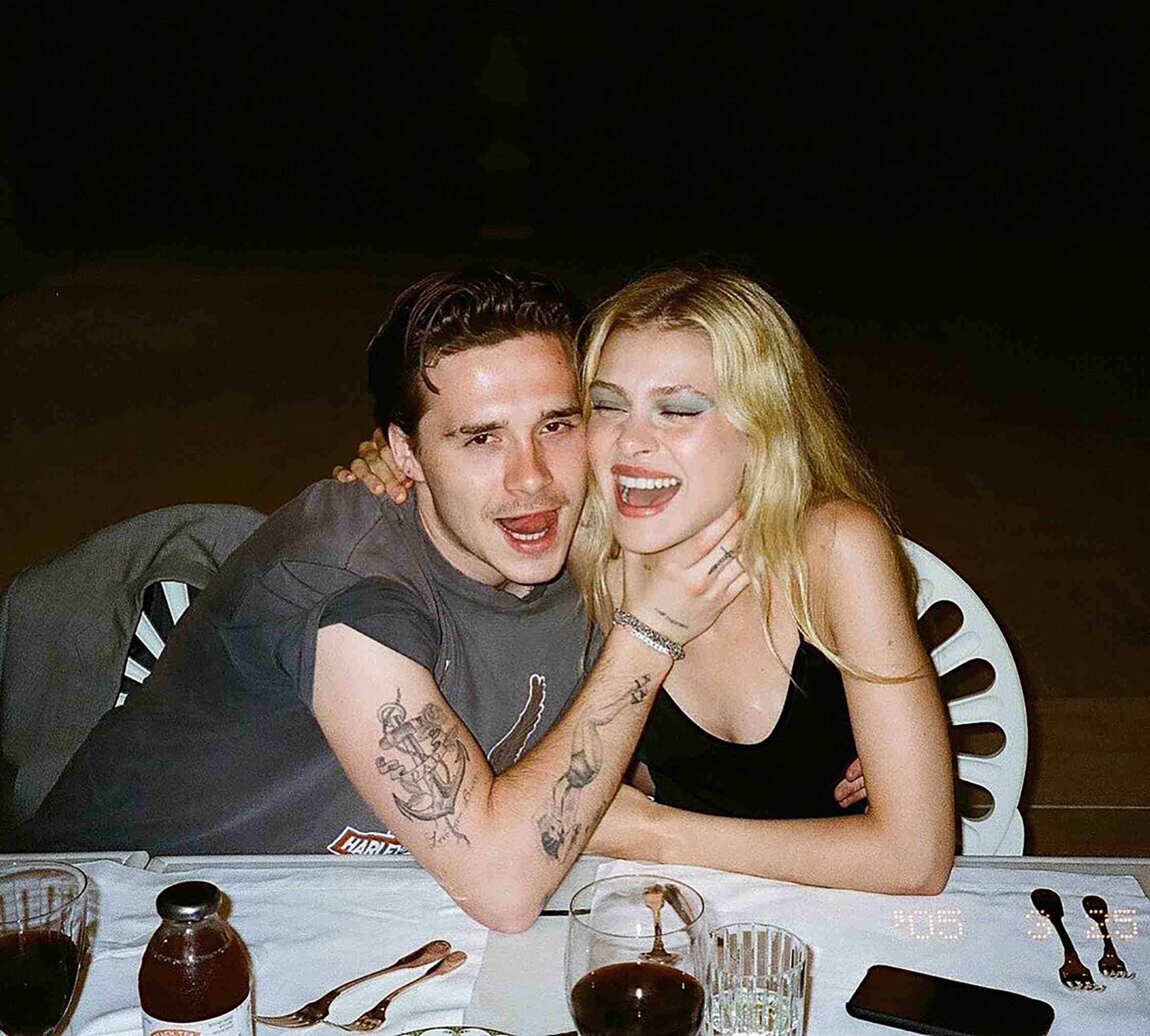 JUDI says: “Why do these two want the whole world to watch as they overshare what looks like a super-intimate moment involving just a few suds?

“We stop showing off our snogging prowess once we grow out of our teens and stop feeling the need to boast.

“The very fact that the camera was recording this intimate moment between Posh and Becks’ eldest son, photographer Brooklyn, 22, and Nicola, 26, turns it into more of a vanity performance.

“When you invite an audience to your sexy bath time you become more aware of how you look rather than focusing on the love.” 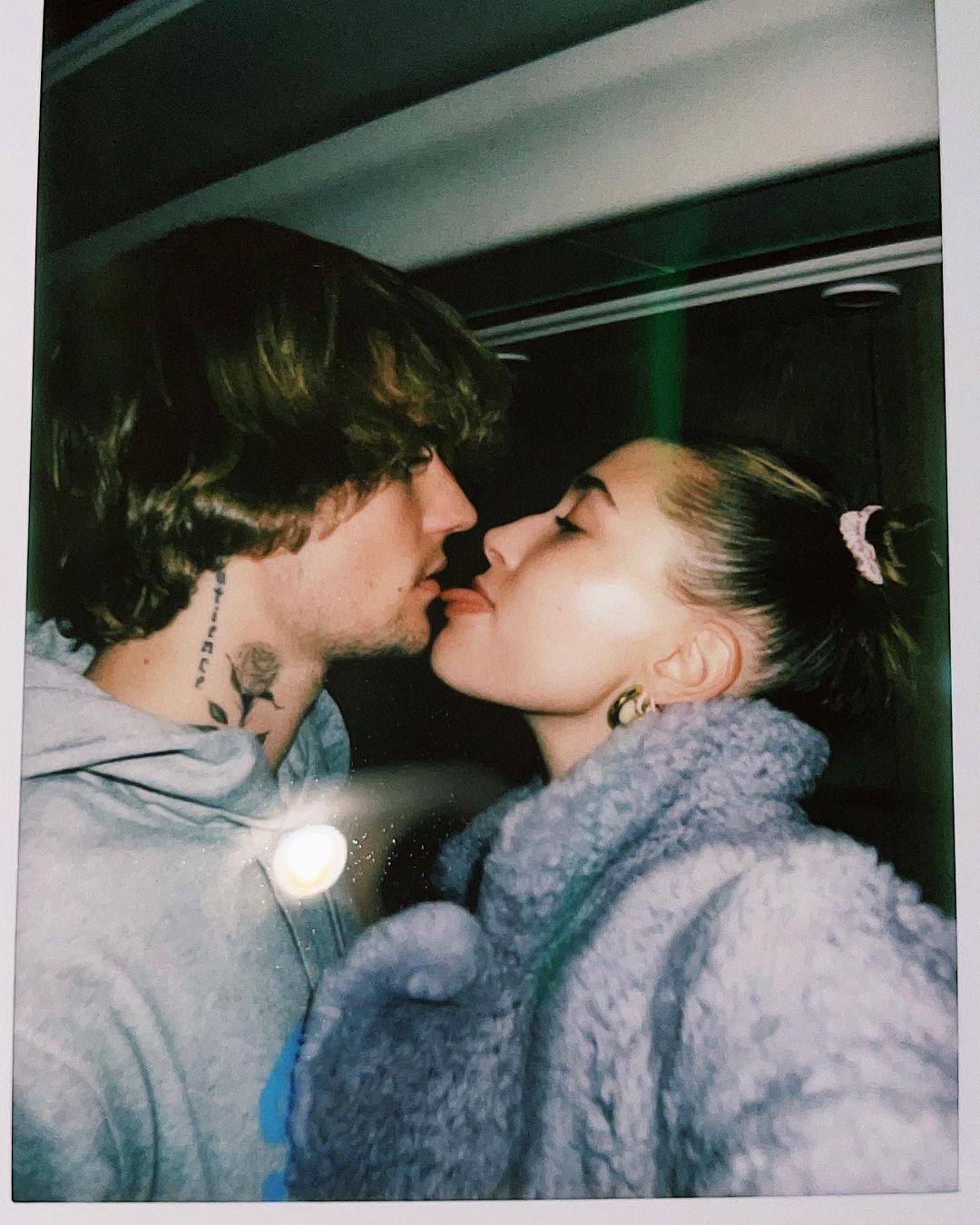 JUDI says: “Everything about the main shot here tells us that Justin Bieber, 27, and wife Hailey, 24,­ want to be seen as more than just your average celebrity couple.

“Edgy and lacking in any sign of emotional balance as a couple here, we can see American model Hailey posing like the rebellious one who wants to shock, while Canadian chart-topper Justin adopts a more enigmatic pose.

“He shows no response to her attempt to lick his lower lip.

“This pose suggests a feisty relationship with lots of power-play.

“The one thing you could never accuse it of being is boring.” 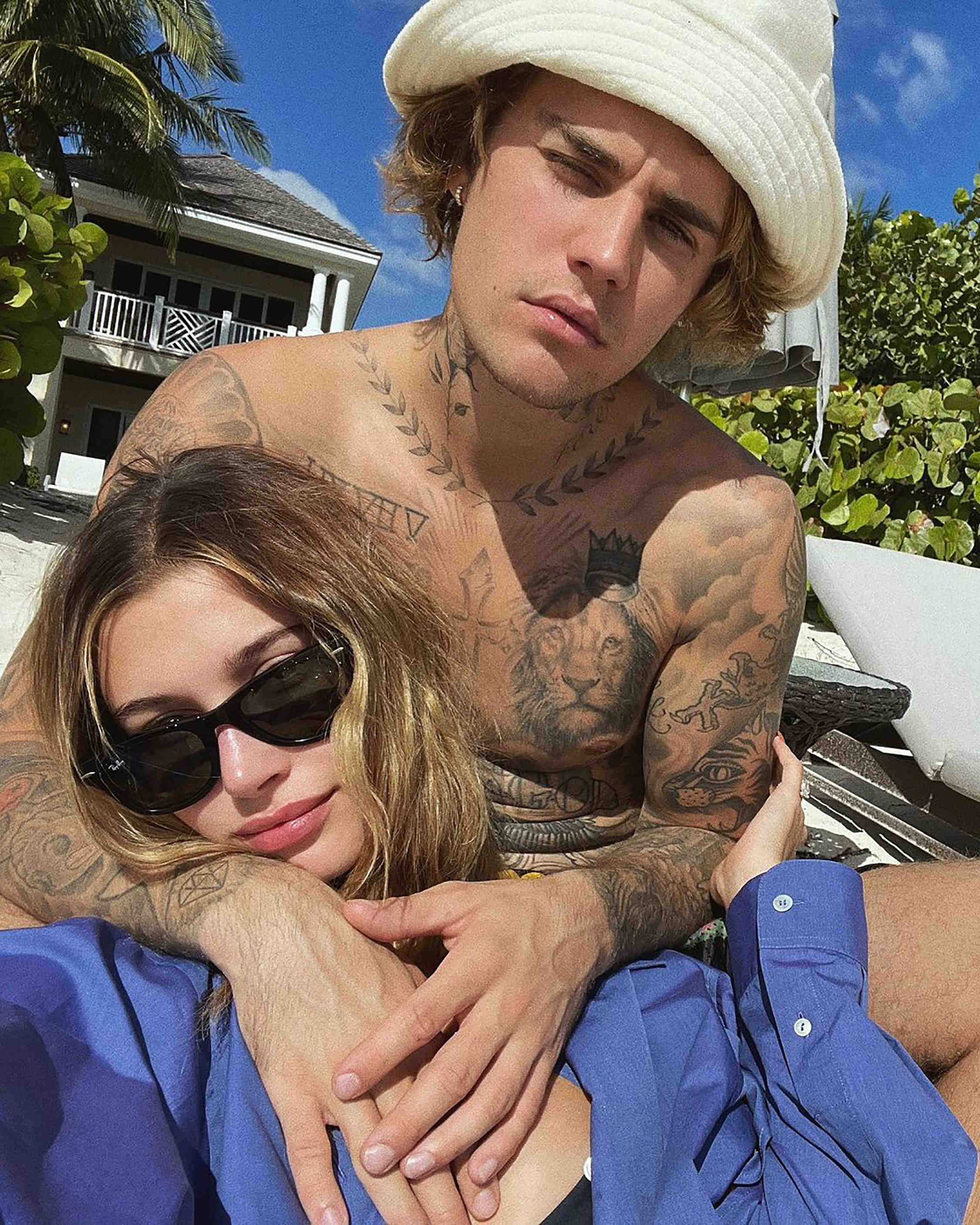 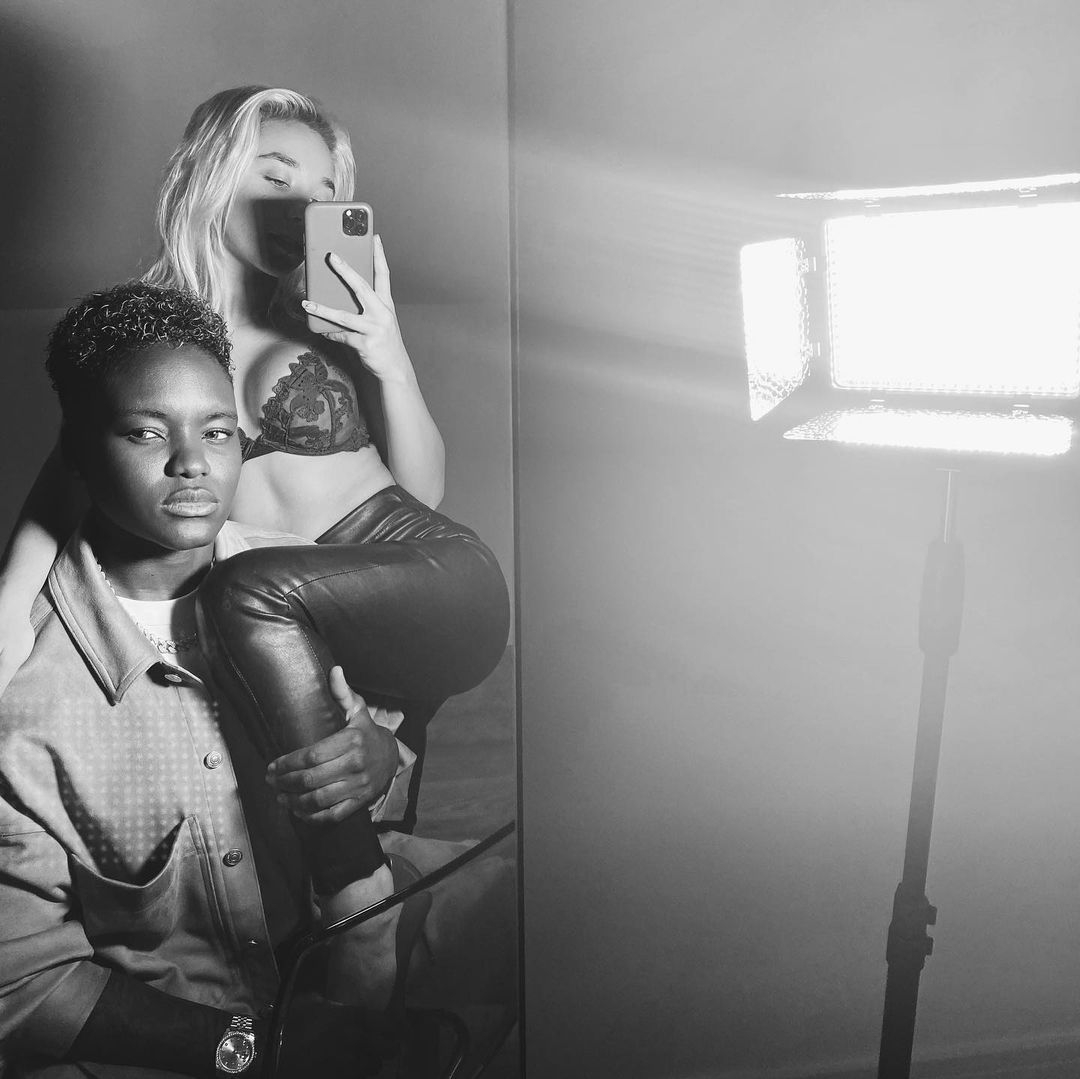 JUDI says: “This beautifully arty pose looks cool and super-fashionable but it also has a complex narrative for the relationship.

“The normally-grinning boxer and Strictly Come Dancing contestant Nicola Adams, 38, is staring moodily out of shot while model and beauty blogger Ella Baig, 22, perches on one of her shoulders.

“Ella looks totally absorbed in her own image, twisting her body to get the best shot of her curves.

“Are they telling us that Nicola is quietly indulgent while Ella is the self-absorbed diva?

“Or is this arty pose meant to be tongue in cheek? Difficult to tell.” 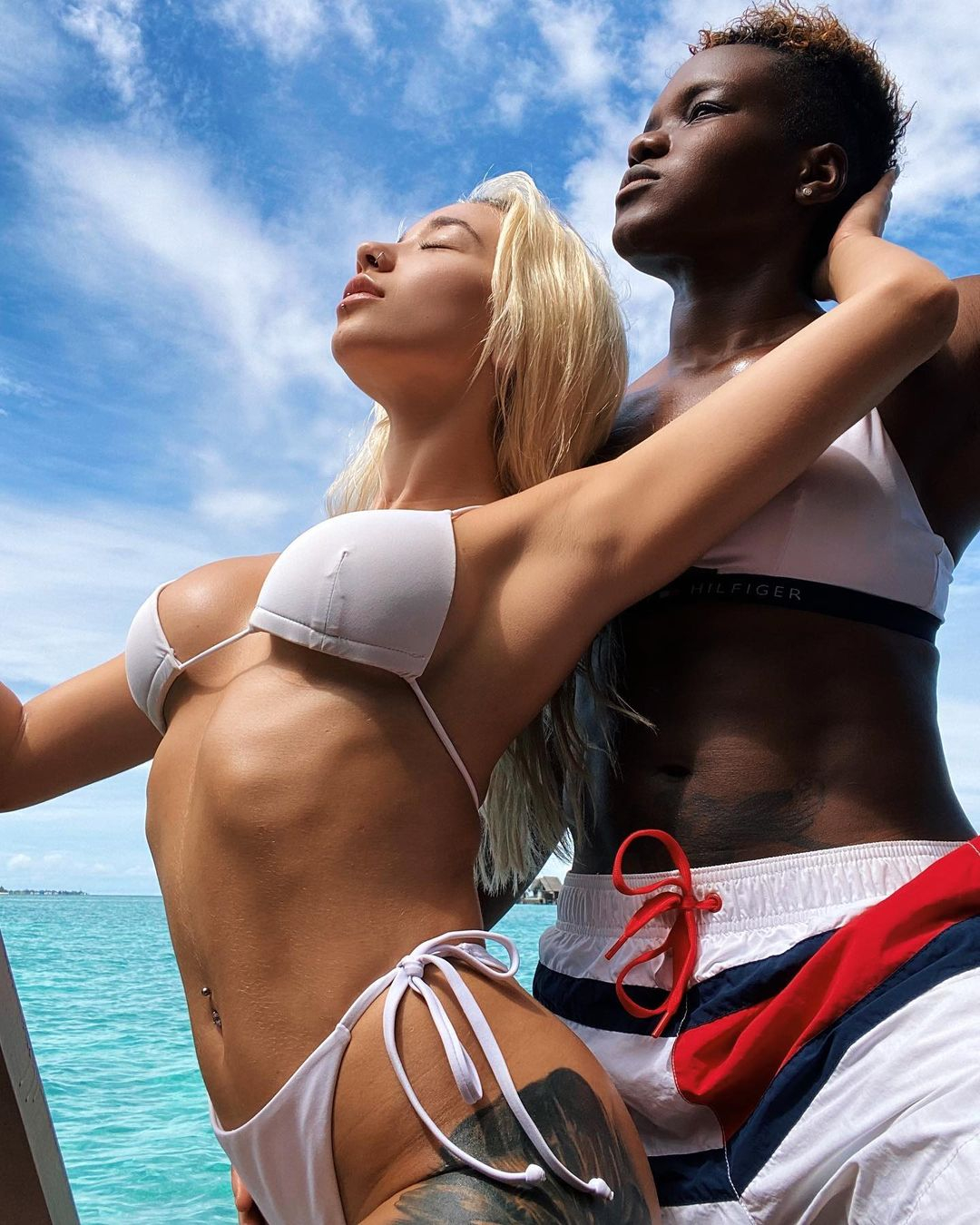 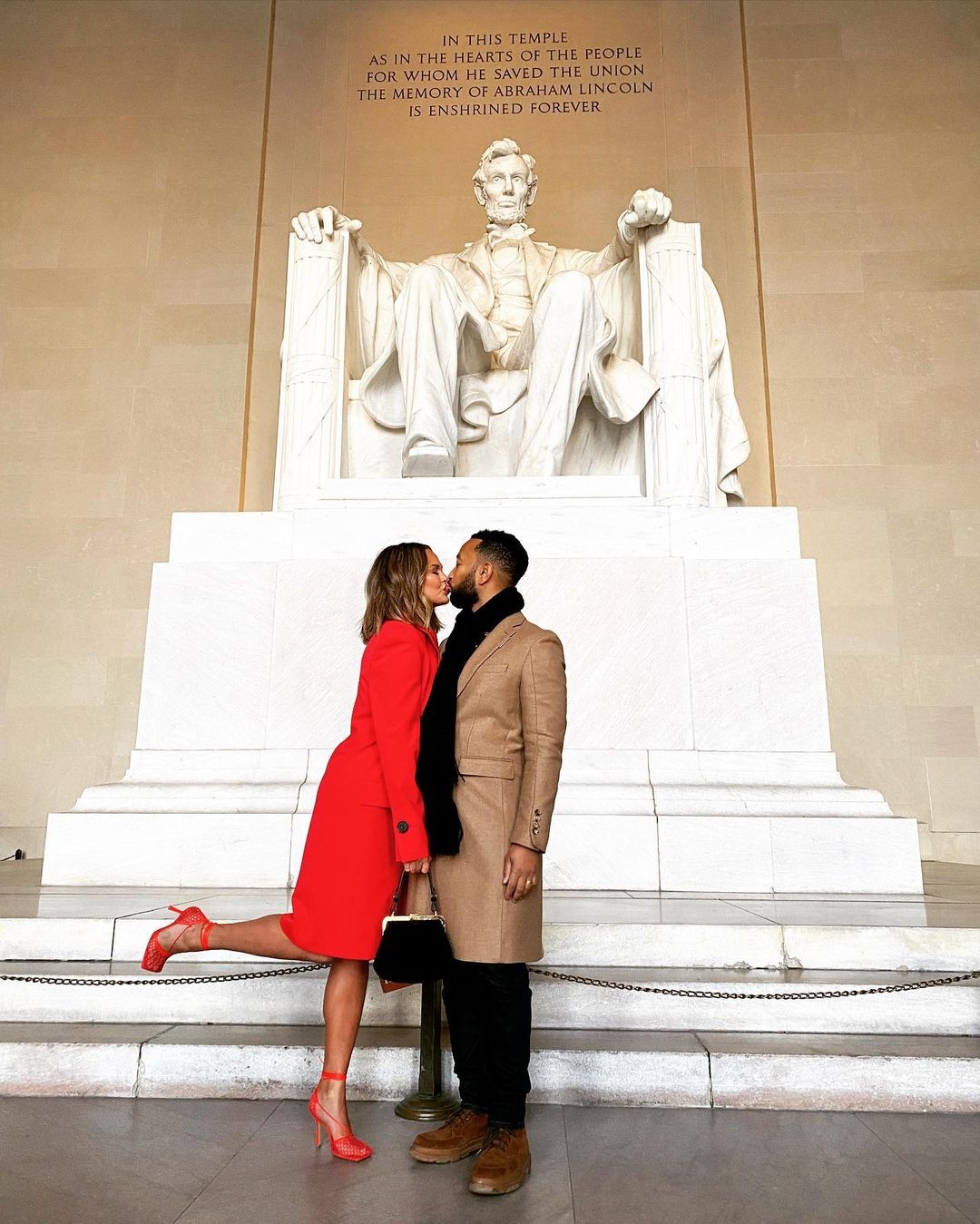 JUDI says: “Chic and cool, American model Chrissy Teigen, 35, and her husband, US singer John Legend, 42, have posed up like a movie shoot from the Fifties here, with some very stylised body language and outfits.

“This is a guppy kiss, with model Chrissy leaning in to suggest romance while singer and actor John stands looking more aloof.

“But that leg-kick of Chrissy’s hints this might be more about fun than being pretentious and the way they are both smiling as they touch lips suggests it’s a shared joke.

“This couple clearly know they are beautiful and talented but they manage to side-step smugness by letting us all in on the joke. It’s more cute than cheesy.” 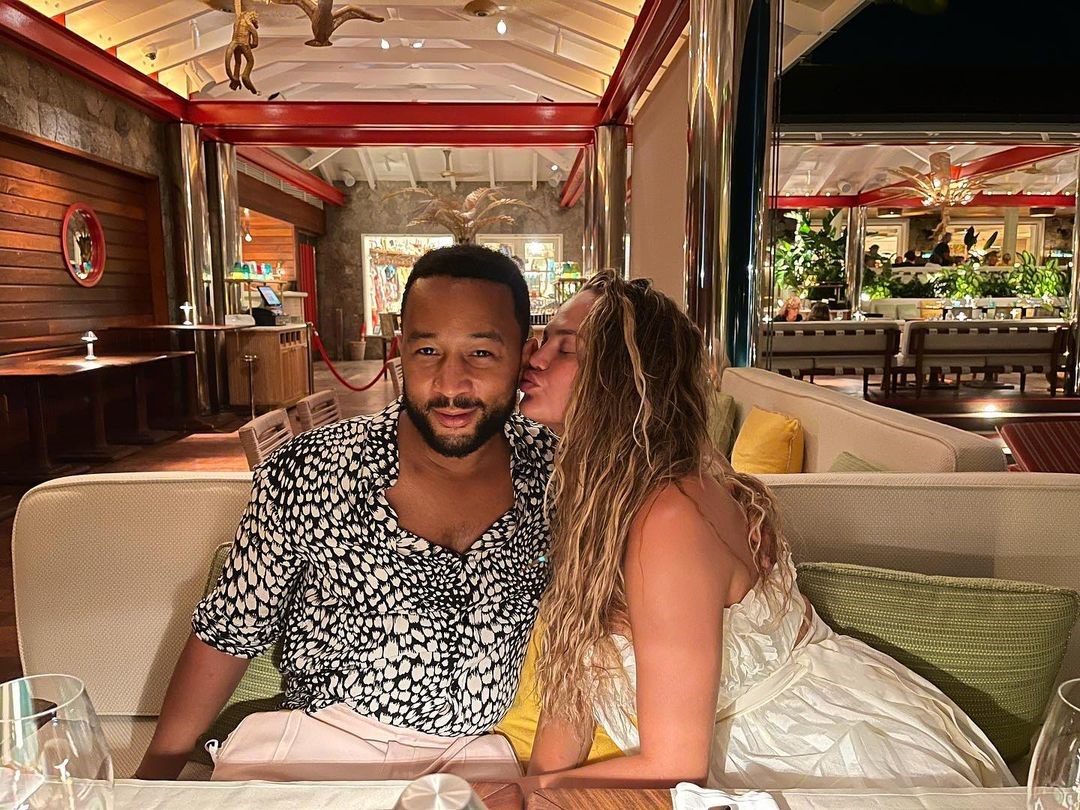 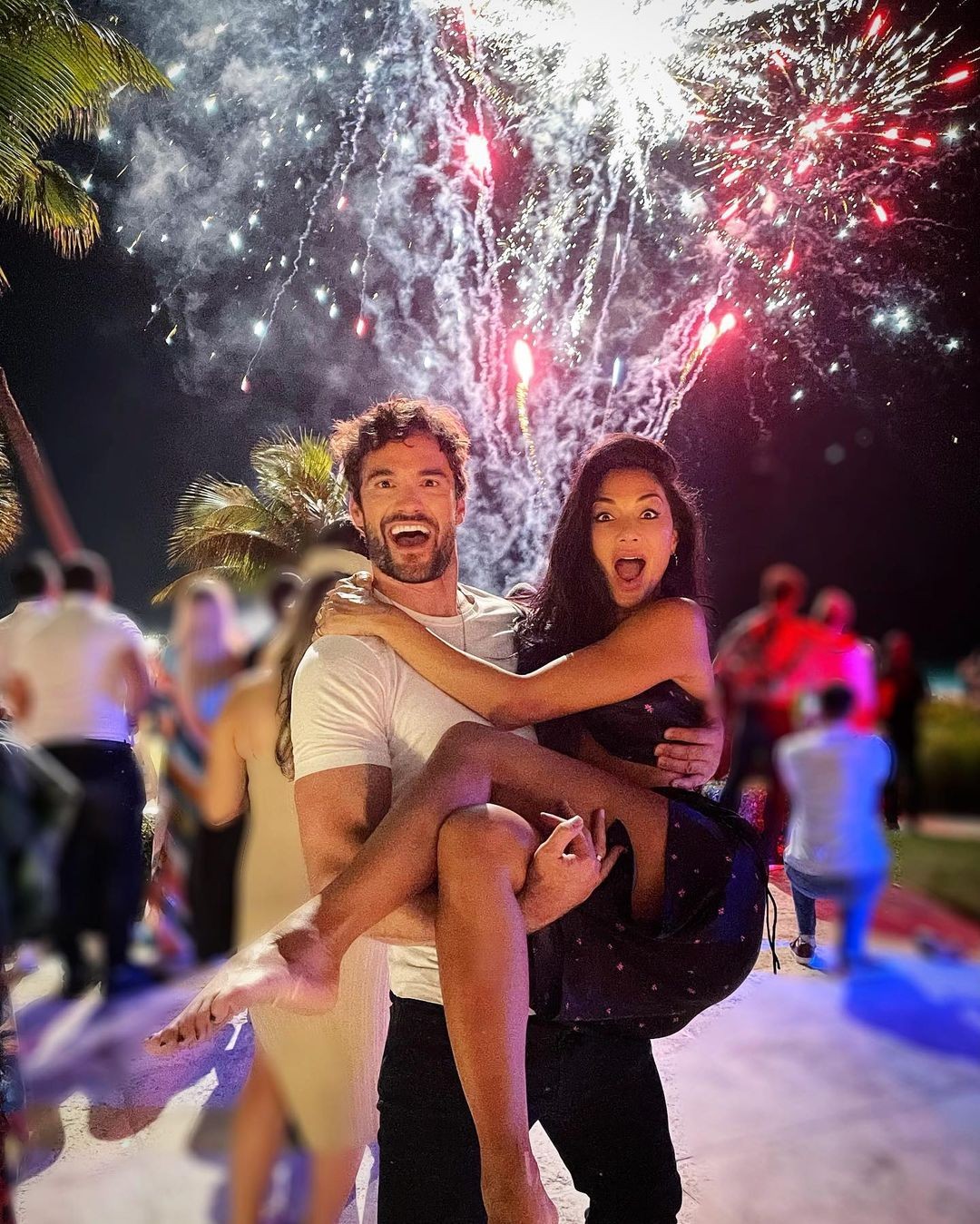 “But look a little closer at the body language and you’ll see the amount of effort they are putting in to make this look fun.

“Singer Nicole’s leg is lifted to create a better shape, while Thom’s carefully placed hands avoid ruining the dress in this ‘effortless’ lift.

“You’ve got to admire these two for their energy, stamina and effort. Not a natural look but at least they seem to share the same values when it comes to killing a pose.” 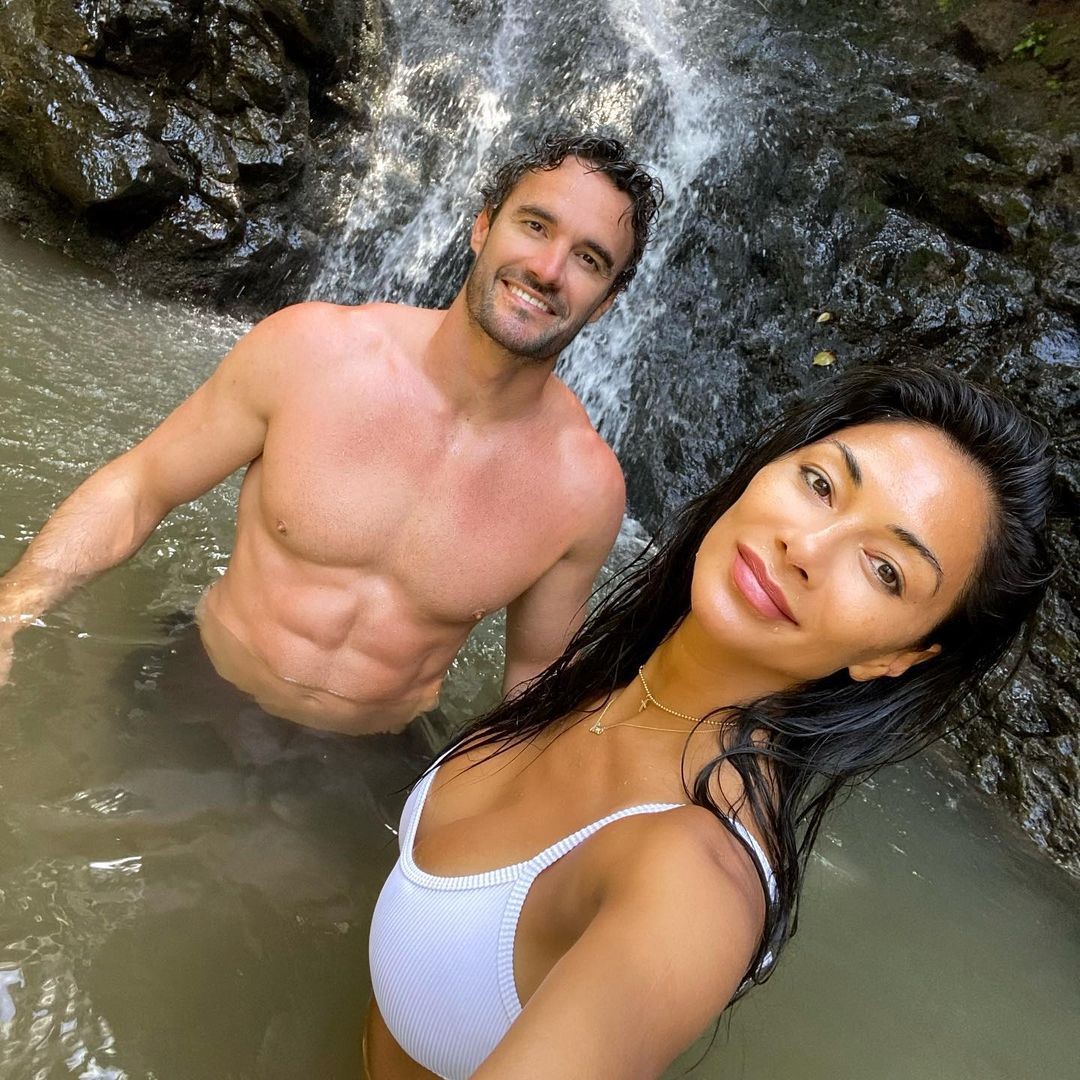 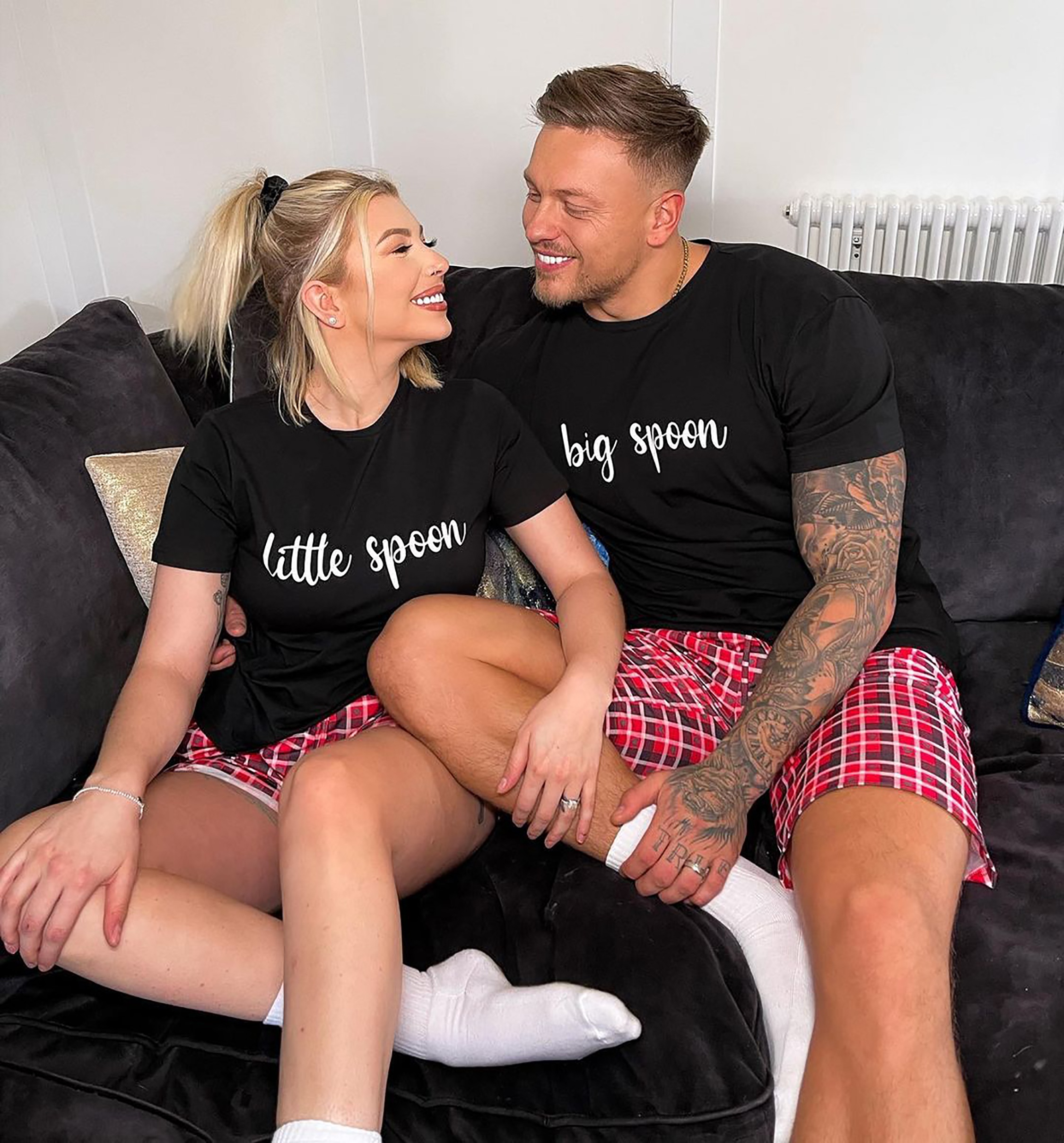 JUDI says: “With their matching outfits, white-toothed smiles and poses, only Love Islanders could be this keen to display such a perfect fit as a couple.

“It’s enviable stuff for fans of that kind of lifestyle. And maybe Olivia and Alex are a match made in heaven because they clearly have similar interests and priorities – and they are married.

“They do seem a little too keen to impress, though. It would be good for them to show us when they’re having less-than-perfect moments, too.” 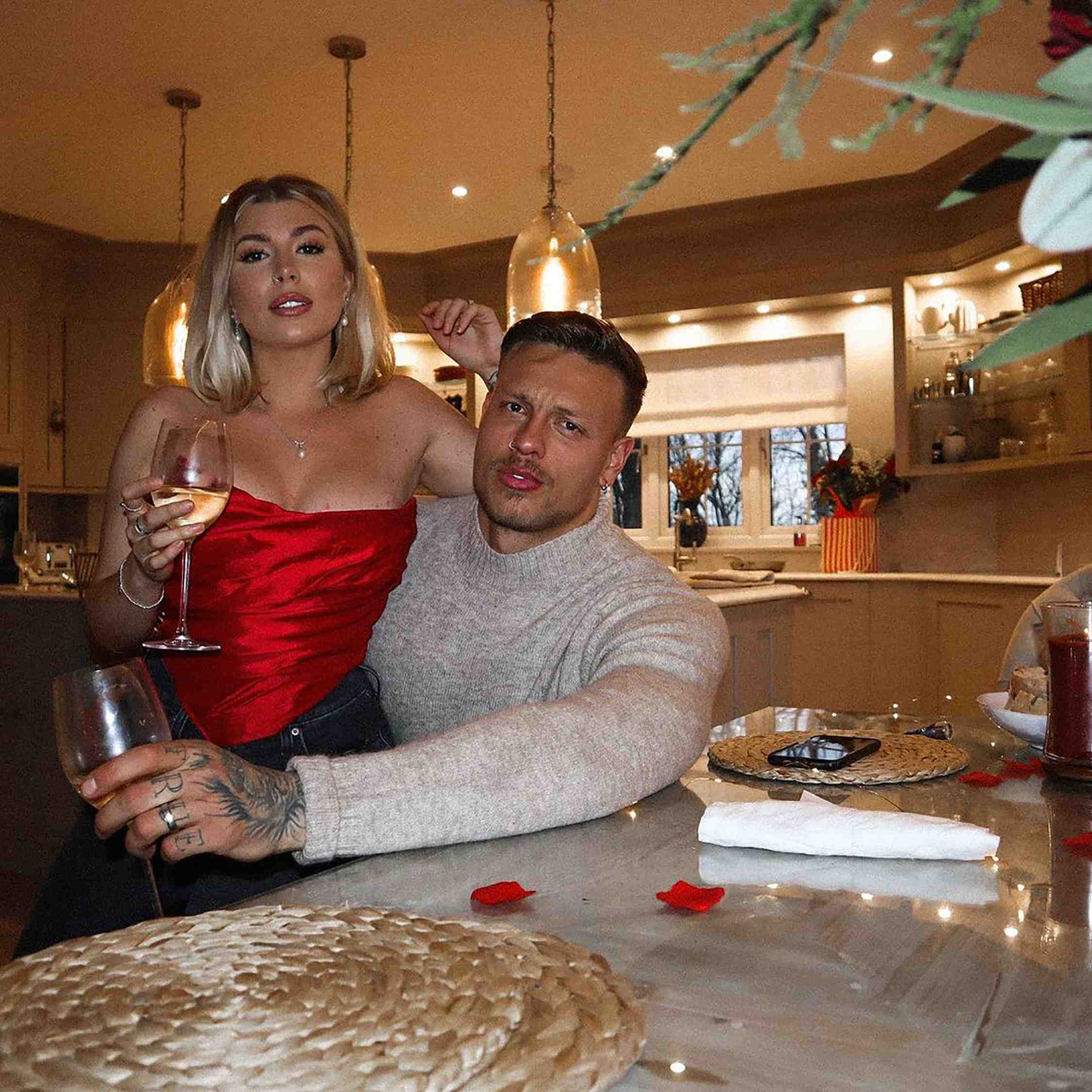