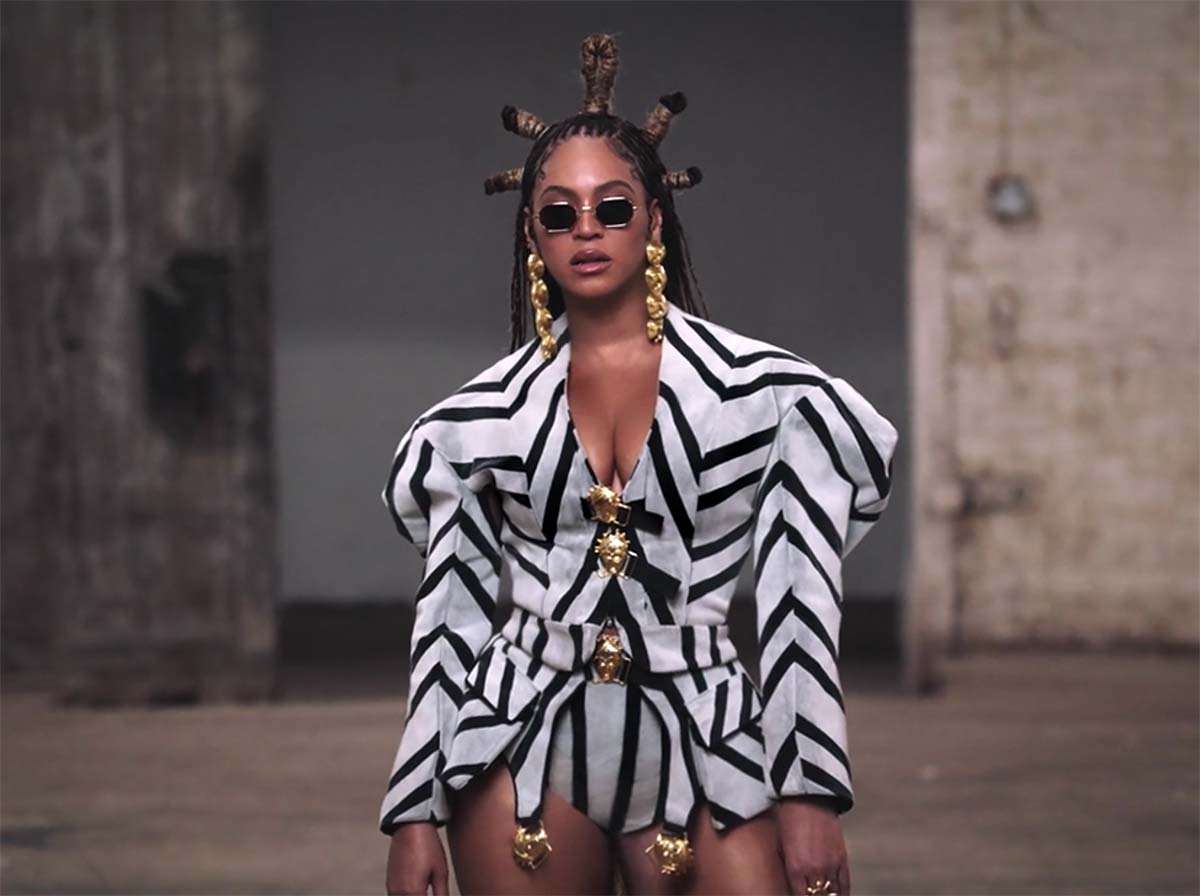 Beyoncé’s Black Is King officially dropped on Disney+ Friday, July 31. If you’ve already experienced the 85-minute film, it’s likely that you’re still recovering from the music, fashion, glam and of course — that hair.

In an interview with Cosmopolitan, published on Wednesday, August 5, the singer’s mane man, Neal Farinah, opened up about his unforgettable experience working on the visual album. The celeb stylist and his team created “40-something” wigs in a matter of days, some of which were so extreme that the stylist feared for Queen Bey’s wellbeing while performing in them. 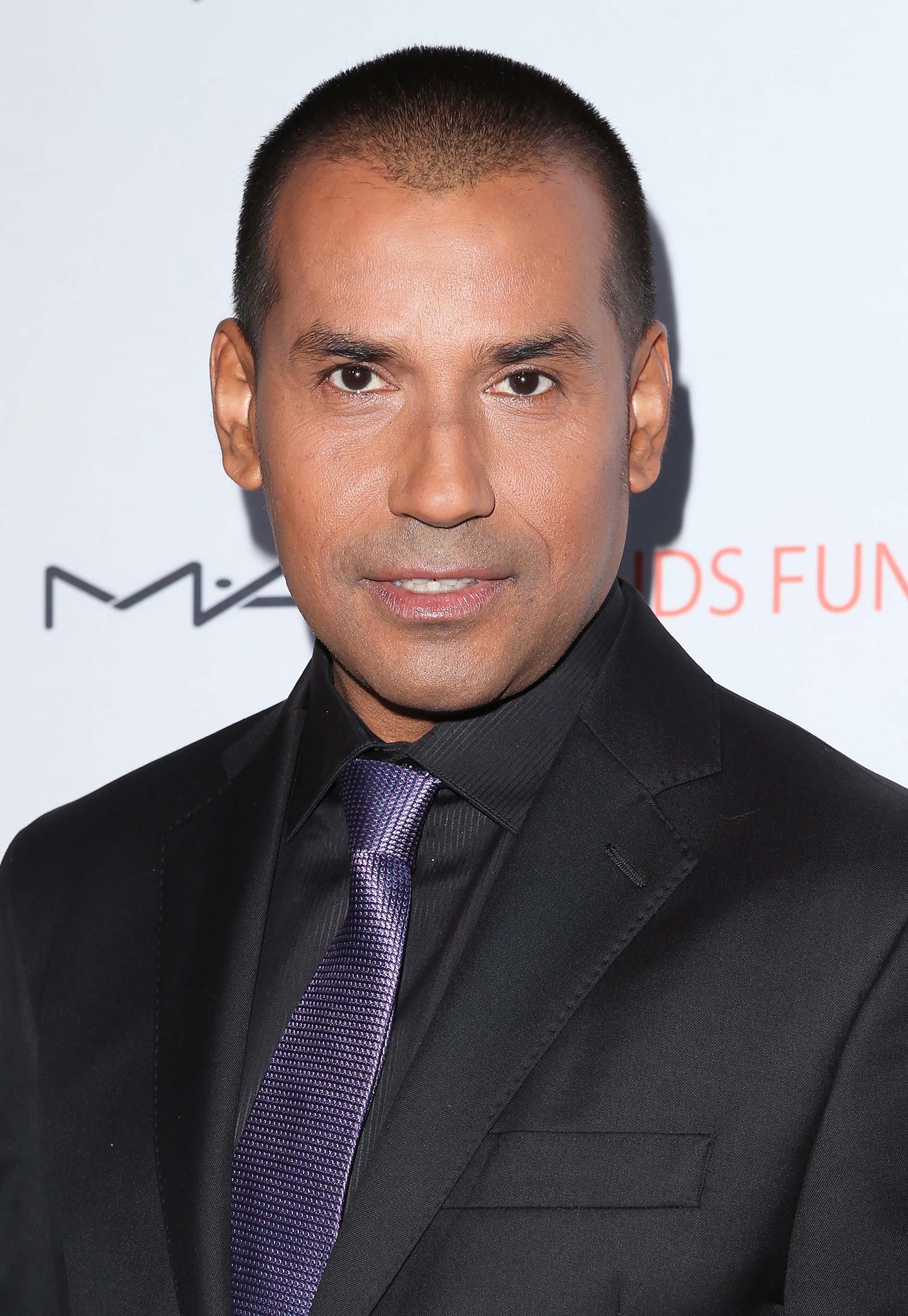 Take the music icon’s über-long braid, for example. “Bey had to go up on this super tall ladder with that wig,” Farinah told the outlet. “It was so heavy. I mean heavy! I was so scared going up this ladder with her because I couldn’t drop the weight — it could have messed her neck up and I could have hurt her. It was unbelievable.”

But let’s backtrack to the evening the dream was born. “I’ll put it this way, it started one night that I went to do Beyoncé’s hair,” the hair expert recounted. “It was like around one o’clock or two o’clock in the morning. And she said to me, when I finished, she’s like, ‘Hey, I want to talk to you. I’ve been saving this baby for a moment now, and I want to do it.’ And I was like, “What is it?’”

“She started showing me all these picture references. And I said, ‘Wow, they’re beautiful. What is it all about?” And she’s like, ‘I want to do a movie and I want you to do this masterpiece with me.’”

After that, Farinah got to work — fast. He assembled a team of badass hairstylists, a.k.a., “the most phenomenal black hairstylists” on social media. “I spoke to Beyoncé Tuesday night and I had all the hairstylists at my salon on Wednesday because she wanted this done by Friday!” he explained. “I was blown away. There were like 10 to 12 amazing hairstylists at my doorstep and they were ready to work.” 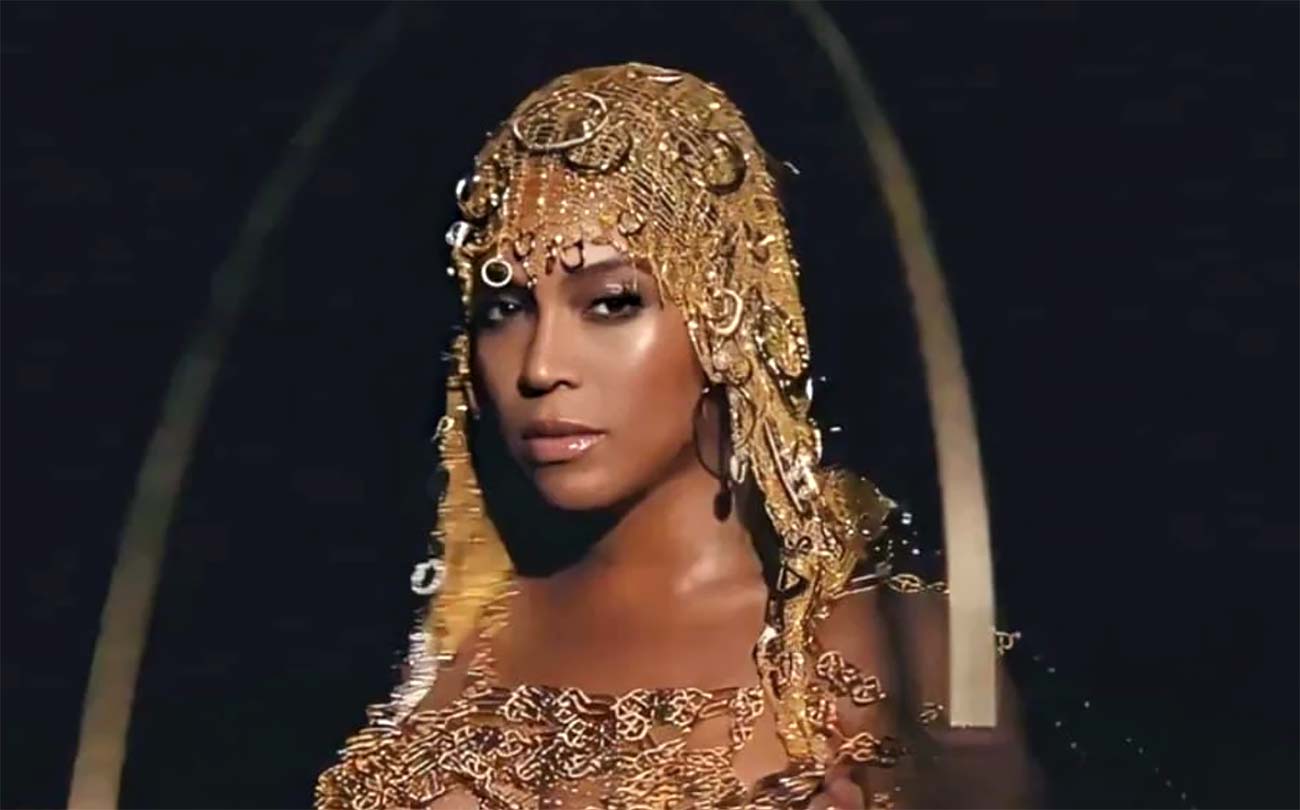 If you’ve seen the film, then you’re well-aware of how many fabulous hairstyles are featured. Not to mention the fact that each look was inspired by the beauty and culture of Black hair. Some of the many looks included Egyptian headdresses, Bantu knots and Fulani braids.

Nevertheless, they pulled through. “If I were to do it again, I would have the same team,” said Farinah. “They were phenomenal. Everybody came out and everybody shined.”

Listen on Spotify to Get Tressed With Us to get the details of every hair love affair in Hollywood, from the hits and misses on the red carpet to your favorite celebrities’ street style ‘dos (and don’ts!)