A WOMAN revealed her now ex-husband proposed with a fake engagement ring – and the design has been compared to ‘weird sperm’.

She revealed her ex had splashed on what she thought was a gorgeous ring, but was horrified when it started turning green a few weeks later, as it was made from copper.

Despite admitting she didn’t know much about jewellery, she knew
enough to chuck him.

She said: “This is the ring my ex-husband proposed with.

“I never knew that much about jewellery.

“Discovered a few weeks later when the ring started turning copper that it’s not real.”

Snaps of her ring were uploaded to Facebook group That’s It I’m Ring Shaming, where people have mocked the bling.

It’s been compared to everything from ‘weird sperm’ to something an alien would wear.

One person said: “This ring is what showed up when you look up red flags.” 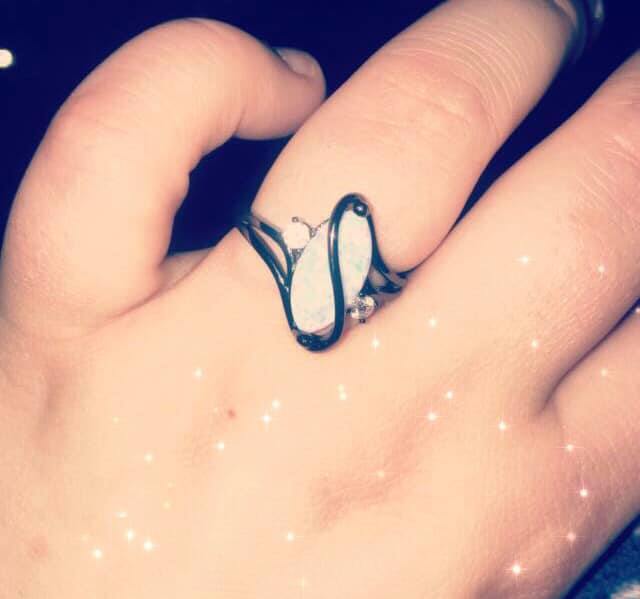 Another wrote: “This ring connects to a Star Trek transporter.”

While this person added: “That is an egg.”

Continuing with the space theme, someone else reckoned: “Alien space ship s***.”

In other proposal news, this couple's popcorn themed engagement announcement has a very embarrassing spelling mistake.

Plus this bride has been roasted for her black Sex and the City-inspired ring.

Meanwhile Poundland is selling engagement rings so women can propose this leap year.