Sarah Villafañewas claims she was asked to leave the gym at the College of Charleston, US, because of her “crop top” – which she had paired with workout leggings.

Baffled by the situation, Sarah took to Facebook where she detailed what happened.

She added that she didn’t have anything else to change in to and had worn the same outfit on other occasions.

She explained that that she was asked by a member of staff to put a different top of to provide her with “full coverage”.

Defiant, Sarah says she continued with her workout regardless – but was the forced out the manager.

She wrote: "So I just got kicked out of the College of Charleston student gym for wearing this outfit. Like not allowed to work out.

“Not allowed to because of THIS OUTFIT THAT I BOUGHT SPECIFICALLY TO WORK OUT IN.

"I've worn this same outfit all day. Went to three classes and spoke personally with each of my professors today and they didn't have a problem.

“But when I walked into the gym they asked me to put on a different shirt.

"Obviously I didn't bring an extra shirt to the gym and wasn't about to wear my flannel while working out.

“So I just said mhm ok and went about my work out pretty p***** off that they even asked me to change.

"Then, when I'm in the BACK CORNER of the gym doing abs on the floor, another staff member comes up and asks me to 'put my shirt back on.'

"And she [member of staff] says, 'You need full coverage. If you have a problem, we always have our boss here.'

“I laughed and said, 'Alright bring him over here if he has a problem.'

"A few minutes later while I'm doing more work outs on the floor, the 'boss' comes up. 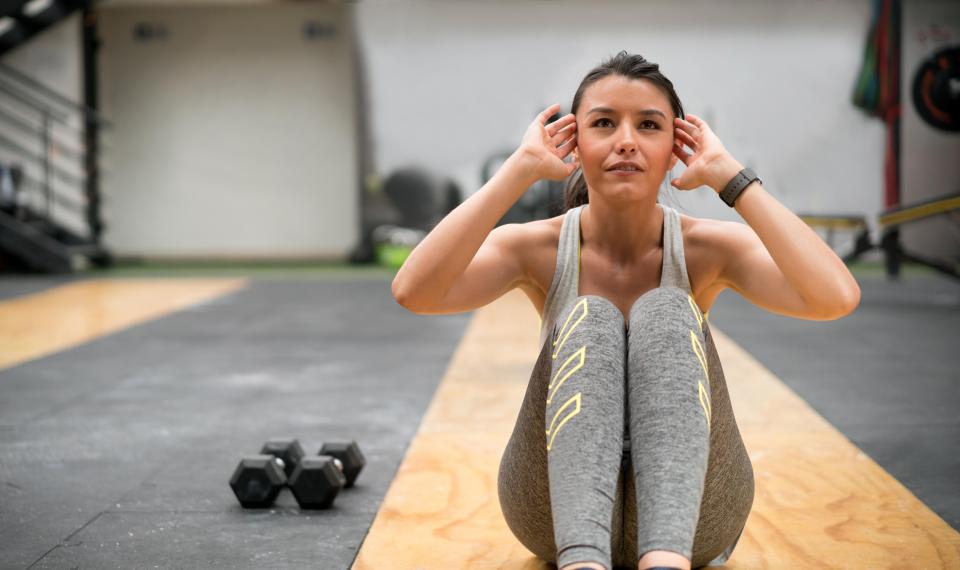 “What is the issue? Why can't I work out in this outfit? Is my belly button distracting to the general 85 per cent male demographic that your gym serves?

"I'm forced to leave, WHY? Honestly I'm so floored that I just got kicked out for this. DO BETTER COLLEGE OF CHARLESTON."

After originally being told that the "coverage" of her top was the main concern, Sarah says she was told that the gym asked her to leave due to "sanitary concerns".

Sarah's post soon went viral and, needless to say, people were outraged by what happened to her.

Another added: "Ridiculous. First of all, I've seen guys at the gym wear muscle shirts that are so low that they shift around and you can see much of their sides and nipples.

"If they can be like that, this should be fine."

What do you think?

A spokesperson for the College of Charleston told the Sun Online that they referred to a study by the National Athletic Trainers Association, they said: "[It] warns of the dangers of skin diseases that can be contracted in gyms.

"Because of this possibility, the College of Charleston and many other colleges and universities follow best practices that require people in the gym to wear a full shirt while working out in order to minimise skin exposure to possible infectious agents."

Last year, we reported how gym staff told a woman to cover her boobs because they are ‘too big’ for everyday vest top.

Would you dare to bare like Gemma Collins? Four women put THAT swimsuit to the test.

We review the best racy cut-out undies – but would YOU wear them?