A WOMAN transformed her battered concrete porch using a lick of paint from B&Q and a stencil – but vowed 'never again' after she did her knees in trying to finish it.

Jayne Warbrick decided it was finally time to tackle her porch step, which had seen better days.

The concrete was in a terrible state, with scuffs, chips and peeling bits of paint.

Jayne picked up some masonry paint from B&Q, grabbed a stylish stencil and set about transforming it.

She went for a chic black and grey theme, using two tester pots of paint for the base and one for the stencil, which only cost £9.

While the end result is incredible, Jayne has vowed ‘never again’ after admitting the project took its toll on her knees. 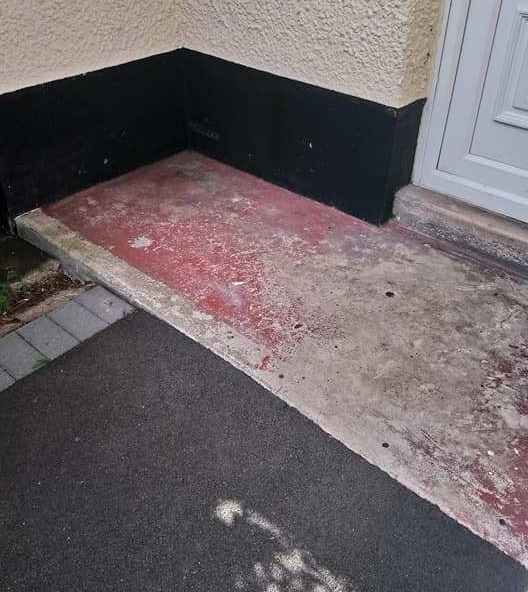 She shared her transformation to Gardening On A Budget Official, where nearly 5,000 people have liked it.

“Sealant down and one step nearer to my knee replacement… 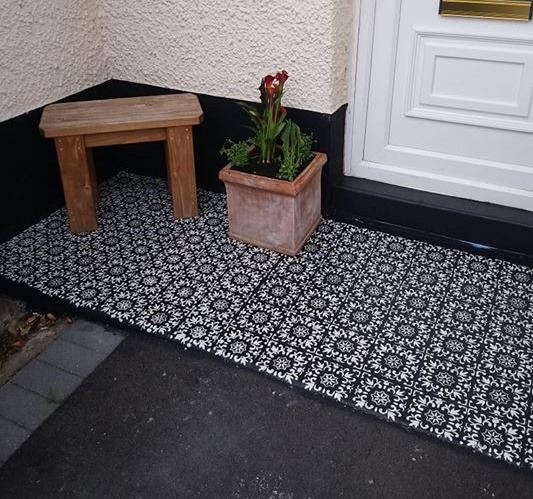 “At one point had to lie on my stomach to complete!!!!

And for anyone willing to redo their own porch despite Jayne’s warnings, she added: “It's just masonry paint, I used in total 3 tester pots 2 for base and one for the stencil… 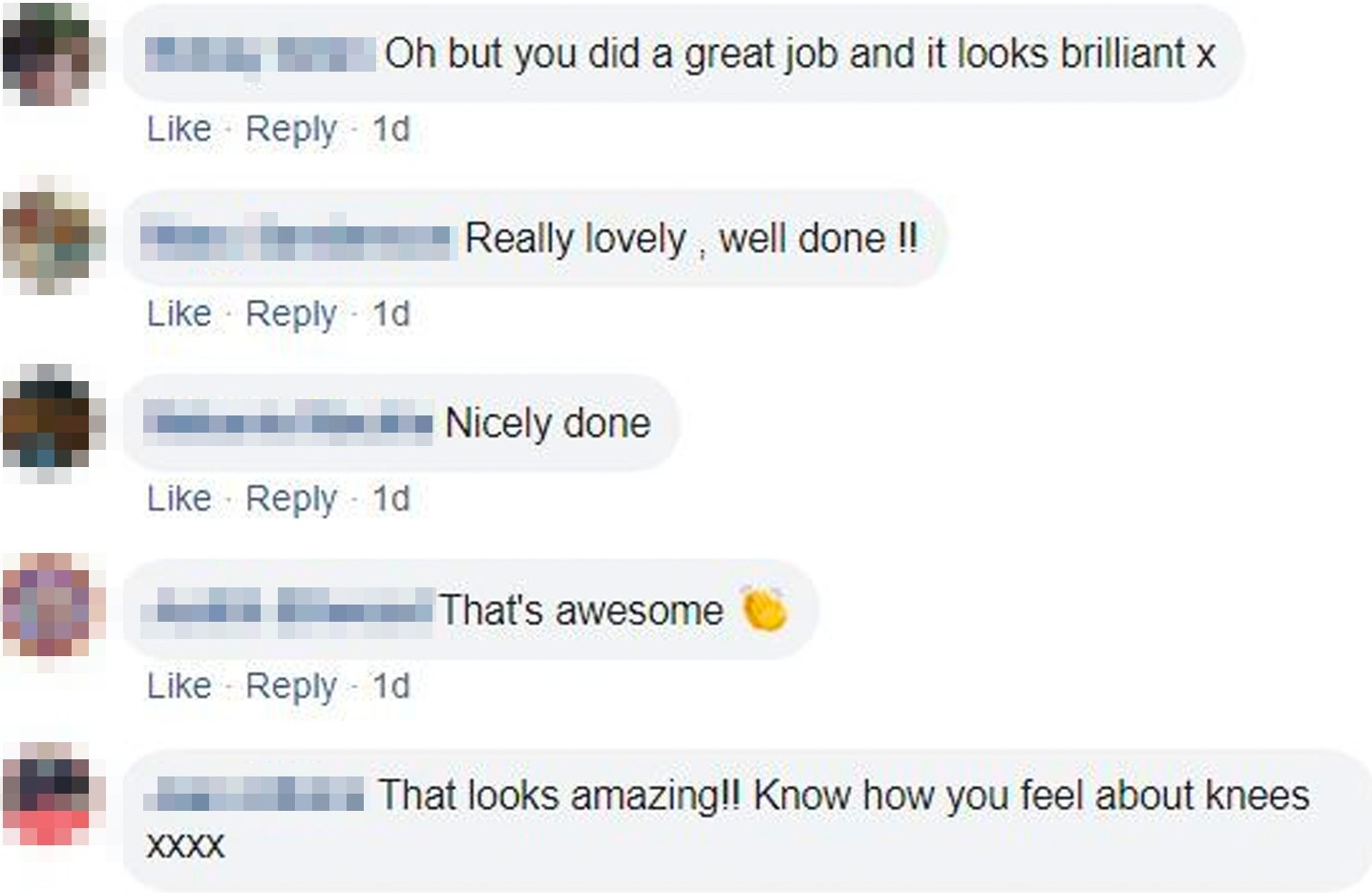 Hundreds of people have commented on the makeover – claiming it’s worth the pain.

One person said: “That looks amazing!! Know how you feel about knees.”

Another commented: “Looks great! That was worth a knee!!”

A third thought: “But worth the pain, looks amazing!”

This person said: “I totally understand ur knee pain but I've gotta say it was totally worth it, it looks amazing. Now go n put some ice on ya knees.”

While another pointed out: “Looks fab though and you’ve got another knee!!!”

Meanwhile this mum revamped her worn tarmac for just £23 as she couldn’t afford to have it resurfaced professionally.

And this woman ‘pimped’ her garden path using masonry paint  – and she’s so proud she’s banned anyone from walking on it.

Plus this woman turns her grotty patio into a suntrap for just £11 using spray paint & wants a topcoat to protect her work of art.