She was constantly beaten, stabbed and throttled by Susan Speed, 64, despite her desperate pleas for mercy. 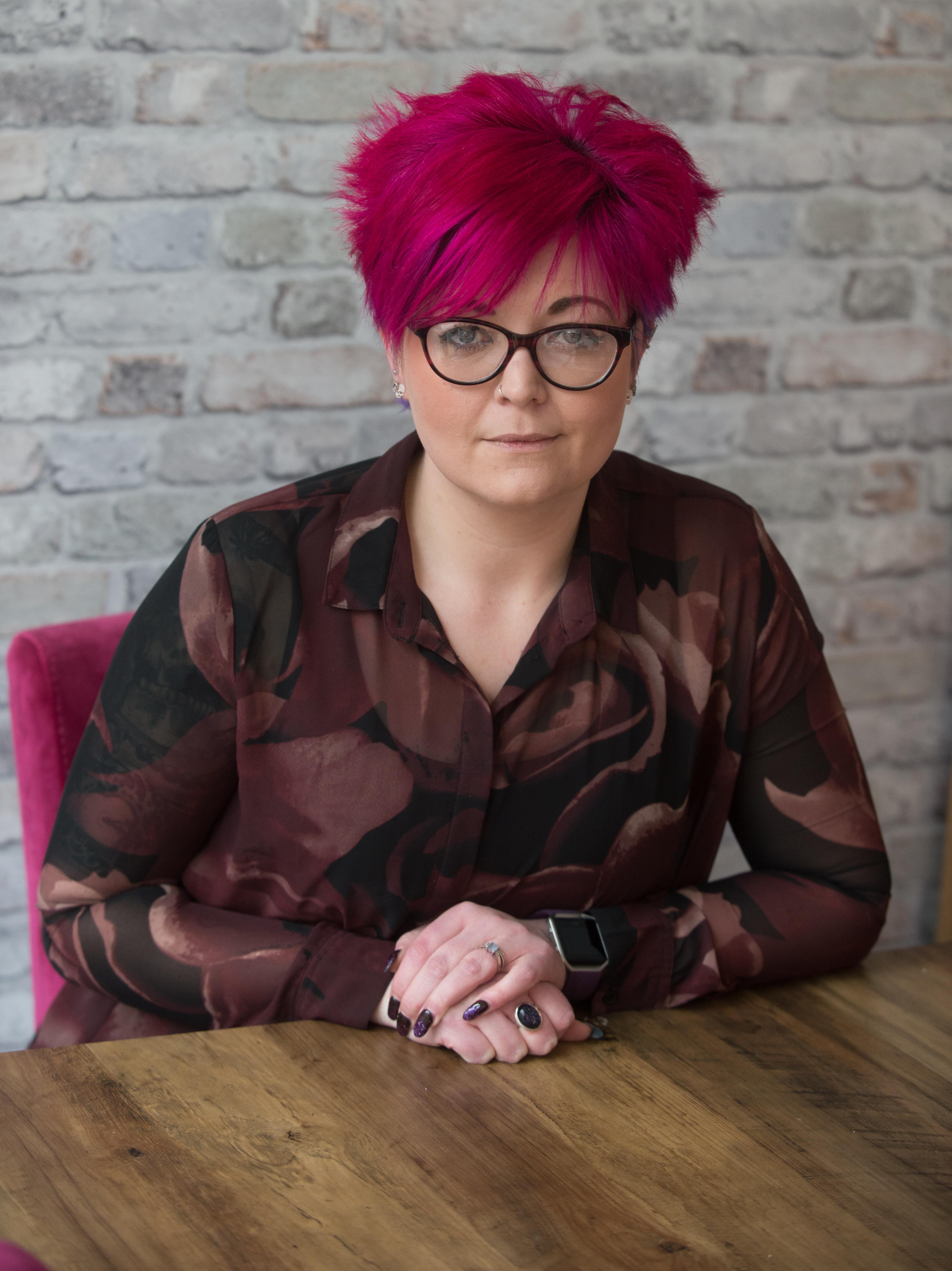 Kat, 34, from Oldham, Greater Manchester, and her younger sister *Sophie lived with the constant worry that one day their mum would take her campaign of abuse and humiliation too far and kill them.

Kat recalls: “My upbringing has had a damaging effect on my life which has resulted in counselling. I just wanted to die and I almost did. I was a kid and I wanted to die, I didn’t want to live.

"On so many occasions I feared I was going to die. I knew she was a monster, that she didn’t love us, and that the way she treated us was far from normal.

“But we had no escape, so all I could do was protect my little sister and hope for a miracle.” 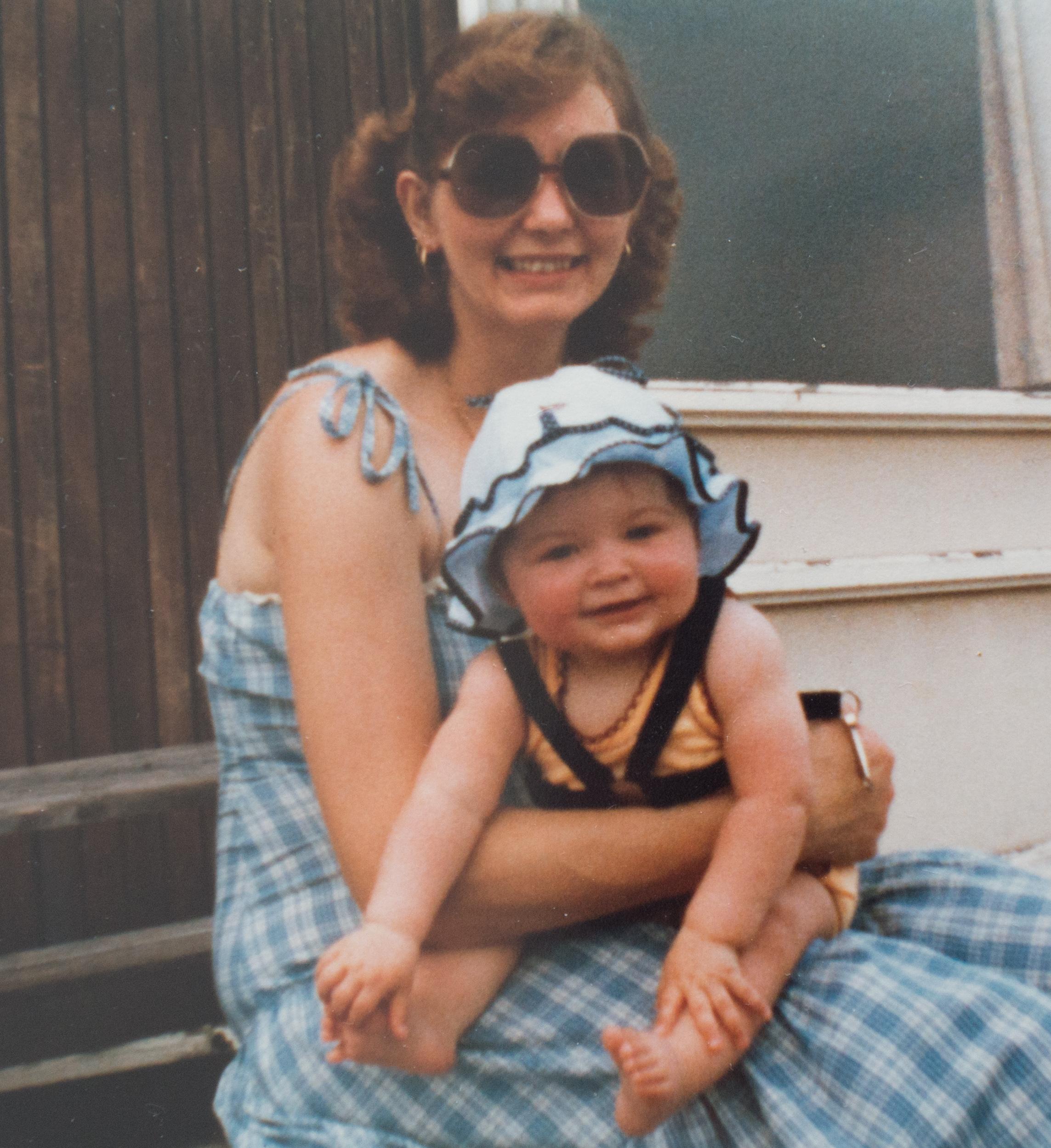 Finally in November 2017 – almost three decades after her reign of terror began – Speed was brought to justice for her sickening crimes.

Pleading guilty to charges of cruelty against her daughters between 1988 and 2002, she was sentenced to two years in prison suspended for two years.

Constantly forced to wear long-sleeved tops to hide her nasty scars, Kat was petrified of coming home from school as a child, rigid with dread of what her mum would do to her.

Often forced to take on the role of mother, Kat would do her best to protect Sophie from the violent beatings they received on an almost daily basis.

Kat claims she always knew when the attacks would happen, as she watched her Jekyll and Hyde mother transform into a monster before her eyes. 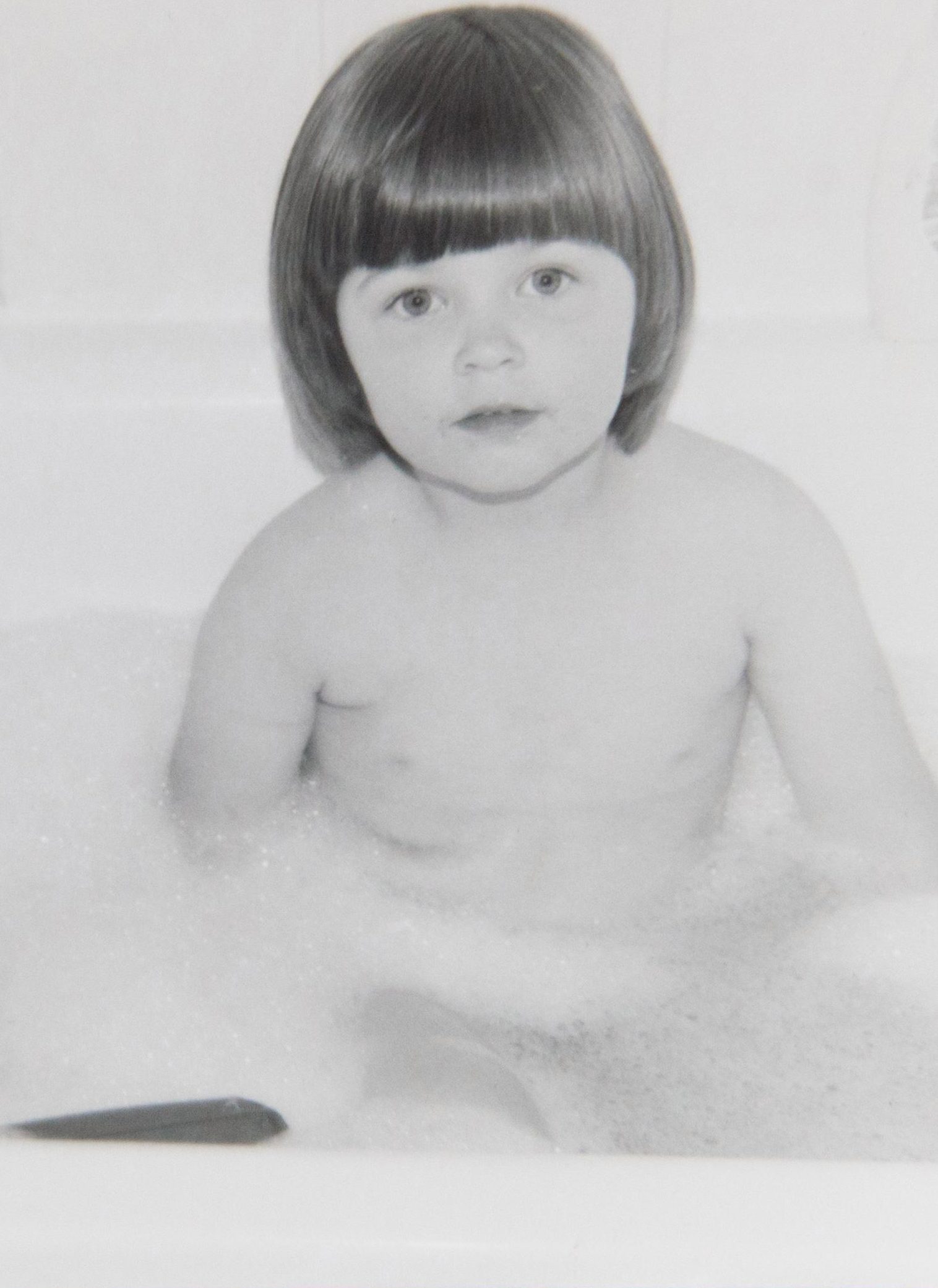 “Her jaw would suddenly jut out and she’d run at us, swinging her fists or whatever objects she could lay her hands on,” Kat recalls.

“It was like she was possessed, she was wicked.”

In the years that followed, Kat and Sophie’s lives were put in danger on more than one occasion.

“I was in the bath one night and I had purposely shut the door. I was a teenager and I wanted privacy as my body was changing,” Kat recalls.

“She came barging in and grabbed hold of my hair tightly in her fist. I asked her what she was doing, to which she snarled at me and spat, ‘I’m washing your hair!’

“Then, she forced my head under the water. I was struggling for breath and I was thrashing beneath the surface, only for her to lift me out and force me back under again.

“I remember genuinely believing that I was going to die, that she was finally going to take things too far and would kill me.

“In a final, desperate attempt to break free, I managed to bite her hand and she let go. It was horrific.” 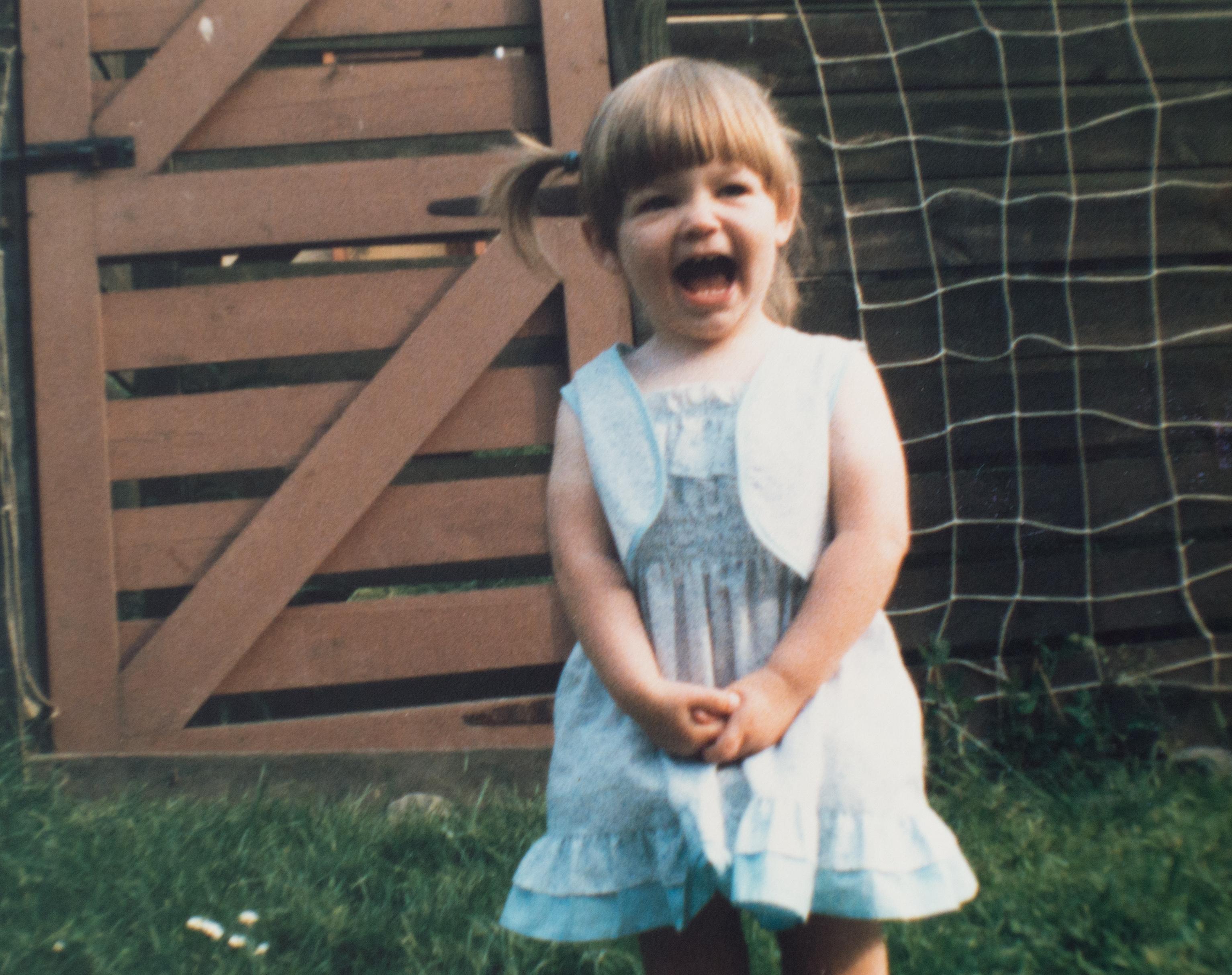 These horrendous outbursts soon became the norm and both Kat and Sophie forgot what a normal, loving family home looked like.

One Christmas, Kat and Sophie had snuggled up in bed to watch their favourite festive film – The Nightmare Before Christmas – when they heard the familiar thud of furious footsteps on the stairs.

“We braced ourselves, we knew what was coming,” Kat recalls.

“She came crashing through my bedroom door and came bounding towards me, her face twisted and contorted with rage.

“She screamed in my face, calling me ‘a racist’, as she wrapped her hands tightly around my neck and began to squeeze hard.

“I was fighting for breath and dug my nails into her hands in an attempt to break free, but it was hopeless.

“She suddenly grabbed the telephone from my bedside table and smashed the receiver over my head repeatedly. Then she wrapped the cord around my neck and hissed that I was a disgusting little racist.

“It made no sense and wasn’t true at all, she was just wicked. 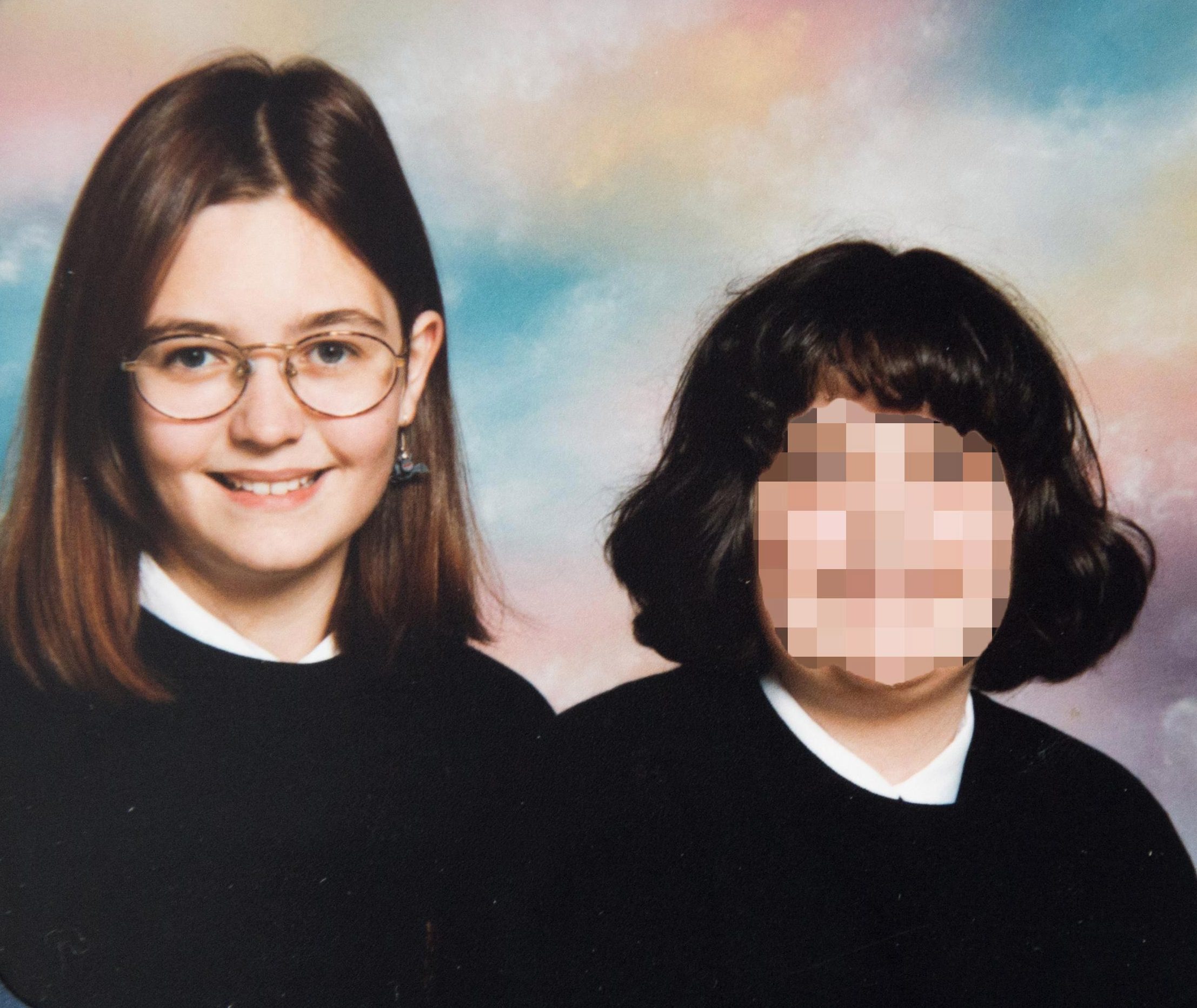 “I remember slipping in and out of consciousness and I could hear Sophie sobbing, begging mum to get off me and leave me alone.

“When I eventually came round, it was Sophie at my side, helping me and making sure that I was OK. My so-called mother was nowhere to be seen.”

The daughters became so terrified of their mum’s unpredictable attacks that they soon began hiding knives in their bedroom so they couldn’t be used as weapons against them.

They even placed a dressing table at the side of their bedroom door, intending to use it as a barricade against Speed if she began her attacks.

At the age of 16, Kat decided to leave the family home. But it didn’t stop Speed’s vile campaign of abuse against her.

Kat explains: “She would call me and leave disgusting and abusive voicemail messages. She’d call me horrid names such as ‘f***ing slag’, ‘whore’ and ‘slut’. I just couldn’t get away.”

Many years later, after turning her back on her mother for ever, Kat received a phone call from a relative who told her Speed had suffered a stroke. 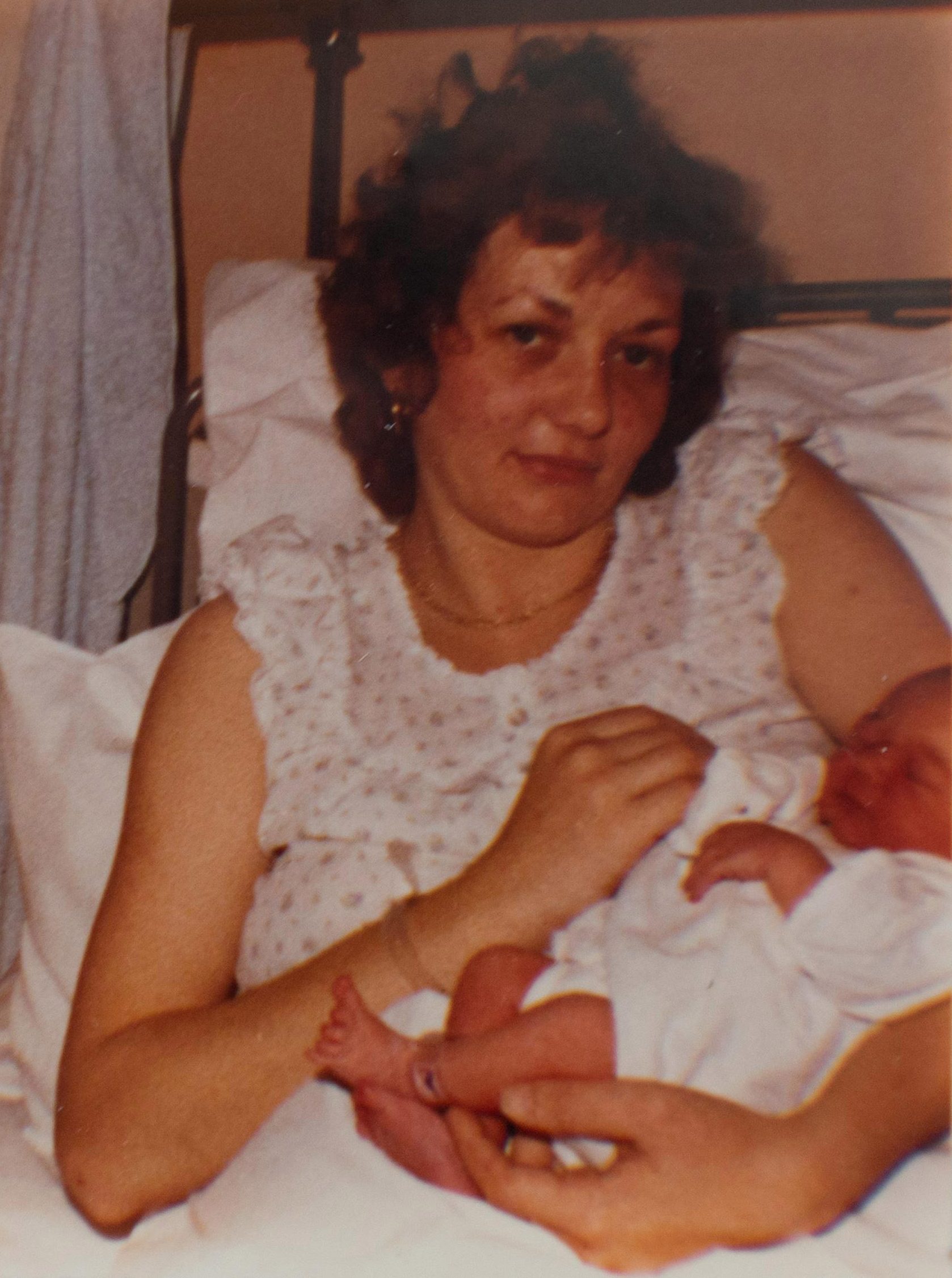 Despite everything her wicked mother had done to her, Kat rushed to her bedside in hospital.

She secretly hoped that with the years that had gone by, Speed’s awful behaviour would have improved – but sadly this wasn’t the case.

In a heated exchange, Kat told Speed to tell the truth about the years of abuse she had exposed her daughters to.

“I told her to speak out or I’d make sure the truth came out,” Kat says. “In response she said, ‘One of your f***ing fantasies,’ and I just knew it was time to speak out.”

After persuading her sister to stand with her, Kat and Sophie made a statement against Speed. Immediately both women felt a weight had been lifted.

But Kat was horrified to learn that Speed denied any wrongdoing when she was arrested by police.

In November 2017, Manchester’s Minshull Street Crown Court heard that after her arrest, Speed had told officers: “I do not understand what the problem is; I’ve never said I was a saint”.

Eventually, Speed pleaded guilty to charges of cruelty against Kat and Sophie.

Both sisters stood to face Speed in court, bravely reading out their victim impact statements in one final act of defiance towards their wicked mother.

“Despite it all, she sat there shaking her head at me, I was disgusted,” Kat recalls. 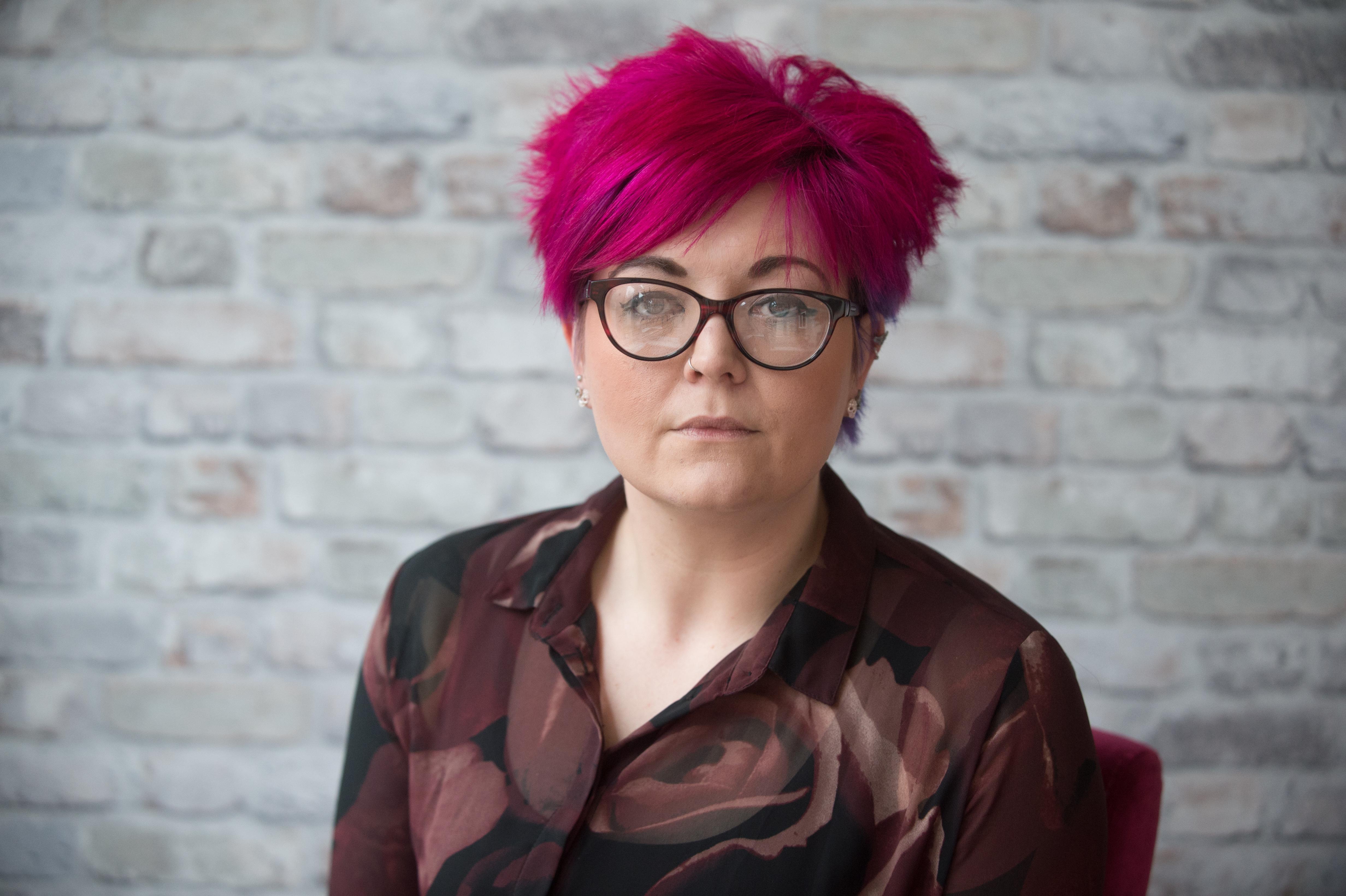 “But it made me more determined to tell her just how much her disgusting attacks and abuse had impacted my life.” 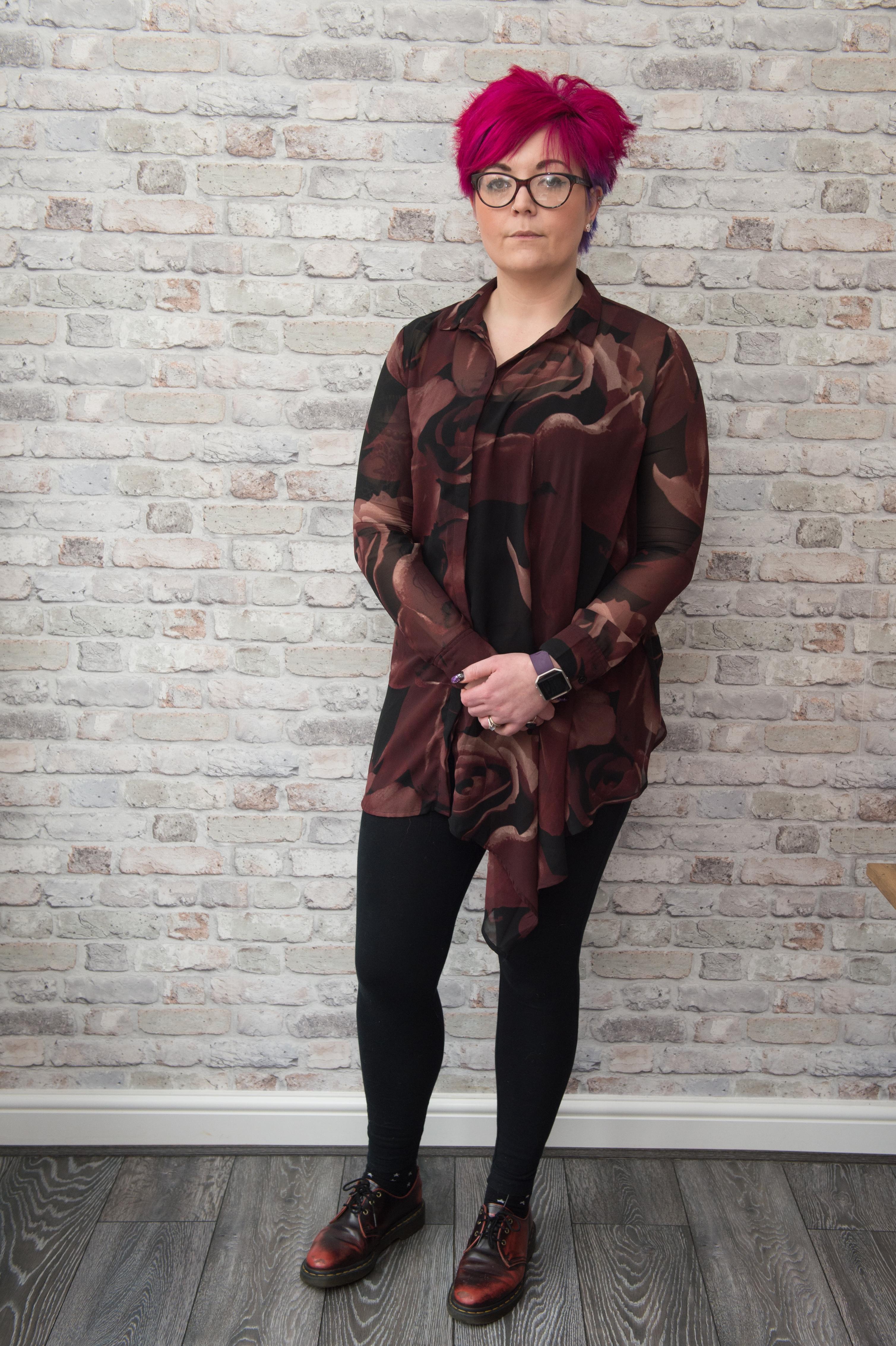 He added: “You are a bully. You manipulated your position as a parent and there were many occasions of physical abuse.

“Your children showed you compassion when you gave them nothing.”

Kat says: “I never thought I’d be believed, but when a full court room believed me while she sat shaking her head in the dock, it felt amazing.

“I truly hope she realises what she has done to us both one day, and that it consumes her entirely.

“I want people who are going through a similar ordeal to know that they are not alone. You will be listened to and you will get justice.

*Sophie is a fake name.

Last week we told how a woman who was sexually abused by her mum became a sex addict as a result.