A WOMAN has been praised online after showing off her very impressive sex toy collection as she reveals the genius way she stores them all .

Using a hanging shoe-storage sleeve, the woman has her colourful collection on full display and praises the cheap Primark buy for doing the job. 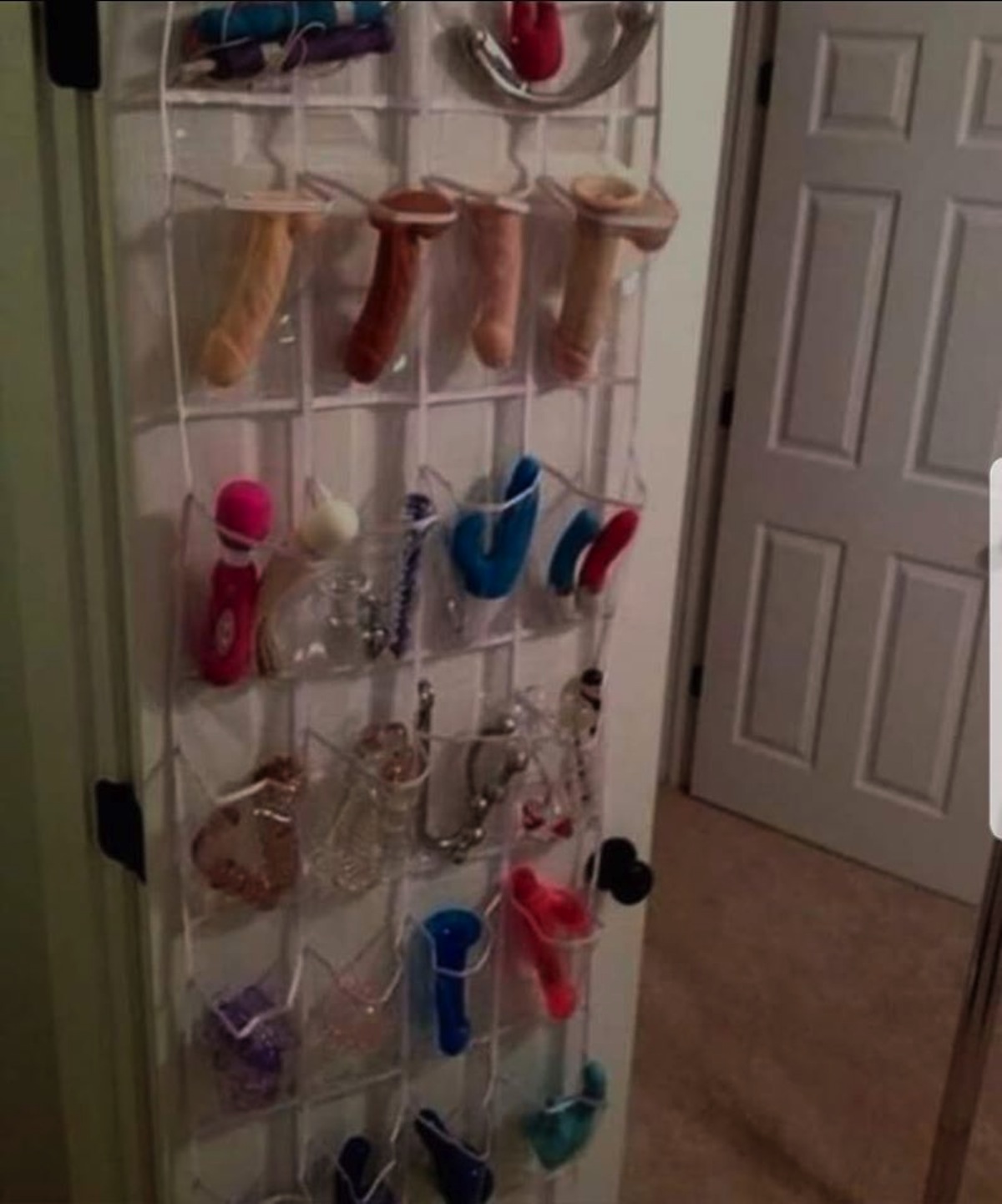 While most of us wouldn't dare share such details online, the brave woman shared a snap of her creative storage solution on Facebook which proved extremely popular with other group members – with many stunned she has so many.

Sharing in the DIY On A Budget Official Facebook group, she wrote: "I bought this today from Primark to store my toys," and added, "Not to everyone's taste, but I love it."

The post has racked up dozens of comments from women who are both shocked by the woman's forwardness, and equally impressed by her extensive sex toy collection.

Many even shared they were "envious" of her collection and wished they'd had such a selection of their own, and dubbed the storage solution "genius" and "brilliant."

"Wish I had your toys!" one person stated, while another wrote: "All I could think was lucky cow."

Amused by the snap, one woman wrote: "You're actually my hero."

And another said "Best storage I've seen on here," followed by a string of laughing emojis.

We also shared how a woman hits back at trolls who call her an ‘attention seeker’ and a ‘narcissist’ for talking about her sex life online.

Plus she also revealed how a cushion could be a ‘game-changer’ to having better orgasms.