YEARS of travelling with work had taken their toll on Emilie Ortolan.

Wining and dining clients as part of her job at a London art gallery, she would scoff 4,000 calories a day, without realising. 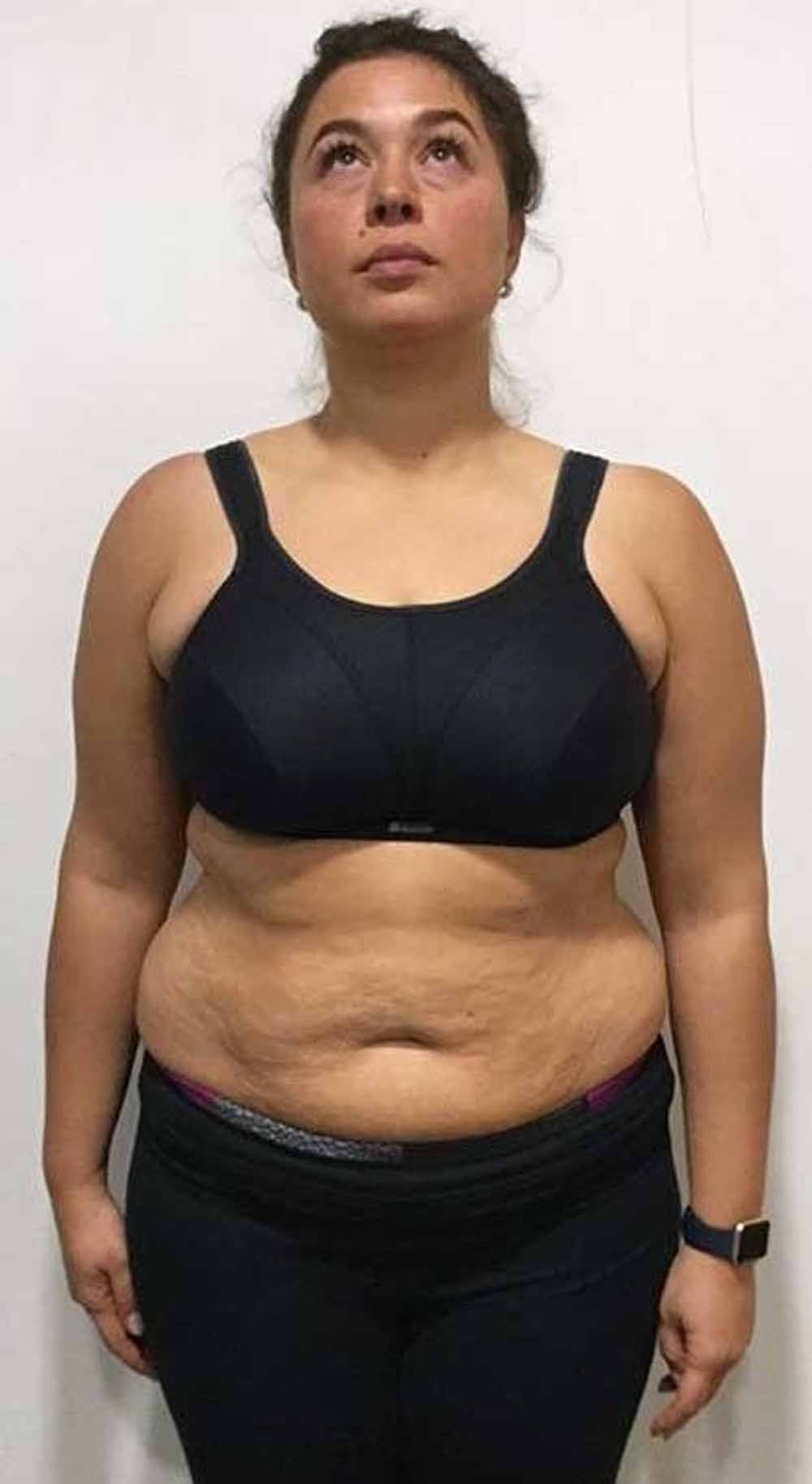 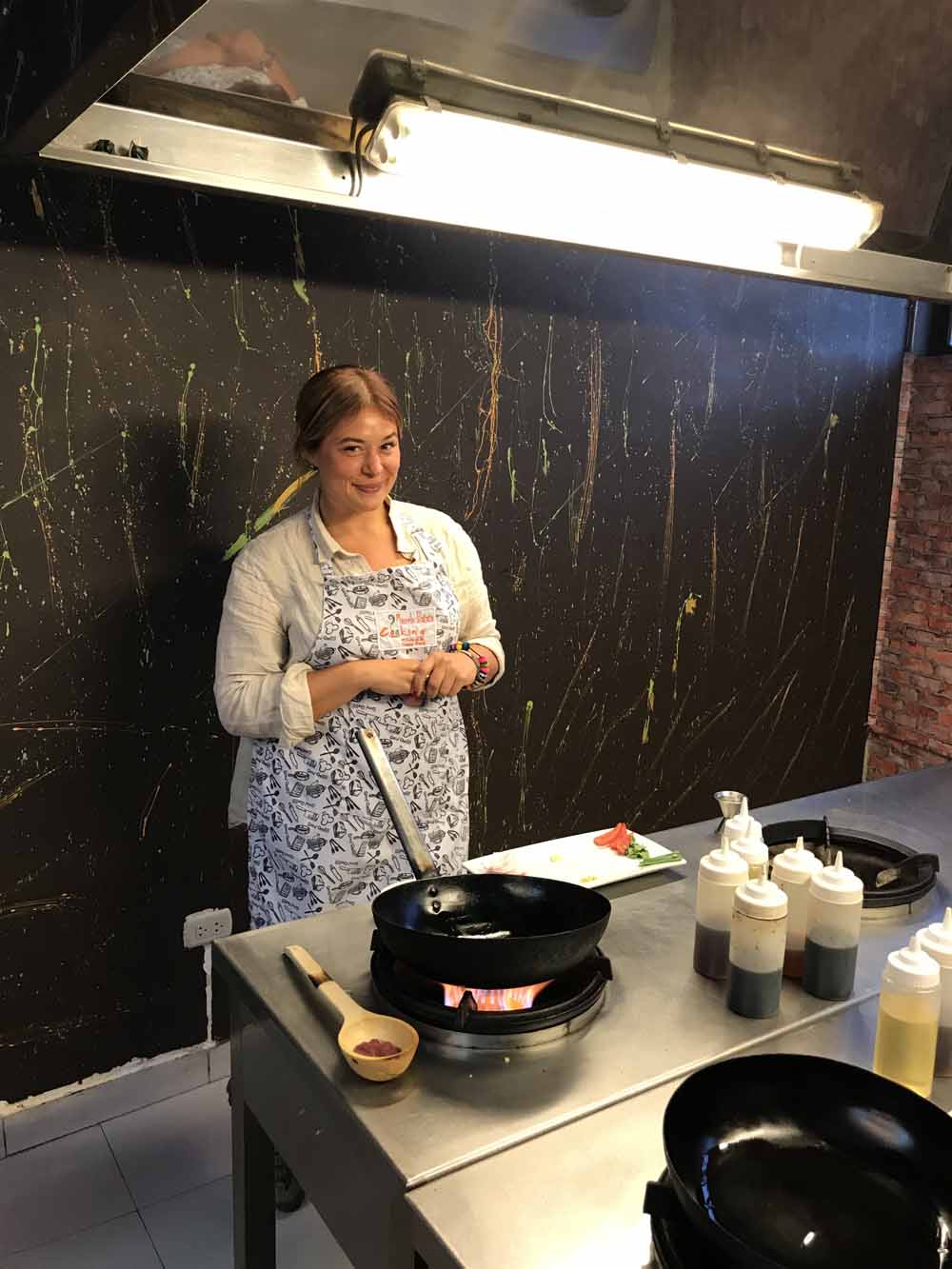 Lavish dinners in posh restaurants, washed down with fine wine and easy ready meals when she was at home, left her tipping the scales at a hefty 16st 6lbs.

As she piled on the pounds, Emilie, from East London, became more and more aware of her expanding tummy.

And in January last year, she called time on her indulgent lifestyle.

The 36-year-old vowed to overhaul her life and beat the bulge once and for all.

"When I was travelling most, I would be away for at least half the month and eating healthy food was at the bottom of the agenda," she said.

"I was wining and dining artists and clients, and entertaining was part of my job – grabbing a salad and a protein shake wasn't."

Growing up, Emilie, originally from Toronto, Canada, struggled with her weight.

But moving to London in 2005 was the catalyst.

Her dream job, as an associate director for a gallery in Mayfair came with a cost – to her waistline. 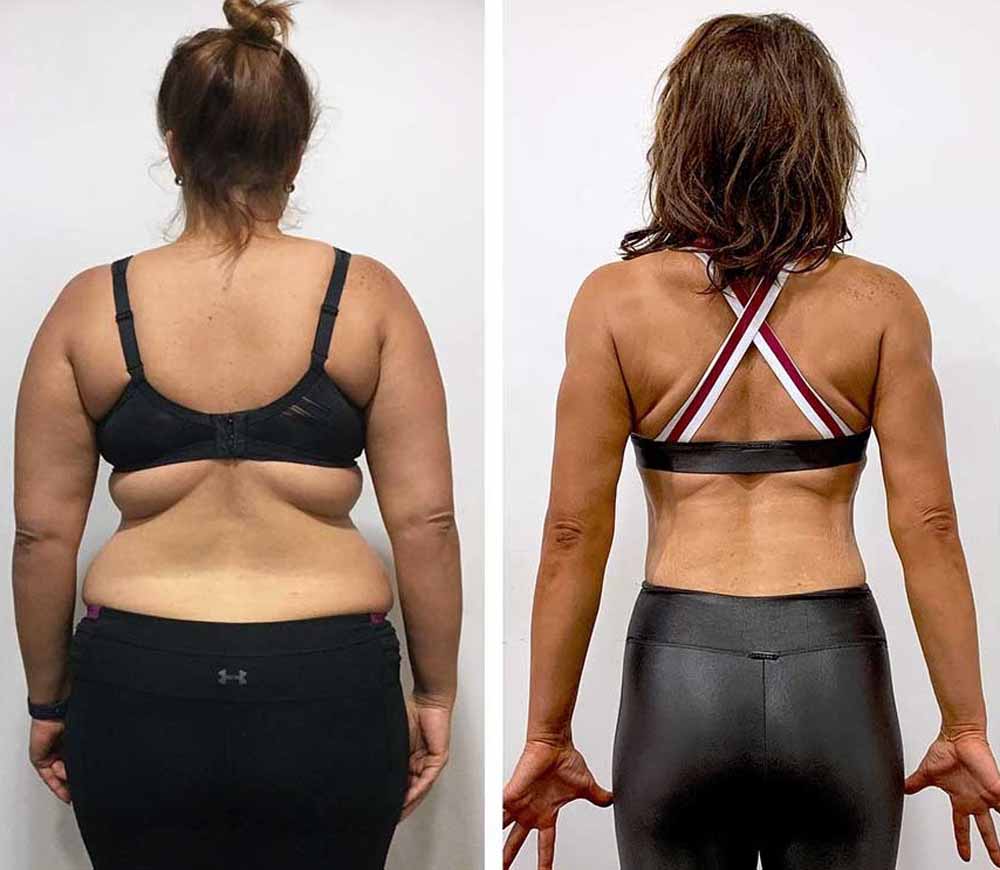 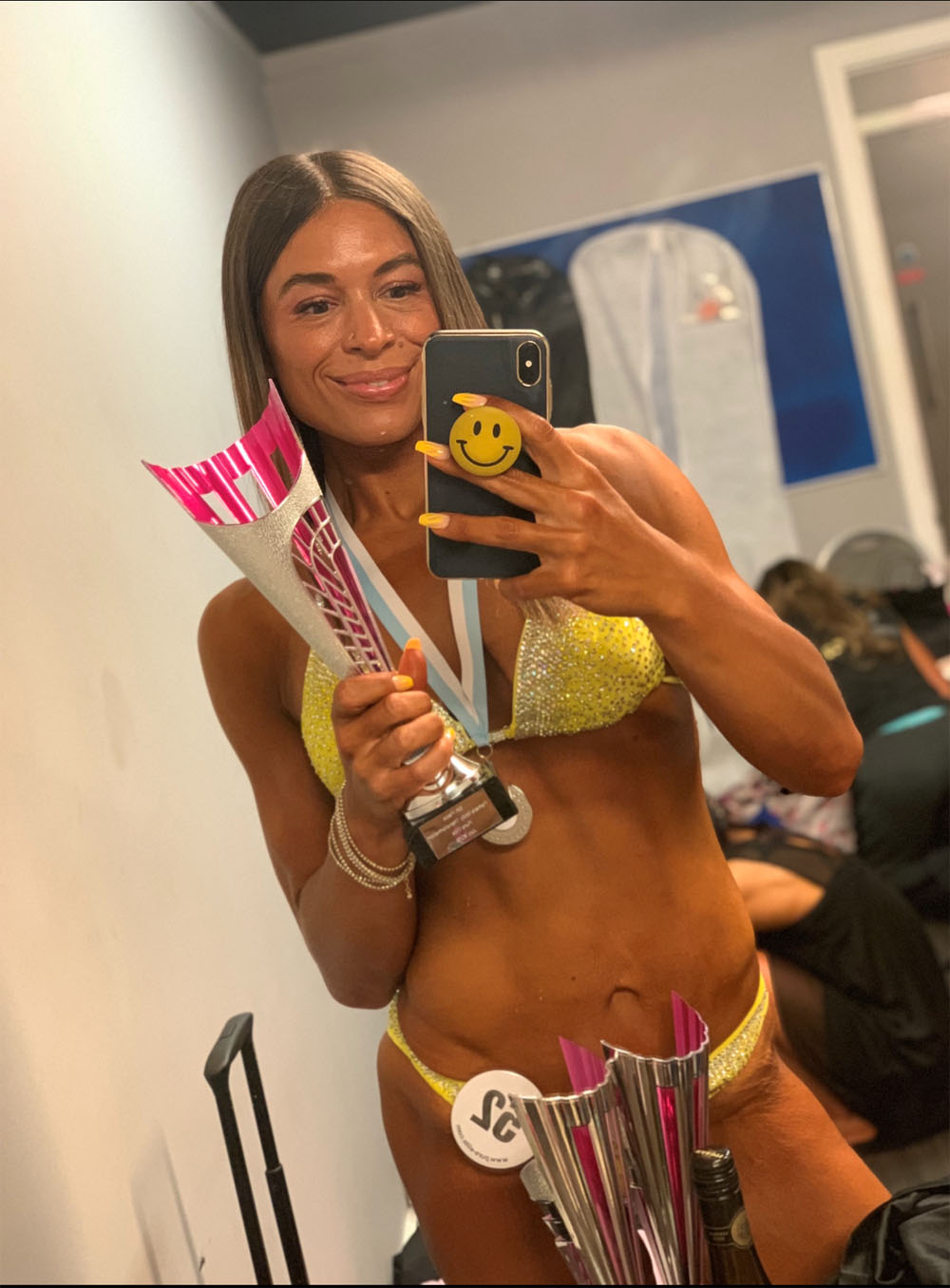 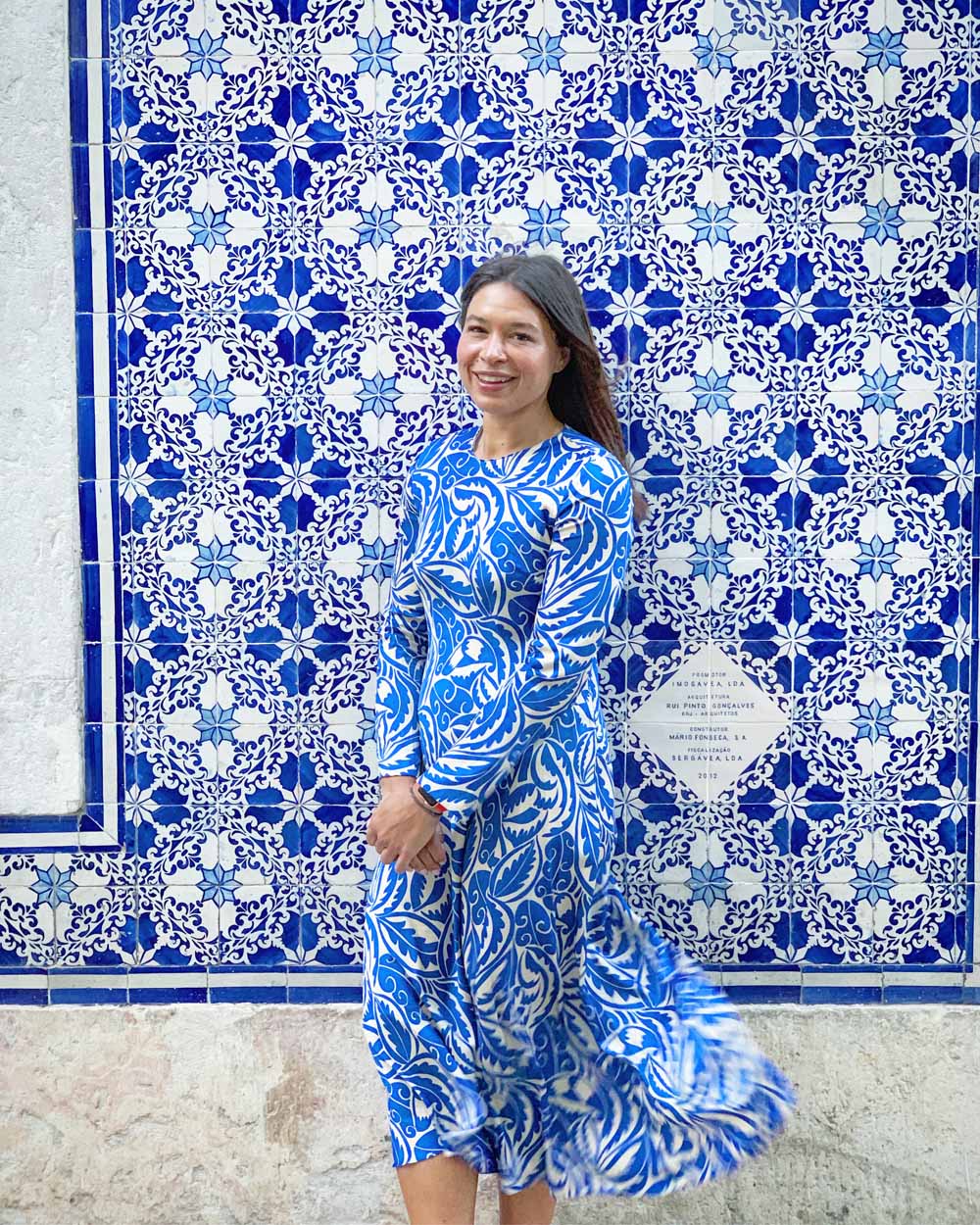 Sacrificing healthy, nutritionally balanced meals for eating on the go, plane meals and posh meals out, Emilie's weight started to creep up.

A typical day would start with a coffee and muffin, followed by a Pret A Manger baguette and chocolate bar for lunch and a dinner out with friends or clients.

Consuming up to 4,000 calories a day – twice the 2,000 recommended for women by the NHS – Emilie said a lot of her calorie intake came from booze.

There’s a lot to say for the body positivity movement of recent years… but for me, I’d latched on to that and hidden behind it, when really I wasn’t happy with my size

“It wasn’t just the eating out that was contributing to my weight gain," she said.

"A big part of my job involves taking artists out for a drink and showing them a good time."

After years of pretending to be OK with her size, Emilie "took a long, hard look" at herself and decided enough was enough.

Emilie said: "There's a lot to say for the body positivity movement of recent years and it's brilliant that women of all shapes and sizes are being taught to embrace how they look, but for me, I'd latched on to that and hidden behind it, when I wasn't really happy about my size.

“I wanted to be able to fit into a pair of jeans without having to ask for the next size up, or be able to run for the bus and not be completely out of breath.” 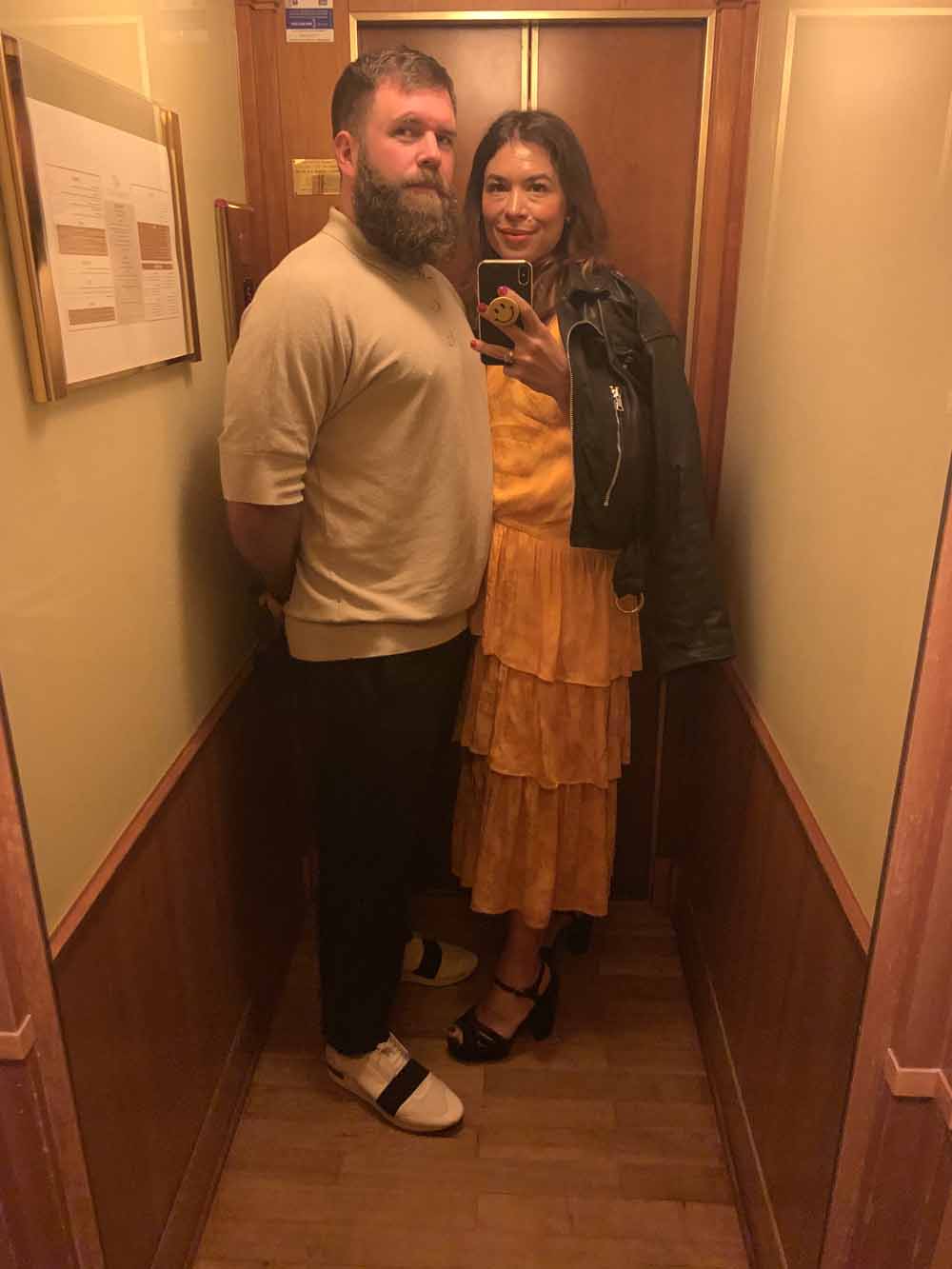 The day before kick starting her transformation at the gym U.P Fitness, Emilie went on a date with Daniel Pettifer, 40, a product developer.

"He's been there for the whole journey and has been nothing but supportive of me," she said.

"He's seen me get happier and happier too."

Emilie had personal training sessions three times a week, and slashed her calorie intake to just 1,490 a day.

Soon she saw the pounds dropping off.

“At first it was incredibly hard,” she said.

“Even lifting one of the weights felt like the hardest task in the world but having my trainer there to motivate me made the world of difference."

Emilie set herself a goal weight of 14 stone, and a year later she smashed it, weighing 11 stone with her weight still falling.

“My entire adult life I’d never been below 14 stone and all of a sudden I found myself hitting new goals,” she said. 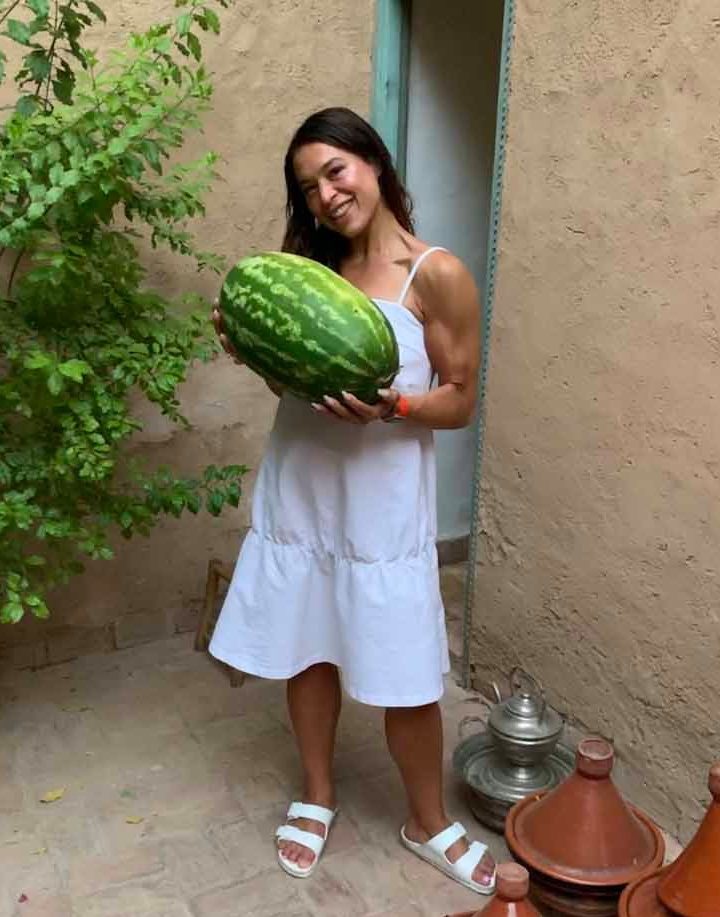 “That was key for me, setting small, manageable goals.

"If you’d have told me straight away that my goal was 11 or 10 stone, I would have just given up.”

And to celebrate she took part in a bikini competition, coming fifth in the transformation category.

Now, she no longer keeps an eye on the number on the scales, rather focusing on her fitness and strength levels.

“Every week there’s something that reminds me of how far I’ve come,” she said.

“I was recently in Lisbon, Portugal, with Dan and we clocked the scooter we were riding had a weight limit to it – there’s no way I would have been able to jump on it with confidence before my transformation.”

Her weight loss has also given her a “can do” attitude.

“There have been so many instances through my training where a voice in my head said, ‘You can’t do this.’

“Every time I think that, even before the thought has fully formed in my head, my trainer, is saying ‘Yes you can!’ – and I always can.

“That’s a voice I hear when I’m not in the gym, and it’s a voice that’s carried over into other parts of my life as well.”

She added: “Anything that I’m finding challenging, from work to personal life, I’m able to push through it all, whether it’s signing up for a new hobby or securing a new deal with work.

“Now I want to progress, and get to the next step, and I never had that motivation in me before.”