At her largest, Hannah Hails, 42, topped the scales at 33 stone and struggled to even get up the stairs – but she has shed an impressive 18 stone. 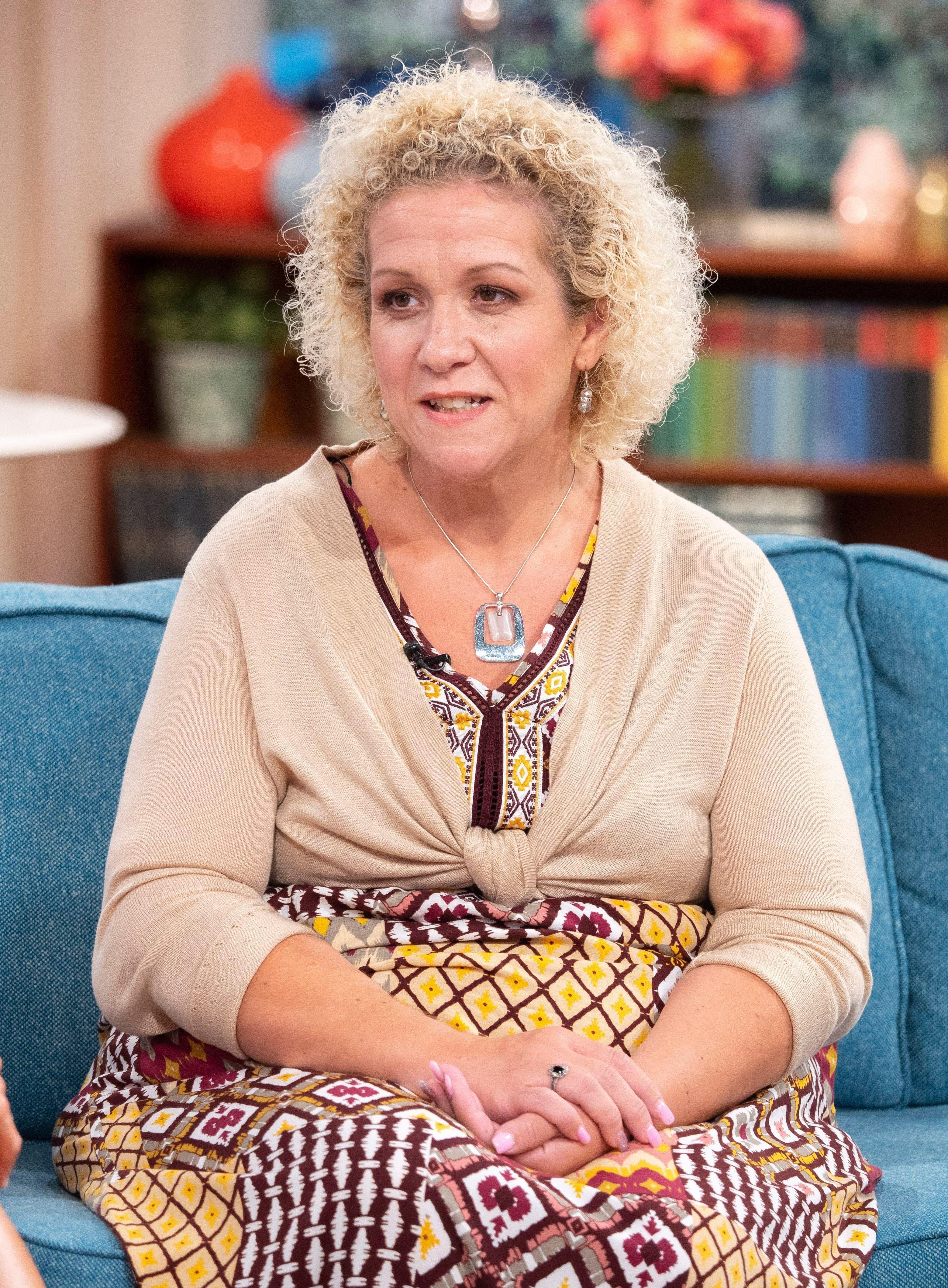 The determined single mum appeared on This Morning today to share how she had received a gastric balloon and gastric bypass and lost more than half her body weight over 12 months.

Now she has been left with rolls of skin that hang to her knees and was dealt a further blow when her husband of 22 years "walked out on her".

After two months alone Hannah plucked up the courage to try Tinder – but openly faces rejection by sharing pictures of her skin to potential suitors before meeting up.

Speaking to Ruth Langsford and Eamonn Holmes, she said on today’s show: “I think because people look at me and they don’t see what is going on underneath, in effect I look fairly normal with my clothes on. 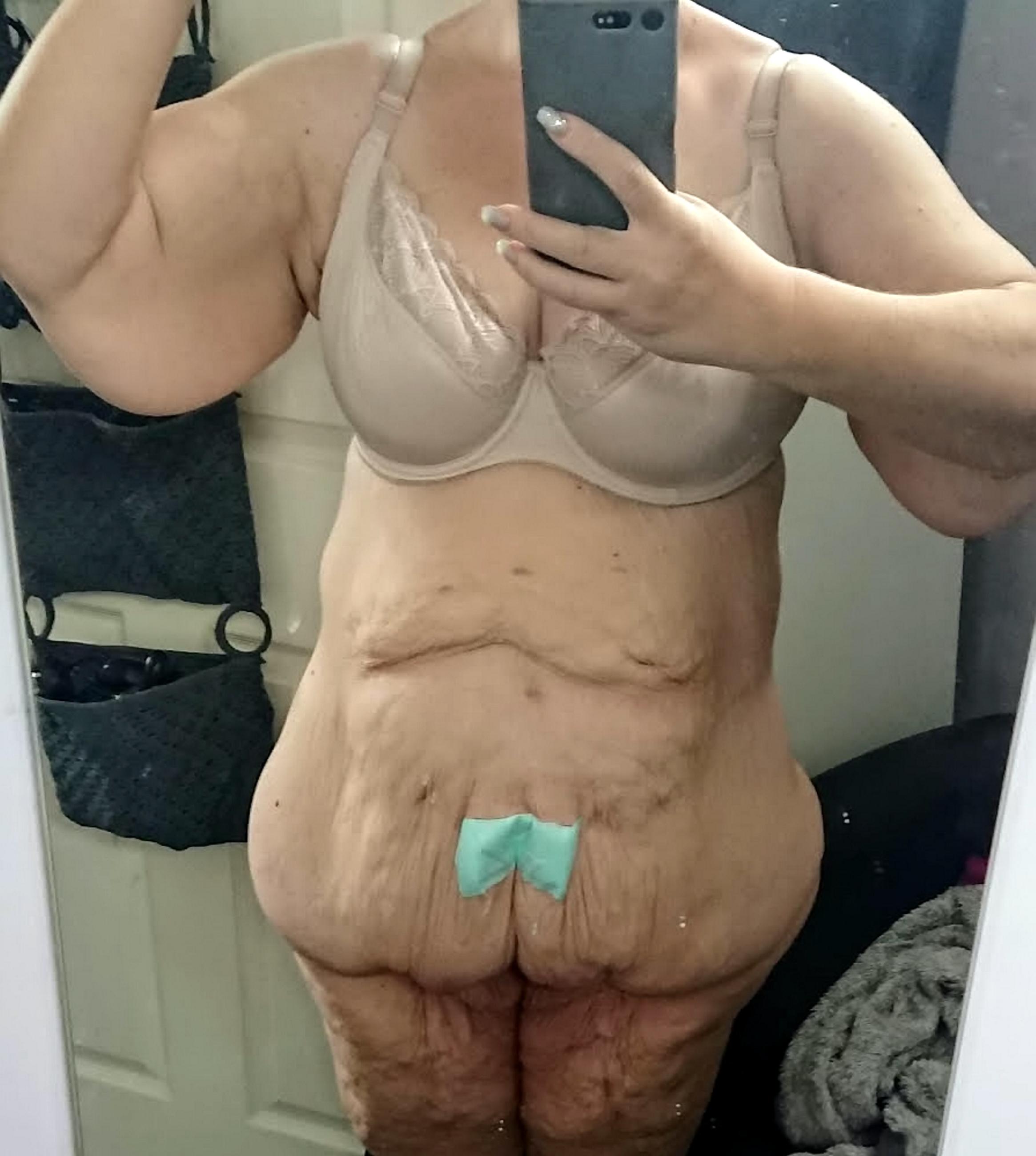 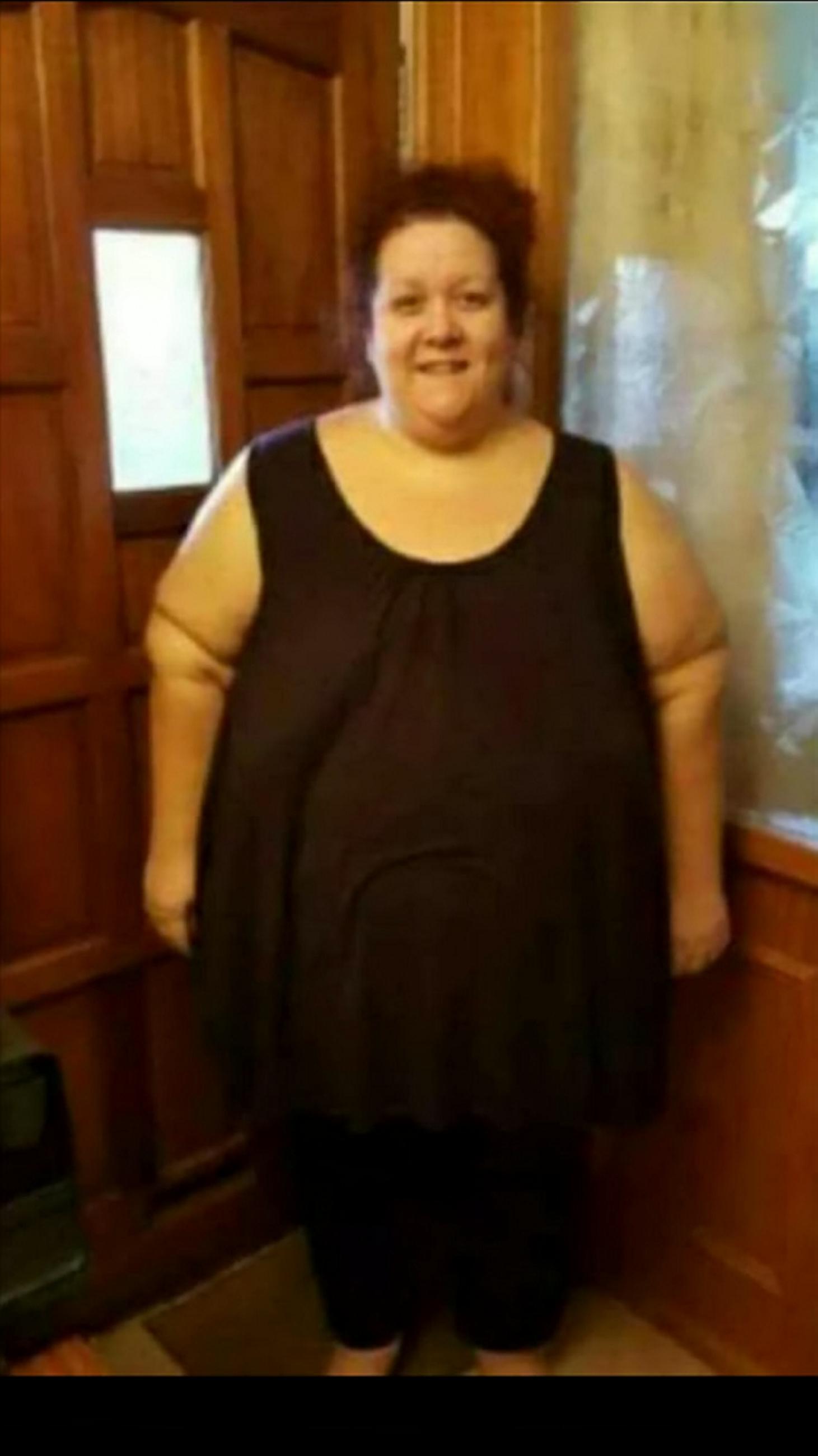 “So I didn’t want it to be a shock for it to get that far and people to almost say it is ‘false advertising'.”

Ruth asked if it was a difficult decision to bare all on social media, and whether it would have been easier to keep her skin under wraps.

Hannah admitted: “I did wrestle with it but the conclusion I came to was, if they are going to reject me, reject me before it is a face to face thing because I don’t think I could handle that.

“It’s a good way of weeding out people that I wouldn’t want to spend time pursuing anyway.” Now size 16, Hannah has had to develop a thick skin on Tinder, particularly after one cruel encounter she had with a man from London on the app.

After messaging back and forth for 10 days they arranged to meet at a hotel.

In a bid to "prepare him", she sent him a saucy snap of her in her undies – but was devastated when he cut off all contact.

Brave Hannah from Pulborough, West Sussex, has vowed not to let his rejection bring her down – but is now crowdfunding a skin removal op to give her more confidence.

While the bypass procedure took place on the NHS when it comes to removing excess skin Hannah said it is nearly impossible to receive funding. 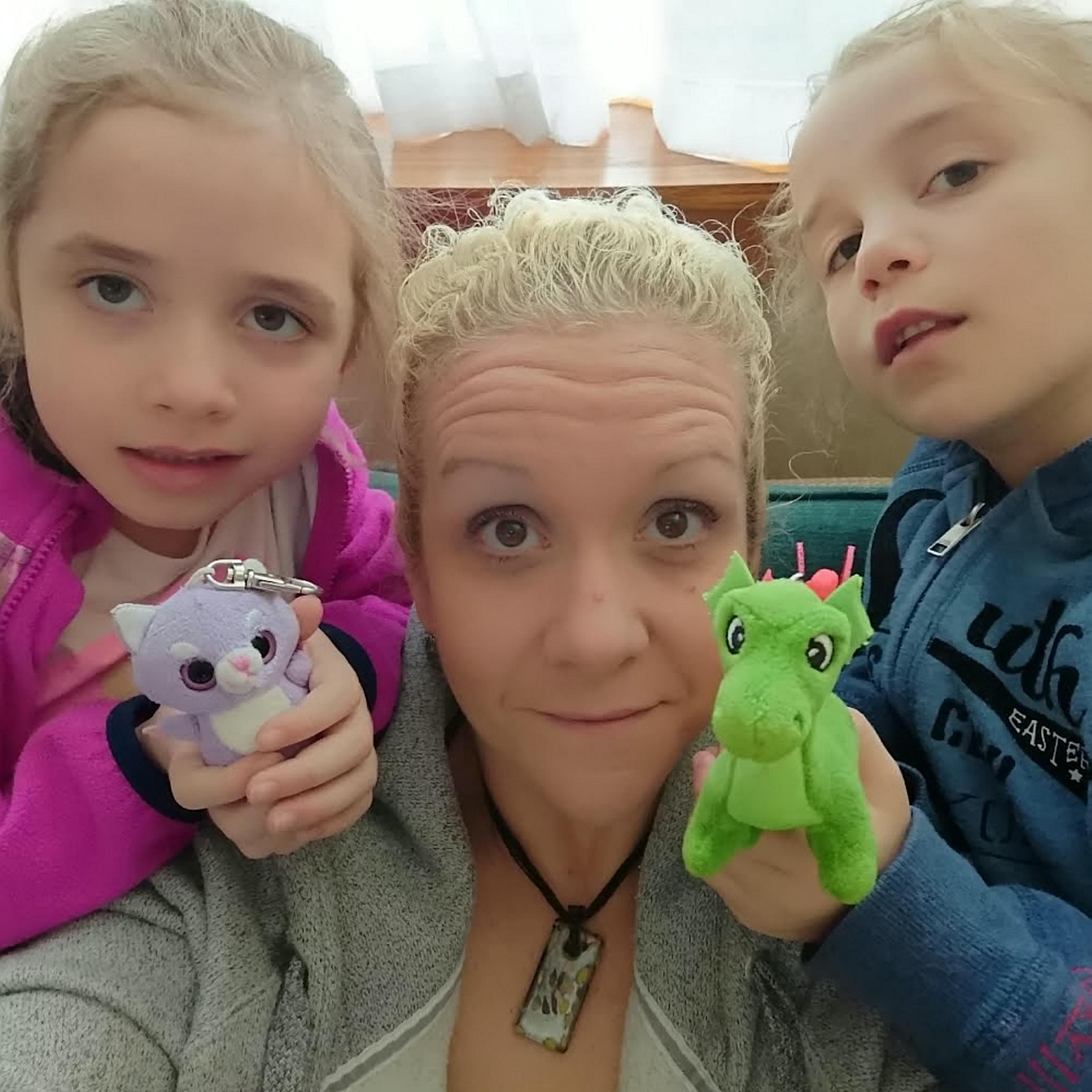 Now she is planning to fund it herself, but it’s certainly a pricey job.

When asked about the estimated figure, she told the hosts: “I believe with three operations, for the arms, the main body and the lower body around £25,000”.

Hannah was with her husband for 22 years before the marriage broke down.

She said: "He was my entire world and I've never been with anybody else, so finding myself alone was particularly hard.

"I don't regret the gastric bypass as I don't think I would be here today without it but right now I just feel completely unloveable.

"I just want to get to a point where I have the confidence to be intimidated with someone again. Not in terms of sex but have someone to do the little things with.

"I just feel utterly hopeless at the moment. I just want another chance at finding love and happiness." 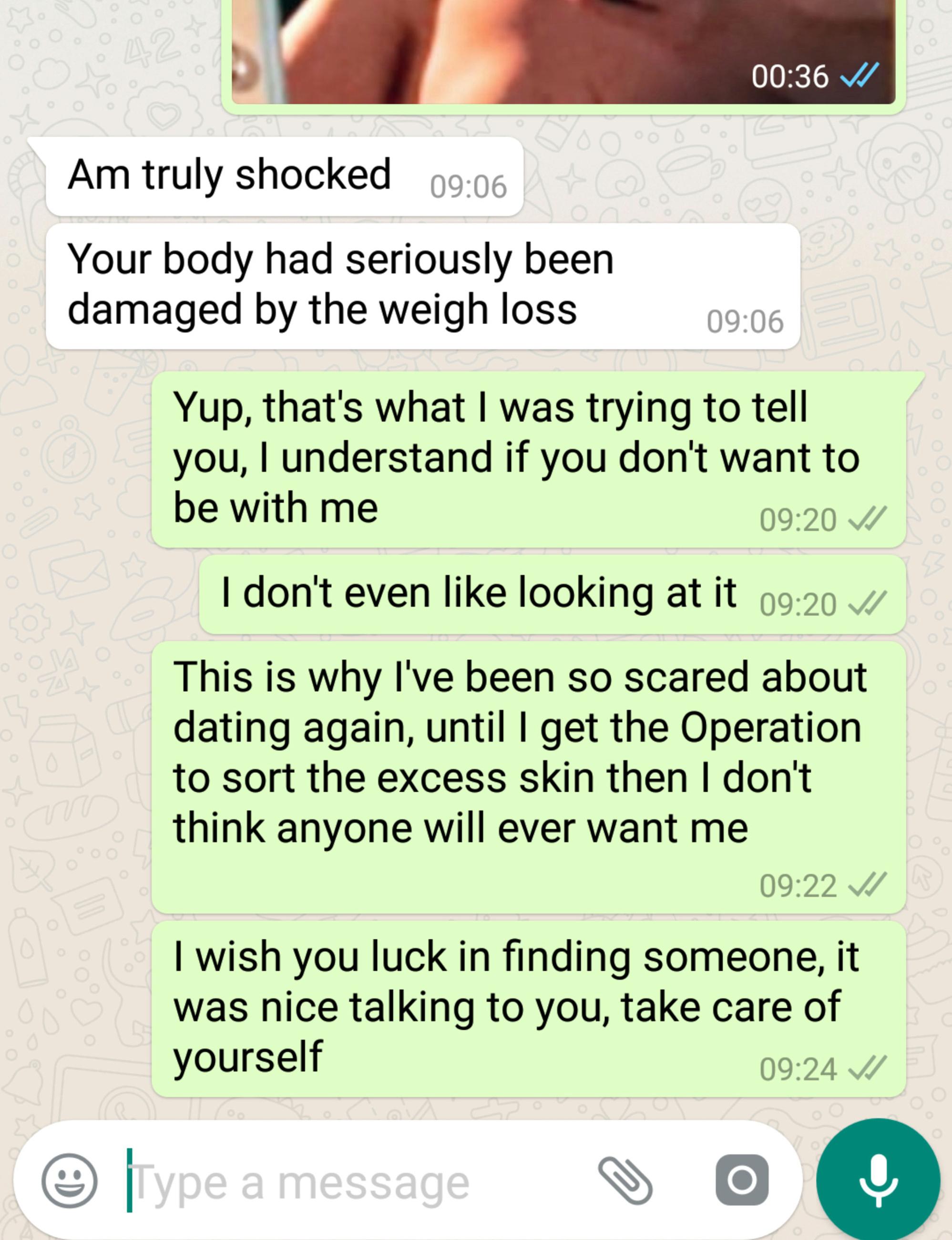 Hannah was a size 22 after giving birth to daughter Alice in 2012, and suffered symphysis pubis dysfunction – a severe pelvic pain.

It left her housebound and depressed and she ate her way to 33 stone and was forced to sleep on a make-shift bed in her front room.

She admitted: “I just didn't have a quality of life. I couldn't make it up to the marital bed as it was too much of a struggle making it up the stairs.

"My kids were getting to an age when they wanted to go and play in the park but I would struggle making it to the front door. 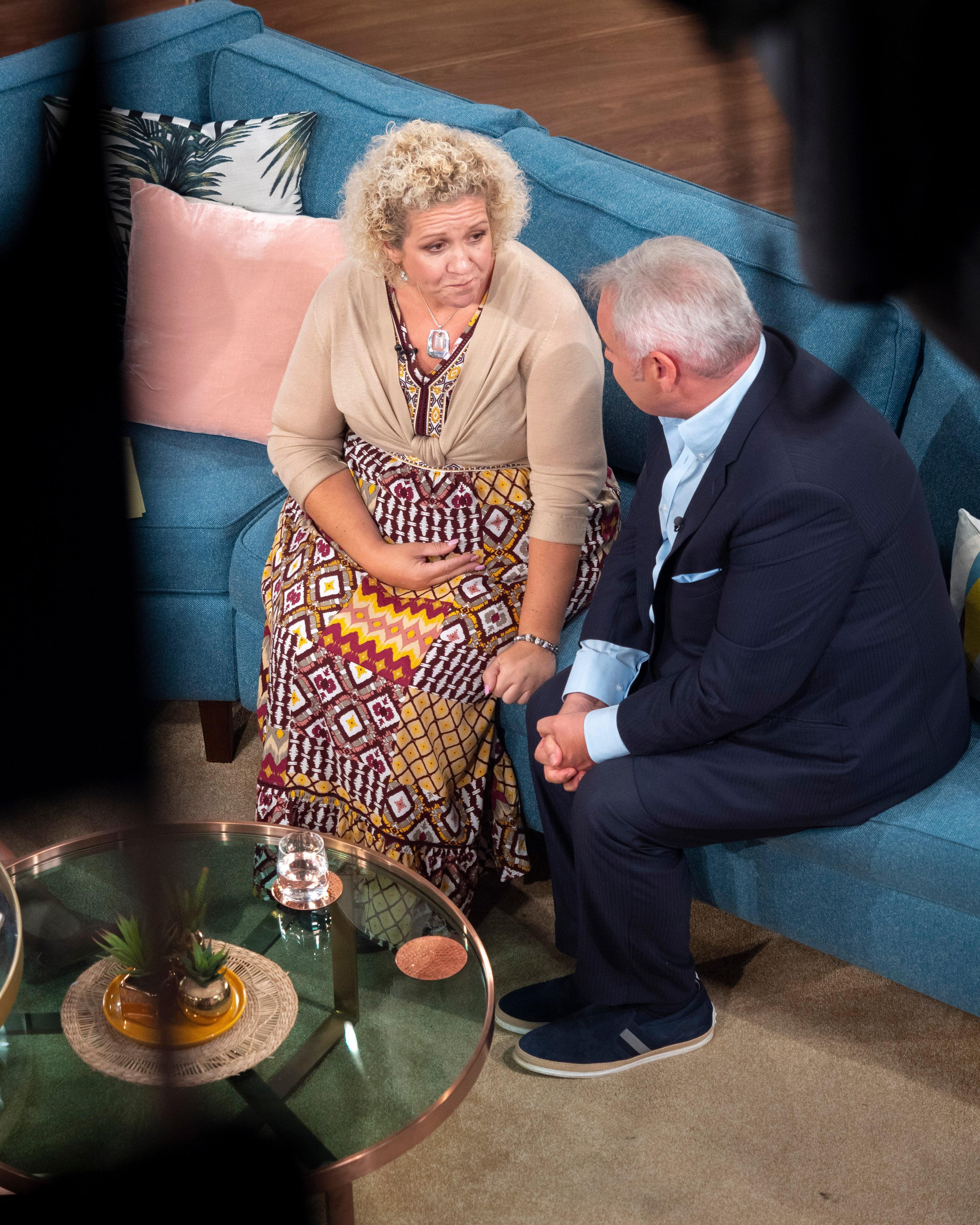 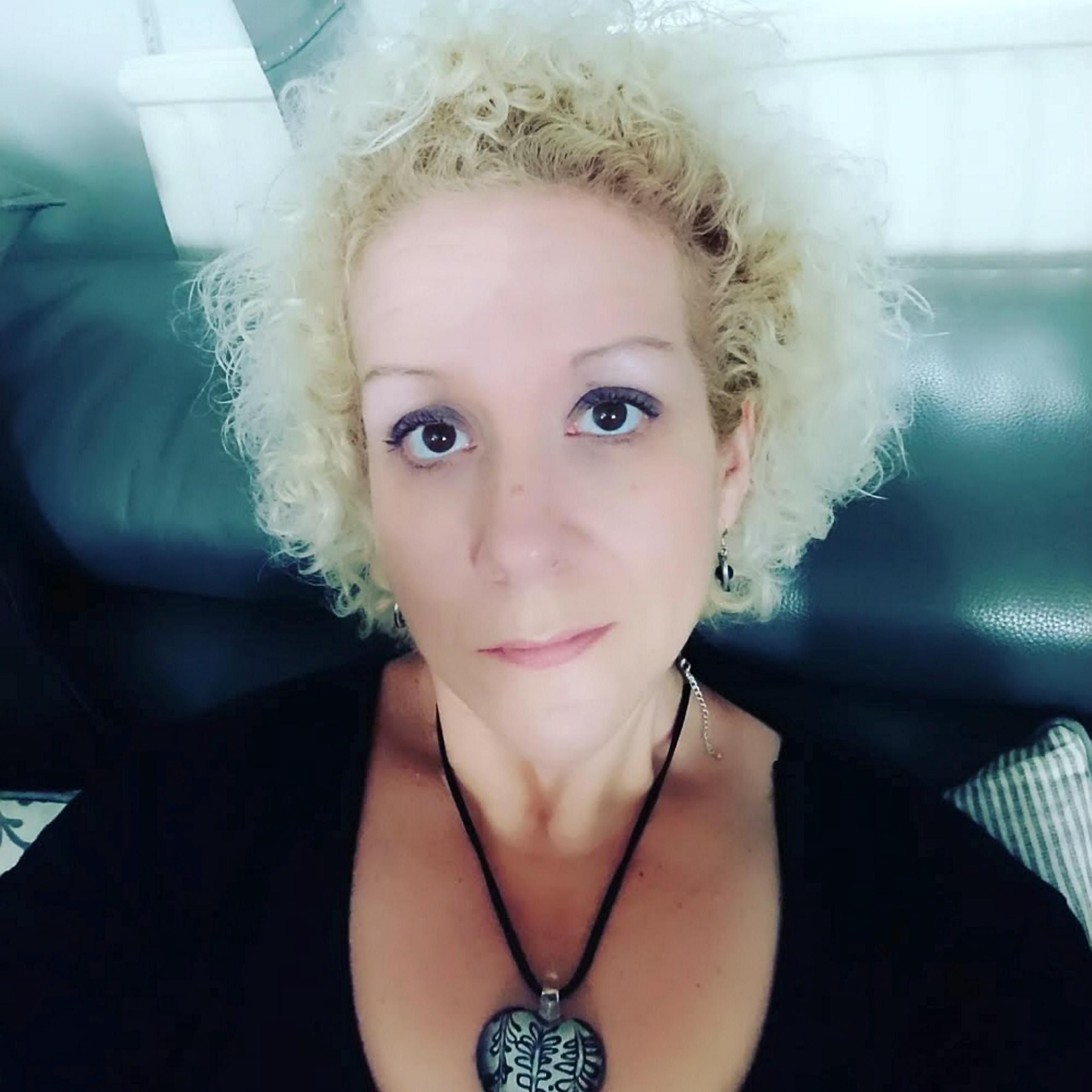 "I'd be out of breath, my legs would hurt and that's just after a dozen steps.

"I wouldn't go to the cinema as I just wouldn't be able to fit in the chair.

"I had to order my clothes online as the even the plus size stores wouldn't stock a size 36."

Fed up with her quality of life Hannah visited her local GP in June 2015 and was fitted with a gastric balloon for a year, and lost five stone.

In June 2016 she was admitted to St Richard's Hospital in Chichester, West Sussex, for a gastric bypass, which saw her stomach shrink to the size of a golf ball.

"After the operation I started to get my confidence back", said Hannah, who lost a further 13 stone.

"I started to help out at the school and volunteered for school trips. I finally had a circle of friends which I could call my own. 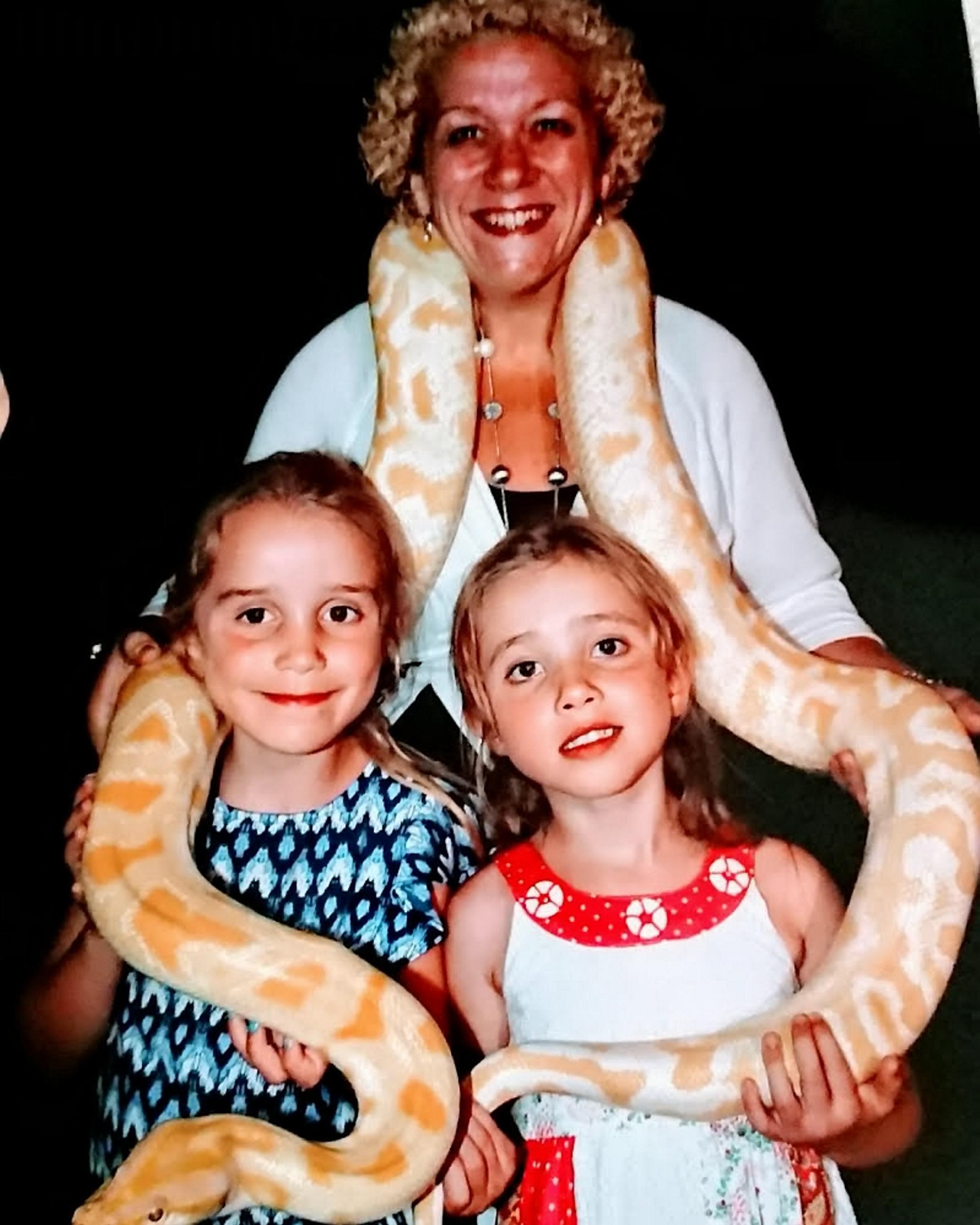 "Darren said he was happy and very proud of me."

But last summer Hannah and her husband split up after more than two decades together.

She said: "It was just completely out of the blue. He just turned round and told me he wasn't happy anymore and hadn't been for a long time.

"It was a complete shock. I ask myself everyday why he left."

The devastated housewife downloaded Tinder in March and messaged three people before striking up a blossoming connection with the London businessman.

HANNAH'S BEFORE AND AFTER DIET

"I had to introduce myself into the world of online dating so I thought I'd give Tinder a go", she said.

After she was rejected, she has found a similar negative response from other men.

Hannah said: "I sent the pic to a couple more men but the same happened. Again and again they would just go cold.

"Then there was this one guy who liked the picture but it turned out he had a fetish for bigger ladies.

"I don't just want to be an option for men with fetishes.

"All I want is to have something serious but I've come to the realisation nobody will want me with all my saggy skin."

With treatment unavailable on the NHS Hannah has set up a Gofundme page in to raise £25,000 bid for private treatment.

And Mariah Carey has ‘gastric sleeve surgery’ after struggling to lose weight.