Teachers Samantha and Martin Boatman were overjoyed to be giving their son, Michael, a little brother or sister but their excitement soon turned to heartache. 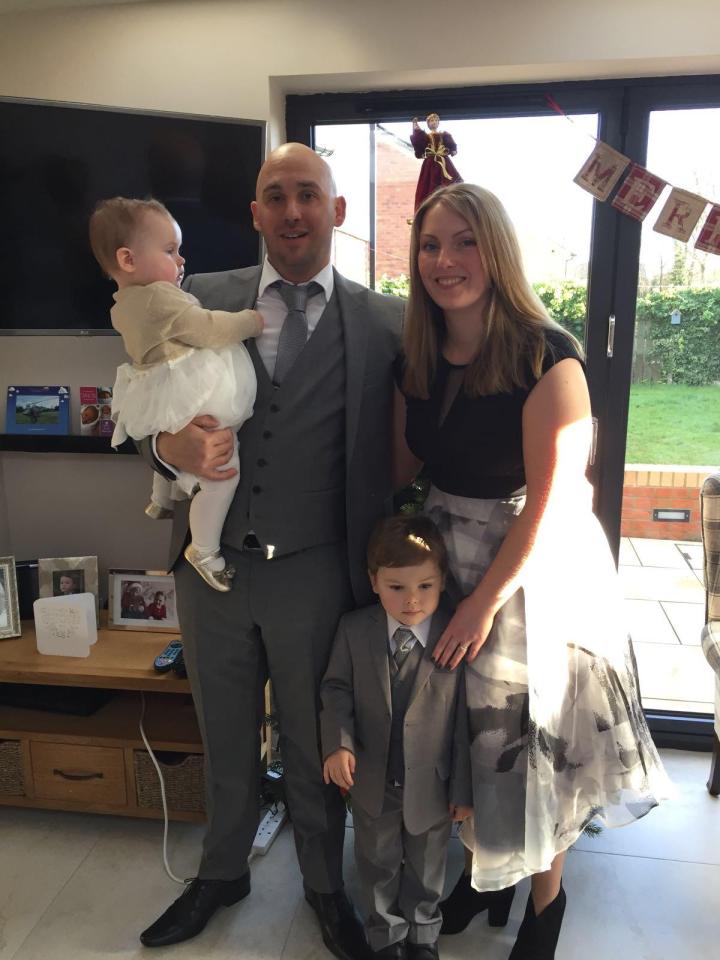 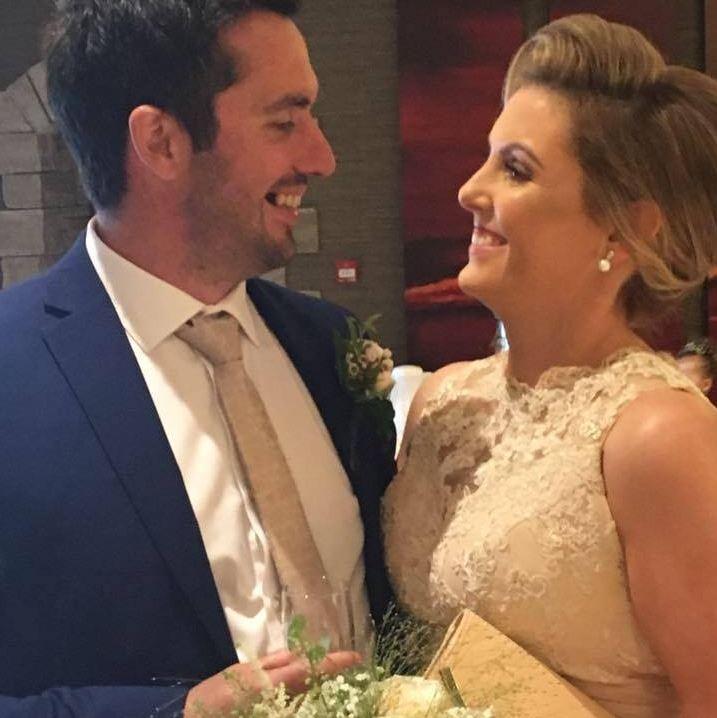 Samantha, 32, was pregnant with their second child, Esme, in 2016 when she first began experiencing severe stomach cramps and noticed blood in her poo.

But doctors thought the way her unborn baby was laying was impacting her bowel, meaning a colonoscopy carried a small risk to her pregnancy.

Samantha made the decision to wait until Esme was born before having a colonoscopy, which revealed she had stage three bowel cancer.

It comes days after The Sun launched its No Time 2 Lose campaign, to raise awareness of the symptoms of the disease and calling on the Government to lower the bowel cancer screening age from 60 to 50 – a move which could save more than 4,500 lives every year. 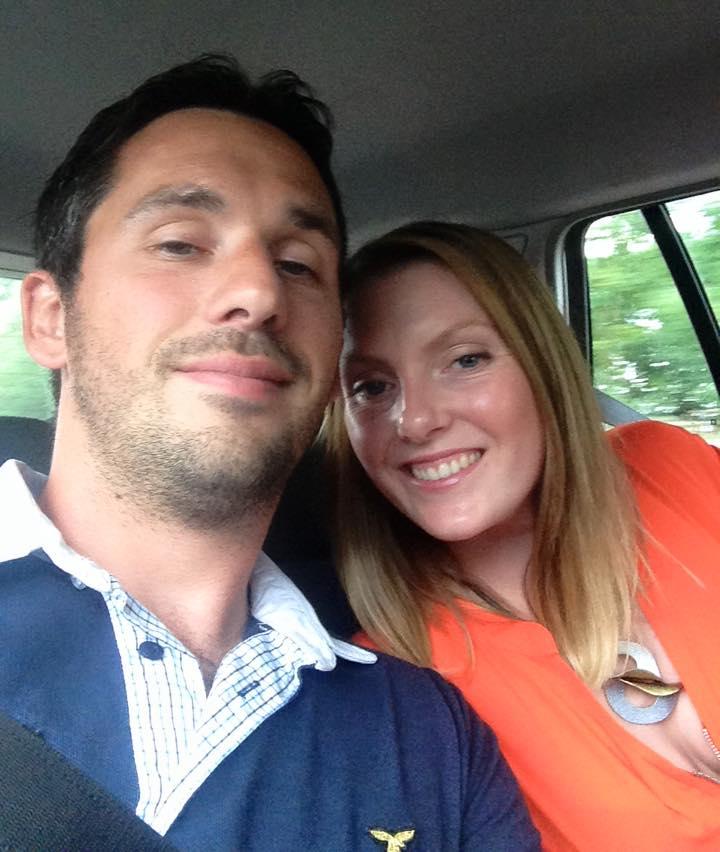 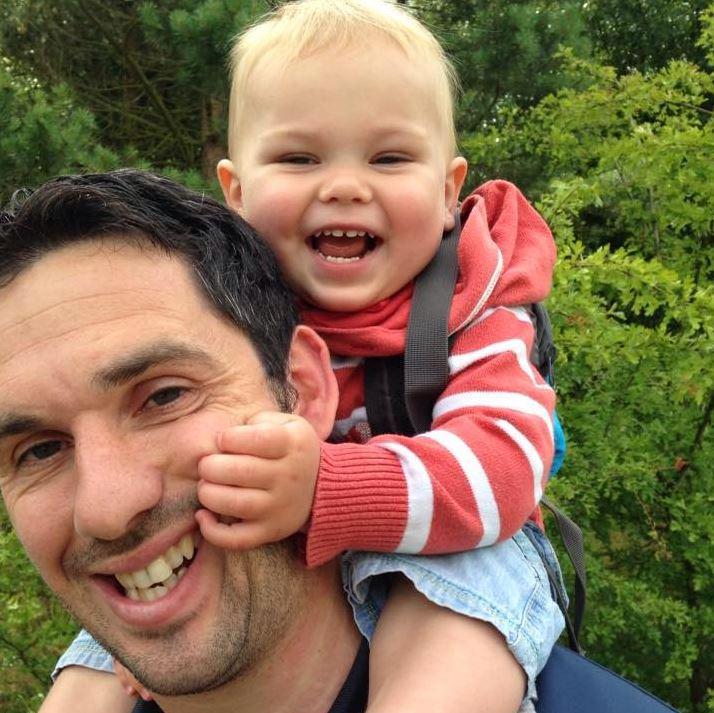 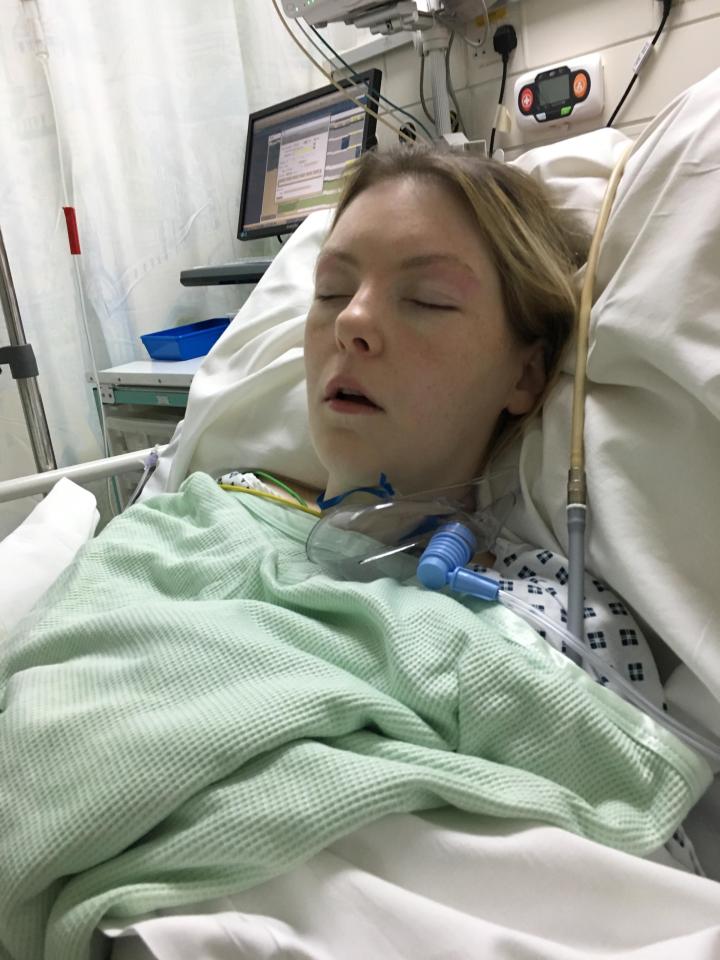 At the same time her husband Martin, 34, began suffering severe headaches that would leave him vomiting and struggling to walk.

Specialists tests at Sheffield Hospital revealed he had seven brain tumours, cancer in his lung, liver and bones – 17 tumours in total.

The teachers, from Washington, Tyne and Wear, were given the devastating news that his cancer isn't treatable, but Samantha's is.

The superfit husband, who also coached sailing and had never smoked, was told he might not live to see the birth of Esme just seven weeks away. 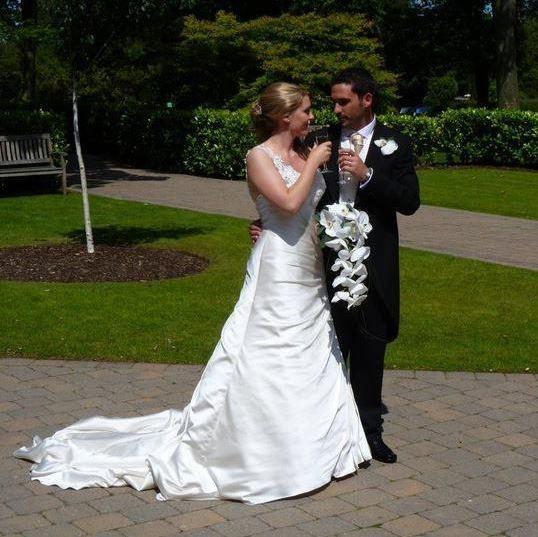 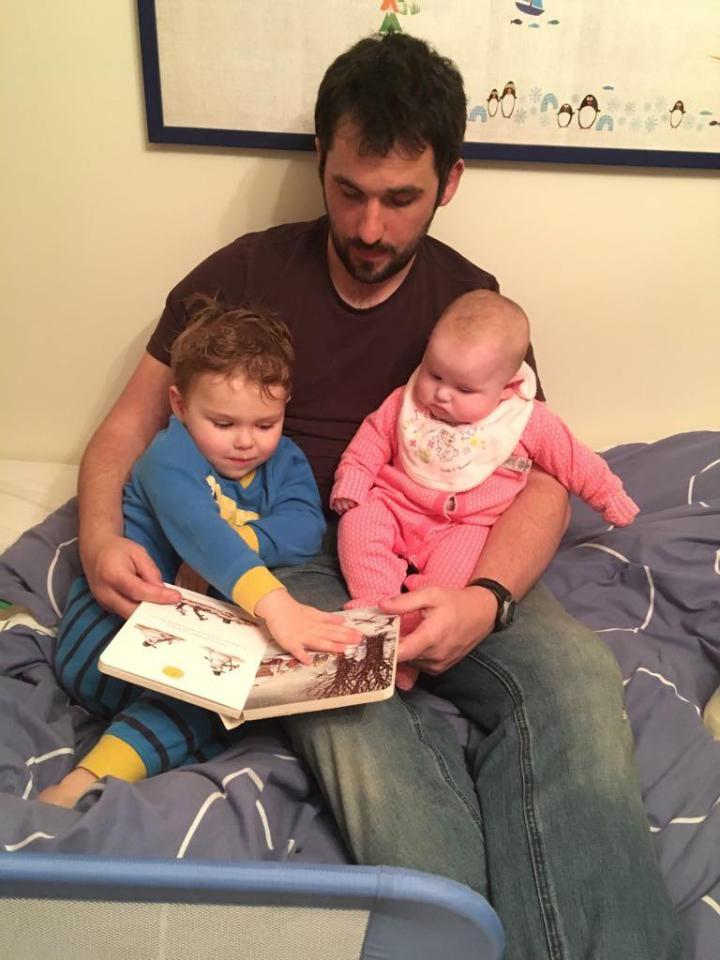 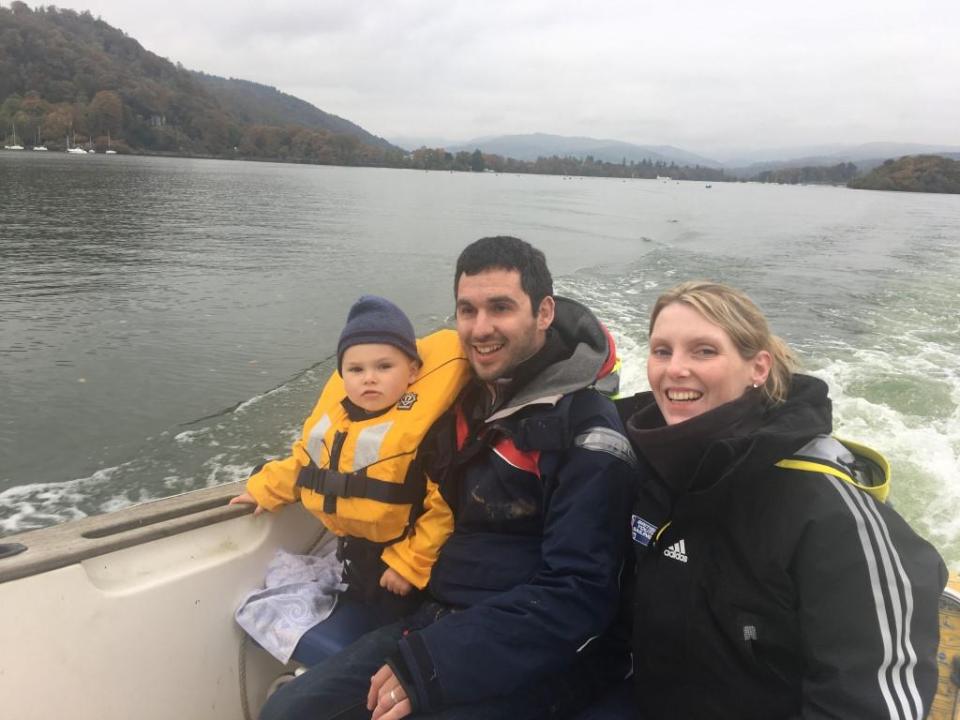 "After CT scans, we were hit with Martin’s diagnosis. He had multiple tumours in multiple parts of his brain. My heart pounded as Martin asked if the tumours were big. The answer was yes," Samantha said.

"Martin was the healthiest man I knew. He’d never smoked, rarely drank. It is unfathomable that he developed lung cancer when he was so fit.

"The specialist explained that he didn’t know for sure, but that it didn’t look like Martin would survive.

"It was like someone had thrown a wrecking ball into our lives. 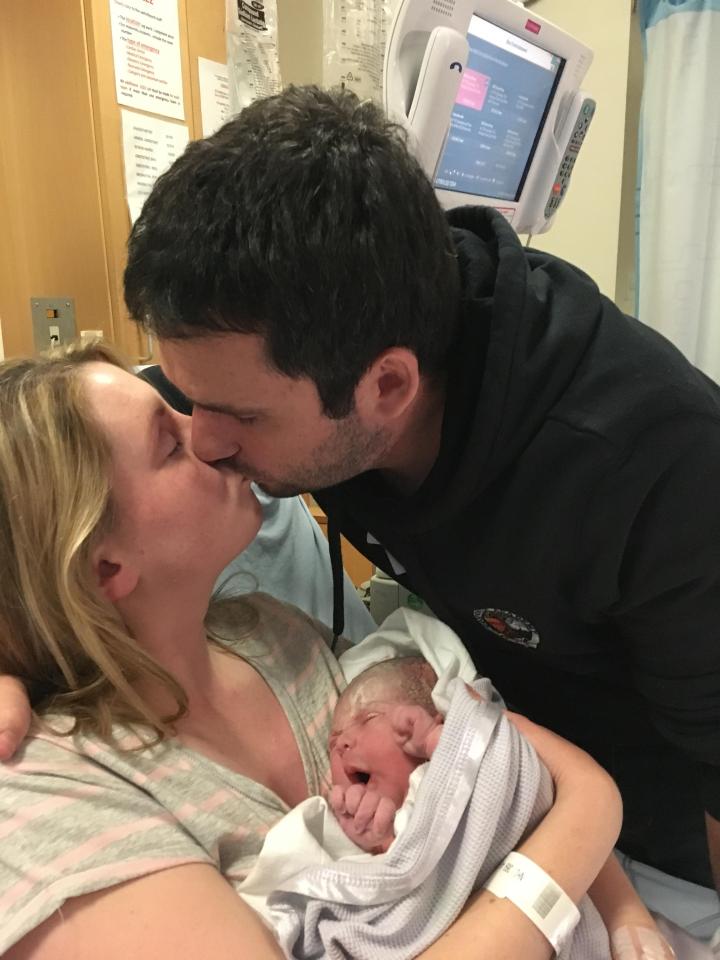 "Somehow we stumbled home and called our friends and family, who rallied around, assuring Martin he could beat it. He didn’t see how.

"That same afternoon we had an appointment at the maternity department and found out we were having a girl. We called her Esme."

"When they put the camera down my throat to look for the tumour a floating sponge, the shape of a ball, loomed into view and I knew that was it," Martin added.

"That was my cancer."

Martin began framing photos of himself and his family for his kids to remember him by, and recorded himself reading goodnight stories in case he never got to meet Esme.

NO TIME 2 LOSE: WE'RE FIGHTING FOR FAIR SCREENING FOR ALL BRITS

Bowel cancer is the UK's 2nd deadliest cancer, claiming 16,000 lives a year, but it CAN be cured – if it's caught early enough.

Fewer than one in ten people survive bowel cancer if it's picked up at stage 4, but detected quickly, more than nine in ten patients will live five years or longer.

That's why The Sun wants to see a simple poo test offered to everyone, every two years, from their 50th birthday.

At the moment, Brits are subject to a postcode lottery, with those living in Scotland screened from 50.

But south of the border in England, and in Wales and Northern Ireland, those tests aren't offered until 60 – resulting in thousands of needless deaths.

Our No Time 2 Lose campaign is calling for

And we want you to dig deep and help raise money for Bowel Cancer UK and Beating Bowel Cancer – who work tirelessly to beat this disease. Donate here.

At one point the keen runner, who had also sailed for Great Britain, realised he still hadn't taken his son out on the water.

When Esme was born on November 12, 2016 he was there to cradle their new daughter, but things soon took a turn for the worse for Samantha.

During her pregnancy she had begun experiencing stomach cramps and blood in her stools.

"I’d only had symptoms during pregnancy – if it wasn’t for Esme, I wouldn’t have known there was something wrong until it was too late. She saved my life," she said.

"By the end of April the cramps were so sudden and sharp they’d take my breath away. Then I started passing blood too.

"I could muster through until the baby was born and the specialist said there was only a one per cent chance of cancer. 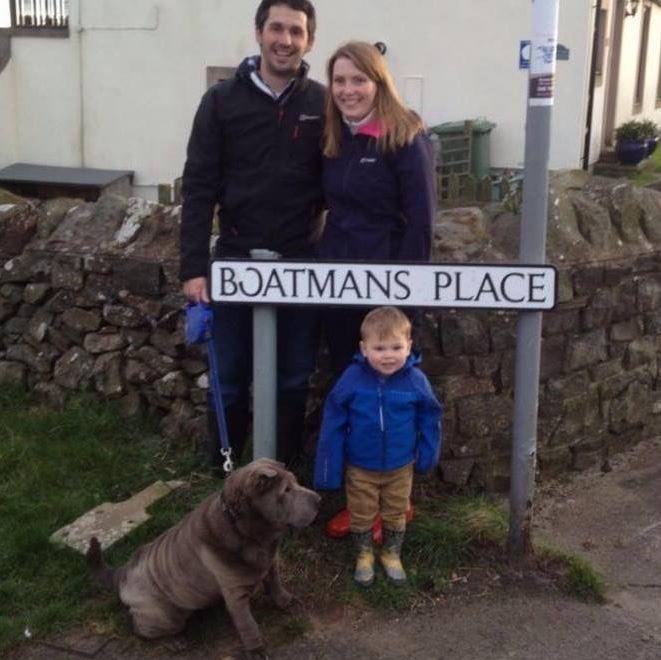 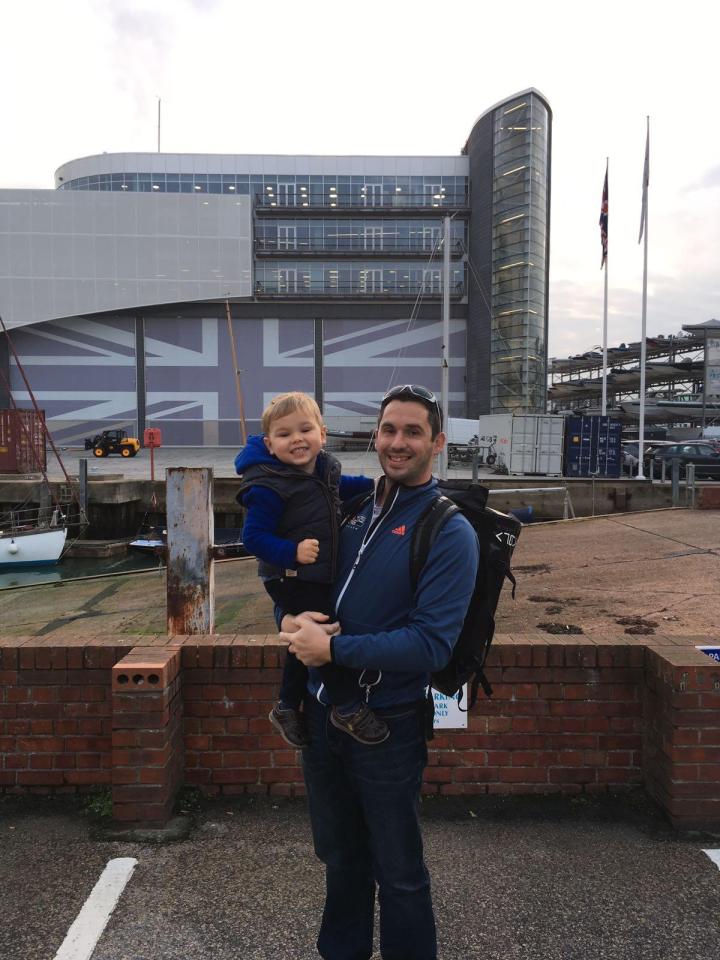 "But by 28 weeks gestation the pain had become excruciating. An ultrasound showed my liver and kidneys were fine, but the baby was hiding my bowel."

Referred for a colonoscopy six weeks later on January 3 Sam was told she had bowel cancer and it was advancing fast.

"Martin was beside himself. The only thing keeping him going was the thought that if he died I’d still be here for our kids. I knew I had to fight for my life," Sam said.

In February 2017 Samantha had surgery to remove her cancer, which had also spread to her lymph nodes, and is now winning her fight against the disease after six months of chemotherapy.

Martin has not been so lucky. 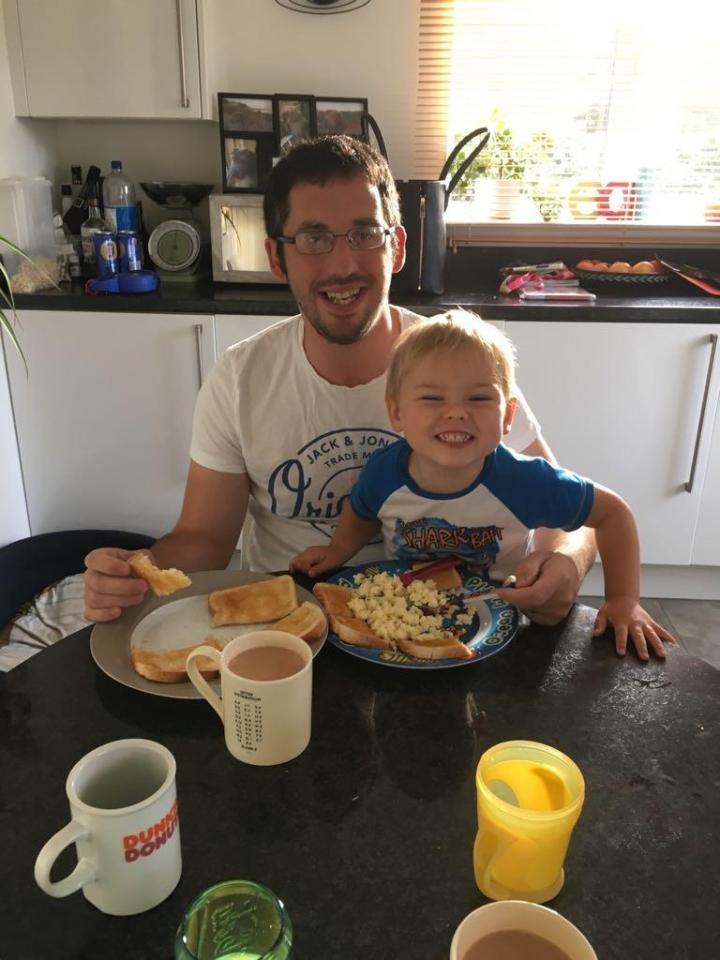 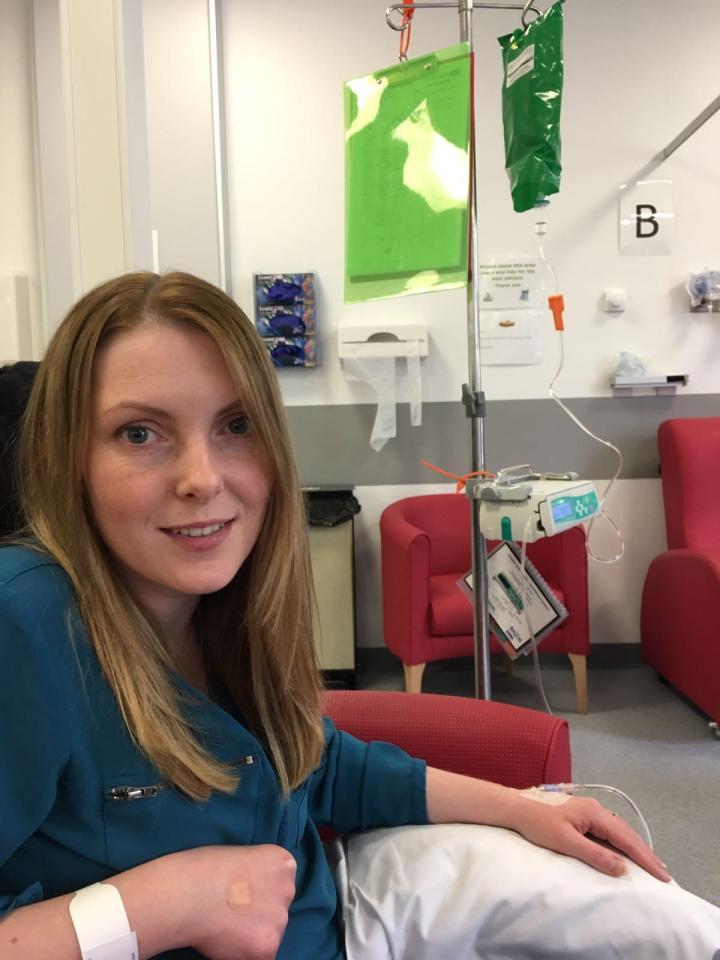 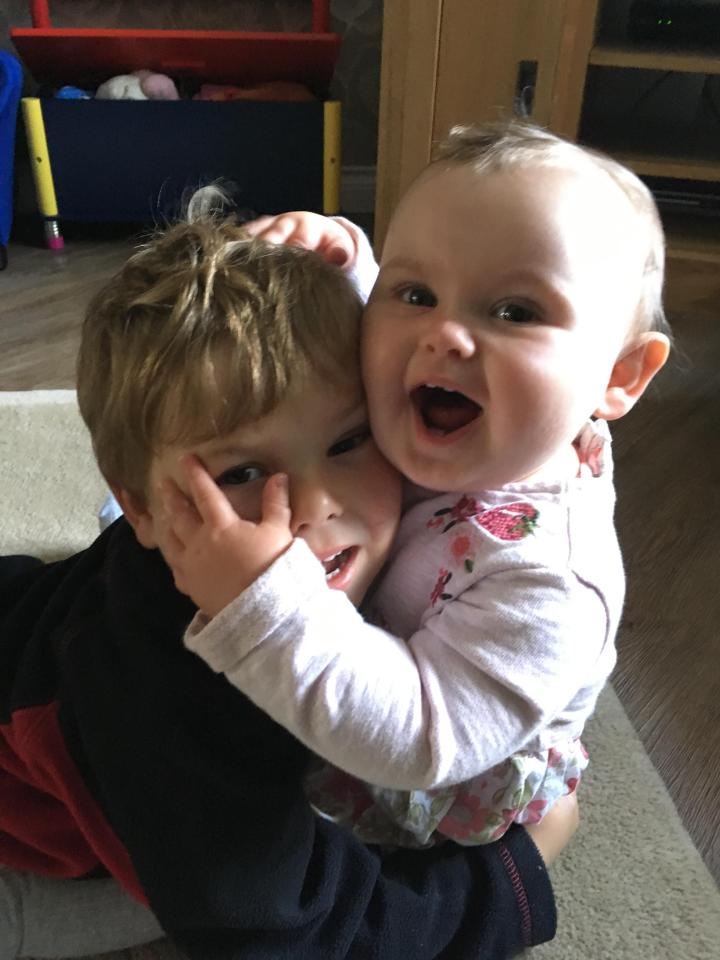 New drugs have been able to shrink his brain tumours, but his lung cancer is incurable and doctors don't know how long he has got.

"One day his cancer will find a way to outsmart the drugs. He might have five good years, it might all go downhill tomorrow. We try not to live in a constant state of dread."

KNOW THE SIGNS What are bowel cancer’s symptoms and signs, how do you get treatment for the condition and what is The Sun’s screening campaign?

"Even though our situation is bleak, we’re grateful for every day we have left together," Samantha added.

"We make light of the situation, cracking jokes about who’s got it worse. Humour is our way through these muddy waters." 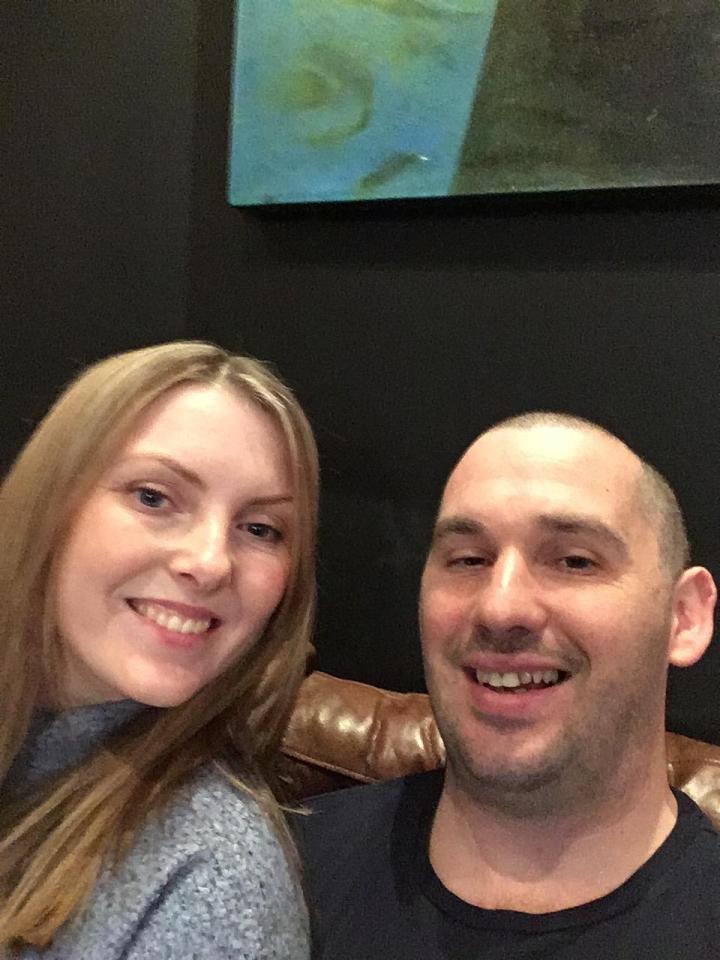 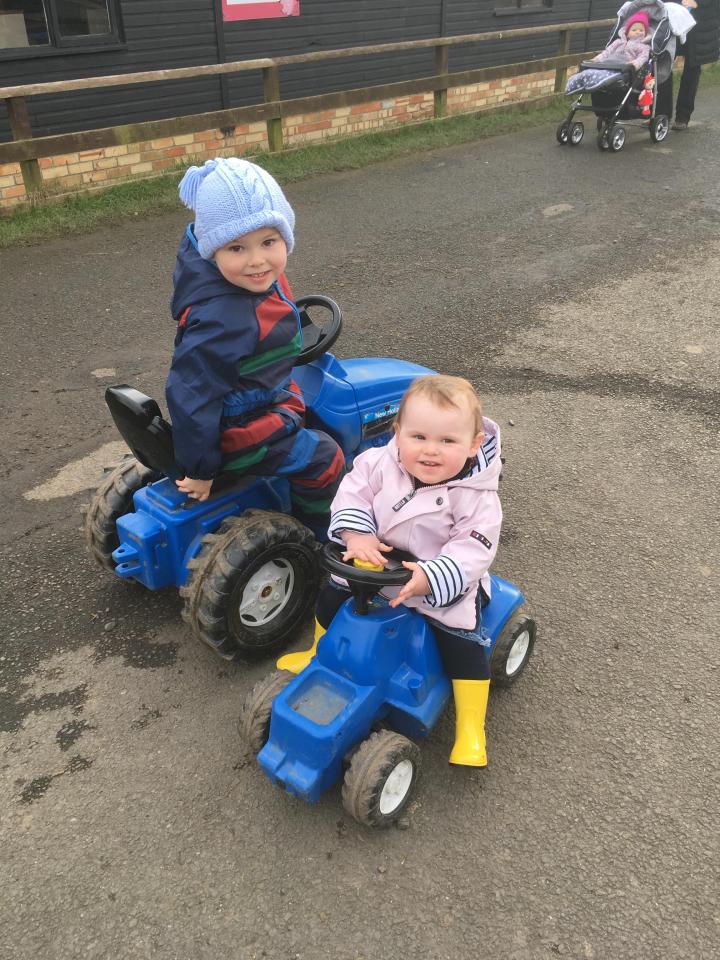 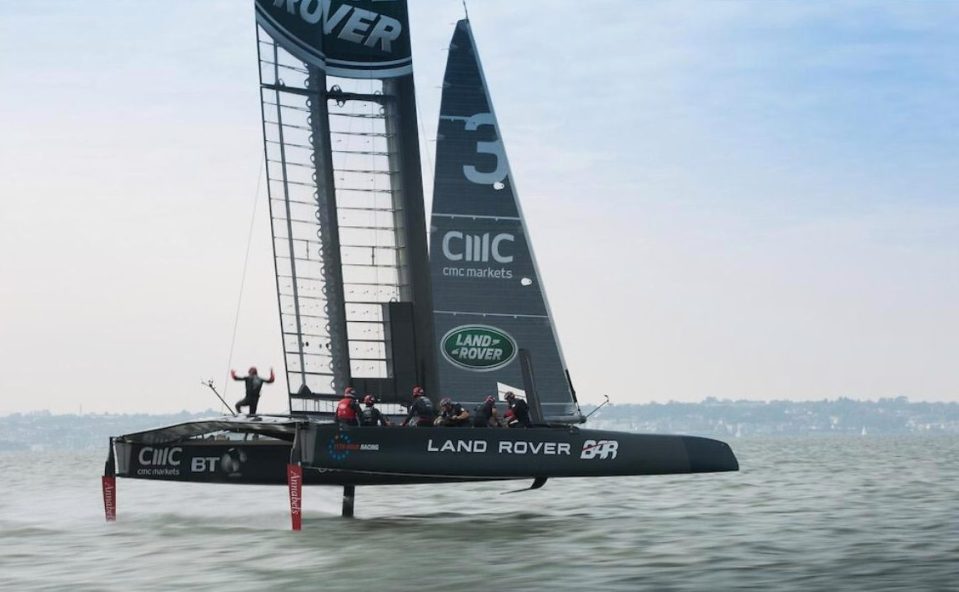 But if it wasn't for the love and support from their friends and family they wouldn't know how to cope, Samantha explained.

Friends rallied around them to throw a surprise baby shower, organised for Olympic champion Ben Ainslie to take Martin sailing, took him to Silverstone to watch motor racing and to Sunderland to watch the football.

"Our friends were incredible," Samantha added.

"When Martin realised he’d not yet got around to taking Michael sailing, his mates Kev and Bov organised a day out on Ullswater Lake.

Samantha and Martin support Cancer Research UK, you can donate at cancerresearchuk.org.