WE'VE been making fried eggs for so many years now that we pretty much do it on autopilot.

But while we usually just aggressively crack the egg on the side of the pan and hope for the best, chef Yasmeen AlSawwaf has revealed her foolproof method for ensuring the perfect breakfast every time. 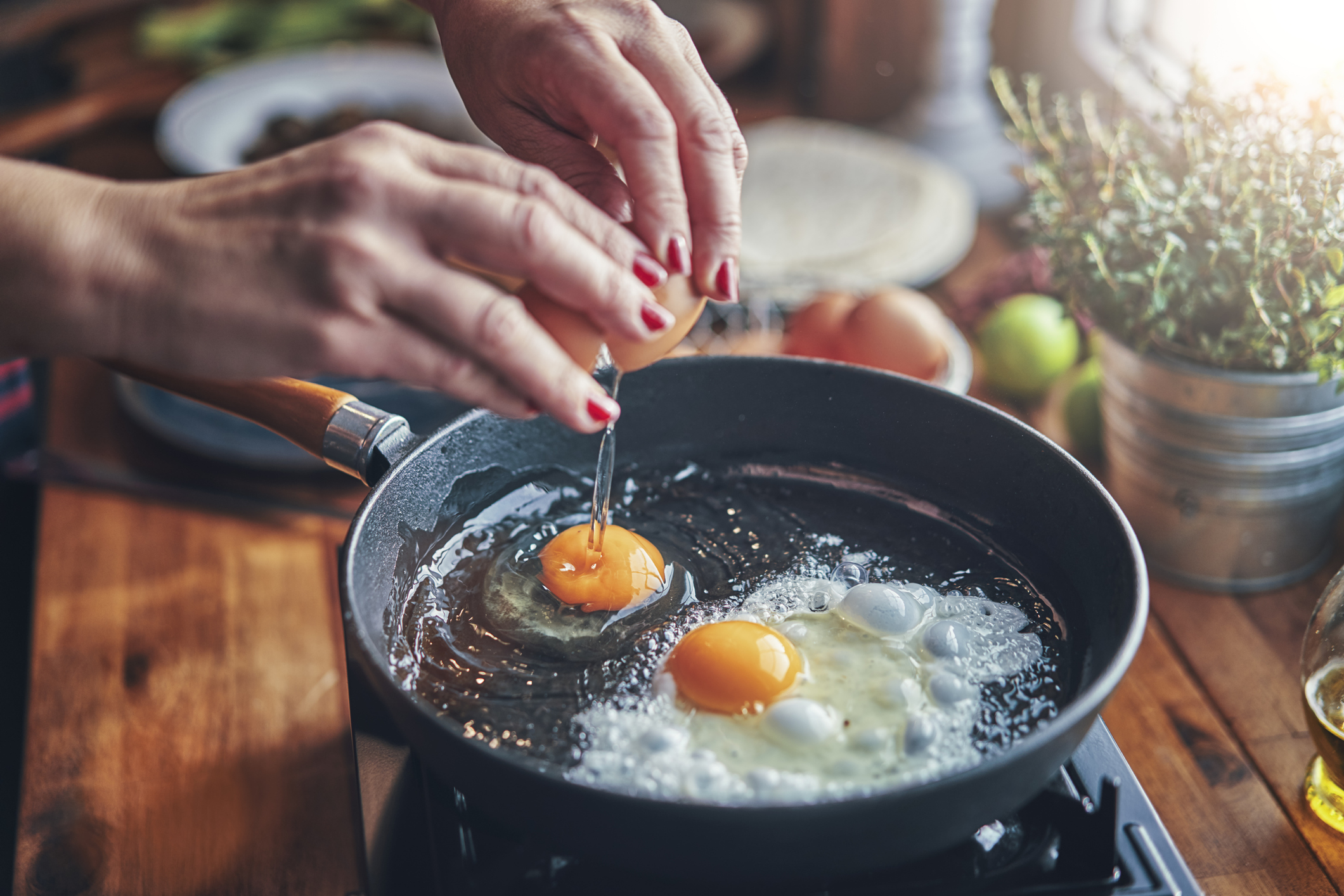 Speaking to Eat This, Not That!, Yasmeen said the first thing you need to do is make sure you're cooking with a non-stick pan so it doesn't catch at the bottom.

Next, the chef recommended adding a generous dollop of butter to the pan and then cracking the egg into a separate bowl.

But why not just do it on the pan? Well the hot metal means you're more likely to crack the yolk – which ruins your breakfast before you've even started.

That said, she's stressed how important it is to keep an eye on your eggs the whole time to avoid overcooking them.

She continued: "Having high heat means that the eggs could brown and blister before being properly cooked in the centre.

"Fried eggs should be shiny and have fully set whites and shouldn't be blistered or browned, while the yolks should be properly cooked according to your preference."

What's more, Yasmeen also urged people to use fresh eggs where they can.

She explained: "When an egg ages, the whites and yolk thin out.

"This means that the white will spread instead of being compact and thick and the yolk won't sit atop the whites perfectly."

For more food tips, you’ve been cooking steak all wrong… Michelin-star chef reveals five steps you must follow including a smoking pan.

And this dietician claimed her ‘recovery lemonade’ is the best way to cure a hangover – here’s how to make it.

Plus this mum spent £3.29 on a Toby Carvery Too Good To Go bag & was stunned by the amount of meat & Yorkshire puddings she took home.